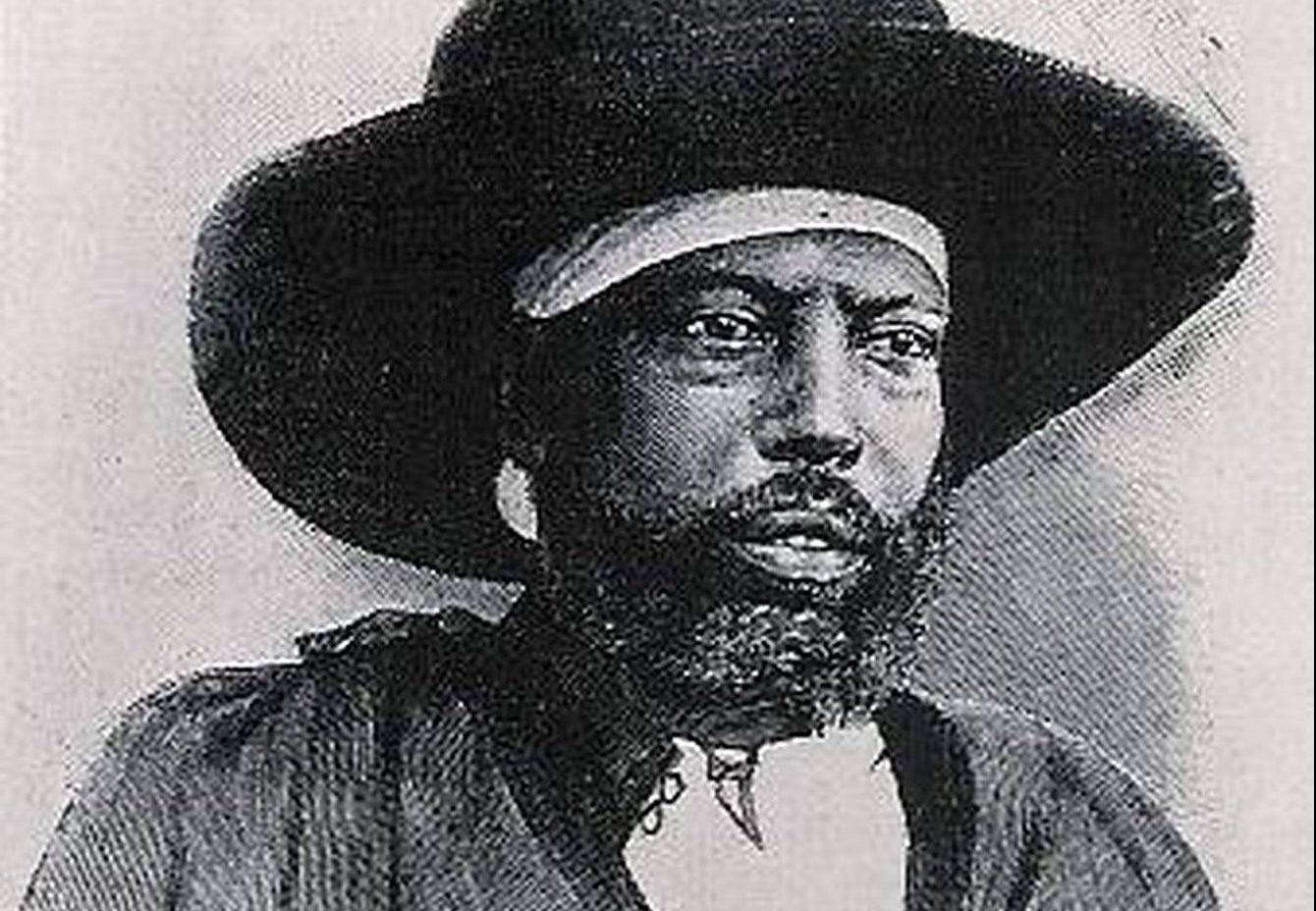 “He will rebuild the Ethiopian empire.” A foretelling from the old Shoan King. That’s a high expectation for a lowly prisoner of war. Menelik II, the rightful heir, lies in his cell dormant. His father’s incompetence has gotten him into this predicament as he was taken as a prisoner of war by the new, conquering emperor, Tewodros II. Menelik’s father had not only lost Ethiopia, but also their home state of Shoa, and his life.1

While others lost hope, Menelik saw opportunity. He laid patient and did the only thing he could, learn. He learned from his assigned tutor. He studied greatly in clerical and martial education and became knowledgeable in politics because of his living situation in the court. He learned the necessary arts of war and horsemanship. He used the state dinners as a way to build relationships with those of nobility or of relative status. Due to his proficiency and drive, Tewodros took a liking to him and gave him more support, as he saw Menelik as a son.2

However, there was still a task at hand for Menelik. Rebuilding Ethiopia was like attempting to move a mountain. Menelik II knew he needed to move on and use his knowledge to lead his people, the Shoan people. Once the Shoa broke away from the Christian Ethiopian kingdom and the Shoan throne became open, Menelik II promptly left and reclaimed his rightful throne as negus (king) from an usurper. He was a prisoner turned king, but that was only the beginning.3

The newly crowned King of Shoa wasn’t content just yet. He had greater visions in mind for not only Shoa but for the Ethiopia people. His grandfather had prophesied to him that he would reunite the Ethiopian people, and he had every intention to do so. He commenced several diplomatic trips, traveling to the various neighboring factions of the divided Christian Ethiopian kingdom, and he established many diplomatic relationships. Menelik II threw extravagant three-day feasts for the locals to win their favor, and subsequently their public support. Despite swearing fealty to the new king of Ethiopia, Yohannes IV, Menelik continued his incursions as he negotiated and cultivated friendships with the Mahdists (who held power in neighboring Sudan), with Victorian England, and with the Italians in 1883. He exploited these relationships to obtain important European technology, specifically firearms.4

Menelik then set his sights on unification as he conquered the neighboring nation Hara and the Oromo-speaking nations south and east of him. These conquests provided him with access to important trade routes and new sources of ivory and slaves, greatly adding to his resources. With this newfound power, Menelik now rivaled the king of Ethiopia, Yohannes IV in power, making a power struggle for King of Ethiopia in the near future inevitable. However, before the power struggle could come to the forefront, Yohannes was killed on the battlefield at the hands of the Mahdists. Sensing that the stars had aligned, Menelik snatched the title of negus negast (king of kings), becoming the king of Ethiopia. Promptly, he signed the Treaty of Wichale with Italy and continued to strengthen his army through trade. However, the Italians had a trick up their sleeve, as in the Italian version of the Treaty of Wichale, in which Italy claimed Ethiopia as a protectorate.5

The time had come. The European Scramble for Africa was in full swing as the European countries were racing to Africa with the hopes of colonization and annexation. After the Berlin Conference of 1884, parts of Africa were partitioned to the various European countries. The rumblings of European colonization had grown louder and louder. Now it was blaring in Menelik’s ears. He’d always known the Italians’ true intentions of colonization. He knew that their proactive attitude to the commencement of trade between the two nations was a facade to hide their desires to colonize. However, instead of taking impetuous actions, he waited and grew his resources during this calm before the storm. The war for independence was imminent. With the hopes of his kingdom on his shoulders, the chance to make history was upon Menelik II.6

Based on the trend of the other African nations, Ethiopia was projected to lose the war. The downfall to the other nations was their lack of unity and organization when it came to war. Menelik’s political insecurity and Italy’s greater military experience should have been Ethiopia’s undoing.  However, Menelik knew this. He knew even with his firearms, the Europeans were still superior militarily. However, Menelik knew that that wasn’t his country’s strength. Menelik knew his country’s strength was in the waiting game. Menelik’s goal wasn’t to overpower the Italians, but to prolong the war, as he knew that time was their friend. He was waiting for the Italians to make the wrong move, and then, and only then, would he release a direct assault, which would be the final blow.7

As the Italian “what was supposed to be quick” incursion dragged on, the Italians became restless, both back home and on the battlefield. The leader of the Italian forces, General Oreste Baratieri, became irritated with the dragged out nature of the war, as it forced him to expend more resources, and as time went on, it caused his peers and subordinates to call into question his military capabilities. General Baratieri wanted Menelik to order an all-out assault against the fortified Italian defense early in the war proceedings, which the Italians would have easily overcome, subsequently, ending the war. But Menelik didn’t play into the hands of Baratieri. Menelik knew this fact and exercised the strategic initiative. Menelik avoided a head-to-head battle and instead forced Baratieri to adapt to his movements, further frustrating Baratieri. Baratieri kept preparing for an attack that never came.8

The Italians troops themselves had become tired and fatigued, due to the prolonged war. Baratieri forced the troops to dig trenches day in and day out, in preparation for the fictitious attack he proclaimed would come. This consumed the troop’s morale and strength. Many were homesick and had families they wanted to return to. Slowly, they too began to question the military capabilities of Baratieri. Back home, the Italian government grew restless as their resources and supplies were being strained by the war. But, most importantly, their prestige and honor were being desecrated by this war as the world marveled at Italy’s inability to quash the people they saw as inferiors. Calling Baratieri’s shortcomings a “military wastage, not a war,” the Italian politicians were putting immense pressure on Baratieri.9

As the sun rose on March 1, 1896, history would be set in stone. Motivated by his need to avoid public humiliation and disdain of the Italian prime minister, General Baratieri, irrationally, launched a surprise attack on the Ethiopia army in Adwa, which quickly turned sour for the Italians as the weakened Italian force of 17,700 paled in comparison to the 100,000 men ready to slaughter them and protect their land. Ordered by General Baratieri, the Italian army deployed in the late hours of February 29 around 9:30 pm, hoping to catch the Ethiopians by surprise. Soon he’d realize the true depth to the folly of his abrupt, irrational actions. Around 4 am, a messenger came crashing into the local church where he found Menelik in deep prayer with his wife, Empress Tatyu. The messenger revealed the movements of the Italian army. Sensing the opportunity at hand, Menelik rallied his troops. As the rising dawn illuminated the warriors, “For the Motherland! For the Emperor! For the Faith!” roared the army circling him and the flag.10 Throughout all his military campaigns, Menelik always carried his altar tablet (tabot) of St. George. St. George’s feast day is March 1. Destiny had arrived.11

Once 6 am rang, Menelik ordered the attack. With the future of the Ethiopia kingdom on their shoulders, the Ethiopian men journeyed out to intercept the Italians’ surprise attack. The true undoing of the Italians’ surprise attack was the direct subordinates of General Baratieri, specifically, General Albertone. General Albertone’s eager and impetuous actions ruined Baratieri’s plans and put his men in a horrible situation. Albertone’s subordinate unit moved quicker than Baratieri had instructed them, causing them to overshoot their position, ruining the formation of the Italian army. As the sun rose, the Italian men were in complete disarray and had no means to communicate with their superiors for further instructions. The Ethiopian army quickly intercepted and apprehended them. The main force of Italians still trudged on and engaged the Ethiopians. Initially, the Ethiopian soldiers were repulsed, but wave after wave continued the onslaught. Sensing the opportunity, Empress Tatyu, contrary to her normal behavior on the frontlines, removed her veil and approached the soldiers on foot. She yelled praise and encouragement to the fighting soldiers. Yelling “Courage! Victory is Ours!,” the Empress motivated the soldiers as she was a living embodiment of the Ethiopian valor they sought to protect. The Ethiopians had the composure, momentum, and most importantly, the stronger leader. Smelling blood and the weakness of his enemies, Menelik intensified the onslaught playing to his advantage in numbers. Taking advantage of the Italian army’s faulty formation, Menelik charged and isolated the Italian army into three parts, maximizing his advantage in pure manpower. By the break of the dusk, the battle had been fought and a new dawn broke upon the Ethiopia kingdom.12

Independence. Finally, independent. The old Shoan King’s foretelling stood the test of time. Menelik just did the impossible. King Menelik II, leader of an African nation, successfully repelled European invaders and kept his nation independent. Ethiopia was one of the only nations still independent after the late nineteenth-century European Scramble for Africa.13

Menelik, wisely, decided to allow Italians to continue to occupy neighboring Eritrea to avoid future altercations, settling for Italy’s recognition of Ethiopia’s independence. Menelik had just secured Ethiopia’s independence, but the job wasn’t done as he desired improvement. He built a railroad, which linked Addis Ababa in Ethiopia with the Red Sea port of Djibouti, catalyzing the birth of new markets. He organized a postal system and created telegraph lines, drastically improving communication in the kingdom. He brought forth better roads, a hospital, and the kingdom’s first hotel. He also introduced a national currency and established the Bank Of Abyssinia. Menelik’s various actions in the different sections of the kingdom brought forth the rebuilding and improvement that the old Shoan King foretold about all those years, effectively modernizing the kingdom.14