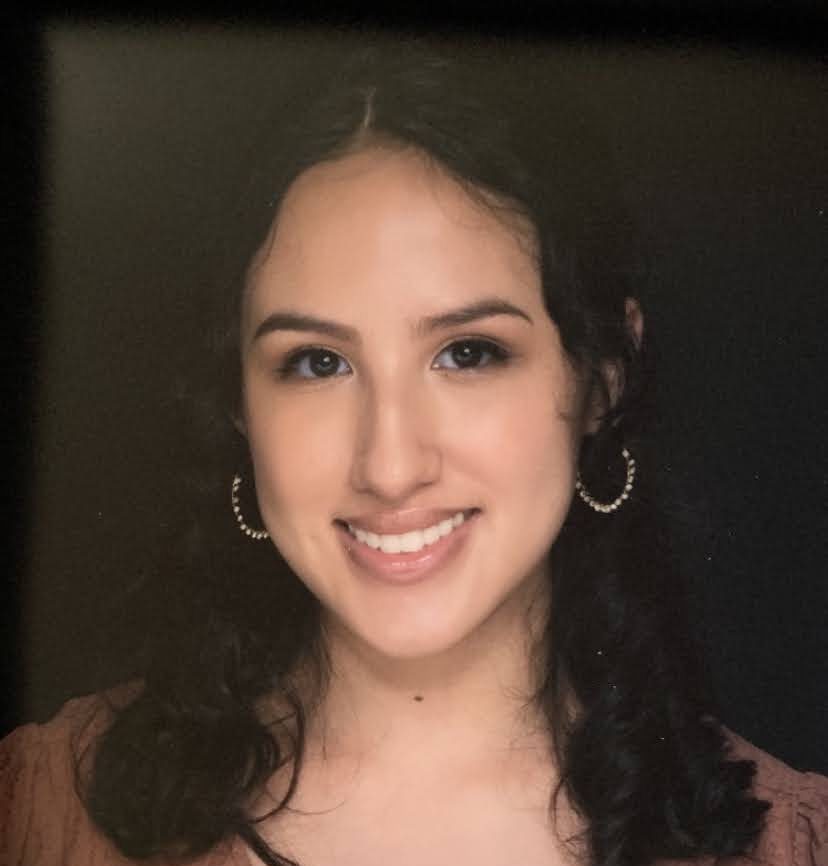 While many may not be familiar with the ancient Persian religion of Zoroastrianism, scholars of the Abrahamic faiths have found that many tenets of Zoroastrianism are similar to those found in Judaism. Comparing Jewish and Zoroastrian eschatology is especially interesting. The comparison has led scholars to ask: To what degree did Zoroastrian beliefs affect the eschatological concepts within Judaism? In his journal article “Zoroastrianism and Biblical Religion,” Charles David Isbell argues that, although some similarities exist between the two, the eschatological ideas in Judaism operate differently from those in Zoroastrianism; therefore, no significant borrowing of Zoroastrian ideas occurred.1 James Barr believes that the differences between Zoroastrian and Jewish eschatology, despite surface similarities, points to some Zoroastrian influence, but not direct borrowing.2 L.H. Mills sees the similarities between the two religions as substantially significant; however, he believes the two developed in parallel or with very little Zoroastrian influence on Judaism.3 On the other side of the argument, Mark W. Muesse, in his book The Age of the Sages, has concluded that there was a strong Persian influence on all Abrahamic religions, including Jewish eschatology.4 I argue that Judaism most likely borrowed substantially from traditional Zoroastrian eschatology, especially when it comes to the ideas of the destination of souls to heaven or hell, to the idea of an ultimate judgement day, to the happenings of an “end time,” and to the idea of a resurrection and immortality.

In Zoroastrianism, the moral quality of the soul is the deciding factor in where a soul will spend eternity.5 After death, the soul goes to Mount Hara where the Chinvat Bridge stands. Here the morality of the soul is weighed. If the soul is mostly good, it is able to cross the bridge into heaven. If the soul is mostly bad, the bridge crumbles and the soul falls to hell.6 Interestingly, the Jewish faith has similar ideas about heaven and hell, but only in post-exilic literature. Before the Babylonian exile, Jews believed that souls spend their afterlife in Sheol, or an underworld where all souls would spend eternity no matter their moral quality. Post-exile, we see the Jews adopt the idea that souls can be sent to one of two realms after death, heaven or hell. Their final destination was dependent on how moral a person was in life.7 Some scholars believe that Jewish and Zoroastrian ideas of the afterlife are too different to have a relationship. Sheol is an uncertain underworld that staunchly contrasts with the certainty of the Zoroastrian afterlife. No one knew what happened once a soul arrived in Sheol. All that was known is that all dead souls spent eternity there.8 Zoroastrians knew much more of their afterlife. They were positive that souls would walk across a cosmic bridge, either entering heaven or falling to hell. They knew they would meet their god in heaven or his evil counterpart in hell.9 However, this comparison is between Zoroastrianism and pre-exilic Jewish views of the afterlife. After the Babylonian exile, we see Jews designate heaven and hell as the final destination for one’s soul after death depending on the soul’s moral standing.10 There they will spend eternity, an idea not considered before Jewish contact with the Persians.11 The emergence of these beliefs only after the Babylonian Exile suggests that Jews borrowed some eschatological tenets from the Zoroastrian Persians during this period.

Another tenet of Zoroastrianism is the Final Judgement Day. During this time, all souls will be resurrected and fire will rain down upon them. The immoral souls will be destroyed in this downpour while the righteous will be spared.12 In Judaism, particularly in the books of Ecclesiastes and Daniel, we find a similar idea of a final judgement. Ecclesiastes 12:14 describes how God will judge all the actions of all people. Specifically, the prophet writes, “For God will bring every deed into judgment, including every secret thing, whether good or evil.” Daniel illustrates the resurrection of dead souls and notes that those with upright morals will live a favorable eternity.13 Isbell argues that while similar, Zoroastrian and Jewish beliefs of a Final Judgement Day operate very differently. In Zoroastrianism, the purpose of the fiery ordeal in end times is to destroy wicked souls. In Jewish texts, trial by fire is also mentioned, but instead of the fire destroying souls, the fire is meant to refine them. Malachi 3:3 describes how God will “sit as a refiner and purifier of silver, and he will purify the sons of Levi and refine them like gold and silver…” Similarly, in Isaiah 1:25 the prophet writes that God says, “I will turn my hand against you and will smelt away your dross as with lye and remove all your alloy.” The Jewish God strives to make all souls virtuous, whereas the Zoroastrian God plans to completely wipe out all evil souls.14 However, the idea of a Final Judgement Day did not surface in Jewish texts until after contact with the Persians after the Babylonian exile. The scriptures referenced earlier, Ecclesiastes and Daniel, were written by post-exilic Jews. Many scholars agree that the adoption of an idea so closely tied to Zoroastrianism after contact with practicing Zoroastrians cannot be a coincidence. There must have been a transfer of ideas, even if those ideas are somewhat modified from their initial Zoroastrian forms.15

Resurrection is a defining quality of both Zoroastrianism and of the Abrahamic faiths. In the world’s final days, according to Zoroastrianism, the last war between good and evil will occur. Then, the good souls will establish paradise on Earth, and the corpses of these good souls will rise.16 Some Jewish texts contain a similar idea, although they are not nearly as detailed in description. However, similarities do not constitute borrowing. Zoroastrian resurrection is related to the idea that the soul and the physical body mirror each other. Once the spirit is raised, the body in turn must be raised.17 On the other hand, early Jewish ideas of resurrection were more words of hope than expressions of a belief. The Jewish funeral song “El Maleh Rahamim” illustrates that loved ones who have passed on will “shine brightly like the glow of the firmament.” Some have likened this image to the resurrection of the dead in End Times. However, the fact that this line lies within a funeral song indicates that families were trying to conjure hope. Along with the fact that there are a lack of detailed descriptions of resurrection in early Jewish scripture, it seems that Zoroastrianism did not have a large impact on Judaism in this matter.18 Still, there are some rather clear references to resurrection in scripture written after the Babylonian Exile. The phrase, “Let thy dead live, let my body arise,” found in the book of Isaiah in chapter 26, verse 19, and the sentence from Daniel 12:2, “And many of them that sleep in the dust of the earth shall awake, some to everlasting life, and some to shame and everlasting contempt,” are akin to the Zoroastrian idea of resurrection.19

Scholars of Zoroastrianism and Judaism make compelling arguments for a wide range of conclusions. Charles David Isbell writes that similar ideas in both religions operate differently in each. According to Isbell in “Zoroastrianism and Biblical Religion,” this makes it likely that the ideas spontaneously arose in each religion rather than one having an influence on the other.20 L.H. Mills, author of “Our Own Religion in Ancient Persia,” agrees in the individual development of each religion but finds the tenets incredibly similar. Due to religious convictions, Mills suggests that God revealed himself to the Persians and to the Jews separately, although some direct influence did occur.21 In his article “The Question of Religious Influence: The Case of Zoroastrianism, Judaism, and Christianity,” James Barr states that he sees the relation between Jewish and Zoroastrian beliefs but questions how direct this relation is. He considers that the Jews may have adopted Zoroastrian tenets from the Greeks rather than directly from the Persians during the Babylonian Exile.22 Mark W. Muesse, author of The Age of the Sages, concludes that there was definite Persian influence on Jewish religion and it occurred shortly after the Babylonian Exile.23

With the work of these scholars considered, I find it most likely that Zoroastrianism had a hefty influence on Jewish eschatology thanks to contact between the Persians and Jews after the Babylonian Exile. The emergence of Zoroastrian tenets in Judaism, like the divided afterlife in heaven and hell, a final judgement day, and the resurrection of souls, is evidence enough. The fact that these ideas are seen to emerge in Jewish scripture only after the mingling of Zoroastrians and Jews makes it clear that Zoroastrianism had an effect on Judaism. This influence may be difficult to accept by some believers of the Abrahamic faiths. How can the pillars of a religion be divinely-inspired if they were borrowed from the traditions of another religion? Scholar L.H. Mills, contemplating this question, asserts that it is possible that God chose to make himself known to the Persians and later to the Jews.24 Perhaps the answer lies with humanity rather than the divine. The Jews, identifying with Zoroastrian ideas, could have adapted them to fit within their religion. Likewise, the traditions of the Abrahamic faiths continue to evolve and their followers with them.

Gabby is a History Major at St. Mary’s University and part of the Class of 2025. She enjoys learning about early civilizations, studying language, and making music.
Author Portfolio Page