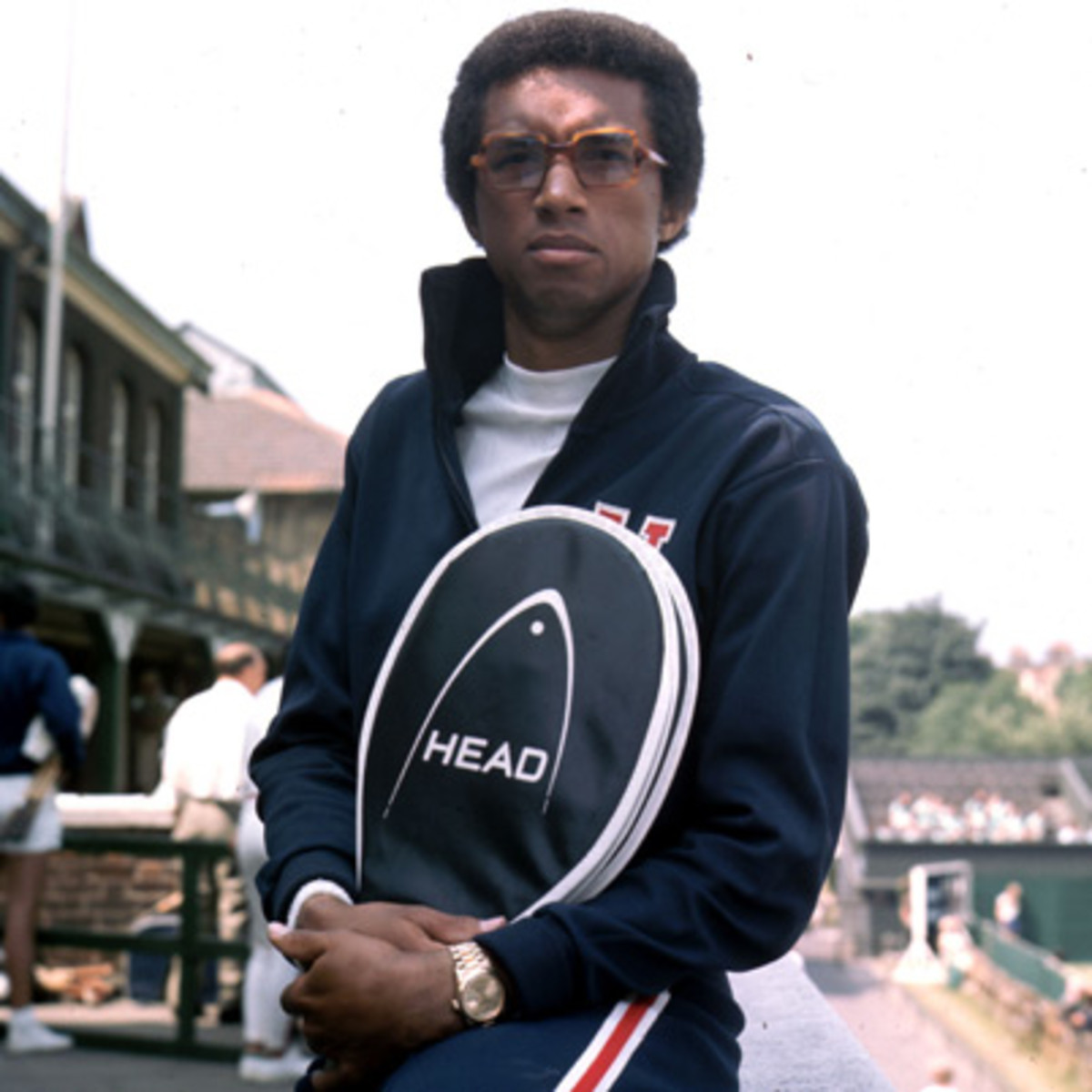 Arthur Robert Ashe Jr. was born on July 10, 1943 in Richmond, Virginia. Growing up, he didn’t have the “ideal childhood.” At the age of five, his mother died from a toxemic pregnancy, which was hard for him and his family. Ashe and his siblings were raised by their father after this tragedy.1

Ashe’s father wanted for him to excel in sports. In the neighborhood he grew up in, football was the popular sport, and very popular for many African-American children. Arthur saw playing football as an outlet for dealing with the pain of his mothers’ death. He wanted to play football, but his father forbade him. His father felt that he wasn’t big enough to take action in football and was given the childhood nicknames “Skinny” or “Bones.” Arthur stressed to his father how badly he wanted to play, but the idea was continuously shut down.2

At the age of seven, Ashe found his passion for playing tennis. Every day, he would go to the tennis courts and practice from sun up to sun down. Ron Charity, the greatest African-American tennis player at the time, saw something unique in Arthur. He offered to help Ashe fine tune his game and turn him into a championship tennis player. Throughout his journey, he faced many injustices regarding his race.3

In 1973, Ashe was the first African-American tennis player to be invited to the South African Open Championship. During this time, the South African laws, known as Apartheid, separated people by culture and race. South Africa was trying to use the invitation to Arthur Ashe as a way to change its racist image in the world. Ashe agreed to play in South Africa, but only on his terms. He used this to his advantage to increase public awareness of South African racism. Following this event, Arthur Ashe played against Ilie Nastase in the Masters tennis games in Stockholm, Sweden. This match in 1975 did not go as planned. Nastase, known in tennis circles as a clown, regularly pushed the limits of players’ and officials’ patience. During his match with Ashe, he often took too much time in between serves, even after being warned. Nastase often teased his opponents on court, which he did to Ashe that day. Although Ashe and Nastase usually got along with each other, that day Ashe wasn’t willing to put up with teasing that verged on insults. Ashe put down his racket and proceeded to walk off the court. He said, “I’ve had enough. I’m at the point where I’m afraid I’ll lose control.” Although Ashe was winning, he couldn’t stand to let another person continuously call him out because of who he was. The official warned him about the consequences if he walked out, but Ashe did not care at that point. He couldn’t stand having to put up with Nastase’s nasty behavior. Late that night, the official committee met and discussed the ruling on the court. The committee knew that if they gave the match to Nastase, they would be supporting his bad, often racist behavior, which was something they did not want to do. In the end, the officials decided that Ashe won purely on the score and skill.4

In 1980, Ashe was forced to retire. Suffering from a severe foot injury plus an intense heart surgery, he found it was too much to handle. Although he did not want to retire, it was a must. Since Ashe left the courts, he assisted in the creation of the Arthur Ashe Stadium in Queens, New York. This stadium is one of the biggest tennis stadiums in the United States. All of the greatest tennis players compete here each year in the US Open.5

In September 1988, Ashe was hospitalized after experiencing paralysis in his right arm. After undergoing brain surgery and a number of tests, doctors discovered that Ashe had toxoplasmosis. This disease paralyzes its victims and is found in people infected with HIV. After undergoing a few more tests, Ashe was then diagnosed HIV positive. The doctors believed he obtained the virus from the blood transfusions he received during his heart surgery. After experiencing these tragedies, Ashe decided to open up a student Health and Wellness Center on the campus of UCLA, which he previously attended.6

On February 6, 1993, Ashe died from AIDS-related pneumonia at the age of 49. He requested to be buried right beside his mother in Richmond, Virginia. He dedicated his whole career to his mother and went down in history as one of the greatest tennis players to live.