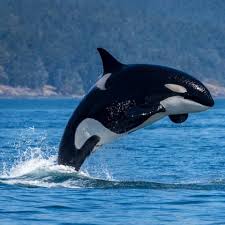 Orcas, also known as killer whales, are the largest among the dolphin family. They are intelligent predators, feasting among marine mammals such as seals, sea lions, and even whales. With the assistance of razor sharp teeth and a superior intelligence, the orcas hunt in deadly pods. In family groups of up to forty, the whales use effective cooperative hunting techniques that model those of a wolf pack. Although they are fierce predators, the only danger these powerful creatures pose to humans seems to be when they are used for human entertainment and placed into captivity. In captivity, there have been over 100 incidents between human and whale, and a total of four deaths, while in the wild, no deaths have ever been recorded. Additionally, captivity causes damaging mental and physical effects on these magnificent creatures.1

On the morning of November 18, 1961, the first orca was captured in Newport Harbor, California. Millions watched as chaos consumed the harbor. Fishermen from Marineland of the Pacific scrambled to capture the distressed whale, and finally after many failed attempts, succeeded in capturing the animal. After being plucked from her natural home, Wanda was placed into a 100 by 50 by 19-foot oval tank. Immediately, she began to run into walls and swim restlessly in her new unnatural environment. Less than two days following her capture Wanda was found dead in her jail cell of a tank. Many biologists believe her death was a suicide. After reaching great speeds, she would strike her body against the walls until the last breath left her body and she was free from human confinement.2

This behavior of self-harm is not a natural behavior associated with orcas; however, it is very common among whales in captivity. Many captive orcas inflict pain upon themselves because they are bored and frustrated with their environment. One of the most common ways of inflicting self-harm is through dental destruction. Whales in captivity often chew on mental enclosures, causing extreme pain and damage to their teeth. Captive orcas often exhibit broken and worn teeth with exposed gums. This largely contrasts with orcas in the wild, who show little to no tooth wear.3

The extreme tooth damage leads to many other health issues that orcas in captivity regularly face. Due to the exposed gums, infectious diseases have a direct entry to the bloodstream and can reach vital organs such as the kidneys and heart. Heart disease and pneumonia are common diseases that are contracted via the tooth canals. Veterinarians routinely drill and work to combat these dental issues, yet little literature has been published by these medical experts on the topic. International researchers examined 29 captive orcas, all of which suffered from dental damage. They later learned that over 50% of them had undergone the painful modified pulpotomy procedure. This lack of veterinary transparency contradicts their claims that promote education and conservation for these wild animals.4

Another negative physical trend seen in captive orcas is the collapsed dorsal fins. Recreational parks such as Sea World depict orcas with healthy, natural looking dorsal fins; however, this is not a true representation of the orcas within the park walls. All captive adult male orcas suffer from collapsed dorsal fins, which is likely caused by the lack of space they have within their enclosures. It is said that less than 1 percent of orcas suffer from dorsal fin collapse in the wild. These statistics, looked at side by side, further the popular claim that captivity is detrimental to orcas.5

Being such social creatures, orcas travel in large groups called pods. They are acoustically oriented, using clicks, whistles, and echolocation to navigate their surroundings and communicate with one another. However, when in captivity there is no opportunity for them to take advantage of this natural behavior. Different whales from different pods use different types of clicks and sounds to communicate. Therefore, when whales from different parts of the world are thrown together in tanks, they are unable to communicate and often turn violent towards one another.6

The only recorded fatal attack by one orca on another occurred in captivity. Just as personalities clash, orcas can be incompatible with other orcas. Because orcas in confinement cannot choose their companions, we often see more dominant whales bullying the younger small whales in the enclosures. The lack of communication also adds to many of the issues among orcas in captivity. In severe cases, this dangerous behavior can lead to deep wounds and lacerations resulting in the animals having to be separated. This separation furthers the isolation these whales in captivity must face on a day to day basis. In the wild, aggression has been rarely observed, as the ocean is a huge habitat allowing the subordinate animal room to escape any aggression that may be present.7

However, the aggression exhibited by captive orcas is not only limited to other orcas, but to humans as well. While there have been no reported fatal attacks in the wild, hundreds of incidents have been recorded involving orcas in captivity. Perhaps the most famous incident was the death of veteran trainer Dawn Brancheau after being attacked by the infamous Tilikum. This incident showed that no matter the experience of trainers, these animals will always be in control. Former Sea World trainer Jeffrey Ventre explained how Tilikum “knew exactly what he was doing” when he killed the experienced trainer. Many trainers believed Tilikum’s troubled past is what led to his aggressive behavior.8

In 1983, near Iceland, 2-year-old Tilikum was torn away from his mother and ocean home. Taken to rundown marine park Sealand of the Pacific, Tilikum was forced into very unnatural conditions. Food was withheld from him and he often endured attacks from the two dominant females in the park. He was forced to perform eight shows a day, seven days a week. For Tilikum, being such a highly intelligent, emotional, and socially complex animal, captivity was devastating physically and mentally early on in his life. After much frustration, Tilikum acted out again, and killed trainer Keltie Byrne. In all, Tilikum was involved in the deaths of three different trainers. The staggering difference between the number of fatal attacks in the wild compared to those of this one whale show the dangerous effects captivity has on these ocean giants. Not only is captivity dangerous for these creatures, but also for those who are in charge of their so called well-being.9

Many often argue that whales in captivity are pivotal for research and breeding programs. However, the positives don’t outweigh the negatives when it comes to orcas and captivity. Whales in captivity are often impregnated at a young age. A Sea World orca was pregnant and gave birth at the young age of eight. There is also a lot of controversy surrounding Tilikum and his twenty-one offspring. Many believe, given his infamous violent behavior, that his genetics should not be passed down to other orcas intended for captivity and human entertainment.10

Orcas also are cared for by their mothers up until about two years. After this, they become part of the pod and travel with their native group. In a study of almost 600 orcas, data show that having a mom nearby significantly increased the survival rate of the calf. It was also found that female killer whales have strong motherly instincts and an urge to care for their young. In captivity, we often see calves being taken from their mothers at very young ages. This separation at such a young age can cause depression for the calves and mothers. John Hargrove, a former senior killer whale trainer at Sea World described his first-hand account of the separation of a mother and calf: “In fact, [when Takara was taken from Kasatka], she was emitting vocalizations that had never been heard before ever by anyone … obviously Takara was gone and [Kasatka] was trying anything she could to try to locate and communicate with Takara, which is absolutely heartbreaking.” 11 Hargrove alone can recall nineteen instances where a mother and a calf were separated. Seventeen were for management purposes while only two were for medical reasons. Separating a mother from her young is a traumatic experience that never happens in the wild.12

Leading orca researchers agree that captivity is devastating to these marine mammals, who in the wild, engage in tight knit relationships with one another, travel over 100 miles daily, and work in pods to hunt and find food suited for their large diets. Many orcas have been captured and forced into captivity, which has denied them the opportunity to engage in their natural genetic behaviors. The constant factors that push them to be everything that they’re not causes them stress, anxiety, and depression that is not seen in wild orcas. These unnatural feelings cause them to exhibit unnatural behaviors never seen in the wild, such as extreme tooth damage from gnawing on cages, floating lifelessly in pools, and in some cases extreme aggression towards other orcas and humans.13

The limited dangers orcas face in the wild are often brought on by human activities such as overfishing and boating accidents. However, despite these dangers, orcas in the wild live more purposeful and meaningful lives, where they are free to live life as it comes; on its most natural course.14