Oscar Romero: The Fight for Beatification 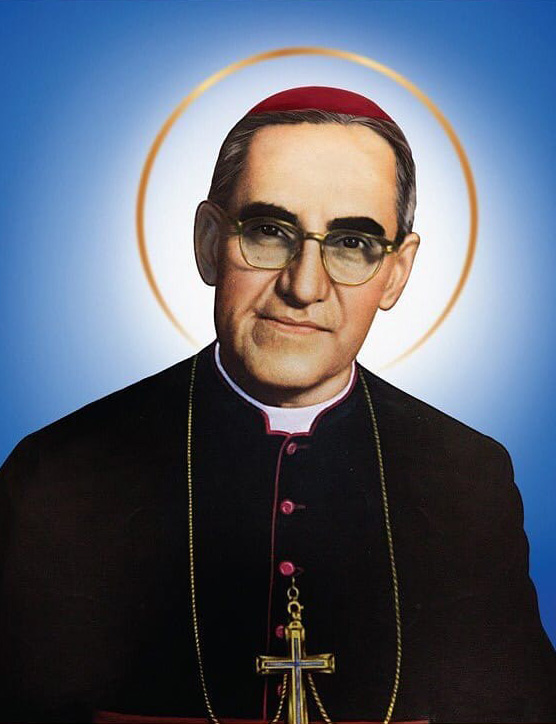 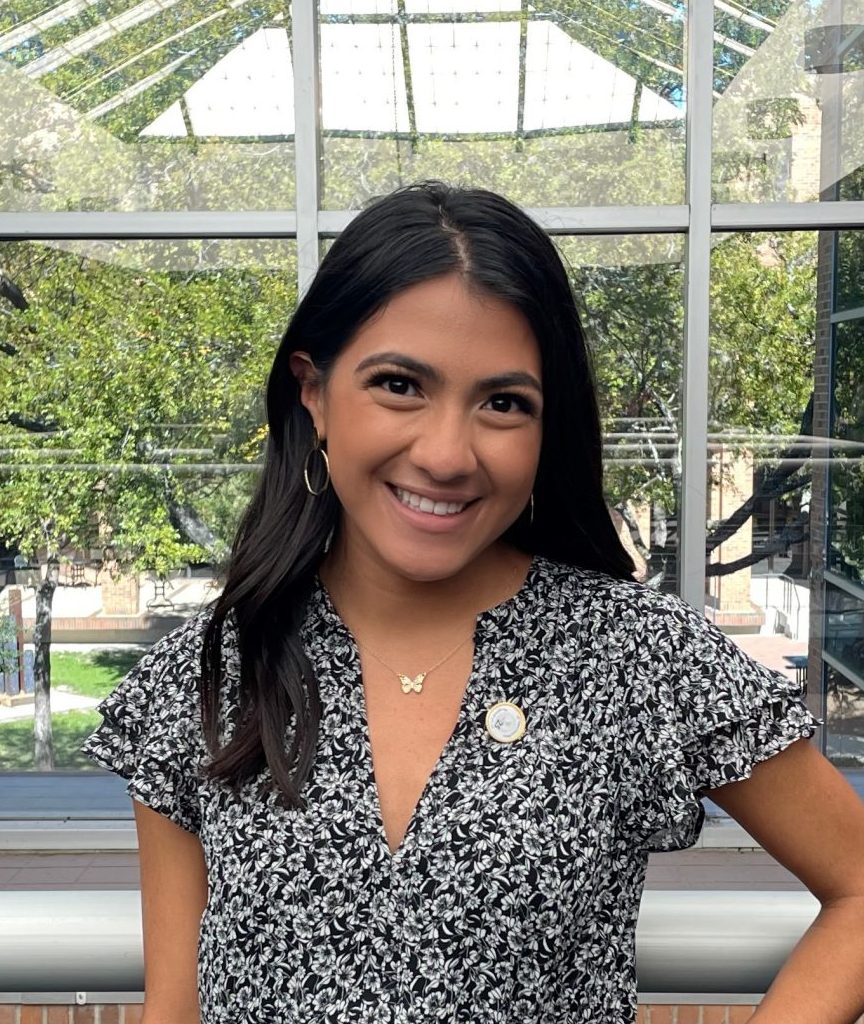 In El Salvador in the 1970s, priests were being targeted and soon murdered on the streets. Many feared and hid from the government and from the assassins that lurked on every corner. However, Oscar Romero did not hide; he used his position in the church to advocate for the poor and condemn the government for its military actions. As he stood at the altar and gave his homily, the bullet of a paramilitary death squad member flew threw the air and struck Romero dead. The entire congregation was in shock by the violence, but not surprised. Carlos Dada of the New Yorker described the scene from across the street as, “fireworks, shotguns, and sounds of celebration,” coming from the wealthy neighborhood and the church stayed silent.1

Romero spent his life serving the church as a priest and later as an archbishop in El Salvador. To the Vatican, he was a priest who was conservative, quiet, and did what he was told to do. He was especially favored because of his support for the system the church followed before the Second Vatican Council of 1962.2 In 1977, he would be appointed by the Church as the Archbishop of San Salvador, as he was seen as the obvious choice because he was easily influenced and moldable.3

During this time, El Salvador found itself in a civil war. Peasants had been granted large amounts of land in 1975; however, the original landowning class was furious and revolted against this decision by the government.4 Later when General Romero won the presidency, the peasants lived in fear as the new president looked out for the interests of the landowners and businessmen.4 From here, the country of El Salvador would experience immense military violence and repression for twelve years. Over 70,000 Salvadorians would lose their lives in these years of what seemed like an endless war.6 The poor felt they had lost protection from their government and from the Church. At least that is how it felt.

Romero had used his position as archbishop to spread the word that they were, as he tended to repeat, “a poor church for the poor,” and that the government must end this war on its people.2 Scholar Fred Strickert described that when Romero would hold mass, his voice would be “broadcasted throughout the country by radio,” and everyone, even the government, tuned in.8 He was given the title the “Voice for the Voiceless,” by many.9 The Vatican representative, Bishop Emanuele Gerada, however, did not appreciate Monsignor’s actions, as he was breaking the church’s ties with the government.1 He did not listen to the words of church officials because he knew by standing in solidarity with the poor, he was following his duty to the church; but the officials saw it as a political move. The plan was to dispose of the archbishop, and that’s exactly what they did. Even with all the death threats, Romero continued until his death to preach the word of God in solidarity with the poor. Right before he died, Romero stated, “Let my death, if it is accepted by God, be for my people’s liberation and as a witness of hope in the future.”6

The church had been focused on Marxist revolutions because many followers were leaning toward the new idea of liberation theology. Yet they paid no attention to the military abuses. Romero stated that Pope John Paul II believed that the goal was “unity of the episcopate,” but Oscar knew this was not what would end the violence and killing in his country.1 The Pope did not listen and it cost Romero his life. However, Romero’s death did not end the war. In fact, it led to an increase in violence.9 Guerilla groups expanded to the thousands and Romero’s name would not be heard for many years.1

In 1990, the process for beatification was started by a petition from Arturo Rivera. Rivera was a colleague of Romero’s and eventually took over as Archbishop of San Salvador.15 Archbishop Vincenzo Paglia served as the “chief promoter of Romero’s Canonization.”16 Paglia was an advocate for Romero throughout this time. He was the one to collect information on his life and ensure the church found Romero fit to be declared a Saint. At the time, Pope John Paul II was in power and when church officials heard Romero was up for sainthood, they did not hesitate to feed the Pope complaints and accusations about Romero. The main person who was against the beatification was Colombian Cardinal Alfonso Lopez Trujillo.16 He served as the “head of the Pontifical Council for the Family in Rome.”16 There were also “three Salvadorian ambassadors to the Vatican” who used their power to “lobby vigorously against Romero,” Brett explained.19 There are two main reasons these men didn’t want the beatification to go through, as Archbishop Paglia came to find out in this battle. Edward Brett describes that the first reason for rejecting Romero is the debate over whether he was killed in “Odium Fidei,” which means out of hatred of the faith, or “Odium Justitiae,” or out of political intervention.19 What made this hard to justify is that the people who murdered Romero were practicing Catholics. Cardinal Trujillo and the Salvadorian ambassadors argued that the murderers could not have killed Romero out of hatred of the faith. It had to be because he was teaching his leftist political views and not the teachings of the gospel. Paglia and other liberal theologians believed these cardinals, and church elites fought hard against him because this was the start of the teachings of Vatican II coming into practice in the churches.21 Trujillo and the others wanted to “strike the church,” as Brett described, for following the liberal teachings of having solidarity with the poor.21 The second reason stated that if Oscar Romero, the so-called “Marxist liberation theologian,” was beatified, other Marxists would use this to their advantage against the church and the government.23 Because of these two reasons Pope John Paul II blocked the beatification process. The Church officials had won, but only for now.

Later, Paglia stated that the Pope realized that Oscar Romero was not teaching anything against the gospel; in fact, it perfectly aligned with Vatican II. Inés San Martín writes that the Pope eventually visited Monsignor’s tomb in 1996 and famously pointed his finger at the tomb and stated that he was “a zealous pastor who tried to stop violence.”24 Pope Benedict took over after Pope John Paul II, gave Paglia hope as Benedict was a known supporter of Romero and saw through the false accusations.24 Benedict unblocked the process and made it his priority to get Romero beatified. However, he was still not considered a martyr during this time. A person could be automatically beatified without proof of a miracle if they are considered a martyr, so it was Paglia’s main goal to have him recognized as such.26 Although a new Pope was in power, the same cardinals and church officials were fighting against the process with the same arguments. With all his efforts, Pope Benedict was not able to beatify or canonize Oscar Romero during his time as Pope. Paglia lobbied for Romero to be beatified; he stated that the delays due to political reasons were “like a dagger to my heart,” yet he continued to fight for Romero.27 When Alfonso Lopez Trujillo passed away, Paglia had finally gotten his best chance at getting the process to finally move along.

Finally, when Pope Francis became Pope, he restarted the beatification process in December of 2012.19 He declared Romero a Martyr. Paglia said that Pope Francis and Romero had similar beliefs, especially in the idea of “a poor church for the poor,” which Romero had stated many times in his teachings.29 This beatification ceremony not only brought justice and honor to Monsignor, but also allowed Pope Francis to bring his vision of the church to others. Oscar Romero was finally beatified on May 23, 2015, by the “first Latin American Pope,” Martín declared.24 On October 14, 2018, he was officially canonized in St. Peters square. There were “thousands of Salvadorians” in attendance at the ceremony and many back home watched from huge screens in the Gerardo Barrios square.31 Pope Francis even wore Romero’s robe string he wore the last day he stood upon the altar, the bloodstains could still be seen across the string.31

Jon Lee Anderson states the name El Salvador ironically means “The Savior,” yet the country “remains the most violent country in the western hemisphere.”33 The people remain in unlivable conditions with gangs and cartels running the country. The poor are still not being cared for by the government, but the church recognizes them as children of God whom other followers should stand in solidarity with. Oscar Romero is recognized for his work and teachings all over the world. In Westminster Abbey, a statue of him holding a child stands next to other martyrs.34 Others can learn about his life in the corrupt country of El Salvador in the 2011 documentary Monsignor: The Last Journey of Oscar Romero by Director Ana Carrigan and Juliet Weber.35 It was a rewarding battle for Paglia; however, Romero’s followers today would have seen him as a saint “despite approval or disapproval of the institutional church,” Brett explained.36 Everything he did and stood for may have been a political move, but that does not mean it was not backed up by the gospel. Oscar Romero serves as an example to other priests and will always remain in the hearts of his people, just as they do in his.138

I was born and raised in San Antonio Texas. I am a Double major in Political Science and International and Global Studies here at St. Mary's and will be graduating in the Spring of 2024. Through my studies here at St. Mary's, I have become extremely interested in Latin America and the Catholic Church within these countries. I strive to work and research to better these countries and help the people who suffer every day in this region.
Author Portfolio Page