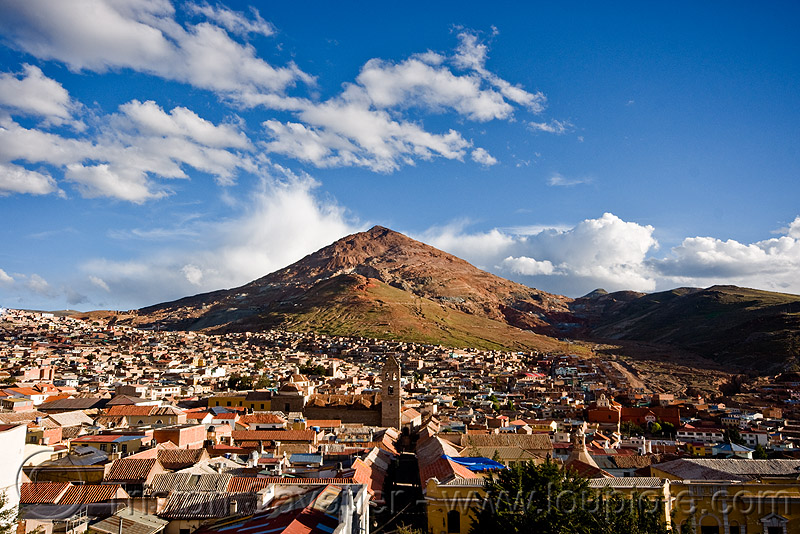 In the year 1545, a man by the name Diego Huallpa accidentally discovered Potosi in Boliva, also known as Cerro Rico.1 Cerro Rico means rich mountains, which, in this case, it definitely was. When traveling between cities, Diego Huallpa was asked to climb a mountain; after getting to the top he slipped and fell and found on the side of the mountain some silver. Diego Huallpa immediately took his findings to his boss, which was a Spanish overseer at a nearby mine. Shortly after, that mountain was quickly inhabited by thousands of Spaniards and Indians. The silver of this mountain quickly drew the attention of the Spanish conquistadors. When these conquistadors arrived, they began to colonize the area surrounding the mountain.2 By 1672, the surrounding area reached its highest population of 200,000 people, and was one of the richest cities of its era.3 It became a very strong anchor for the Spanish Empire. This city sent Spain’s economy to new heights, making the Spanish more powerful than before.4

Silver during the sixteenth century was one of the most sought-after metals in all of Spain.5 The area itself surrounding the mountain was not a healthy environment, and the air was constantly filled with dust and debris. Miners were only expected to live to be around forty years old.6 To make matters worse, Potosi is the highest city in the world, making the air thin and hard to breathe. The city resides 4000 meters above sea level.7 All in all, the surrounding area was a cruel place to live, but the Spaniards stayed due to the wealth they achieved. This wealth was achieved easily for the Spanish, but came at a great price to the indigenous Indians and to the African slaves.8

Potosi was a cruel, horrible place for anyone who worked there. The process of mining in the sixteenth century was not an easy one. It was extremely laborious and hard for all miners. The Spanish conquered the Andeans and put them through rough, intensive work.9 Though the Indians were not slaves they were sometime treated as such. Some Spanish conquistadors would lend Indians under their care to other miners. At Potosi, as elsewhere in Spanish South America, the Spanish implemented the mita system of labor. In this system, miners would be given a certain number of days to work per week, and then they would relax on the other days. Though it was more intense, all ages would be put to work, ranging from eighteen to fifty years old.10 Before the Spanish empire found an easier way to mine, they used the classic way of mining, which was extremely laborious.11 The Indians were to use iron bars to chip out iron ores, which was then carried down the mountain, where it would be heated in order to extract the silver.12 The mountain was a very dangerous place, due to its close spaces with very little air.

The silver industry in the sixteenth century really flourished. It was in great demand and needed for the Spanish and Europeans.13 Even though mining slowed down after Bolivia received independence, Potosi, still to this day is a high producer of silver.14 The Potosi mountains have had several years where they have really good production, but that has also come with several bad years.15 Still to this day Potosi is a high producer of silver and tin, causing Potosi to be one of the oldest mining cities in the New World.16