Radiator Springs and the Old Spanish Trail: How Pixar’s Cars Reflects the History of an Old Auto Route 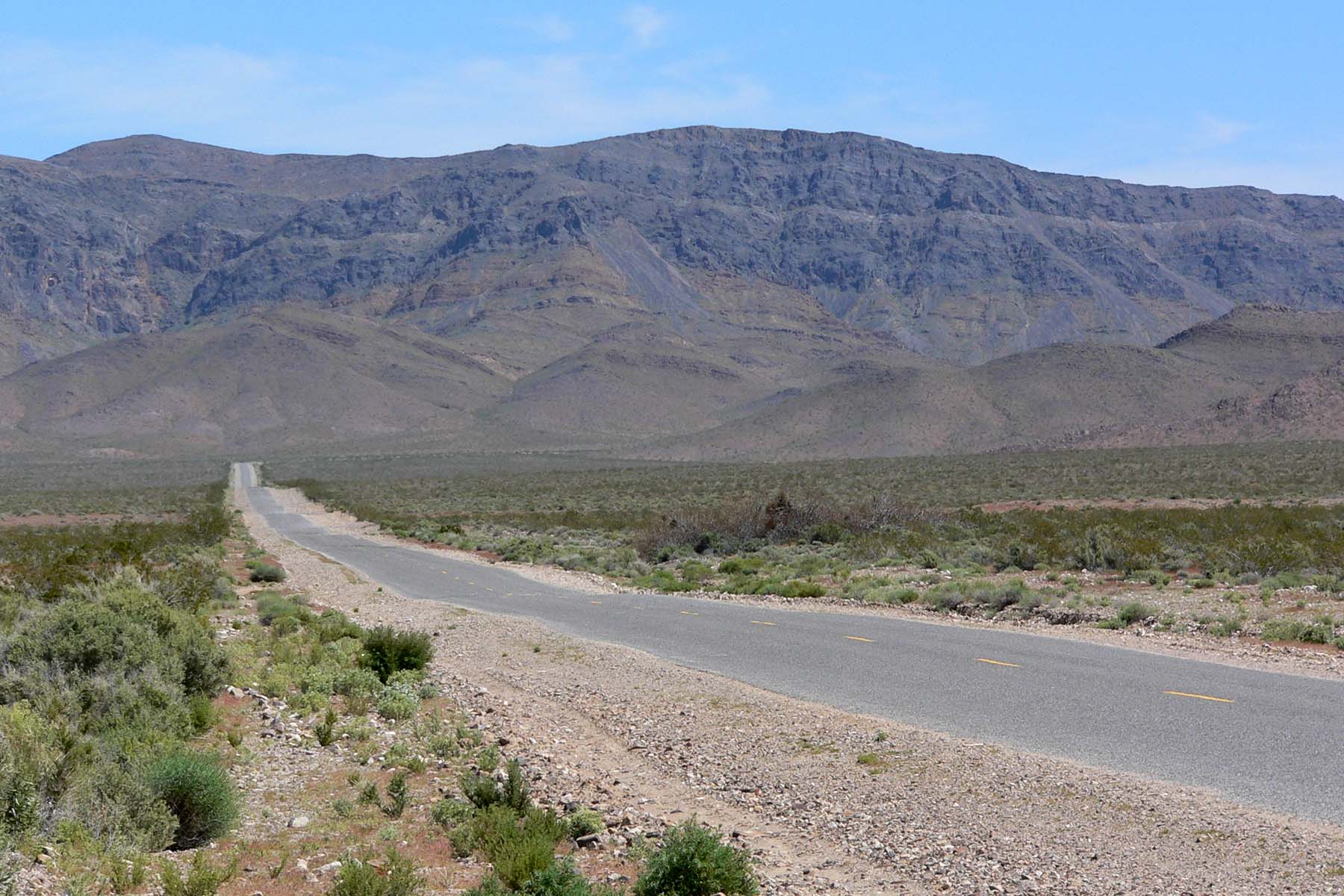 Almost every family has a story they can tell about a long distance road trip; it’s hard to find someone who doesn’t. For children growing up today, those stories are about the high speed interstate highways that can get us across the country in four days. These roads didn’t always exist. Before the interstate, travel was very different, and so were many towns across the country. Things changed in the 1950s with the creation of the superhighways that would later crisscross the American landscape. People and goods could be transported faster, but for that convenience, there was a price.

In the movie Cars by Disney/Pixar Studios, the protagonist Lightning McQueen, a race car, finds himself in a small town that grew up with a US highway running through it. The highway was the lifeblood of the town. The residents of Radiator Springs have struggled over the years as a new interstate highway bypassed the once-thriving town. The interstate redirected the traffic from the main street of the downtown with a devastating effect. What used to be a lively main street that led to a beautiful hotel in the mountains became a town with boarded up windows and broken neon signs. The interstate did not benefit the people of Radiator Springs. McQueen tries to deal with the seemingly backwards town folk as he made reparations for damage he did to the town. His goal was to just fix the road, so he could get to his important race.1

Cars may sound like just a cute movie aimed at children, but it is grounded in a harsh reality. Most people in the United States are familiar with the interstate highway system, but they rarely think about the time before it existed and the impact its creation had on small rural communities. The federal government had no role in road creation. Roads were paved by local communities, and most rural roads were still dirt paths. Cross country travel by car could take months. A real highway system would not arrive until the 1950s when President Eisenhower planned the U.S. highway system. As the Ford Motor Company made cars more affordable, people realized something needed to be done. In 1915, a group of people found one solution to this problem. They organized and coordinated the building of an auto highways to connect major urban centers across the Southern United States. This project became know as the Old Spanish Trail Auto Highway.

Lightning McQueen needs to make his way from the East Coast to California for the Piston Cup Championship race. He directs Mack, his transport driver, to travel the interstate to get there as fast as possible so he can meet with a potential new sponsor. After an accident leaves him lost in an unfamiliar area, he winds up on a U.S. highway and inadvertently causes damage to the road that runs through a small nearly abandoned town. The local judge orders McQueen to repair the damaged road before he can leave and continue on his way to the big race. He is reluctant and annoyed at both the punishment and the people. His escape attempts are foiled, and he soon realizes that the only way out is to repair the road correctly.

McQueen is dismissive of the townspeople they do not impress his celebrity sensibilities. He sees them as just a bunch of hopeless hicks living in a dying town with no future and no use to him. His attitude changes when he becomes friends with Sally, a lawyer from LA who has relocated to Radiator Springs. She has given up the stress of big city life for the tranquility of the small out-of-the-way town.

McQueen’s attitude changes when Sally shows him the history of the town. The broken windows and the dark signs are the constant reminder of what the town use to be before the interstate. The main street thrived as the businesses catered to the traffic traveling the highway. Thrilled when news of the new interstate being built reached the town, the residents believed even more people would come to their town bringing more economic opportunity and prosperity. However, they could not have been more wrong. The interstate did not directly connect to the town. The route chosen bypassed the town entirely, taking the traffic with it. Radiator Springs was forgotten as a constant flow of cars now sped right past the small town. Long time residents started to leave, and shops went out of business. The once thriving, carnival-like atmosphere of Main Street had fallen silent to save motorists ten minutes of driving time.

Like the railroads before them, highways were the lifeblood of many small towns. Today, motorists are so used to the interstate, which was designed for speed, not for scenic journeys.  The interstates create the fast travel by avoiding towns and smaller cities.  This design took the traffic flow away from those urban areas causing economic loss for those places.  The U.S. highways ran through the towns and cities, providing a large economic benefit to them.

In the 1920s, the people working to get The Old Spanish Highway built used this economic motivation to entice communities into building the road.  If communities built the road, then more cars would flow though the town, bring more business to the shops, restaurants, and gas stations located on the route.  There was no federal transportation department at the time, and so there were no federal programs handing out dollars for the construction of roads or highways. All the construction needed to be done locally at the state or city level. The OST planning committee held meetings to show the communities the importance of bringing the road to their town.  These communities had to promise to complete construction on their section in a certain amount of time, or the road would be given to another community who would fulfill the obligations. Many communities were interested, and the efforts to win the road rights were often led by the members of the local Chamber of Commerce.  These cities understood the economic impact of the road running through their community and how it would benefit them.2

Charlotte Kahl is one of the people trying to preserve those memories of the neon Main Streets that used to be part of the Old Spanish Trail. She has led the effort to locate and map the original route the Old Spanish Trail, a route that ran across the Southern United States from St. Augustine, FL to San Diego, CA. The first part of her mission has been to locate where the road ran. It was not well maintained over the years, and the creation of both the U.S. highway system and the Interstate system caused parts of it to fall into disuse. She has been out in the field following old guides, oral histories, and any other clues she can find to trace the original path the road followed. The second part of her mission has been to preserve the bridges, gas stations, motor lodges, architecture, and anything else that was a part of the Old Spanish Trail. Like the businesses of Radiator Springs, the moving of the Old Spanish Trail caused many businesses to close. Old gas stations with their Art Deco style and motor lodges that provided not only a room for travelers, but a private garage as well now sit abandoned and nearly forgotten by the former road. Some of these are coming up on the 100th anniversary of their construction, and there are people who want them preserved. Like Sally, Charlotte considers these places worth saving and has made it her mission to do just that.3

The high point of the movie occurs when McQueen completes his repairs to the road. However, he does not just stop there. He fixes the neon signs and give the remaining residents one night of nostalgia. They celebrate the freshly paved road by cruising the main street strip just like they use to before the interstate was built. It was a beautiful night, interrupted when McQueen’s team comes to pick him up and take him to the race. After the race is complete McQueen decides to locate his racing team headquarters in Radiator Springs, helping to put the town back on the map.

Charlotte has been working hard to make sure the Old Spanish Trail has its happy ending too. The big moment will be when the cars roll down the road one more time to commemorate the 100th anniversary of the initial completion of the road. Shortly after the road was completed in 1929, there was a cross country motorcade from St Augustine FL, to San Diego, CA and back to publicize the newly completed project. Unlike the residents of Radiator Springs, not everyone is jumping on the nostalgia bandwagon. The business owners who strongly supported the project 100 years ago have little interest today. They do not believe the road, or any commemoration of the road will have any benefit to their businesses. Instead of getting the Chambers of Commerce on board, Charlotte and her committee have been targeting historical societies and preservationists, and she has been finding success with these groups. These organizations have been helping the committee to locate and preserve the artifacts associated with the Old Spanish Trail Auto Route. There might not be any neon signs lighting the way, but when the motorcade rolls down the Old Spanish Trail for that 100th anniversary trip the feelings will be very real.

I am a high school history teacher and an aspiring public historian. I strive to bring new voices to tell the stories of the past as I challenge my student to analyze and think critically about the events of the past.
Author Portfolio Page