Can We All Get Along?: The Fight Against Police Brutality 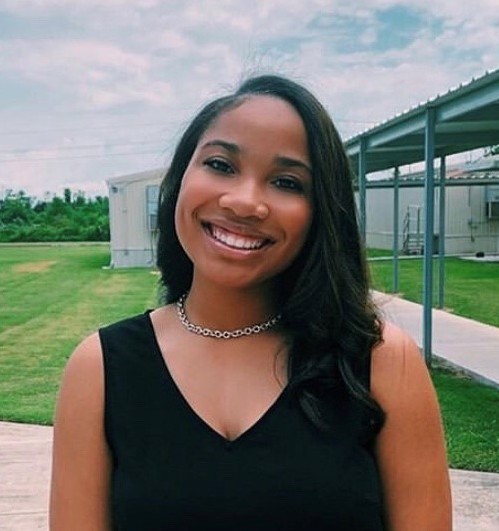 “The four Los Angeles police officers that had been charged with assault with a deadly weapon for the beating of Rodney King now have been acquitted.”

The news was plastered across every TV news station and radio broadcast after four white police officers had been found not guilty of beating a black man nearly to death after a high speed chase in Los Angeles, even though they were caught on camera committing the crime. Rodney King wanted justice for what was done to him, and when he had his case taken to court, it became evident to him and too many around the world that justice was not served.

Just after midnight on March 2, 1991, Los Angeles Police Department officers beat Rodney King after being caught in a high-speed chase. Rodney King had been drinking, but he decided to drive anyway. On his way to his next location, he led police on a high-speed chase with speeds estimated from 110 to 115 mph, but eventually he was pulled over.1 And what happened next was going to shock the nation. When Rodney got pulled over, there were about twenty officers on the scene. Once Rodney was taken out of the car, he was then tasered down by two high-voltage tasers and then struck by dozens of metal batons. Not only that, King was kicked and beaten over a period of several minutes. After the beating, one of the officers, Officer Koon, typed a message on his car computer. It stated, “U just had a big time use of force. Tased and beat the suspect of CHP pursuit.” Another officer, Officer Powell, reported the incident on his computer saying, in a boastful way, “I haven’t beaten anyone this bad in a long time.” And later in the investigation, it was also learned that other officers used language like, “Gorillas in the Mist.”2

Just by these few statements, one can tell that the officers seemed to show no remorse for the actions they had just taken, and were, if anything, happy that they did what they did. But words were not the only thing that made this story a crime. Portions of the beating were captured on videotape. The video recording of the beating was about nine minutes of Rodney being manhandled and beaten by the police of Los Angeles. The video was taken by a man named George Holiday. On March 4, Holiday took the video to the Los Angeles television station KTLA. The producers of the show were mortified by the video, but played the video that evening on their broadcast. The video was then eventually televised to different news stations across the globe. A poll was even taken to see if the viewers thought that the police were using excessive force on a defenseless drunk, and the numbers showed that 92% of the people who took the poll said that the force was excessive. Since the beating was recorded, the LAPD received considerable scrutiny.3 Even the LAPD Police Chief called the use of force to be “very, very extreme,” and for the LAPD, considered by many the finest, most professional department in the world, it was more than extreme. It was impossible.

Rodney King ended up walking free of all charges for the night of March 2, but two days after the beating, the four officers who were directly involved in the beating were suspended and arrested and charged with using excessive force.4 The trial for the officers did not take place for a year after the beating, and during the year between the beating and the trial, many things happened. For starters, the venue was changed. The four officers and their attorney argued to have the venue of the trial changed because of the publicity in the city surrounding the whole arrest. They stated that there would be a biased jury pool in the jurisdiction where the offense took place. At first, the defense was denied their request, but subsequently it was granted, and the venue was changed.5 The trial would now be held in Simi Valley, which was a predominantly white community in the Los Angeles area.

The case was presented to a jury of mostly Caucasian people. During the trial, the defendants claimed that “force used against King was reasonable because of his behavior in resisting arrest.” They said, “The picture of the force used on Rodney King may not of been pretty, but who started the whole trail of events?” The defendants also explained that the public needed to be protected and defended from “people like Rodney King, and the way it does is by having officers willing to use reasonable force and not nit-picking their instantaneous judgment.” The defense also filed a motion in effort to persuade the judge that the prosecutors “should be required to prove that the officers beat King because he was black if they are not to be convicted of violating his civil rights.” The defenders’ lawyers went on to validate the four officers’ actions by noting “that police officers are meant to make split-second decisions that can cost them their lives” and claimed that “an officer who makes a mistake in their evaluation of necessary force will be rewarded by the police chief handing his widow a folded American flag at his gravesite.”6 The trial was long, and it took the jury seven days to come back with the verdict; and that verdict would change that fate of the officers’ lives and take the world by storm. The four officers walked free with no repercussions and no consequences. Once the verdict had reached the people of the world, all hell broke loose. And two hours after the world heard the news, Los Angeles turned into a madhouse and went up in flames.7

Many people were shocked that police officers, who were caught on tape beating a man senseless, were able to walk free. A crowd instantly came outside of the Ventura County Courthouse, where the trail was held, and chanted “Guilty! Guilty!” as the sheriffs were let free. In another part of Los Angeles, five black men entered a liquor store and grabbed liquor. They were heading out the door, without paying, and were stopped by the owner. Once they were stopped by the owner, one boy took matters into his own hands and smashed one of the liquor bottles on the owner’s head, while the other boys smashed bottles into the store front windows. While all of this happened, one boy yelled “This is for Rodney King!” And this was just a start to the deadly riots of Los Angeles in 1992. The rioting lasted five days. Not a lot of force was used to try to stop the rioting at first, but then the police were brought in. By the time they were brought in, the people were already uncontrollable. With these delays in action came fifty-three lives lost, thousands of injuries, and over $1 billion dollars’ worth of damage.8

Yes, the riots lasted five days, but on the third day, Rodney King, the man who just wanted his justice, came onto the steps of City Hall and famously asked the people of Los Angeles, “People, can we all get along? Can we get along?” Rodney King did not like the rioting. He explained that all he saw from the rioting was “putting more heat on the fire,” and he said that that was not how he was raised. He continued to explain that he was not naïve about race and he was surely going to have “the talk” with his nephews when the time comes.9

But even after Rodney had come forth, waved his white flag, and asked for peace, the rioting still continued for two more days. The riots finally ended only after the California National Guard, the United States military, and several federal law enforcement agencies came in. But even after all of the rioting was over, Rodney King never got the justice he deserved. Rodney did not let this define him though. He became an advocate, and ended up writing his book, The Riot Within: My Journey from Rebellion to Redemption.

Rodney King’s story about his encounter with Los Angeles police officers is just one among many of police brutality. This type of injustice has been happening constantly in our criminal justice system, and the discrimination of minorities is still with us. From George Floyd, Breonna Taylor, and Alton Sterling, to Rayshard Brooks, Freddie Gray, Eric Gardner, Michael Brown, Tamir Rice, and so many more individuals, specifically black individuals, who have not received the justice they deserved based on the color of their skin. There has been a constant voice of protest against such behavior by law enforcement, in recent years led by African-American athletes like Colin Kapernick and the “taking a knee” form of political expression. More recently, the murders of Breonna Taylor and particularly of George Floyd have sparked the largest protest movement since the Civil Rights Movement of the 1950s and 1960s, specifically the Black Lives Matter movement, which is bringing widespread awareness to this problem. The fact that this issue is ongoing and yet many people are still oblivious to what is happening in the world is heartbreaking. Police who continue to have the mentality of “shoot first and ask questions later” when it comes to people of color, need to change. Americans must advocate for a zero tolerance of racism within our justice and law enforcement systems.

I would like to thank my family for being nothing but supportive and encouraging throughout this whole writing process. I would like to thank Daniella Duran for helping me in the early stages of the project, and with helping me establish which direction to take with my article. And I am most grateful to Dr. Whitener for his assistance during the editing stages of the project, and also his uplifting spirit throughout the whole project, which helped me see the importance of it and how it can be helpful and useful for myself and others.

I am a student-athlete at St. Mary’s University in San Antonio, Texas. I am a part of the 2024 graduating class and am majoring in Forensic Science-Criminology. I am also a member of the St. Mary’s Volleyball team. I am from Houston, Texas and in my free time I enjoy spending time with family and friends.
Author Portfolio Page