Selena Quintanilla-Perez: A Star That Will Always Shine 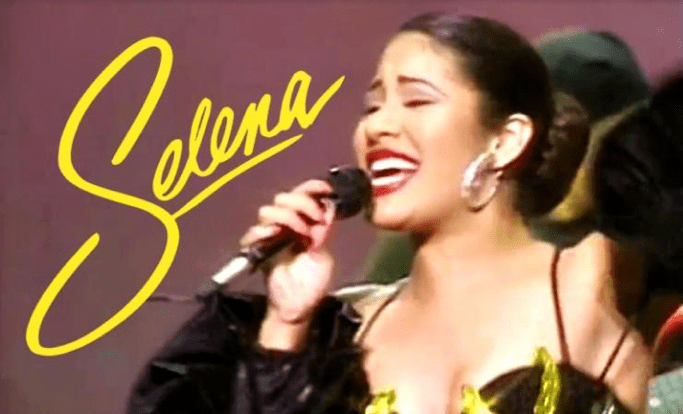 Texas is known for its unique culture, food, traditions, sports, and music. The Texan attitude towards Tex-Mex bands is uniquely appreciated and patriotic for Texan residents, especially to those living in Texas during the 1980-1990s when singer/songwriter Selena Quintanilla-Perez was at the peak of her musical career. She was known for singing Tejano music, a unique genre that was most popular in the state of Texas.1 Tejano music is a unique genre that is composed of an integration of both country beats and traditional Mexican rhythms, as well as a fusion of unique sounds that includes a mixture of cumbias, country-western, and R&B.

Selena Quintanilla-Perez was born in Lake Jackson, Texas on April 16, 1971. She was the daughter of Abraham Quintanilla and Marcella Perez-Quintanilla, and the youngest of three children. Her artistic career began at the age of six years old when her father Abraham decided to start a family Tejano band known as “Los Dinos.” The band featured Selena’s brother Abraham (AB) and her sister Suzette.2 Mr. Quintanilla taught Selena and her siblings how to play instruments and sing the lyrics to famous Spanish songs. Her brother AB played bass, while her sister Suzette played the drums, and Selena acted as the lead singer. “Selena y Los Dinos” started by performing in the family restaurant, “Papa Gallo’s,” and at weddings in her hometown of Lake Jackson, Texas.3

In 1981, the band moved to Corpus Christi and began to excel in the Tejano music industry by becoming a professional musical act performing in nightclubs, festivals, and state fairs.4 One of the most prominent features that distinguished Selena from other singers was her fashion. She was mostly recognized for her striking outfits and elaborate dance movements, obtaining the identity of the “Mexican Madonna.” She was also labeled as the “Queen of Tejano Music.” She was among the first female performers to excel in this particular music industry. Her charming and humble character won the hearts of American and Latin American audiences.5 Despite her success in the Spanish-language market, mainstream society largely ignored Selena until 1993.

In 1984, the band recorded their first album with Freddie Labels. They decided to name the album “Selena y Los Dinos,” a simple and recognizable title. Unfortunately, the group did not have much luck selling their albums. Selena’s father, who played the role of band manager at the time, decided to move the band from Freddie Label to Cara Recordings.6 Living in a van, the band continued to tour by opening for larger Tejano acts in cities all over Texas. The group released their second album Alpha in 1986, followed by the album Muñequito De Trapo. The year of 1986 was an eventful year for the star, as she was discovered by the two major players in the Tejano Music Industry: Rick Trevi, founder of the Tejano Music Awards, and Johnny Canales, the host of one of the top Spanish television shows.7

Selena’s rise to fame continued in 1986 when she won the Tejano Music Award for Female Entertainer of the Year. By the late 1980s, Selena was known as “La Reina de la Onda Tejana” or the Queen of Tejano music. The band released three more albums in 1987 and 1988 (And The Winner Is, Dulce Amor, and Preciosa). Her popularity soared winning her more awards from the Tejano Music Awards for 1988.8 She continued to win awards repeatedly for the next seven years. The publicity she gained in these years allowed her to sign a contract with EMI Latin Records in 1989. That same year, her first album was released on EMI Latin called simply Selena. It was the first album that listed the artist as Selena instead of Selena y Los Dinos.9

Selena faced many obstacles during her musical career and she was often compared to other artists; she was criticized for her unpolished Spanish, since she grew up never having learned Spanish. She was neglected for not being able to speak fluent Spanish; however, using her charm and charisma, she was able to win acceptance in Mexico.10 But she obtained the love and support from Mexican citizens, which was an extremely rare phenomenon, as Mexicans rarely welcome Mexican-American performers. She also managed to break through several barriers and cross into the mainstream pop charts. Her unique look allowed her to influence those in her culture of her authentic Mexican heritage by shattering the Barbie Doll stereotype and redefining beauty for Hispanic women. However, like every obstacle in her life, she continued to improve and impress the Tejano music industry. Mexico’s approval would be hard for her to obtain, so she decided that the only way to gain the country’s love was to cross over to the Latin American market. She went to Mexico and attracted over 98,000 fans in Monterrey and other major cities. In 1994, Texas Monthly named her one of twenty influential Texans, and the Los Angeles Times interviewed her, and praised her for her tenacious, humble, and hardworking character.

Selena continued to prosper in the early 1990s, despite the gender and cultural stereotypes. A great example of her ultimate success took place in 1993 when she won a Grammy for Best Mexican-American Performance for her album Selena Live.11 Her success and humble character opened many opportunities for her as she began to design and manufacture her own clothing line. Her dream was to open a boutique, and like everything Selena set her mind to, she achieved it, not only opening one location but two in 1993, one in Corpus Christi and one in San Antonio.12 The years of glory continued to rain on the star’s life in 1994. She released her album Amor Prohibido (Forbidden Love), which was nominated for another Grammy. The fame and recognition brought by her musical career attracted the attention of the Mexican mainstream media, and she was made an offer to appear in the Latin soap opera Dos Mujeres, Un Camino.

One of her last and more memorable performance took place in 1995 at the Houston Livestock Show and Rodeo. The band attracted over 61,000 fans. It was a record-breaking performance that gave her “Star” status. This would be the last concert she would perform.

On March 31, 1995, Selena’s life was taken away. Yolanda Saldivar, her fan club president and manager of her boutiques, was responsible for shooting Selena in the back. They quickly rushed her to the local hospital, but unfortunately, she was pronounced dead at 1:05 pm. She was only twenty-three and was two days away from her third wedding anniversary, and seventeen days shy of her twenty-fourth birthday.13

The death of Selena was devastating, especially for the Hispanic community. Selena Quintanilla-Perez remains and will remain an iconic legend for the Tejano music industry, as she inspired thousands of women and gave life to an underrated music genre.14 She was able to set the standards for Hispanic women breaking stereotypes, especially in a male dominating industry.

Selena had recorded an English album, but unfortunately did not finish recording it.15 As a tribute to her tragic death, her family decided to release an album that included a combination of Spanish songs and the four English songs that Selena had recorded for her planned English album. In the summer of 1995, the album Dreaming of You was released. Even after her death, she continued to break records. The album appeared on the U.S. Billboard 200 for the songs I Could Fall In Love and Dreaming Of You. She was the first Latin artist to achieve such status. Her music was widely played on mainstream English radio.16

To this day, Selena still inspires us. She has become a cultural icon, establishing the importance of humbleness and kindness.17 Selena was loved for her vibrant character, as she set the example by being proud of her roots and being hard working in order to accomplish her goals. She was an idol to millions of people and set major records in the Tejano music industry.