The Artistic Duo: The Inspiring Story of Jean Michel Basquiat and Andy Warhol 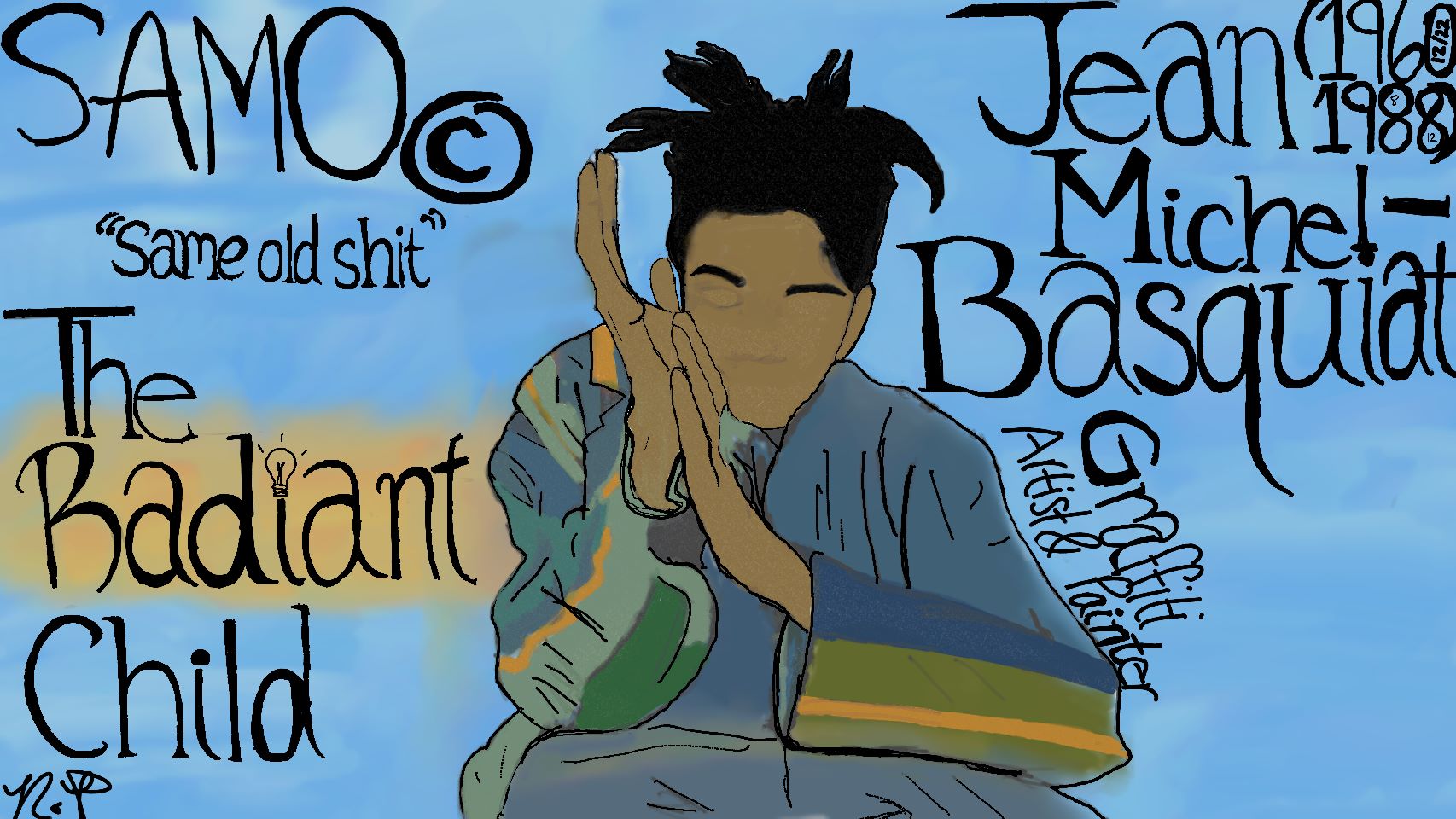 Jean Michel-Basquiat was a high school dropout. Free from the responsibilities of education, he became a graffiti artist, and, at seventeen years old, walked around and painted on the streets of New York. He created art by spray painting different surfaces in the city, and always signed his work as “SAMO,” meaning “same old shit,” as he had done since he met an important friend of his, Al Diaz.1 Since he hardly had any money, he sold his art on clothing items and postcards at a high price. The profits he received from selling his art were often spent on typical needs and drugs. Although they were making good money, the duo split up in 1979 and Michel-Basquiat met Keith Haring. Although he didn’t know it then, Haring would one day help him meet his hero.

One night in 1980, Michel-Basquiat got his first break when he got to take part in the Times Square Show that was organized by Keith Haring at Club 57, an institution that allowed young artists to show off their work. Within the same year, the young artist finally got the chance to meet the well-known Andy Warhol at the Factory in New York. Jean wanted nothing more than to meet his hero, and knew that he could find some popularity through Andy and his influence, as popularity is one of the most important things to consider for an artist.2 They finally met in the fall at Andy Warhol’s famous art studio, the Factory. Jean approached his idol and handed him his portfolio, which was filled to the brim with postcards brandishing the different artwork that he created. Luckily, Warhol took interest in the street artist, and decided to take Jean under his wing.

A few years go by and Andy finds himself intrigued by the contemporary art scene. As he continued to teach Michel-Basquiat everything he knew, he also advised his pupil to live healthy by helping him recover from his continued drug usage.3 Michel-Basquiat had been using heroin and cocaine before he met Warhol, and over time it was clearly beginning to get the best of him. Warhol took it as part of his duties as a teacher to assist the young artist in getting control of his life through a rejection of drugs. As time went on, the duo created a variety of works, most of which are paintings on walls and graffiti with different messages. Their famed “Heart Attack” painting, for instance, relies heavily on the idea of “mixed media,” and is one of the most well-known and professional examples of it. In the face of their climbing popularity, the two decided to host an exhibit in the Shafrazi Gallery in New York City. Despite their best efforts, however, their art failed to sell very well at the exhibition, as only one of their works was sold. As a result of this tragic outcome, Michel-Basquiat became emotionally unstable and began to doubt his own artistic ability. As he occupied his thoughts by dealing with the failure of the show, he was caught completely unprepared for what was to come next in his life.

On February 22, 1987, Andy Warhol went into cardiac arrest and was declared dead after an unsuccessful gall bladder surgery.4 Although many mourned the death of the great artist, there were perhaps none as negatively affected as Michel-Basquiat. Warhol was his mentor and idol, and his death came with deep psychological consequences to his well-being. Near the end of 1987, the young artist expressed his negative emotions in a work of art that had a violent message, and was openly critical of society. He started to struggle with motivation, and subsequently turned to heroin as a cure, relapsing into an activity that his mentor had previously tried so hard to help him overcome. He started to experience loneliness.5

In August 1998, Michel-Basquiat died at a young age via heroin overdose.6 Though he had a rough upbringing and bleak aspirations for the future, most of his artwork is well-known today, and hangs in places outside of New York and the United States. His story is undoubtedly one of persistence, courage, and tragedy, and it is for this reason that he will always be remembered as the Radiant Child or as his alter ego, SAMO.7

My name is Nelly Perez and I am a Criminology major. I am a freshman, marking me in the class of 2023. I’m interested in the arts and I have created the featured image for my article on Jean Michel-Basquiat and Andy Warhol. I aspire to write and illustrate different topics within history.
Author Portfolio Page