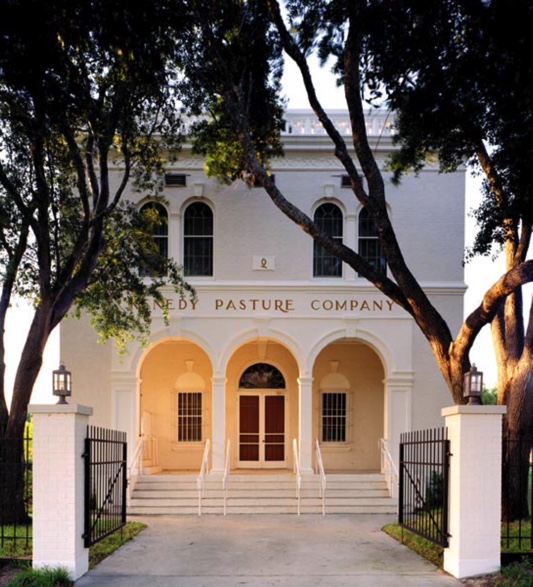 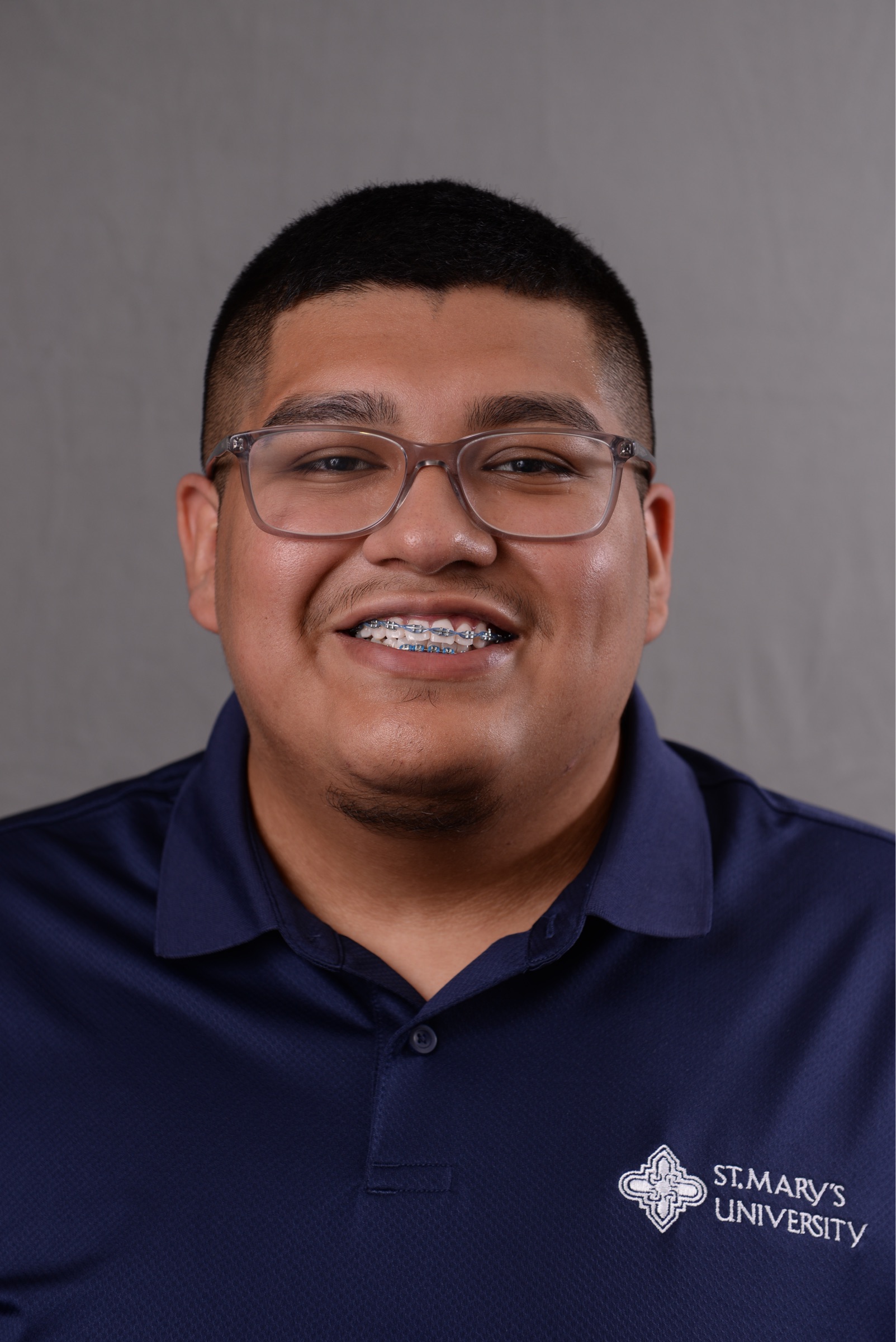 Early 1863 in the Confederate state of Texas, Adrian Vidal was committing mutiny with his Tejano group of independent partisans. Torn between two wars, the American Civil War and the Mexican fight for independence, Adrian Vidal denounced the Confederacy for its support for the French invaders in Mexico. Protecting his people along both sides of the Rio Grande river, Vidal and his troops redirected their alliance to the Union.1 His decision was a very bold move, and it gained him two bounties on his head. He was now a very wanted man for his defiant behavior to both the Confederacy and to the French Emperor Maximilian of the imperialists in Mexico. He was a true Tejano who knew the feeling of belonging to two countries and having to fight for both of those countries. Although he was caught between two civil wars, one thing was certain: his loyalty remained to Tejanos and Mexicans along both sides of the border.

Adrian Vidal, the Mexican-born American soldier who was once feared by the Union army, now shared a common enemy with the Union, the Confederacy. The Confederacy was a new enemy to Vidal due to its support of the French occupation in Mexico, which was a serious threat to both fellow Tejanos and to Mexicans along the border. Both the Confederacy and the Union knew what Vidal was capable of when leading his own militia, as he was once part of the Confederates and once an effective attacker of the Union. But now, the Confederacy badly wanted to take down Vidal and his men. In 1863, the same year he left the Confederacy, Confederate leaders sent troops down to Brownsville where they waited for Vidal, ready to kill him. Fortunately for Vidal and his troops, they never actually got to Brownsville. They only managed to pass by Brownsville and steered clear of the enemy. Confederate generals were frustrated and sought to have Vidal captured, dead or alive. Confederate General Hamilton Bee sent two soldiers to fetch Vidal. But this was where General Bee made a big mistake. Vidal was very skillful in combat and proved to be a warrior who would kill in the name of his cause. He would resist the Imperial and Confederate powers. Inspired to send a strong message back to the generals of the Confederacy, Vidal showed them the consequences of getting in his way. Of those two soldiers who were sent by General Bee for Vidal, one was killed and one was allowed to go back and tell the story to General Bee. The soldier who was killed happened to be the son of General Bee. This infuriated the general, making Vidal’s head even more valuable to the enemies.2

Vidal came from a well-known family in Texas, the Kenedy family. The family had one of the biggest ranches in the state of Texas. They had become famous for raising cattle and horses on its giant Laureles Ranch. Mifflin Kenedy was a businessman who not only raised horses and cattle, but he also owned steamboats, which were used for trade along the Rio Grande. Excelling in trade along the river made the Kenedy family very familiar with the Confederacy. The company of steamboats was very successful in shipping cotton and other resources through the Rio Grande for the Confederate army. This tied the Kenedy name to the Confederacy because of their mutual trade interests along the Rio Grande. The Confederacy needed the trade goods because all of its ports along the Gulf of Mexico had been blockaded by the Union navy. When Vidal denounced the Confederacy, he was also severing his deep ties to the Kenedy name and its wealth, which was deeply entangled in Confederate affairs. Vidal, who was so zealous in his mission to protect Tejanos and Mexicans along the border, managed to get tangled in this complicated web of relations. The complicated web consisted of his Kenedy family who was proven to have been vital to the Confederacy, which Vidal once supported and then later supported the Union.3

Vidal and his troops needed a temporary safe haven, so they fled to northern Mexico to avoid encounters with the Confederacy. But their refuge in Mexico didn’t last long. Vidal and his men were only seeking sanctuary and the replenishment of their supplies. Ready for battle again, Vidal and his men headed back to the fight in Texas. However, this time he joined the forces of the Union, which by that time had made its way into Texas. Adrian was convinced that joining forces with the Union army was his next best option. He was under the impression that the Union government, which was also against the French occupation of Mexico, might eventually help him take the fight to Mexico, where he could then confront the French imperialists with the aid of Union soldiers.4

Adrian Vidal, who was now fighting for the Union, struck the Confederacy where it would hurt them from the inside out. Vidal disrupted the flow of resources that had allowed the Confederacy in Texas to function for so long. He knew that the Confederate army was able to get their resources in and out of Texas even when all ports in the gulf were taken over by the Union, because they managed to get resources through the Rio Grande. Adrian and his troops stole and rampaged along the Rio Grande, which was ironic considering he was once stationed at the mouth of the river to protect the entrance from Union attacks. Taking resources and lives from Confederate supporters, and blowing up fleets of cotton and ammunition was Vidal’s way of resisting the Confederacy and also resisting the French forces that threatened his people. Even when Vidal made great efforts for the Union, he noticed that there was no actual action of the Union that would advance his cause to help Mexico. Vidal felt that the Union was asking for too much from him and his men without reciprocating. The Union was doing nothing to actually help resist the French Imperialists. The Union commanders often asked Vidal to send reports, and never thought to make accommodations considering there was a bit of a language barrier due to struggle to communicate in English. Inconveniences like that were the same frustrations that the Confederacy had brought upon Vidal and his men. Still, with Vidal’s military success, the Union still showed no signs of action to treat Vidal and his men any better than the Confederacy did or even to help liberate Mexico. He grew tired of waiting for the Union, so when he finally decided to take matters into his own hands, he did exactly that. Although he asked for an honorable discharge, Vidal was too impatient to wait for it, and so he headed straight for Mexico, ready to take back Mexican land.5 The Union decided not to get involved, because the Americans knew that getting involved would potentially start another war, which would be horrific considering they were already in a civil war. When Vidal finally reached Mexico, he was drooling for French blood. He joined forces with General Cortina. Vidal was a very aggressive fighter who insisted on a “take no prisoners” policy. Vidal killed anyone who was against him. He went on a frenzy on the battlefield, where he immediately executed his captives, truly living by his policy. Not too long after, the French troops managed to capture Vidal at the village of Camargo, where he was given a taste of his own medicine.6

Adrian Vidal was a true war hero, who was willing to die for his cause; and that is exactly what he did. Getting ready to die for his people along both sides of the border, he knelt down in a boat on the Rio Grande. Captured by French imperialists, who were eager to punish him for his treacherous acts against the emperor and his army, Vidal was in the hands of his enemies. Being an American citizen, the French army was not allowed on American soil; and they were not allowed to kill an American on Mexican soil. So they took Vidal to his own family’s steamboat in the Rio Grande, so that they would be literally in between both countries. French imperialists lined up ready to release their lead-loaded weapons and let Vidal feel the wrath of the French. Vidal’s mother Petra Vela and his stepfather Mifflin Kenedy, after hearing of Vidal’s capture, were racing to the scene, to try to save their son’s life, ready to offer Vidal’s weight in gold for ransom or pay any price. French troops still aimed at Vidal, ready to fire. French authorities did not accept the Kenedy’s offer; Vidal’s crimes were only punishable by death. “For the sake of my mother please do not shoot my face, Viva Mexico!” Those were his last words before being shot to death.7

The tragic death of Tejano Adrian Vidal is a story that not widely known. Vidal was a war hero who risked his life on both sides of the border, laying his life down with honor and courage to protect his people. Once his body laid lifeless, the only thing remaining to him was his legacy of being a fighter for his people. Petra Vela and Mifflin Kenedy buried his body in Brownsville Texas. His legacy lives on today along the border in Texas and Mexico with the Tejanos and Mexicanos who were and are able to live there without foreign rulers or threats. The little known information that is left of his life can be found today in the Kenedy museum in Sarita, Texas.