The Battle of Cannae: The Day Rome Stumbled 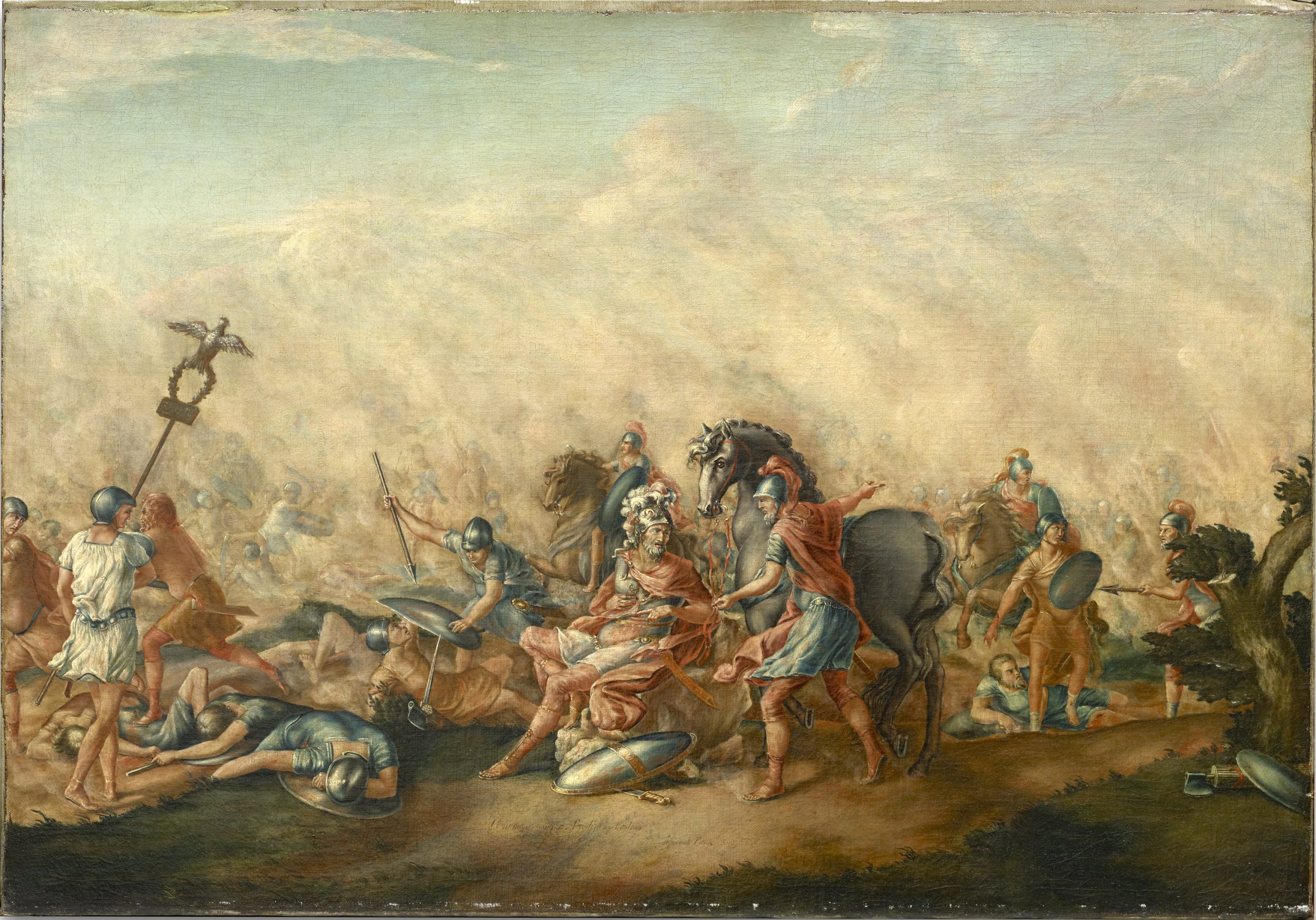 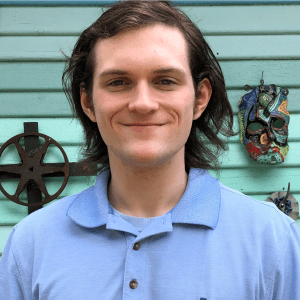 It is the year 241 BCE in Carthage and the six-year-old Hannibal Barca has just been told the unthinkable, that Carthage has surrendered to the Roman Republic. Before the First Punic War, Carthage was the greatest superpower in the Mediterranean; it controlled most of the coast of North Africa and a significant portion of Sicily, and this made Carthage very rich and powerful. This is why the initial defeat was so stunning to Hannibal and the Carthaginians; it was almost impossible for them to believe that they were defeated by these upstart Romans. His father, the general of the Carthaginian army, felt shame in the defeat of his country, and Hannibal saw this clearly. Carthage itself was left in disarray because of the money and land claims they had to give to the victorious Romans. This meant that the mercenaries that Carthage employed were left unpaid and soon Hannibal’s father was forced to crush several mercenary rebellions in Carthaginian territory. This was the world that Hannibal grew up in.1

From this point on, a deep hatred for Rome was instilled in Hannibal, and it would become his greatest desire to see Rome brought to ruin and for Carthage to be elevated to its greatest height. His father, who likely inspired such feelings in Hannibal, took him to the Temple of Baal, where he had Hannibal consecrate his eternal hatred of Rome by swearing an oath, with Baal as his witness. This was an oath that Hannibal would remember for the rest of his life, and the moment it was sworn was the moment his task truly began. The young Hannibal’s purpose was now divine, and with the favor of his god, he would not allow anyone to get in the way of Rome’s destruction.2

Many years later, Hannibal finally got the opportunity to exact his vengeance on the Romans. This opportunity came around the year 220 BCE, when Romans went against a treaty they struck with the Carthaginians and attempted to expand their influence to Iberia.3 Hannibal sought to prevent Roman encroachment, and in the year 219 BCE, Hannibal laid siege to the Roman-sympathizing Saguntum. This siege would obviously give the Romans an incentive to go to war with Carthage. Hannibal was not just aware of this fact; it is exactly what he wanted. Unsurprisingly, by the year 218 BCE, war was officially declared by the Romans.4 Hannibal had assembled a grand army in preparation for his conquest of Rome. He had recruited men from various different cultures and regions, such as Numidians, Balearic Islanders, and Libyans; he even assembled thirty-seven war elephants. Hannibal also planned to recruit troops along the way to replenish his numbers. With war declared, Hannibal had the go-ahead to begin to march his troops against the Romans.5

Hannibal would then go on to show the Romans his vengeful fury in the form of two straight years of conquest and victories. Hannibal would prove to the world just how devoted he was to getting his revenge, by the amount of obstacles and challenges he would overcome. On his path to Rome, he would battle not just the native barbarian tribes, but he would also battle nature itself. Many men in his army must have thought Hannibal mad when they saw what he planned to do in just crossing the Alps. The boldness and determination shown in Hannibal’s crossing of the Alps is staggering. He risked losing his entire army to attrition alone, but he followed the old Latin proverb, “fortune favors the bold.” As a reward for his ingenuity and boldness, Hannibal was able to march on the Italian Peninsula with relative ease, forcing the Romans to scramble the armies back home.6 Hannibal would begin to cut a bloody path through any army the Romans sent at him. He did not simply achieve his initial victories through brute force or luck. Every action Hannibal took was calculated, and he bent everything to his favor: terrain, his own men, and even the enemy. Hannibal quickly proved himself to be a master of strategy and warfare. This genius was especially clear at the battles of the Trebia River and Lake Trasimene. At the Battle of the Trebia, Hannibal used the freezing temperature and the fiery temper of the enemy general to his advantage, baiting the Romans to march through the freezing cold Trebia River and into an ambush, where the general was forced to flee in shame with most of his army wiped out.7 Hannibal then proved himself again at the Battle of Lake Trasimene. There Hannibal baited a different hotheaded Roman general into an unfavorable attack. Hannibal utilized the terrain again, this time hiding his best men and using fog to conceal them, and then sprung his trap when the Romans rashly charged at the Carthaginians. Again, Hannibal secured another major victory. This time he was able to kill the opposing general.8

Hannibal at this point would seem like the vengeful spirit of Carthage tearing its way through Italy, and the Roman’s were likely scared out of their minds. However, if there was two things the Romans had access to, it was manpower and money. Despite the catastrophic losses of men at Trebia and Trasimene, the Romans would still manage to field their largest army ever up to that point. The army consisted of about eighty thousand infantry and six thousand cavalry, and was led by the consuls Lucius Aemilius Paullus and Caius Terentius Varro. This would appear to be Hannibal’s greatest challenge so far, and yet this became his greatest triumph.9

The coming battle took place during the summer of the year 216 BCE near the village of Cannae. As a way to disrupt the Romans, Hannibal seized a supply depot at Cannae, which he used to feed his troops and starve the massive Roman army. This sent the Roman army into a scramble as they now were having trouble supplying their enormous army, which was the intention of Hannibal, because he knew that he would need every advantage in order to overcome this Roman force.10 As the time for battle began to rapidly approach, Paullus gave a speech in order to invigorate his men. Paullus delivered a speech that insulted Hannibal’s army, calling it weak, and he pointed out its numerical inferiority, while he reminded his men that they were fighting to defend their homeland and their families. The confidence of the Romans was clear and they truly believed that today was the day that Hannibal would be slain.11

After a few days of inconsequential skirmishing, the battle began in earnest. The armies met in the summer’s heat with the Aufidus River on the flank of each formation, and with the battle lines drawn, it was Hannibal’s veteran but exhausted and undermanned mercenary army versus the inexperienced and hastily recruited Roman army that had twice as many soldiers as their enemy. The confidence of the Romans caused them to pack their soldiers in tight with cavalry protecting their flanks. The Romans did this because they were expecting the infantry to cut down the Carthaginians in a constant bloody advance. Hannibal, on the other hand, had his troops in a thinner battle line to match the width of the Romans, with the middlemost troops advanced forward to create a spike in his line with his Spanish and Celtic cavalry to the flanks of his formation.12

When the attack command was finally given, it must have been total chaos the likes of which the ancient world had never seen before. The skirmishers of both sides began first, peppering the infantry with missiles. One such missile incapacitated Paullus, preventing him from being able to lead his troops. Skirmishing continued until finally the infantries met. When the infantries clashed, the noise and din of war would have been enormous. Tens of thousands of men all fighting for their lives, some to protect their homeland, fewer for the promise of loot and gold, and fewer still fought for vengeance against a great and hated enemy. Where Hannibal’s army lacked in infantry, he compensated in having more cavalry than the Romans, and he used this numerical superiority to run off the Roman cavalry that defended its flanks as well as Varro, who was attached to the cavalry unit. Things were looking good for Hannibal until he began to realize something. His battle line was collapsing from the middle, it was beginning to look like a bowl. Upon seeing this, Hannibal realized something; he had the Romans exactly where he wanted them.13

The Confident Romans surged forward into the enemy battle line, and because of how far they were pushing the Carthaginians back, they believed themselves to be winning. However, their jubilation soon turned to terror when Hannibal’s trap was sprung. The bulge in the Carthaginian battle line caused by wavering troops spelled doom for the Romans, as the victorious Carthaginian cavalry rode into the backs of the Romans, sealing them in a circle of infantry and cavalry. This very moment was when Hannibal would go down in history as one of the greatest generals of all time. With the Romans trapped and surrounded, the battle was over. What then ensued was a slaughter. Tens of thousands of Romans were cut down over the course of that day, and by the conclusion of the battle, roughly fifty-five to seventy thousand Romans, including Paullus, died that day. Hannibal’s victory was absolute, as was the humiliation of Rome.14

With Hannibal’s victory at Cannae, the illusion of Roman invincibility was thoroughly shattered. Hannibal could now quite clearly see that the fulfillment of his oath to Baal and the restoration of Carthage’s glory were closer now than every before. Hannibal celebrated his greatest victory now but deep down he knew that his oath would never be fulfilled until Rome itself burned.

I am a History major going to St. Mary's University in San Antonio, my hometown. I am extremely passionate about ancient Mediterranean history, and one of the most interesting civilizations to me is ancient Rome. I am always trying to learn new things about our past and I really enjoy having in depth discussions about history with people.
Author Portfolio Page