The Cannibal Who Advertised: Armin Meiwes Ate What He Killed 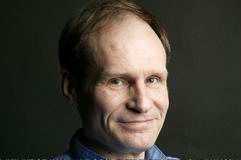 Human flesh for lunch, dinner, and dessert — it’s certainly a taste you’ll never forget. On December 11, 2002, Armin Meiwes was arrested for the murder of Bernd Brandes. On May 10, 2006, he was sentenced to life in prison. But this is not where Armin’s story begins. How does someone become a cannibal? Was there always a monster lurking deep within him? Do we all have monsters lurking within us? This begins the story of Armin Meiwes.

Armin Meiwes was born on December 1, 1961. Armin’s father, Dieter Meiwes, was a police officer. He had saved up enough money to buy his family a thirty-six-room, 16,000 square-foot mansion in Wüstefeld, Germany. His parents, Dieter and Waltraud, married when he was 21 and she was 40. Armin’s birth was far from welcome. It was just one more attempt at manipulation by Waltraud, an aspect of her grand scheme to keep Dieter permanently by her side.1 Despite them having material comforts, emotional discomfort lingered in the household. Armin’s father was unhappy in his marriage, because Waltraud was so possessive of him. She constantly threatened his life and accused him of having affairs.  One afternoon in September 1969, 7-year-old Armin was playing hide and seek when he heard his parents arguing. His father stormed out of the house, got into his car and drove off, leaving a terrified and saddened young Armin. He never saw his father again. As time went on, Armin sought comfort reading Grimms’ Fairy Tales. His favorite story was Hansel and Gretel. He especially liked the passage in which the storybook witch “fattens up little Hansel” in the hope of cooking him and eating him.  As a child he used to act out the scene over and over again, playing the role of the witch and delighting in the idea of roasting and eating Hansel.2

The Grimm’s Fairy Tales were a popular children’s story in Germany during this time. The Grimm’s Fairy Tales were explicit tales that told the harsh outcomes if certain actions were taken. Germans admired these tales because they could see that the people who purposely and outwardly did wrong were punished to the extreme, before learning a lesson from these consequences. The Fairy Tales book embodied the German culture and captivated the German people. The Grimm brothers’ studied law and wanted to expand the knowledge by traveling around collecting stories, piecing them together and adding Germanic culture. The brothers’ folklore poetry expressed external joys, sorrow, and fears of humanity. The Grimms were keen German nationalists who wanted to see the multitude of German states united as one country, and they believed that folk tales revealed a national German identity. Even stories like ‘Red Riding Hood,’ told in different versions in many languages, originated from ancient Germanic tales. The tales identified themes, incidents in Germanic mythology and legends that they believed were echoed in folk tales. The Nazis warmly approved of the Grimms’ work, which, as Professor Jack Zipes explains, the Nazis exploited the harsh lessons from the tales ‘to uphold the racist and nationalist supremacy of the German people.’3

As Armin hit puberty at the age of thirteen, he began to view himself and the world differently. He was confused as to how to react to the sudden physical and mental changes occurring to his body. Ulla, a friend of Armin’s mother, volunteered to teach Armin about the world and its hidden depths. She encouraged him to indulge in his dark fantasies and introduced him to the world of Satanism. On the outside, Ulla seemed like a comical, friendly person helping out her friend’s son so that he could have hope in life. In reality, Ulla pushed Armin to revel in his darkest desires. She voiced Satan’s greatness, describing how he would come from the Atlantis and lead them to prosperity. Ulla was a witch that would cast different spells, including death spells, for a fee. Deep down, Armin was missing a mother’s love. His mother rarely hugged him or showed him any sign of emotion. She was verbally abusive. Armin delved deeper into his fantasies; he would lay in bed for hours with dismembered Barbie dolls. Armin would smear ketchup and some pork on his belly to resemble torn flesh. Armin began to realize he was a cannibal at the age of thirteen. As he continued developing, he became sexually confused. He liked women, but he also had desires for men. He felt that he was bisexual, but he mostly wanted to eat men rather than have sex with them. Armin continued to awkwardly develop until the age of nineteen.Wanting to be free of his mother’s and Ulla’s influences, and to exterminate his dark desires on January 1, 1981 at the age of nineteen, Armin decided to enlist in the West German Army, the Bundeswehr. He enlisted when tensions between nations were high, especially toward Germans because of World War II and its devastating outcomes of the millions dead and the exorbitant cost of the war.4

In the West German Army, men socialized, aware that anything could happen. The Bundeswehr was the backbone of NATO’s conventional defense in Central Europe. The Bundeswehr had a strength of 495,000 soldiers, about double the strength of reserve forces and 170,000 civilian personnel. The West German Army was under scrutiny due to the fact that there were controversies about remilitarizing Germany, especially after World War II. During the wars, the Bundeswehr saw many horrific sights. Their fellow soldiers were being shot down and killed. Death was a horrible thing that haunted all of them and seemed to always lurk around.  To add insult to injury, German soldiers were not really trusted because of incidents during World War II, especially linked to the Nazis and their experiments and annihilation of millions of Jews. Trying to fight with armies that seem to hate you and dealing with defending yourself and fellow soldiers was a lot to handle.5

Armin initially prospered in his military career, even though he was not social. He received numerous promotions, and was given positions of trust. Still troubled with his secret desires and unable to communicate with anyone, he started drinking, which ultimately led to his relief from the military. Through all this, the people in his life dwindled. In 1992, after he was relieved from the military, Ulla turned from Satanism to Christianity, and she died six years later. One year after Ulla’s death, Armin’s mother passed away. To observers, it seemed as though Armin was unaffected; but in reality, he was affected deeply, just not the way people thought. He was happy for the freedom he had gained. Armin appeared to be put together. However, internally, everything was in shambles. The home he lived in was falling apart, and Armin still held on to his childhood, afraid to part with it. This included his childlike demeanor and toys from when he was little. Armin disintegrated fast; he began wearing his mother’s clothing and acting like her in front of neighbors. It seemed like his world was frozen in time.6

Armin started participating in chatrooms about cannibalism, feeding into his desires. Armin finally decided to act on his desires to eat human flesh. He created a slaughter room, adding a bed, ropes connected to the bed, and gallon size buckets to collect blood. All he needed now was a victim. Armin decided to advertise on German and English-language cannibal websites: “I am Franky from Germany,” he wrote in halting, ungrammatical English, “and I search for a young Boy, between 18 and 30 y/o.  Have you a normal build body and will you di [sic], than come to me, [I] butchering you and eat your horny flesh.” Armin not only wanted to obtain a victim, but he wanted them to be willing to die. After several, males came forward, he went through an interview like process to find the perfect one for him. But to Armin’s disappointment, the ones he found took it as a joke and backed out at least second when things turned serious.7

Cannibalism is the eating of human flesh. Though many early accounts of cannibalism probably were exaggerated or were misunderstood, the practice prevailed until modern times in parts of West and Central Africa and Melanesia (especially Fiji). In other cases, the consumption of particular portions of organs was a ritual means by which certain qualities of the person eaten might be obtained or by which powers of witchcraft or sorcery might be employed. There is not a single satisfactory explanation for cannibalism, but the reasons for it varied with context. Different peoples have practiced it for different reasons, and one group may practice cannibalism in one context and view it with horror in another. In any case, the spread of modernization largely resulted in the prohibition of such practices. In modern society, cannibalism does occasionally occur as the result of extreme physical necessity in isolated surroundings.8

Finally, Armin found a willing victim. On February 2001, Bernd Brandes, who was having the same struggles as Armin, signed himself up as a volunteer for dinner. Bernd was sexually confused. He informed Armin that “he had had the desire since he was a child to be slaughtered and eaten.” He assured Armin, “It was the same with me as with you.” As their communication went back and forth, Bernd kept upping the antics. He encouraged Armin “to rip out my vitals with your teeth.”9

It finally came time for them to meet. Armin and Bernd drove from Kassel to Wüstefeld had coffee together at Armin’s mansion. Armin severed one of Bernd’s vital organs. Bernd was bleeding profusely and Armin gave him sleeping pills and cough syrup to numb the pain. Armin put Bernd in the bath tub to wash off the blood.  Bernd requested that as soon as he fell asleep that Armin cut his throat. When Bernd feel asleep, Armin cut his throat severed his other parts and organs and froze them for later dinners. The next day was Sunday, and Armin had planned ahead for a fine Sunday feast. He selected a steak from Armin’s thigh and “flavoured [it] with garlic and Muscat wine.” He dressed for the occasion, in a jacket and necktie. Armin described what happened next: “The eating took place in the living room.  Quite ceremoniously, with a candelabra.  I got out the black porcelain and the finest tablecloth from the china cabinet.  I sat down at the table and enjoyed the solemn moment.”10

On December 11, 2002, Armin Meiwes was arrested for the murder of Bernd Brandes, and four years later, he was sentenced to life in prison. But this is not where Armin’s story begins. Are people born with these dark thoughts that can manifest overtime and cause them to commit heinous crimes, or are these ideas something that develop out of life experiences? Armin Miewes will always be known as “The Cannibal who Advertised.” But we will never know what was going through his mind as he was eating Bernd Brandes.