The Consequences to Conquer Freedom: The Perilous Journey of Female Migrants across the U.S. Mexico Border 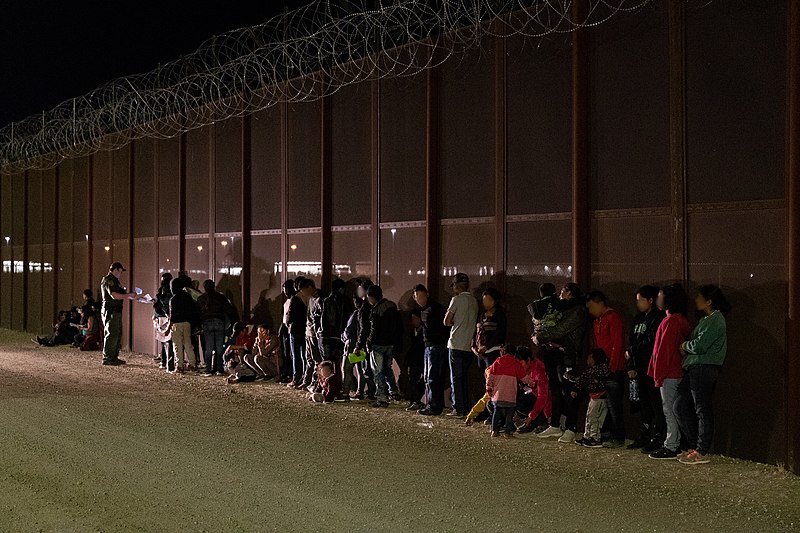 In 2019, the Trump administration passed a “zero-tolerance” policy that discouraged illegal immigration and strengthened legislation that allows U.S customs to separate children from their parents when they have enough information to prove families have entered the U.S illegally. But in reality, the Trump administration does not understand why more immigrants have been crossing the border, particularly why there has been an increase in women and children immigrating. Based on recent studies by the Migration Policy Institute, there has been an increase of 3.5 million of Central American immigrants since 2000. Many people believe that the increase in Central American immigrants has just been because women are seeking better jobs or economic opportunities to prosper.1

Instead, more than ninety percent of female immigrants have been trying to leave their home countries due to violent and heinous criminal acts occurring there. Many of these women had been living in fear, because people were trying to make them commit criminal acts. Many women were being forced to join a specific gang or sell for a particular cartel. In the worst case scenario, some females had gone missing if they didn’t obey their community gang. In that case, typically when women had gone missing, they had either been sold into prostitution or killed.2

These dangers facing women in their home countries are horrific. But, if someone were to ask a women who has attempted to cross the border, they would explain that escaping their country is the least of their dangers. The most dangerous part is the journey itself. Coming to America, especially if they don’t have a male companion, women fear “the coyote” (a person who smuggles Latin Americans in exchange for a high fee), because frequently they abuse women physically or mentally. Sometimes, they will attempt to kill either females or males just to get what they want if you don’t have enough money for their “couta” (the money needed before and after you attempt to cross). In the worst cases, women go missing or get sold to cartels instead of completing the journey into the U.S.3

On April 24, 2019, a migrant caravan came to the United States. Many migrants that arrived with the caravan had come from Central America. More than half of the migrant caravan were females, many fleeing their countries because of the endemic violence there. One human rights advocacy group reported that in January 2019, El Salvador and Honduras were two of the most violent countries in the world. This is significant because this statistic portrays that many migrants have no option but to flee their country either because of gang threats against their lives or because they face mass murder from the government.4 A prime example of this is a young women named Chavez, from San Marcos, Guatemala, where she witnessed a few of her colleagues being killed in gang violence, because they had refused to join the gang. She reported that she was also threatened by the same Guatemalan cartel for many years, due to her being a threat to their sales. Chavez was viewed as “threat,” because she talked to the another cartel, which happened to be their enemy. After the death of her colleagues, Chavez finally made a risky decision to come to the United States, no matter what consequences she might face. Women like Chavez mourn, “It breaks my heart, but I have to keep going.”5

In comparison, Carmen was a single mother who lived in Guatemala whose pilgrimage happened for different reasons. Carmen was willing to risk everything for her son to live a better life where she could offer Enrique an education past the sixth grade. Carmen was well aware that she would have to leave her children due to the expenses of crossing the border and possibilities of harm that lay ahead, but still she continued on her journey despite these costs. As she was crossing the border, she was brutally raped and robbed by her smuggler. It was hard for her to move past all the torture, but she had to continue forward for her kids. Once she arrived in the U.S., she noticed that it was harder to make an honest living than people thought. She didn’t earn enough money to attempt bringing her son across the border. Even though some women come to the states to make a better life for themselves and their families, these women still face lots of violence, which makes them second guess their decision in bringing their children with them. They don’t want to their children to go through the same traumatic experience that they did.6

In some cases, women who are expecting a child or are crossing with a child might actually want to get caught by customs as they cross the border. Many women who are crossing with their children tend to rely on others to help provide food and water for their kids on the journey. Because women can’t carry all the belongings necessary for their children to stay hydrated and healthy, they might want to get caught by U.S. customs agents so that they can get these necessities for their children in a center. For many women, even just stepping onto the U.S soil is a miracle. They don’t care if they get stopped, because they know that wherever they end up going is still dramatically better than where they had been living. But, in reality, many women do not understand what could happen to them within the walls of a detention center until they experience it first-hand. For example, one women from El Salvador was eight-and-a-half months pregnant and began to experience contractions. The women was in a detention center near the Rio Grande and she thought that she would be allowed to stay in the United States because she was pregnant, but the officials disagreed. Border agents took her to a hospital nearby, where the doctors gave her a medication that would stop her contractions. Right after her contractions were stopped, they sent her back to Mexico, where she was caught crossing. What pregnant people don’t understand is that they face more dangers than anyone in a detention center, because they don’t have access to regular meals, medical care, and clean water.7

On the other hand, some of the women who actually make it to American soil will temporarily live in a “safe house” (a house that contains people who were able to cross the border and these are often run by the coyotes). But the name is misleading. Even those in safe houses are still in danger. For instance, Melvin, a 36-year-old mother of three, lived in a safe house in McAllen, Texas, waiting for her family to gather enough money to get free from the house. She thought she was safe from harm, until one night the smugglers lost patience waiting for her to pay them. The smugglers took matters in their own hands, drugged her with pills and cocaine, and then locked Melvin in a room. Melvin was locked in the room for weeks. The men she paid to bring her safely bringing to the United States had betrayed her, spending weeks raping her. If she ever spoke a word of this, they threatened to beat her and kill her and every single person in her family.8

Some may ask why women come to the United States if they face deadly consequences along the way? Although the journey of coming to the United States can be life threatening, for many women nothing beats the desire to find physical and cultural well-being in the U.S. People not only seek financial security, they also seek freedom — the freedom that will allow them to raise their children without worries of them being force to join a certain gang or cartel. These women are tired of living in fear that one day their child might go missing because of gang violence in their community. Immigrants don’t come to America to “steal jobs;” they come to find safety no matter what the consequences can be to achieve this goal. Their determination and willingness is all these women need to believe that what they are trying to conquer is without a doubt the best move for not only them for their children as well.9