The Discovery of Calculus: Leibniz vs. Newton 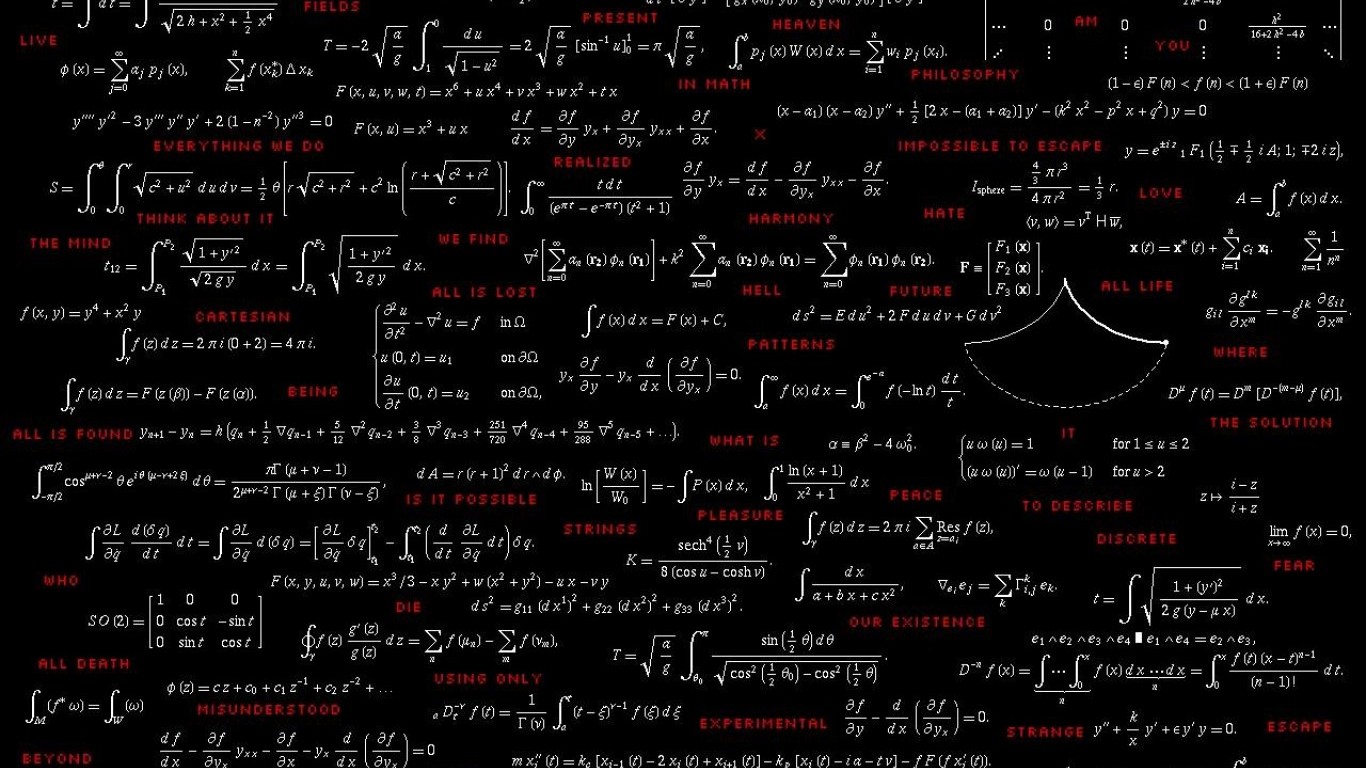 Calculus is a subject loved by some and feared by many. But what is Calculus? The simplest definition is: the study of how things change. Calculus can be used to make a model of the velocity at which an object moves, how it accelerates, and even its jerk. Calculus can also be used for optimization, like maximizing the volume of a container or minimizing the cost of production of a product. Calculus can be used to calculate the area of a curve, or to find the volume of solids with atypical cross-sections. Calculus has two main branches that are opposite to each other. Just as addition is to subtraction, Differential Calculus is to Integral Calculus. So how did we ever get this particular domain of human knowledge? Actually, it was the work of two men, working independently on mathematical explanations and independently discovering Calculus. This is their story.

Sir Isaac Newton, born January 4, 1643 in Lincolnshire, England, was a physicist, mathematician, philosopher, and the culminating figure of the scientific revolution of the seventeenth century. He laid the foundations for modern physics in optics, created the three laws of motion that led to the law of universal gravitation, and led the English Royal Society, one of the first scientific communities in Early Modern Europe.1 Gottfried Leibniz, born July 1, 1646 in Leipzig, Germany, was a philosopher, mathematician, and political adviser. He was recognized for his contribution to Metaphysics and Logic.2 What these two men have in common is that they both discovered calculus, even though they never met each other.

During the time of its discovery, Calculus was considered an invention, a completely new branch of mathematics. However, Calculus had been in development throughout the centuries of mathematical evolution. It was just a matter of time until somebody managed to incorporate all the tools and discoveries into a single discipline with a specific notation. Great mathematicians like Archimides, Ptolemy, Diophantus, Fibonacci, Kepler, and Cavalieri make contributions to basic arithmetic, geometry, and trigonometry that were fundamental for later developments and discoveries in higher mathematics. Kepler developed the “Sum of the Radii,” which is a rude kind of integration; and he considered solids to be composed of infinitely small disks put together, which is an idea used on integration. Cavalieri’s Principle greatly contributed to the idea of Integration, as well as Descartes’ and Fermat’s work in Analytic Geometry.3

Ever since the discovery of Calculus, there has been a debate concerning who discovered it first, Newton or Leibniz. Immediately after Leibniz’s publication of Nova Methodus pro Maximis et Minimis in 1684, accusations were made that his work was influenced by earlier works of Newton’s. Newton claimed he had made the same discoveries twenty years earlier but had not yet published them, and Leibniz had copied his (Newton’s) own method, which he called the method of fluxions. In an attempt to settle the dispute, Leibniz appealed the quarrel to the English Royal Society. However, Newton was the president of this society, and appointed a committee formed of his friends to investigate the allegations. The Royal Society subsequently officially accused Leibniz of plagiarism.4 But did Leibniz actually managed to plagiarize Newtons’ work?

Newton discovered Calculus using a geometric approach, when working on his theory of fluxions. This theory consists of the fundamentals of instantaneous change, a basic component of Calculus. He then connected it to the study of infinite series of his predecessor, John Wallis, to create Calculus. But the term Calculus was introduced by Leibniz some years later, when he published his work mentioned above. As opposed to Newton, Leibniz used an analytical approach when discovering Calculus. Therefore it is unreasonable to say that Leibniz plagiarized Newton’s work. Their differences in approach suggests that their discoveries were simultaneous but independent. In addition to his development of Calculus, Leibniz created a mathematical notation to be used in this mathematical field that has become standard for the discipline.5

In sociological theory, simultaneous but independent discoveries or inventions are common. This phenomenon suggests the possibility that society is destined to make certain technological advances and discoveries, and that such innovations become inevitable as related pieces of knowledge accumulate.6 So this situation between Newton and Leibniz might be just another one of these cases, because the development in mathematics in that period of time provided the circumstances for both of these mathematicians to put together this knowledge to discover Calculus. Despite their individual success, Newton and Leibniz recognized the previous developments by many other mathematicians that allowed them to discover Calculus. Newton himself said regarding his own success “If I have seen a little further than others it is because I have stood on the shoulders of giants.”7

The discovery of Calculus was then a feat done by two brilliant mathematicians, independently and by using different approaches. Leibniz did not plagiarize Newton’s work, but supported it unknowingly.

I really enjoyed reading this article. I began to love math back in high school and it eventually made me want to major in math. It is really unfortunate to hear about Leibniz being accused of plagiarizing Newton. Because Newton had not published anything, Leibniz had thought he had discovered something new, and he did, but it just seems that all the credit to the discovery of calculus goes all the way back to Isaac Newton.

This is an article that I really enjoyed reading. I never knew that there was so much drama and tension in the backstory of creating calculus. I guess back then it was really hard to tell if they Leibniz was really telling the truth or if he planarized his actions. Even though Newton got all of the glory and praise for being the one to discover it, it still seems like Leibniz had bad timing and overall got the short end of the stick on this discovery.

I enjoyed a lot reading this article. I love maths and everything that is related to them. I can not belive what these two men did almost four hundred years ago. They had no machines or anything else to help them, just their own heads. I do not like to hear that Leibniz was accused of plagiarizing Newton´s work. I think it is better to recognize their works and be grateful for what they discovered.

Is it possible for Newton to have identified the particular part of his work that was plagiarized in Lebniz work?

You don’t create laws. You discover them.

As a math major it was so interesting to learn that these 2 persons who are the father of calculus never even met each other and how their discoveries were simultaneous but independent, Also this article defines a solid foundation of WHY it will be unreasonable to say that Leibniz plagiarized Newton’s work and also the famous lines said by Newton “If I have seen a little further than others it is because I have stood on the shoulders of giants” is the proof that many mathematicians previously have worked hard on math to help them discovering calculus.

This a great example of putting 2 great minds together to create something new. These 2 have created a math. that has helped us understand the universe and has helped us advance. Although there was some dispute between the 2 they were found to be independent people with the same views but in different ways. Whatever the case this is an amazing story and gives a great story on how 2 people can discover something around the same time.

Personally, I have never really liked the term “invented” in terms of a new branch in mathematics. It makes it sound like it was never in conception and contradicts my view that mathematics is a subject of discovery. I think it is amazing that two minds were tackling the same problem from different approaches. This can lead to more discovery when we put their work together. Both mathematicians should be credited in the foundation of calculus.

Hey Sebastian, Great article. I really enjoyed reading it. Math has always been my struggle, even more so now that I am in college, and my struggles in high school. The article is interesting in terms of the founding of it and Leibniz being accused of copying, or what we know it now, as “plagiarizing.” It just is fascinating on the level of discovery both men contributed to the evolution of science and math in very unique ways, I might add. Great job with your research and congratulations on your research!

It’s an interesting idea that some advances are destined to happen when given the right circumstances. The discoveries can be seen like dominos, one accomplishment leads to another and so on, but it never occurred to me that the same discovery could be made in completely unique ways. It is sad to read the Leibniz was accused of plagiarism, but his efforts weren’t for nothing as his notation became a standard in calculus.