Dry Bourbon Street: Prohibition, Mafias, and Its Roots in the Southern Baptist Church 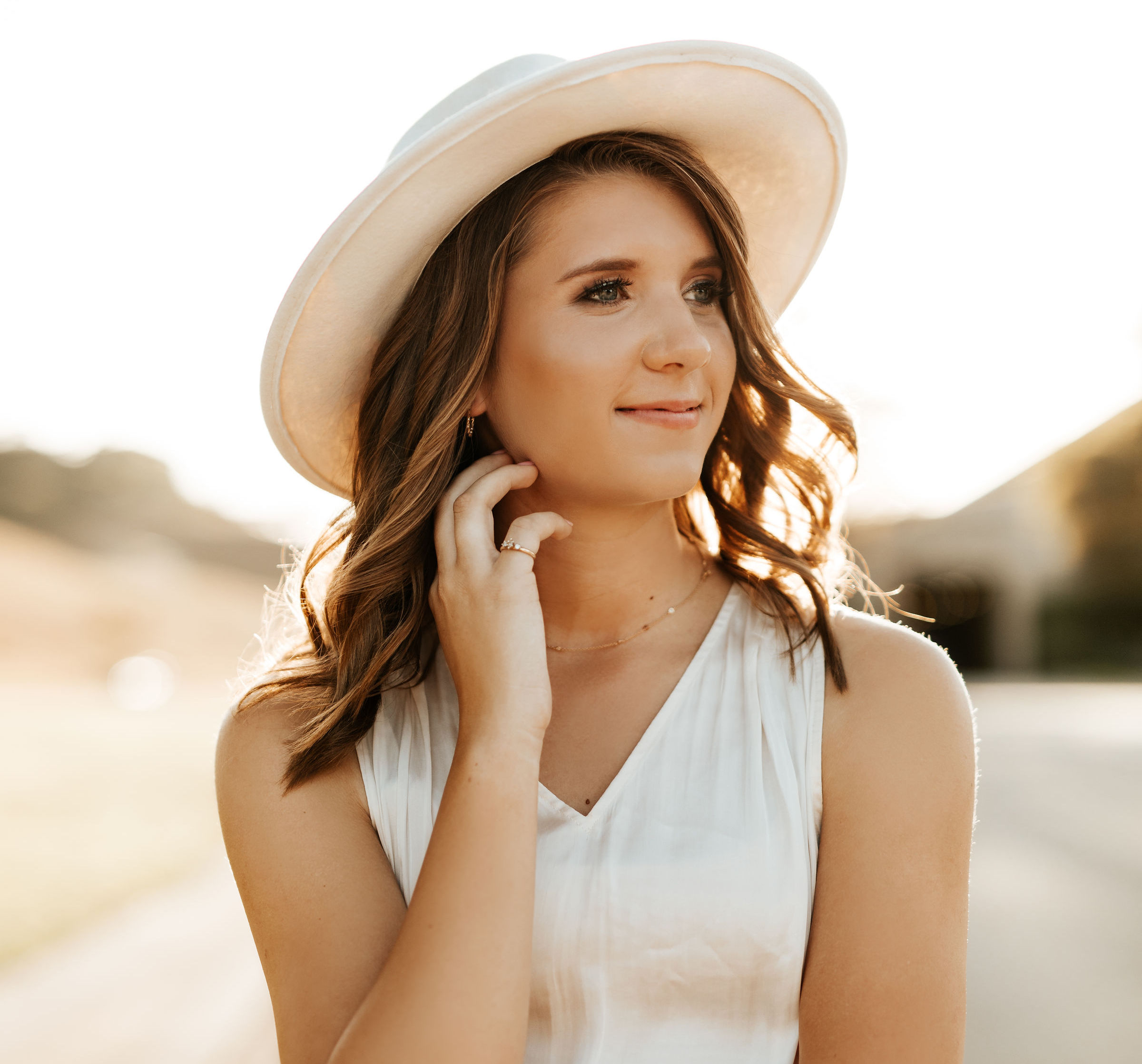 It’s hard to imagine there was ever a day in New Orleans, “the liquor capital of America,” where one couldn’t stumble along the Bourbon Street in the French Quarter with a glass of bourbon in hand, all the while avoiding at all costs not to spill an ounce of that precious, golden liquid on the historic cobblestones. Unfortunately, that day and time cursed New Orleans, the entire South, and the United States. Many called it hell. Or we commonly refer to it as Prohibition. From January of 1920 to December 1933, Prohibition was implemented under the Eighteenth Amendment. What did that mean? It entailed that the consumption, production, transportation, and sale of alcohol was considered illegal in the United States. Barrels of the sweet nectar were destroyed in the streets, the stifling drops spilled down the curb and into the hands of people that desired to cherish the few drops of their favorite liquor left until the whole south was dry. Historic breweries and distilleries like Southern Comfort, Jim Beam, and Anheuser-Busch were required to stop production on their signature classics. Those companies were prompted to focus on more “family-friendly” products, like using their long-used distilleries, factories, and breweries to make cheeses, ice cream, and package items. The dry south did not have the charm it used to. Fortunately, the local citizens and local crime leader of the New Orleans Crime Family, Silvestro Carollo, or “Silver Dollar Sam,” helped bring the Southern charm of liquor back across the South and to the rest of the United States.1

In the summer of 1896, Silvestro Carolla’s was born in a small town in Sicily. When Carolla was seven years old his family immigrated to the United States, to call New Orleans home. At the young age of twenty-two, Carolla held the nickname “Silver Dollar Sam,” and which entailed power in the New Orleans Crime Family. In 1922, Corrado Giacona fulfilled the role of the mafia’s boss after the retirement of Charles Matranga. At that time, “Silver Dollar Sam” held the title of street boss, which entailed him running the everyday operations. Carolla was famously regarded for fashioning the family into a traditional crime family. He obtained his predecessor’s bootleg operations and grew it into an empire, thus putting “Silver Dollar Sam” to push for war with their rivals. The crime family ruled the bootlegging industry during the dry era of the United States. “Silver Dollar Sam” aided in maintaining New Orleans’ nickname, “the liquor capital of America.” In December of 1930, the Louisiana bootlegging wars ended when Carolla murdered his last adversary, William Bailey. The family surrounded Bailey with their cars as he left his house. Bailey tried hopelessly to seek security back into his house. He succeeded, however, with Carolla following. Carolla entered in and shot Bailey in cold-blood in the chest.2 Since William Bailey was now dead, Carolla held the power of Louisiana’s bootlegging during the rest of Prohibition. Additionally, in 1930, Cecil Moore, a narcotics operative, accused Carolla of attempting to murder her during an undercover sale. Moore surprisingly survived. Carolla’s solid alibi put him in New York during the time of the shooting. Regardless of the statements of several New Orleans police officers, Moore framed Carolla. He served two years in jail even though Moore admitted her claim could have been incorrect. Soon following Carolla release, he went to prison again for a narcotics charge in Atlanta.3

After Carolla’s release, the power dynamic shifted. In 1944, Corrado Giacona, the family’s boss died. Frank Todaro the underboss succeeded him, yet his power was short lived and he died six months later due to throat cancer. There are allegations that Carolla poisoned Todaro’s, which caused his death to be hurried along. Carolla, or “Silver Dollar Sam,” took over as the true boss of the New Orleans Crime Family.4

Prohibition created a power vacuum that “Silver Dollar Sam” and other mobsters took advantage of. In the early 1920s, profit from the illegal production and distribution of alcohol attracted crime. Further, the people or gangsters who entered the realm of black market liquor production realized that, for their mobs to be profitable, they had to be “organized.” Organized crime units started employing lawyers, truckers, accountants, brew masters, stockers, and “leg breakers” intended to inflict pain or death upon enemies or people in debt to the mafias. Organized crime units bought previously owned breweries and hired professionals to concoct their blends. They would “rum run” their blends over seas, up rivers, and across states. Crime families employed bootleggers who operated all over the United States, especially in major cities with speakeasies, such as in Boston, St. Louis, Miami, Seattle, and San Francisco. The Purple Gang in Detroit distributed liquor on the Detroit River. Moe Dalitz’s Mayfield Road Gangs, in Ohio, shipped liquor across Lake Erie from Canada. However, the largest groups born out of Prohibition were founded in New York and Chicago. In Chicago, Al Capone’s outfit ruled over the liquor manufacturing and distribution all over the north.5

These organized crime units during Prohibition were inclusive of all ethnic backgrounds, such as, famously Italians, Irish, and Jews. Generally these different gangs with various ethnic backgrounds were rivals. Gang wars using bombings, shootings, killings, torture, and destruction, occurred frequently during the 1920s and 1930s. In New York, there were more than 1,000 people killed due to conflicts with the crime families. Both of those port cities had heavy populations of oppressed immigrants from Italy, Ireland, Poland, and other parts of Europe. A considerable amount of the mob bosses were part of first generation born United States citizens in the 1890s and early 1900s. The infamous Italian-American “Five Families” of New York, whose grasp surpassed the north, included Gambino, Genovese, Lucchese, Bonnano, and Colombo families. Mafias gain most of their wealth and status during the dry spell.6

The crime families usually had conflicts even across the nation. An example of such conflicts is the story of Al Capone and “Silver Dollar Sam.”  Al Capone ordered the New Orleans Crime Family, led by “Silver Dollar Sam” or Carollo, to cease to asending batches of liquor to his rival, Joe Aiello in Chicago. Al Capone demanded that Carollo send his liquor shipments to him instead. When Capone arrived at the New Orleans train station to pursue this matter further, Capone and his bodyguards were greeted poorly. The story is told that Carollo greeted the Chicago gangsters by saying in his slight Italian accent, “You came a long way for nothing.” Further, “Silver Dollar Sam” ordered his men to take away the weapons of Al Capone and his bodyguards and to break their fingers. This sent the Chicago unit on the first train back home. Many mafia researchers deem this story to be a “fairy tale.” Yet neither “Silver Dollar Sam” nor Capone dismissed the legitimacy of this story. New Orleans enjoys the fact that their own mobster escaped Al Capone’s grasp.7

Further, the Southern Baptist Church consumption of intoxicating liquors as a beverage are against the highest interests of society, government, and the advancement of the holy religion.9 The Church believed that all means necessary should be enacted to eliminate the use of alcohol. But longstanding Baptist practice before the 1880s was to hold that the choice to drink or not to drink was a matter of conscience. Over the years, Southern Baptists cloaked their legalism by labeling it as Biblical laws. 10 However, their demand on abstinence is a direct contradiction to the individual liberty that Baptists have always declared, thus instating extra-biblical rules, which violates individual conscience.11

Earlier versions of the temperance movement have occurred in prior eras of history. The Greek philosopher Pathagoras in 600 B.C.E. stated, “drunkenness is an expression identical with ruin.” Centuries later, Muhammed, the founder of the Islamic religion, claimed that, “there is a devil in every berry of the grape.” In fact, Islam has an entire prohibition of alcohol, declaring drinking it to be a sin. In 1380, the English writer Chaucer comically wrote that, “character and shame depart when wine comes in.” Obviously, for eras, humankind have known of the downfalls of alcohol. 12

Early formations of the temperance movement always secured resistance. Actually, alcohol was a day-to-day part of life. In colonial America, the Puritans expected Christians to drink.13 Surprisingly, early Baptist ministers created and sold the formula of bourbon whiskey. Parishioners owned and tithed on their alcohol. So even, within the Southern Baptist early culture, drinking was a way of life.14

The Temperance movement incited by Southern Baptists did not stop the consumption of alcohol, yet created a power vacuum for organized crime. “Silver Dollar Sam” and the family gained extreme power and control through the Prohibition that lasted for decades to come. After being released from prison in 1934, Carollo negotiated huge deals with New York mafia leaders such as Frank Costello and Phil Kastel, accompanied by Louisiana senator Huey Long. The nature of this deal was to locate Costello’s slot machines in Louisiana casinos. Carollo and Costello would then get a cut of the profits of the casinos, which was largely supported by alcohol sales. Carollo obtained political protection from Long for all his Louisiana dealings, legal and illegal. From that time on, “Silver Dollar Sam” and the New Orleans Crime family had political, economic, and familial control all over Louisiana. The rise of power of the New Orleans Crime family was closely related to the control they gained during Prohibition with the manufacturing and distribution of alcohol in the “liquor capital of America.”15

I was born in a small town in Louisiana and raised in Boerne, Texas since I was three years old. I am an International and Global Studies Major and plan on attending St. Mary's Law School to fulfill my lifelong dream of becoming an attorney. I love spending time with family and friends and finding new outdoor adventures.
Author Portfolio Page