The Ethical Borders of Gene Editing of Human Embryos 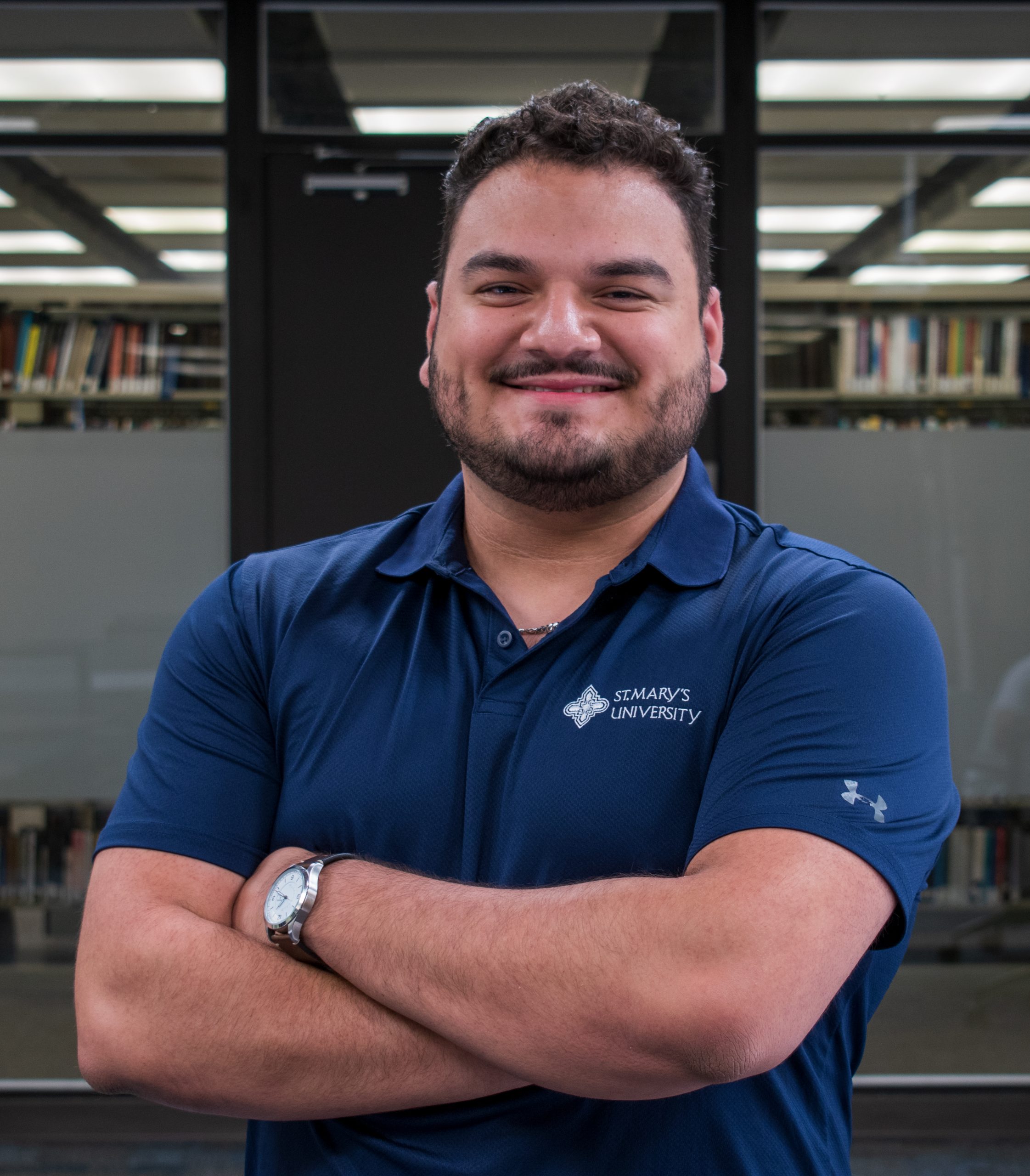 With the growing use of gene editing and gene therapies in research labs as a means of treating genetic diseases across the world, a relevant discussion must be held. Having gene editing methods for diseases very clearly opens the door for editing the genome for other things, such as changing the hair pattern of a child or accentuating their height for sports later in their life. Thus, an ethical question arises: where is the boundary in editing the genome in our children, and is it necessary?  Many sources point to the significance of creating children who are immune to many diseases, while others state the human genome is the one genome that should not be trifled with. As adults, we make several lifestyle decisions for our children – what makes choosing their hair color or nose shape any different? At what point is gene editing no longer about the betterment of society, but is instead a symbol of wealth? There must be an ethical boundary when it comes to editing the genome of humans, but where and why?

The Ethical Borders of Gene Editing of Human Embryos

In the last few decades, biomedical advances have expanded exponentially due to the discovery of the CRISPR-Cas9 system, short for clustered regularly interspaced short palindromic repeats and the CRISPR-associated protein 9. This biological machinery has been shown to have the ability to accurately target and replace a sequence in a genome. This discovery was very quickly found to have immense benefits for genetic diseases in the scientific community. However, there also exists the possibility of a grim reality because of the tyrannical potential gene editing has [1]. Meetings within the international scientific community are held annually in order to revisit the ethics behind human germline gene editing. Compared to other questionable consumables available for the public, and with so much good that has come from the discovery of CRISPR-Cas9 and other gene editing technologies, what makes genome editing of inheritable DNA such an unethical practice?

The founding of gene editing technologies birthed the use of gene editing as treatments for many genetic mutation diseases. Mutation eradication opens the door to the next step of human evolution, steering away from genetic diseases, physical and mental. One of the most recent treatment discoveries involved a CRISPR treatment to delete a mutation in the CEP290 gene, which is responsible for causing a condition known as Leber’s congenital amaurosis 10 (LCA10). The goal of this treatment was to cure the blindness caused by LCA10. Gene editing is currently being used to treat genetic mutations characterized as loss-of-function mutations to restore the gene’s original function. Introducing CRISPR-Cas9 directly into the photoreceptor cells of the eye has been shown to improve vision in people with LCA10[2]. This instance of genome editing in clinical trials opens the door to the endless treatment possibilities for genetic diseases in humans, and not just cells in a dish.

The capacity for genome editing in human embryos includes the prevention of genetic diseases before birth. Many genetic defects develop in the womb and cannot be treated at the genetic level after birth. However, CRISPR is capable of correcting the loss-of-function mutation of deletion to restore any disability or disease. An example of a preventative case was that of a child who inherited a genetic disorder. This genetic disorder caused the child’s body to be “wracked with seizures” during his short life [3]. Using gene therapies in the embryonic stage may have had the chance at saving his life. With biotechnology such as the CRISPR/Cas9 system being as accessible as it is, correcting a genetic disorder should be the main topic of conversation.

Previous research experimented with bacteria that were genetically modified with the human insulin gene in order to produce human insulin [4]. This use of gene editing is beneficial, as it maximizes access to insulin, not being limited to pig insulin. The wonder of genome editing is that it can be the new treatment for genetic disorders such as diabetes mellitus type 1. Although there is not an established method for treating humans with CRISPR to restore insulin production in the pancreas, the capacity for a future developed around no genetic disorders is at the forefront of biotechnology. Treating human embryos to eradicate mutations should become common practice, as the quality of life of several children and families would be exponentially improved. Thus, why isn’t genome editing for human embryos commonplace?

Where the Ethical Boundary Comes into Play

The National Institute of Health (NIH) released a statement in 2015 establishing their stance against funding of any genome editing in human embryos [5].  Why is it that this governmental health regulation agency is against gene editing in the human germline when there are so many benefits? When thinking about the issues that may be related to gene editing, it’s easy to think about the potential classism gene editing may encourage. It’s also important to point out the potential long-term effects that have yet to be discovered. These arguments can be compared to the way many products on the market are currently being consumed by the public.

One large concern with choosing different genes to alter in human embryos (consequently changing our germline) is the potential formation of a classist society. An issue with the altering of genes of future generations is the potential of creating a divisive society into genetic factions [6]. This concern was brought up by Executive Director of the Center for Genetics and Society, Marcy Darnovsky, when asked about their opinion on CRISPR regulation. This is a classic argument against gene editing that is seen in other parts of society. Introducing different gene alterations that lead to genetic enhancements, such as increased muscle development or height, has the ability to divide the people further. The problem with access to new technology with the capability of altering the course of human evolution is one of “arrogance, hubris, and unintended consequences,” argues Nathaniel Comfort, Institute of the History of Medicine, Johns Hopkins University. The issue with access instinctively leads to society designating some traits to be considered disorders, creating conflict. An example today is the issue with deafness, where hearing people see it as a disorder regardless of the ever-growing culture surrounding the deaf community [7].

A (now stigmatized) geneticist from China unveiled to the world a gene-editing project their lab had been working on for years. Jiankui He genetically altered and implanted the embryos of two girls, altering the C-C chemokine receptor type 5 (CCR5) [8]. After the presentation, He was condemned and scrutinized by the scientific community for his misconduct and rationale. The goal of He’s experiment was to birth these babies with immunity to HIV infection. The father of Lulu and Nana, the two genetically altered girls, was HIV-positive. He wanted to prevent HIV transmission to the fetuses. The issue with this rationale was that there is already a method for reducing HIV transmission from parent to offspring with a very high success rate. The treatment is known as Assisted Reproductive Technology (ART) as cited in Zafer et al., 2016. China’s HIV transmission is very low [9], as a result of this ART treatment and because of a lifestyle that avoids HIV-risk; these two practices are considered more than sufficient to not contract HIV [10]. Thus, the “unnecessary” genome altering by He was heavily criticized.

He’s methods of measuring the effects of CCR5 knockout in mice were subpar, as they did not span past tissue sampling. The minimum for such a genome altering method would require exploring the behavioristic effects of CCR5 knockout as well as evaluating CCR5 knockout in larger sample sizes. He used microinjection into monkey zygotes to determine mosaicism. Given that He’s research was under the table, the research and data was not properly vetted and clearly displayed issues with mosaicism at the monkey embryo stage of the experiments. Following the genome altering and implantation of the two female human embryos, He collected several DNA samples and continued to sequence the genome of the two baby girls after birth. While there is evidence of CCR5 mutant deletion, the actual science cannot be concluded as it has not been under the proper vetting of the scientific community [11]

From the germline editing research presented by He, it can be concluded that his research conduct was the main issue in this groundwork. If the data had been properly made available and published, the science would have been better explored and understood by He’s team, and if the methods for such a treatment had clear regulations, this milestone in gene editing research would have been seen as one towards the future, not one that forces the scientific community to stray away from genome editing. The actions of He and his team have made one thing abundantly clear: there must be an acceptable and ethical germline clinical protocol in place [12].

At a meeting between scientists from across the world and across disciplinary areas of study, all agreed that gene editing in non-reproductive cells are allowable, but the efforts of genome editing in humans should not be carried on throughout generations [13]. This was the hard line in 2015, but with each passing year, the ethical boundary of science is pushed further, revealing new ideas to be explored. Most recent gene editing research involves treatments for HIV and leukemia in clinical trials in the United States. The future use of genome editing has only barely been probed.

With the many instances of gene editing being used for genetic diseases and/or to create medicines, each growing day presents us with new ethical issues in the biomedical field. In the present, unethical practices, such as altering the genome of an embryo, may be unrealistic, but perhaps one day, with advancements in our understanding of science, it will become a very true reality. Science today is not the science of the past, which will stand true, even decades or centuries from now. Finding the boundary between gene editing for good versus leisure is a constant battle that will stand the test of time. Most people agree that gene editing should be used preventatively, and not for genome enhancements. Today, we use CRISPR-Cas9 to cure blindness; tomorrow, we will use it to become immune to the next deadly virus and transition to the next step of human evolution.

Durlin U. Valle is currently receiving his Bachelor of Science in Biochemistry at St. Mary’s University, San Antonio, TX. There are no known conflicts of interest to disclose.
Author Portfolio Page