The Upanishads: Foundations for Hinduism 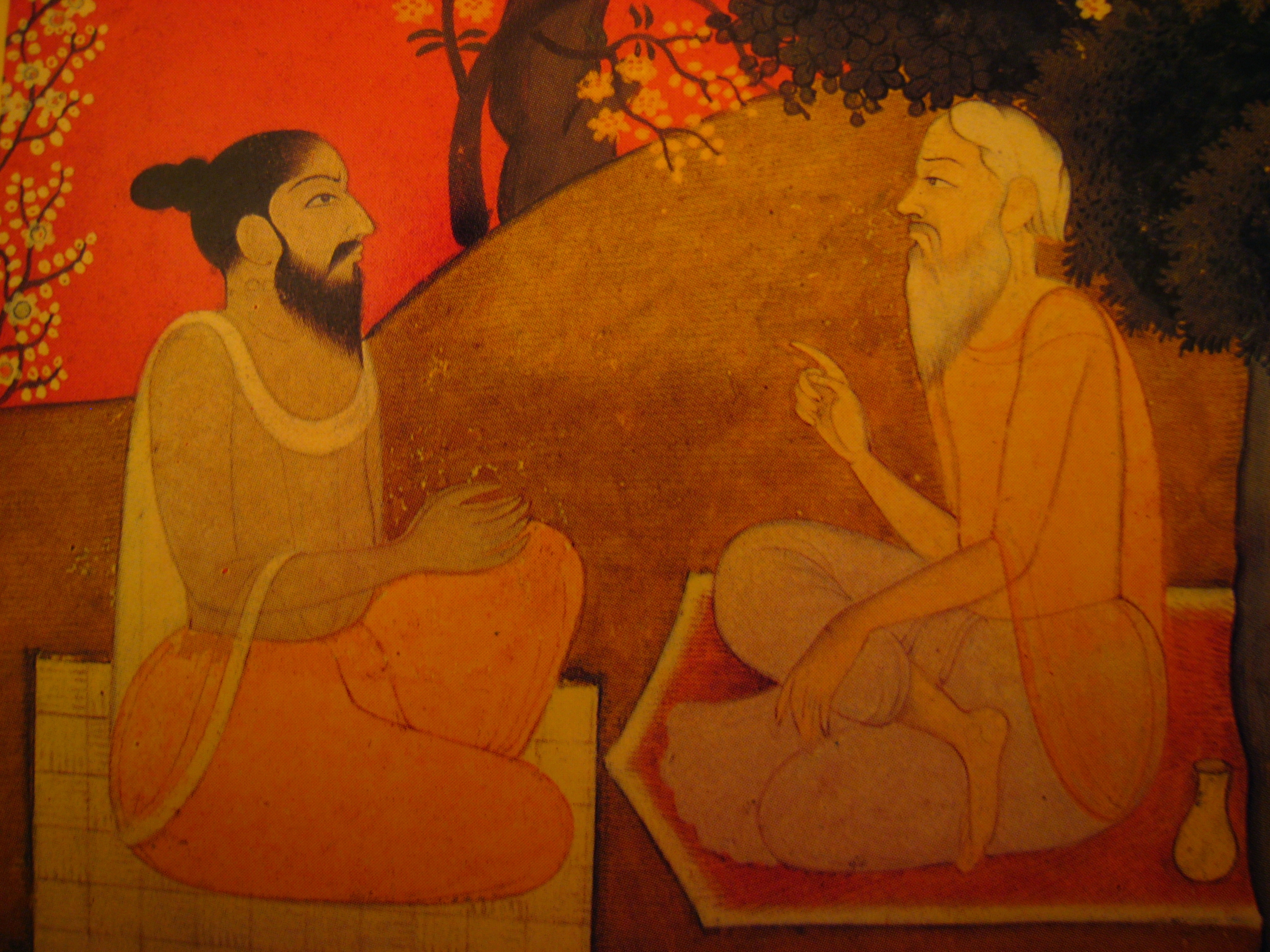 The earliest form of Hindu tradition occurred during the Vedic period in Indian history.1 The Upanishads, works of philosophical thought, were a major contribution to the development of Hinduism, taking place long after the Aryan migrations to the Indus and Ganges River valleys and their subsequent interaction with the Dravidian inhabitants. Although Hinduism has no established founder, it is one of the first forms of religious practice, dating back to at least 1500 B.C.E., making it one of the world’s most important and oldest world religions.

The word Hindu is derived from shindhu, the ancient name for the Indus River, where the Aryans are supposed to have first established themselves. Therefore, the name Hinduism could have been influenced by the geographic location of the Aryans, the first to practice Hindu philosophical thought. Early Indo-European migrations, starting around 1500 B.C.E., led the Aryans to enter India and settle in the Punjab region of the Indus River Valley. There they met Dravidians, an already established people, descendants of the earlier Harappan civilization. Although the Aryans were in constant conflict with the Dravidians, and among themselves as well, the Aryans learned agricultural techniques and possibly belief systems from the Dravidians. Eventually, these two groups merged into one culture, combining ideas from the Dravidians with ritual practices from the four Vedas of the Aryans, forming the foundations of Hinduism.

During the Vedic Age, from roughly 1500 to 500 B.C.E., Aryan beliefs were contained in the four Vedas, the oldest of which was the Rig Veda, which mentions their chief deity Indra. He was a violent god, leader of battles and the god of war. Aryan beliefs included sacrifices to other gods too, such as the gods of sun, sky, moon, fire, health, and disease. The purpose of their sacrifices was to ensure victory in wars and military success. Ethics remained a minor aspect of religious practice during the Vedic Age and in the Aryan religion. The beginnings of Hinduism occurred with a popular dissatisfaction with the practice of sacrifices. Individuals sought after a more intimate and meaningful relationship with their gods.2

Along the Ganges river valley, around 800 B.C.E., many individuals began to contemplate the deeper spiritual understanding of the Vedas. Many of these thinkers attracted disciples, and while studying the practices established by the orally transmitted works and characteristics of the Vedas, the teachings of these individuals became the collected writings known as the Upanishads.

Wisdom and knowledge was achieved with the Upanishads in the years between 800-400 B.C.E. Throughout these works, the principle of Brahman, the universal and eternal soul, is explained.  In an excerpt from the Katha Upanishad, Brahman is shown to be the Creator:

The all-knowing Self was never born, Nor will it die. Beyond cause and effect, This Self is eternal and immutable. When the body dies, the Self does not die.” —Katha Upanishad

Dravidians had believed in a form of reincarnation, which became one of the main concepts within Hinduism. It is the belief that souls of individuals, or one’s Atman, is actually of the same substance as the universal soul, Brahman. The idea of Atman can be see in the following excerpt from the Katha Upanishad:

There are two selves, the separate ego and the indivisible Atman. When One rises above I and me and mine, the Atman is revealed as one’s real Self. —Katha Upanishad

The Atman seeks to reunite with Brahman, but is hindered from merging with Brahman through ignorance, requiring multiple cycles of reincarnation, or samsara, in order to come to the understanding that one’s Atman is eternal with the Self or Brahman. This learning process is based on the practice of karma, which is rewarded by practices of good deeds, self-control, honesty, and charity while avoiding greed and envy. The ultimate goal was moksha, which was the final release from the cycle of samsara with the merging of one’s Atman with Brahman. The following excerpt in the Kena Upanishad shows the possible merge of the individual soul with Brahman:

Moksha, the dreamless sleep that came with permanent liberation of human pain and suffering, was thought to be achieved through meditation and asceticism. This is the practice of living a simple life and denying all worldly pleasures.3

Today, Hinduism is the world’s third largest religion after Christianity and Islam.4 The Indian efforts to achieve understanding of the world through nature and philosophical thought served as a bridge to the development of Hinduism from the Vedic Age. The Upanishads, through the concepts of Brahman, Atman, samsara, karma and moksha, allowed for a new beginning in society’s understanding of the spiritual world.