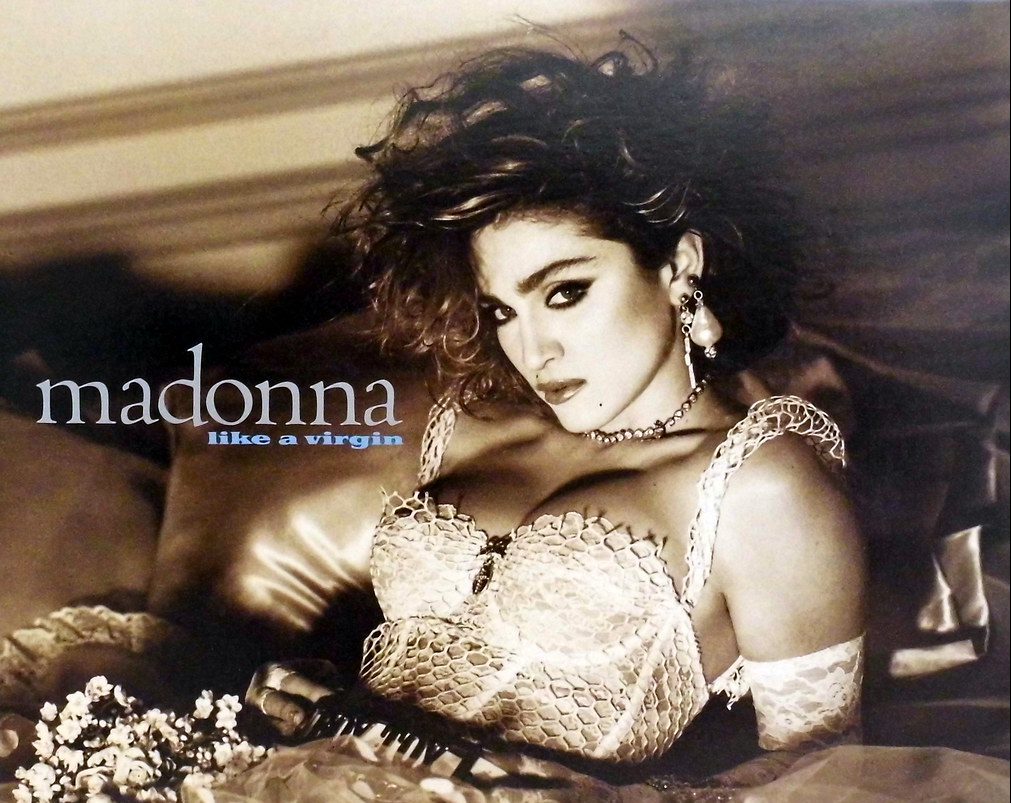 Madonna Louis Ciccone, known as the “Queen of Pop,” has gained recognition as the best-selling female recording artist of all time by the Guinness World Records. Madonna is known for pushing the boundaries of songwriting in mainstream admired music and for the imagery she portrays onstage and in music videos. She has repeatedly reinvented her music and image while upholding autonomy within the recording business. Although having ignited controversy, her works have been celebrated by music critics. Madonna is often named as an inspiration by other artists.

During Madonna’s undergraduate years at the University of Michigan, she was awarded a six-week scholarship to study with the Alvin Ailey American Dance theater in New York City, followed by a rare opportunity to perform alongside choreographer Pearl Lang. With the influence of her dance instructor, Madonna decided to drop out of college after completing only two years of college, and move to New York City to further her dance career. Once in the Big Apple, Madonna paid her expenses with numerous odd jobs, which included serving at the Russian Tea Room, nude art modeling, and performing at the American Dance Center.1

In 1979, Madonna started dating one of the founding members of the pop-punk band The Breakfast Club, Dan Gilroy. It was through her relationship with Gilroy that Madonna found what she loved to do, which was the combination of singing and performing. She later joined Gilroy’s band as a drummer, and then became the lead singer. Over the next several years, Madonna started several small bands, including Madonna & the Sky, The Millionaires, and Emmy. In 1981, Madonna decided to go solo and hired her manager Camille Barbone.2

It was Madonna’s manager that initially helped Madonna score her first solo. Camille helped Madonna put together a studio band that allowed Madonna to come up with her hip style. Stephan Bray, a friend and musician in her band, wrote her first hit song, “Everybody.” Madonna used her talent to get New York music producer Mark Kamins to produce it. Through Kamins, Madonna was able to score a record deal with Sire Records, which led to “Everybody” hitting number 1 on the dance charts in 1982.

Using the song’s success as leverage, Madonna was able to convince Sire Records to produce her whole album Madonna. This first album had a slow but steady success. Soon girls all across the world started imitating Madonna’s style, which indulged fishnets, fingerless gloves, lace lingerie, and large crucifix necklaces. The album’s success also landed her an appearance on Dick Clark’s show where she shared her main ambition: to rule the world.

Madonna’s determination led to a second album, which included one of her most controversial songs, “Like a Virgin,” which sparked much criticism, but it also made a lot of people notice Madonna. The song “Like a Virgin” was not originally written for Madonna, or any female singer for that matter. The song was inspired by Billy Steinberg’s own personal experiences. Through the process of creating the song, Billy took the song to Tom Kelly, his writing partner, where they decided that this song was a sensitive ballad and they weren’t quite sure what kind of artist this song was suitable for. It wasn’t until Kelly’s meeting with Michael Ostin from Warner Brothers the following day that they decided that this song was the perfect fit for Madonna.3

When they initially played the song for Madonna, she absolutely loved it. She felt that this was a perfect fit for her. “I liked them both because they were ironic and provocative at the same time, but also unlike me. I am not a materialistic person, and I certainly wasn’t a virgin, and, by the way, how can you be like a virgin? I liked the play on words, I thought they were clever. They’re so geeky, they’re cool,” Madonna responded when they asked her opinion on both the songs “Material Girl” and “Like a Virgin.”4

Madonna performed “Like a Virgin” at the first MTV music award in 1984. This moment was thought of as one of the “first major reinventions” where Madonna went from a punk brunette to a blonde standing on top of a wedding cake. In Madonna’s MTV performance, she appeared on top of a wedding cake, wearing a wedding gown, a “boy toy” belt buckle and a veil. However, this was not what caused controversy. It was Madonna’s rolling, humping, underwear-showing performance that really sparked controversy. Madonna’s performance started with the lines “Like a virgin touched for the very first time.” Everyone in the crowd watched her pale, mouth opened expressions, including her manager.

Everyone’s immediate reaction after Madonna’s performance was that her career was over and so was MTV’s. People came up to Madonna’s publicist telling her how her career was essentially over. Even her own manager believed this. However, this performance had quite the opposite effect. It essentially cemented her status as a provocateur.5 Later, when Madonna was asked her initial response to her “career being over,” she said that she didn’t feel like she had lost anything because to her she didn’t have a career yet, so it didn’t matter.

It was performances like this that have essentially made Madonna who she is today, an icon. Madonna is known to steal the show wherever she goes. She is known for being fearless and breaking boundaries. Madonna is provocative and sexy and that is what she will always be. Throughout her career, she has caused great controversy with her actions, but isn’t that why we know and love her?

This article was so interesting to read! I like a few of Madonna’s songs but aside form that I didn’t know much about her. It is known that her style was seen as odd when she first started, but it is amazing to think that she sort of paved the way to a more modern like style. She really was a fearless woman and she didn’t hesitate to take any risks. Overall she is an amazing pop icon.

This article was very surprising to me because I never knew about Madonna’s early career. I learned that she was in multiple music groups before becoming the solo artist she is today. While growing up, I was always taught that “Like a Virgin” was Madonna’s song which is what caused all the backlash. This article taught me that she actually didn’t write that song. Madonna’s career never ended due to her provocative performances but ended up rocketing.

I have always known Madonna was very controversial due to her risqué performances. However I did not know that one of these controversial performances is what actually saved her career. She has become an icon for this and built her career on top of it. She is now known for breaking the limits and that is what makes her exciting to watch. It ended up being that her provocativeness is what the people have grown to know and love about her.

I’ve grown up hearing about Madonna and knowing how she is known for her controversial acts. I never knew about her early career and all I really knew is that her song everyone knew was ” Like a Virgin.” I never knew she even wrote her own music but some of her top songs weren’t even written for her. Reading this article made me feel like now i know a little more about Madonna than I did before

This article is was actually surprising, I never knew Madonna did not write her own music. I also did not know she started from bands. This article was very informative on Madonna and her early life. It is very interesting to learn things about famous people. I also believe that she is an icon and she is a showstopper.

Madonna is a very interesting women who upholds a very provocative and sometimes controversial image. It was a surprise that her music was not written by her or for her. She is an icon because she was willing ti take a risk that not many artist are willing to make to help themselves out. She still does some questionable things to this day but that makes Madonna, Madonna. Very detailed article!

I really like Madonna as a person and as a celebrity. This article was very informative, I was unaware that she didn’t write her own music. I think it takes a lot of concentration to really understand the meaning behind her music. I learned that she dropped out of college to get more into her dancing and singing career. I always wonder if she regrets dropping out but I would think not since she is very successful. Something I picked up from this was basically to follow your dreams/heart and you have a great chance of being successful. Well done!

Hi Andrea, I loved how you captured the beginning of Madonna’s career. Madonna made herself into a huge pop culture icon, and it is evident in the risks she took. I think it is significant that you told this beginning story because not everyone is familiar with how she started, especially with the “Like a Virgin” song. I did not realize the song had such an impact on critiques, but it makes sense as music performances were not as sexualized. I think we can also look at how Madonna influenced a lot of current music and musical performances.

I have heard Madonna’s song “Like a Virgin” millions of times before; but, I had no idea that the song was not written by her. I really enjoyed reading this article, and I found it very interesting. To be honest, I have heard a few songs of Madonna, I do not know much about her life; however, this article showed me a new side of her life and what was going on behind each song. It was impressive how she went from dropping out of college to being a music Icon by expressing herself without worrying what other people think of her and just singing her music.

I’ve heard Madonna’s song “Like a Virgin” countless times, but I was unaware that she did not write the song. This essay was quite intriguing, and I truly liked reading it. Since I only know a couple of Madonna’s songs and little else about her life, this article opened my eyes to a new aspect of who she was and the stories behind her songs. It was astonishing how she expressed herself without caring what other people thought of her and just sang her music, going from dropping out of college to being a music icon.