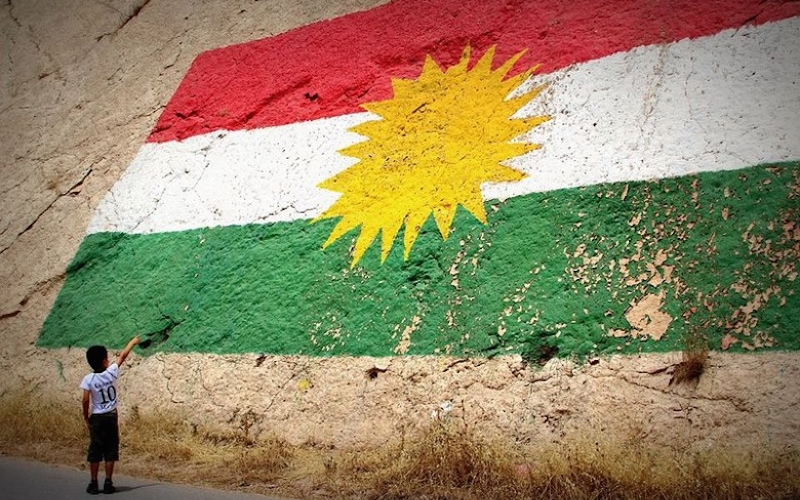 Kurdish people have a shared history and culture that spans millennia. They have been conquered and pulled into numerous empires over their three thousand year history. Ancient Persians conquered them first, followed by Alexander the Great, then Muslim Arabs in the seventh century, the Turks in the 1000s, the Mongols in the 1200s, and the Persians again during the Middle Ages. The last empire to conquer the Kurds was the Ottoman Empire who held control over the Kurds until World War One when the Ottoman Empire was dismantled 1

Following the end of World War One in 1918, Britain was deeply embroiled in the disputes among Mesopotamian nations making decisions on how to govern the new nations, specifically the Kurds. Between the years 1918 and 1920, Kurdish nationalist movements were rising and gaining momentum, their main goal: an independent state. Britain attempted to create a Kurdistan state using pieces of land from modern day Iraqi Kurdistan, but all attempts failed 2 The Treaty of Sèvres in 1920 dismantled the Ottoman Empire and started establishing boarders for all the nations that were previously under Ottoman control 3 Despite efforts made, there was no final decision for the Kurds in this Treaty, only arrangements made for the possibility of a future Kurdistan nation-state.

The Cairo Conference in 1921, again, reiterated the point that the Kurdish nation had a right to self-determination or to have a state. These territories include “east of the Euphrates, south of the southern boundary of Armenia… north of the frontier of Turkey with Syria and Mesopotamia” as set forth in the Treaty of Sèvres 4  The Conference had multiple committees, including one led by Churchill, who, following Wilson’s fourteen points that stated that Kurdish and other non-Turkish nations were previously a part of the Ottoman Empire, recommended giving land and the opportunity to become autonomous states 5 Autonomous did not mean that the states would necessarily become individual independent states, but rather that they would be allowed to govern themselves within larger political units. This committee discussed the future of the Mesopotamian plains and Britain’s future relationship with those groups. The Conference eventually decided not to force Kurdistan to join the Iraqi state. More importantly, the Cairo Conference decided to that Kursistan would remain as it was until the Kurds and their representatives could determine their own future 6

So, despite promises made by Western allies, Kurdistan remained one of the largest nations without a state. A nation that spread across multiple countries, including Syria, Turkey, Iraq, Iran, Armenia. Today, there are between 25 million and 35 million Kurds across the five countries and another 2 million Kurds spread across Europe. They are the fourth largest ethnic group in the Middle East 10 Kurds continue to be target of much repression, oppression, and even persecution in Turkey, Iraq, & Syria. In the span of three years, they went from deserving autonomy in Sèvres to full omission from the final agreement made in Lausanne.

Indeed. The Treaty of Lausanne makes no mention of the Kurdish people even though it was the Treaty that created the Republic of Turkey. It’s strange that the Kurdish people still do not have a state even though they are a US back group currently fighting ISIS and helped fight back against Saddam Hussein. It would only make sense that the US would help, but there has been no clear movement on that. Though, getting a Kurdish territory in Northern Iraq is a step forward.

I have heard of the issues Kurds faced, but this article so eloquently breaks it down in a way that’s much easier to understand. It is unfortunate that they continued to face oppression for so long, but uplifting that something was done to better the conditions. Their independence was long overdue, and I am glad that they were finally able to be at peace.

The fact that Kurdistan was one of the largest nations without a state is hard to imagine, given how many people it’s made up of. The oppression that the Kurds received is very unfortunate and I believe that Hussein certainly had a lot to do with that. I found this article informative, because I had no idea of the difficult history the Kurds have gone through.

I like the fact that this article sheds some light on a subject that most people, including myself, do not know about. Everyone is always focused on what the big, developed countries are doing and how those things impact the rest of the world, but I think this kind of oppression needs to be talked about, and this article does that. Also, I find it interesting that powerful countries in the West were fighting for the development of a Kurdish state because it shows that the powerful countries do care about their smaller, less powerful allies.

It’s a shame that political boundaries are what separate cultures and ethnic groups, but I suppose that’s one of the evils that come with civilization. Before this article, I knew very little of the Kurds, enough to be a part of a conversation, but not nearly enough to join one. I only hope that Kurds find stability in the modern world.

This was a very interesting article. Before reading it, I had no idea of who the Kurds are and I am not the only one. It is sad to read that even after all this time, they had to face so much hardship. The way that the article was presented made it extremely interesting to read and kept me hooked on the article.

Kurdistan is unique in its ability to completely vanish from the public eye. The nation may not now exist, but the people who used to live in it are still very much alive. Kurdistan’s story is mirrored with ours in its speedy independence. I still recall the tremendous amount of oppression they went through before their subsequent annexation, and the treaty of Lausanne was a good reminder just how quickly things can change. One day you’re a sovereign nation, and the next, you are nothing more than a forgotten idea. Of course, you can always just do what the Confederates did and never officially surrender.

Though the Kurdish people have struggled to establish a set state in any one place, the impact of the Kurds as a people is seen throughout the middle east. Though not the most oppressed people in the middle east they have definitely had a lot against them including in the not so distant past, the reign of Saddam Hussein and the oppression that he brought against many groups of people. Some disagreement I have is that we cannot blame the Western allies as the reason for Kurdistan remaining one of the largest nations without a state. The Kurd people are spread across multiple countries, including Syria, Turkey, Iraq, Iran, Armenia and more spread across Europe. I believe one reason they have remained a people without a state is the oppression of being right in the area of the Muslim power nations of Iraq, Syria and Turkey. The Jewish people have dealt with the same for many centuries but with the help of the western allies have established what is rightfully theirs with continued resistance.

Despite my philosophy that not every single people group in the entire world deserves to have their own state, in my opinion, the Kurds are different. As you stated in this article, they have fallen under empire after empire, faced oppressive regimes, and been tossed around between mandates and treaties like they are nothing. You presented their situation in an impassionate manner, and it has opened my eyes to the plight of the Kurds.

I agree with Roman’s comment about Kurdistan not having a state because they are within multiple countries and it is highly unlikely that they will give up land to the Kurds. Due to the geography, Kurds live in oppressions and are subject to violence across multiple borders like what happened in Syria and after the U.S. military left the Turkish border.