From False Jobs to False Hope: The Evolution of Nigerian Pimps 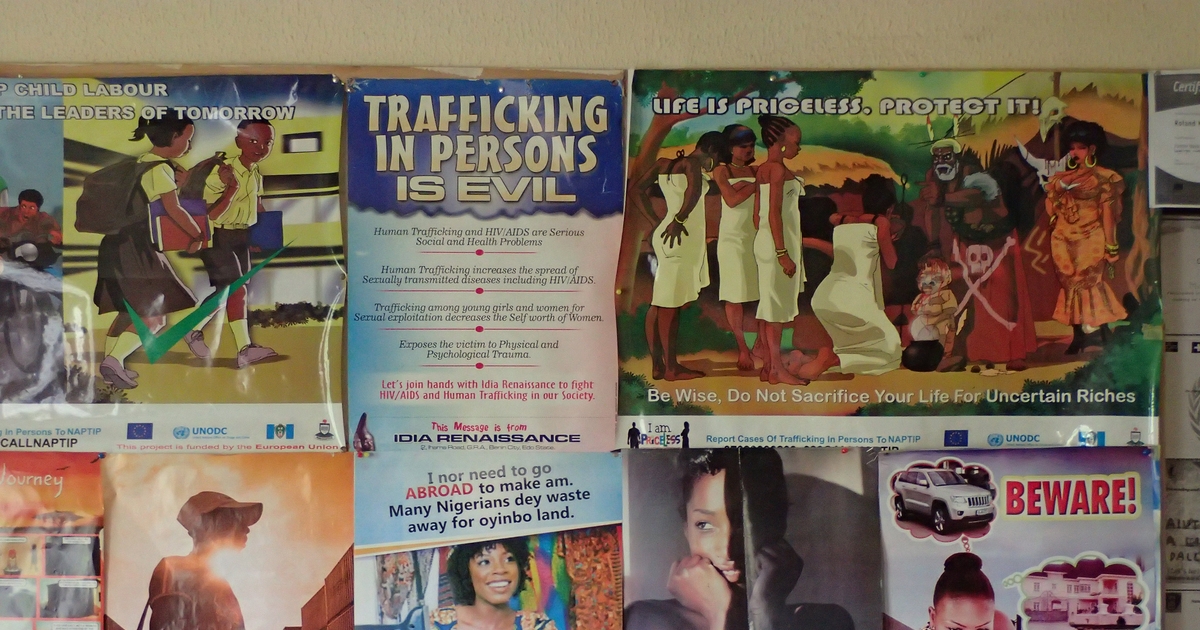 Traditionally, when one imagines how someone ends up in slavery of any kind, one sees images of people being forcibly taken from their homes and sent to a foreign country, with absolutely no say in the matter. While this is usually the case in sexual slavery and for other kinds of bondage, it is no longer the case for women from  Edo State in Nigeria, that provides  80% of women trafficked into Europe.1 Instead, there is a new phenomenon where women seek out passage to Europe through Madams, knowingly entering into prostitution. This was not always been the case, but extreme poverty, where some even lack running water, this practice has begun flourishing.2

Previously, recruiters lure women with tales of jobs in Europe, working for wealthy families, being hairdressers or nannies, only to find out the harsh reality of forced sex work once they arrived. Eventually, returning with embellished stories of wealth to tempt and recruit women themselves, completing the vicious cycle from victim to perpetrator. Some of the Madams even live in lavish houses, behind gates, as a testament of just what can be earned in European sex work. This show of wealth, in a desperate state, slowly began to transform just how women were recruited into the sex trafficking world.3

More recently, traffickers are being sought out by their victims in hope for a better life for themselves and their families.4 Little do they know of the harsh conditions and abuse they will endure before they can ever return home. After discussion of the “terms” of the work, the women sign legally binding contracts that say they will pay back rent, travel expenses, food, and other miscellaneous expenses, sometimes in a matter of months, sometimes in many years. These expenses total anywhere from 30,000 to 60,000 US dollars, on average. Usually, the women charge 5 to 10 US dollars per client, requiring them to work from sunup to sundown, and sometimes longer.5

Aside from relying on the signed contracts, Madams and pimps use the threat of violence against families, and religion, to keep the women from leaving.6 Using black magic referred to as JuJu, priests perform complex rituals that include eating raw chicken hearts, harm to oneself, drinking cocktails of their own fingernails, hair, and blood, as well as other methods, to bind the women with their traffickers. After completion of the rituals, they are made to feel that death, insanity, or harm will come to their families if they are to break their oath of repayment. A priest, who has benefited greatly from Madams and the pimps he has helped, stated in an interview that the purpose of these rituals are that “she never sleeps well or has peace of mind until she pays what she owes.”7

Furthermore, religion and belief in the negative effects that stem from the severance of the oaths have even led parents to become more complacent and insist that their daughters follow the requests of the people who are exploiting them.8 This, coupled with extreme poverty, exacerbate the growing phenomenon in Edo State, rendering it even more difficult to combat. Though, there are efforts to better the lives of women in Edo State.  Education promotes agricultural development and other “basic needs industries,”  and is central to the campaigns to inform about the horrors and negative effects of trafficking, and working toward the decriminalization, not legalization, of prostitution to help, instead of punish, those who have been ensnared in a vicious cycle of abuse which is making strides.9

New policies and rules are being implemented and promoted by grassroots organizations, and governments are taking notice. On November 15, 2000, the UN established a “Protocol to Prevent, Suppress and Punish Trafficking in Persons, Especially Women and Children, supplementing the United Nations Convention against Transnational Organized Crime,” which has 173 signatories, showing the world that these malum in se actions have become malum prohibitum or universally illegal, and punishable internaitonally.10 Even with all of these measures, and the recognition of this epidemic at an international level, there are still roughly 4.8 million people (19% of all humans trafficked) enslaved for sexual exploitation in the world, bringing in 99 billion dollars annually (66% of all profits from human trafficking).11 More must be done to end all forms of human trafficking, and it starts with a deeper understanding of the differing local and cultural patterns of recruitment throughout the world. Education and the provision of alternative work options remain the most powerful deterrents.