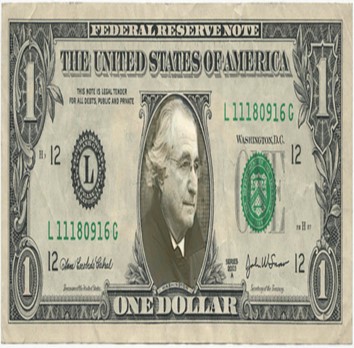 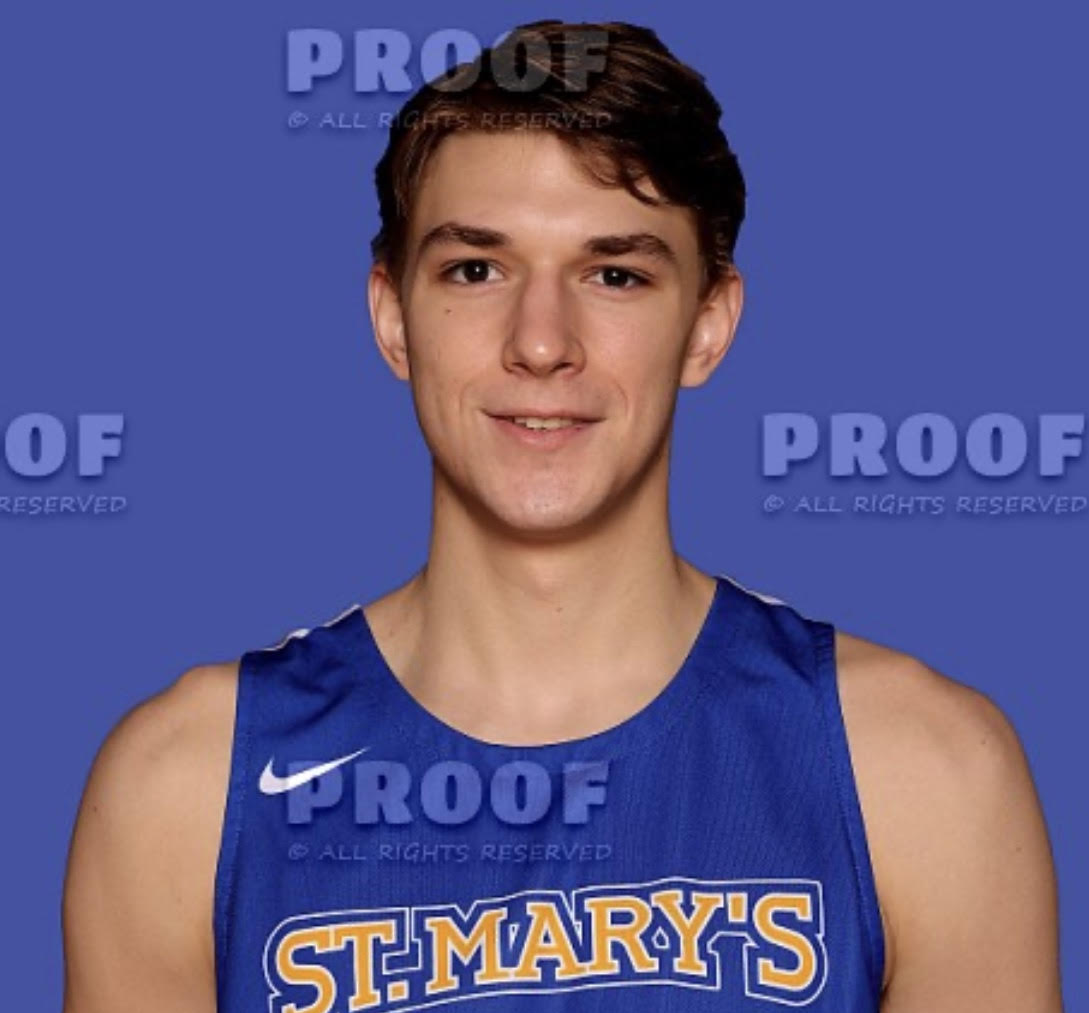 The arrest of Benard L. Madoff on December 11, 2008, revealed a scheme that has come to be considered one of the biggest frauds in the history of the United States. Over its twenty-year history, investors lost an estimated $50-$65 billion.1 As it turned out, this amount included the imaginary gains in profits recorded to investor accounts. In terms of scope and scale, it is only outshone by the Enron Corporation Scandal of 2001. At the time of his arrest, Bernie Madoff was the sole proprietor of Bernard L. Madoff Investment Securities. Over its 48-year history, the investment securities company had a pristine regulatory history. The question of how, why, and when Madoff changed from being a successful and legitimate equities trader into becoming the perpetrator of the most horrific financial fraud remains a mystery.2 While people might know how the Ponzi scheme was conducted, less is known about why Madoff perpetrated the Ponzi scheme. The analysis of how Bernie Madoff managed to execute an unprecedented Ponzi scheme provides a rich case for understanding financial fraud.

Although he was well known as the perpetrator of possibly one of the largest financial fraud schemes, Bernie Madoff had been a successful investment advisor on Wall Street. He founded Bernard L. Madoff Investment Securities LLC, a company that grew to become one of the largest wealth management and brokerage firms for penny stocks. Madoff’s business became wildly successful, enabling him and his family to become immensely wealthy. By the 1980s, Madoff’s company handled an estimated 5% of the total trading volume at NYSE. The company’s trading technology helped in the formation of NASDAQ.3 As the majority would argue, the amount of money from his legitimate business was enough to sustain his lifestyle for a lifetime. What still puzzles people are the reasons why he decided to engage in fraud that led to billions of losses in investor wealth.

The company’s wealth management segment facilitated the execution of the Ponzi scheme. The scheme followed the simple and classic Ponzi scheme tactics. By posing as a financial broker, Madoff invited investors to purchase investment packages in bonds, stocks, and other types of financial instruments. He lied about the secretive or vague investment strategies. The rates of returns on these investments were extraordinarily high. In turn, Madoff pocketed deposits from investors and never invested the money, but instead, he used it to expand the scheme. To ensure the sustainability of the Ponzi scheme, Madoff paid “returns” to first or earlier investors using deposits from new investors. He even fabricated the client’s trading statements to allege that the company was making profits. Though actual profits were not being realized at the time, the investments seemed legitimate and profitable. Person A’s profits relied on Person B’s more recent investment. Things started to fall apart in 2008 amidst the financial crisis when a significant number of investors requested to cash out approximately $7 billion in investments.4 At the time, Madoff could not answer the required amount of withdrawals, as he only had less than $300 million. His capture in 2008 marked the end of the scheme. The courts subsequently found him guilty of eleven counts of money laundering, fraud, theft, and perjury.

How the Madoff Ponzi remained undetected for over two decades remains an unsolved riddle. The fact that Madoff managed to perpetrate the fraud for many years adds notoriety to the case. Interestingly enough, nobody is yet to figure out the exact date the Ponzi scheme was started. Despite numerous investigations of Madoff’s business practices over the years, the Securities and Exchange Commission (SEC) failed to detect massive fraudulent practices. Don Nardo argues that a significant number of Wall Street firms had stopped engaging in business activities with Bernie Madoff.5 As an active and well-versed player in the financial industry, Madoff was able to devise strategies that enabled him to fly under the radar for many years despite multiple warnings to the SEC about a suspicious Ponzi scheme. Madoff’s exemplary reputation on Wall Street helped him to attract high-profile investors. The scheme affected victims from Palm Beach to the Persian Gulf, from Brazil to Canada, from a Catholic girl’s school in St. Croix to teachers’ pension plans in South Korea. Madoff even managed to scam reputable pension funds and banks, such as the Royal Bank of Scotland, Banco Santander of Spain, HSBC, and the Korea Teachers Pension.6 His role as the SEC advisor and member of the National Association of Securities Dealers also played a role in enabling him to run the scheme. Such reasons try to explain why a scheme of this magnitude managed to survive without exposure for at least twenty years.

The amount of losses to Madoff’s victims is embarrassing and infuriating. From an investor’s point of view, their gullibility and greed were a significant factor in the survival of the Ponzi scheme.7 Their failure to examine the issue closely due to the high rate of expected profit prevented the investors from questioning the legality of their investments. As of April 31, 2014, more than 51,700 investment claims had been submitted to the Department of Justice Madoff Victim Fund. The exact number of victims remains incalculable. Although it is known that Madoff took advantage of thousands of ordinary people, analysis of the profile of victims in the scandal reveals that many victims were family, friends, and relatives. The defrauding of kin contributed to winning the trust of other family members. The involvement of family members and close friends helps to explain the role of social relations in the perpetration of fraud.8

At this point, Bernie Madoff had the world at his feet. With presumably one of the most successful businesses in the world, everyone on Wall Street wanted to be associated with him. But all of this changed in an instant. What followed was a story of one of the largest white-collar crimes in history. Behind it was a trail of devastated families and harrowing tales of lost retirement funds. Anju Beniwal argues that money is the main ingredient for corruption. The thirst for money pushes individuals to act in unimaginable ways. He continues to state that excessive greed increases the desire to acquire more money than desired. With the absence of integrity and honesty, it becomes easier to engage in corrupt activities. Today, a new scandal or scam is being perpetrated and with each scandal, comes frustrations and embarrassment regarding the actions taken in past scandals.9

Explaining how and why the scandal became so large calls for the need to explain the ways that Bernie Madoff gained trustworthiness. The fact that he was among the first people to use computer technologies to trade enabled him to earn huge respect among investors.10 The level of respect rose so that he became the chairman of NASDAQ. He had a legitimate company with an excellent trading record. Using this level of trust, he created a secret hedge fund. The details of the hedge fund remained secretive as he claimed that its level of complexity could not be understood by outsiders. The hedge fund remained private as a way of keeping SEC investigators in the dark. In reality, it was a massive bank account where Madoff could withdraw funds at any time and pay off early investors. The returns to investors were theoretical since they were making no investments. The back office on the seventeenth floor of the Lipstick building owned by Madoff was not accessible to everyone. This factor added an element of exclusivity to the entire investment.

The failure of the government to provide proper regulations contributed to the proliferation of the Ponzi. Prior to the exposure of the scandal, a total of eight different SEC investigations had been lodged against Madoff Securities, but no substantial findings were uncovered. Interestingly, the level of investigations enhanced Madoff’s notoriety, a factor that enabled him to land more clients. Even though the Madoff Ponzi scheme sent shock waves through regulatory circles, it later emerged that the Securities and Exchange Commission had been furnished with credible reports raising questions about Madoff’s business undertakings. Investment analysts such as Harry Markopolos identified the investment scam during its early days and issued multiple warning reports to the SEC.11 Markopolos once served as an executive in the security industry and was also an accomplished financial fraud investigator and a forensic accountant. Instead of conducting investigations that could have led to the discovery and prosecution of the crime, the SEC ignored the warnings. If they did send investigators, the investigations conducted failed to conduct due procedure for the purpose and intent of the investigation. Routine and inconsequential audits revealed nothing wrong about Madoff’s business activities. Banks and accounting firms too failed to detect the fraud despite servicing accounts used in the transfer of funds.

Madoff is currently serving a 150-year prison sentence in a maximum-security penitentiary.12 In prison, he is popularly referred to as prisoner #61727-054. Investigations into Madoff’s financial records are still ongoing in an effort to restate and distribute money to defrauded investors. A lot has changed since being imprisoned. Madoff’s wife, Ruth no longer visits him. Mark, the estranged older son, committed suicide in 2010. Andrew died of cancer in 2014.13 He is serving the outcomes of deception, delusion, and manipulation from his criminal activities. His ability to inspire trust and honesty provided a necessary ingredient for inspiring the scheme.

The Madoff Ponzi scheme remains one of the most epic and largest truly global financial frauds. Unfortunately, misguided, and obsolete notions for investments governs much of the conventional thinking and investment practices across society. The aftermath and losses to victims of the Madoff Ponzi scheme provide an interesting case and illumination to the dangers of misinformed and misguided investment practices. The examination of how and why Bernie Madoff managed to execute and elaborate a well-masterminded fraud has provided a wealth of detail regarding the ways of identifying and uncovering concealed fraud. Despite having immense wealth while conducting a legitimate business, the “why” for engaging in fraud still remains a mystery. Judging from the history of the circumstances surrounding his family, Madoff could not admit failure at anything. The fact that he had developed a trading system that made big money for Over-the-counter (OTC) stocks increased his desire for making more money as a middleman. As a trusted Wall Street trader, the reasons Madoff betrayed his investors still defeats conventional wisdom. Lying to victims that he will use discrete strategies to find lucrative but unidentified investment opportunities sounded impressive to gullible victims.

The Madoff case is instructive and fascinating. It illuminates the fundamental challenges of capturing trusted criminals in Ponzi schemes. What Madoff did can still be done. Guaranteed returns, the promise of supernormal returns, tightly controlled companies, common investors, lack of outside audits and transparency, and claims of using a proprietary investment strategy are crucial red flags in the detection of Ponzi schemes.14 The processes, procedures, and policies of handling complaints at the SEC and at the organizational level need to be improved.

I would like to thank Dr. Matthew Gilley for his help in the early stages of this project, particularly in helping me with the approach to take in my research. I am also indebted to Dr. Necia Wolff for her assistance in the editing phase of the project. And I am most grateful to Dr. Bradford Whitener for his encouragement to help me to see the importance of this project for how it could be helpful and useful to others.

Hello! I'm Nic Burch, a freshman majoring in Business Marketing at St. Mary's. I was born and raised in San Antonio and throughout my life, I've always been interested in the business world. I've enjoyed learning about online businesses, marketing, and business communication. I'm proud to be in the class of 2024 at St. Mary's University.
Author Portfolio Page