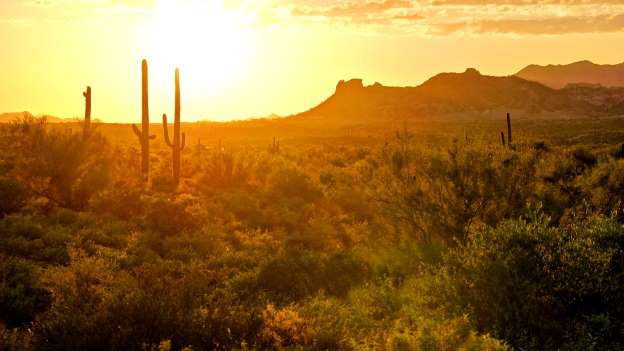 For the last few years of my military career, I found myself stationed in Sierra Vista—a city deep in southern Arizona. The isolation which encompasses much of this region is still very evident in this area. For this reason, it interested me to learn the Old Spanish Trail once went through this area in route to its final destination. I began to research the area for any mention of the Old Spanish Trail. Eventually, this search led me to contact a number of people in and around Sierra Vista, Bisbee, and Douglas, Arizona. To my surprise, no one in the area had even heard of the Old Spanish Trail. Almost by accident, I connected with Cindy Hayostek, a local resident of Douglas, Arizona. She began her career in Douglas by writing for a small daily newspaper, and in 2003, returned to the University of Arizona, where she received her degree in history with a minor in Latin American Studies. Following college, Cindy continued writing for local papers in the region. Doing so led her to publishing several books on the area. In addition, Cindy authors a quarterly magazine called Borderland Chronicles.

By 1939, the Broadway of America, also known as Old Spanish Trail, or the Bankhead Highway to the locals, was well established and much used within the southern region of Arizona. The entire Old Spanish Trail was nationally recognized; however, the section that spanned southern Arizona carried its own honor. Although technically a separate highway, the Bankhead Highway, began to make a name for itself as “the first transcontinental highway to be paved Coast to Coast.” At that point, the highway extended from New York to New Jersey, Philadelphia, Virginia, Tennessee, Arkansas, Texas, New Mexico, and down through California. 1

Another advantage or benefit the evolution of the Old Spanish Trail brought to southern Arizona was the tourism industry. Beginning in the 1940s, publications across the nation began to celebrate the ease with which a tourist could visit Arizona and enjoy sites such as “the Wonderland of rocks or the Chiricahua National Monument Cave” and the ghost towns in Galeyville and Charleston. 2

Unfortunately, the success of the Old Spanish Trail ended in southern Arizona around 1941 with the bombing of Pearl Harbor. While fighting the war in Europe, the U.S. government discovered or realized the advantages of four-lane highways. During his presidency, Dwight Eisenhower built on this idea and cemented I-10 as southern Arizona’s primary throughway.

Southern Arizona is a honeycomb of mini metropolitan areas that function independently but were established in a progression that resulted in part from the Old Spanish Trail. Founded in the early 1880s as a copper mining town, Bisbee’s claim to mining prominence had grown immensely by the 1900s. Around the same time, companies in and around Bisbee began realizing that they needed to get their smelters out of the city and explored ways to do so. These efforts came to fruition with the help of Phelps Dodge. Dodge led the way in choosing a location that was downhill—Douglas, Arizona. As a result, by 1907, southern Arizona had made a name for itself by having one of the largest copper smelters in the world. Ultimately, the development led Bisbee and its surrounding area to become familiar with the need for railroads and paved roads.

This section of what would become the Old Spanish Trail, developed as the result of the area’s prior necessities. In 1915, the Borderland Route, which ran from El Paso to San Diego, was introduced. This route eventually became part of the Bank Head Route, which ran from Washington, DC, to Georgia and then across the southern United States to San Diego. As time passed, the route would come to be known as the Broadway of America and later as part of the Old Spanish Trail. Locals also referred to the roadway as the all-season or all Southern Highway. Although creation of the Old Spanish Trail ultimately contributed to the region’s success, the accessibility that the Borderland Route brought was what persuaded Bisbee and its surrounding areas to build their own roadways.

In 1917, the chambers of commerce in Douglas and Warren persuaded the county board of supervisors to create a highway commission. 3 In that same year, the Casper Bond passed in Cochise County allowed for road expansion to happen. Through a special election, the Cochise County Board of Supervisors, with the approval of voters, decided to pass this bill in order to pave a twenty-five-mile section of road between Bisbee and Douglas. At the time, the endeavor was considered difficult because it took place in the middle of the desert. Watering the concrete was the most challenging requirement and involved a separate team for hauling water. Within two years of beginning this project, the surrounding towns began seeing more and more cars on roads in and out of the area. On September 20, 1920, the two portions of the highway met near Paul Spur in southern Arizona. It was at this location that both cities celebrated accomplishing the same accessibility that they had seen in the Old Spanish Trail. Marshal for this event was retired federal judge Fletcher M. Doan.

The success of the Old Spanish Trail in southern Arizona is legend; however, despite researching the subject, modern historians who are concerned with this ancient roadway do not know much. The lack of information is due to Frankin O’ Mackey. O’ Mackey was a Midwestern native who amassed his riches in the oil fields of Texas. In 1918, and in the midst of Prohibition, O’ Mackey used his fortune to buy and operate Kentucky Distillery Co., a whiskey distillery in Juarez, Mexico, just across the border from his house. In 1928, he came back to Douglas and was able to buy the Gadsden Hotel, prosper, and even rebuild after a disastrous fire in 1928. The new Gadsden’s 169 rooms all had carpeting, private bathrooms and outside view windows…Inclusion of a garage within the Gadsden rebuild was an acknowledgment of automobiles’ expanding role in American travel. 4

Following the rebuild of O’ Mackey’s hotel, he capitalized on tourism in the area and became the national president of the Broadway of America. For an area as small as southern Arizona, which was in a period of transition, O’ Mackey’s exploits became a significant part of the history of the Old Spanish Trail. O’ Mackey made both his distillery and the Broadway of America top priorities in the vicinity. As time went on, less attention was given to the name Old Spanish Trail and more was given to the name Broadway of America. Therefore, Mr. O’ Mackey is likely to blame for today’s lack of historical knowledge.

Less than two weeks later, Franklin W. Doan, son of Fletcher Doan, along with the surrounding area, would bear witness to the negative effects of their accomplishments. On September 19, 1920, Frank Doan was in the front passenger seat of a car driven by W.D. Patterson, Proprietor of the Deluxe Soda Shop. 5 On this day, Frank, and two other men were making their way back to Douglas from Tombstone, Arizona, when the car they were driving collided with a Model T going 40 mph the opposite direction. As they swerved in an attempt to avoid the oncoming vehicle, and since seat belts were uncommon at the time, all three men were ejected from the car. Everyone involved in this accident survived with the exception of Frank Doan. Dr. A.W. Vanneman, county physician, examined Doan’s body and found a skull fracture above his left ear as well as broken facial bones. 6

A major development that came from the success between Bisbee and Douglas was the growth of feeder roads. Because of the feeder roads, the area’s tourism trade expanded throughout much of the early 1920s. Nineteen-Twenty also saw the official culmination of another major milestone for the area. With the simultaneous construction of feeder roads between Douglas and Bisbee, the continued expansion of the Borderland route, Bank Head route (Broadway of America), and Old Spanish Trail, 1920 saw the official unification of the three highways, particularly the Old Spanish Trail and Bank Head route in El Paso, Texas. With this official unification, tourist publications in southern Arizona were introduced to the region so visitors could use the feeder roads to access sites such as the Chirichua National Monument and Tombstone—the location of the infamous fight between Wyatt Earp and the Clantons at the OK Corral.

In Douglas, the Old Spanish Trail began affecting the region as a whole. Much of what came out of this part of southern Arizona was the hotel industry, which greatly influenced the area. As a result of the newly paved roads, an estimated 30% of tourists stayed overnight. Another new development was the creation of tourist camps. Tourist camps allowed cross-country tourists to park overnight, set up a tent, have access to water and a secure place to sleep. As time progressed, these tourist camps would transform into campsites complete with fully furnished cabins. Among the two most popular in the area were the Askins Cottage Camp and the Rest-A-Bit Lodge. Both of these locations greatly contributed to the 30% of tourist who stayed in the area, as each occupied several blocks individually. This was a result of the camps close proximity to a cross-country highway. 7

Sporadic attempts at increasing recognition of the Old Spanish Trail have shown little success. When they speak with historians, locals are optimistic about the renewed recognition of the Old Spanish Trail, but feel that an outside source would need to become involved in order to reignite interest. In absence of this, well-established cities in this region have survived on individual tourist attractions, and the once-famous roadways that brought renown to the area have fallen into obscurity. Research indicates that the situation is a result of both Mr. O’ Mackey’s actions and the continued interest in Route 66. Unfortunately, the southern regions of Arizona cannot compete with such popularity.

Graduate student currently in the Public History Program at St. Mary’s University in San Antonio Texas. After time served in the U.S. Army, I returned to San Antonio and obtained a Bachelors of Arts in History from The University of Incarnate Word. As an advocate for the preservation of community history, my work tends to focus on Sociological issues, Inter-city populations, Latino communities, and Education. In completing the Public History program, I hope to work toward contributing to these areas.

I never heard much about the Spanish trail until now. This article brought the trail to life in how it started and what made it forgotten about. This kind of reminded me of the movie Cars since radiator springs was a roadside attraction then got forgotten about with the highway playing a part in leading tourists away. I agree that something would have to come back to make the attraction interesting since the trail is stuck in the shadows.

Before coming across this article, I had never heard of the Spanish Trail. I liked how the author mentioned that not many people know of its history and that a probable reason was given for why that is. The amount of economic benefits that came from the trail is important to acknowledge for the regions that were able to grow communities from it.