The power of a ball: How soccer star Didier Drogba ended the Côte d’Ivoire Civil War 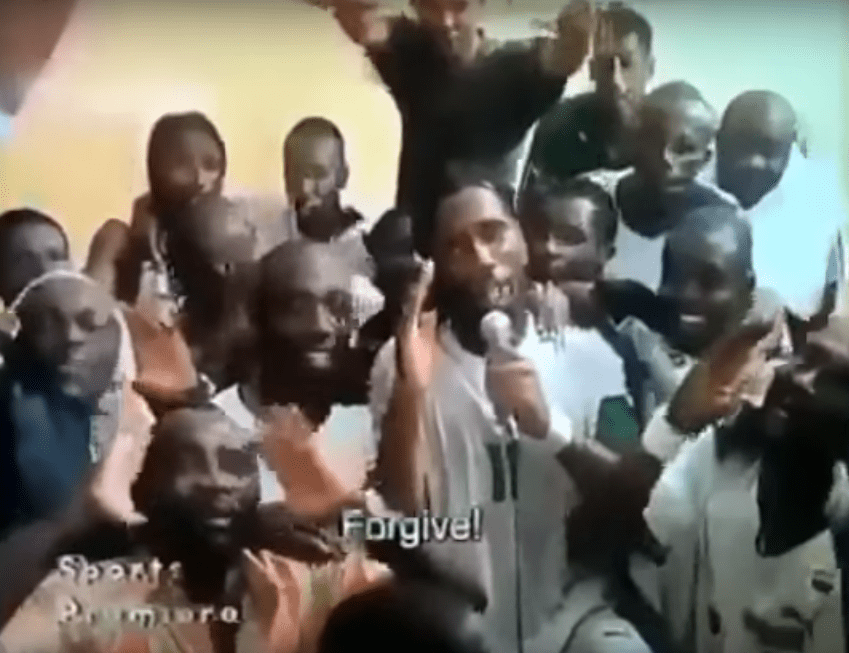 The King of Sports, Football (American soccer). Every four years, the world watches the FIFA World Cup. Every four years, people from all parts of the world stop everything they’re doing in order to watch their country play football. Every four years, billions of dollars are invested in this event.1 Many praise it, many criticize it, but what nobody can deny is that football has a power to unite an entire nation and give its people hope and joy, whatever their condition or situation might be. Did you think football was irrelevant and useless? Well, you would be wrong. The power of football is immense, and the story you are about to read will show it. Yes, football, eleven players looking to put a ball in a goal, was able to end a civil war!

Didier Drogba was born in Abidjan, Côte d’Ivoire, on March 11, 1978.2 He is a historical figure in his country, considered by many to be the best Ivorian player in its history. In addition to that, he has the record for being the highest scorer in the history of Ivory Coast football. There is no one in Ivory Coast who does not idolize this football player. We can say that Didier Drogba has been one of the world’s best strikers of the last decades. The African striker has won almost everything during his football career, even scoring in the 2012 United European Football Association’s (UEFA) Champions League final for his then football team Chelsea against the German power FC Bayern of Munich. It is necessary to emphasize the dimensions of a Champions League final, because the vast majority of American readers have little knowledge of European football, partly because of the popularity of American football. For example, Super Bowl XLIX, the most watched sporting event in United States history, had 121 million people watching it. This number is undoubtedly colossal, but it does not compare with the 180 million people who saw the final of the Champions League in 2016.3 Despite the giant audience, this was not even the most seen UEFA Champions League football final in history. A Champions League final is crucial, as was Didier Drogba in that one. At the end, the Ivoirian was chosen as the best player in the UEFA Champions League final. The African player was so important for the English team that he even kicked the last penalty that would give them the maximum glory for a Football team.4

Despite moving to France at the age of five, Drogba never forgot his roots nor his people.5 Despite having the possibility of changing his nationality to French citizenship, which would have allowed him to play with a much more competitive team and with greater aspirations to win a World Cup (the ultimate prize of every football lover), love of his homeland was of greater importance to him. When Drogba returned to Côte d’Ivoire, he not only found a football team in ruins and with little hope of achieving any important achievement, but he also found a country in ruins and with hopes of progress almost destroyed.

It all began in September 2002. A group of military opponents of the Ivorian government decided to take the main cities of the country as a symbol of rebellion. The rebels attempted a coup, but it did not work, so they took refuge in the north. That was the beginning of the civil war in Ivory Coast.6

Despite the thousands of deaths during the first three years of the civil war, there was a reason to celebrate in Côte d’Ivoire: football. In 2005, Côte d’Ivoire obtained its first classification to a FIFA World Cup in all its country’s history. It came in a game against Sudan, in which the Ivoirians won 3-1.7 And then, with everyone celebrating that epic result, the captain of the Ivory Coast team, Didier Drogba, wanted to turn that celebration into a momentous moment for the history of the country. Kneeling, and surrounded by all the different races that made up the Ivory Coast Football Team, he turned to the national television camera, and began his message:

“Men and woman of Cote d’Ivoire from the North, South, Centre, and West. We proved today that all Ivoirians can co-exist and play together with a shared aim: to qualify for the World Cup. We promised you that the celebration would unite the people. Today, we beg you, on our knees: Forgive! Forgive! Forgive! The one country in Africa with so many riches must not descend into war. Please lay down your weapons. Hold elections. All will be better. We want to have fun, so stop firing your guns!” 8

Drogba’s message touched Ivoirians, because the country was affectionate at that moment of great celebration, and because they needed someone to open their eyes. After more than four-thousand dead in three years, who better to do so than the greatest idol who, at that time, was already elevated to the level of eternal legend. A week after that gesture, the two sides agreed to a cease-fire; it was the beginning of the end of the war.9

Although “Didi”’s speech was well received by both sides of the confrontation, there were still things to resolve in order to say that “the civil war was over.” Thus, in 2006, when Drogba received the prize for best African footballer of the year, he decided to return to Ivory Coast to show his country the precious trophy. But he did not go to his birth city, the capital of the country: he traveled to Bouaké, one of the cities that had been occupied by the rebels opposed to the government, where they had installed their headquarters. When he arrived, Drogba also gave a speech that again spoke of the importance of unity and peace for the progress and development of the West African country.

After that episode, in 2007, the captain of “The Elephants” (nickname given to the Ivorian soccer team) proposed something that was really daring and dangerous in case it materialized. Drogba’s aim was to realize an official match of the national team in the same city, Bouaké. His goal was to bring the unity of the country to its maximum expression on the most conflicted place, the capital of the rebels. It was not easy, but with the mediation of Drogba, the political and football authorities agreed. It was clear that it was not going to be a normal football game. That date, June 3rd of 2007, was The Day for Ivoirians. There was strong tension in the air, because both the people of Bouaké and those of the capital were present in the stadium. The pressure increased a lot more when the leaders of the Ivorian government arrived, who were with the rebels for the first time without bullets separating them. Miraculously, the king of the sport was able to bring rebel leaders, government leaders, and soccer fans together in one place. Then, the national anthem started, and the Ivoirian president Laurent Gbagbo and the rebel leader, Guillaume Soro, sang it side by side. Drogba knew at that moment that the Civil War was over. “To see the two sides together, to sing in unison the hymn of my country was very special. I felt Côte d’Ivoire was born again,” declared the great striker. Not surprisingly, the following day, after Ivory Coast’s 5-0 win against Madagascar, a local newspaper called “Five goals to erase five years of war.”10

Drogba ended up winning all the hearts of the Ivorian people, when in 2009 he decided to donate a hospital in Abidjan, the capital of his country. He did it with the three million pounds he had received after carrying out an advertising campaign with a well-known brand of soft drinks. He just established one condition: that the hospital services were totally free.11

In 2010, the well-known TIME magazine included Drogba among the 100 most influential people in the world, because of his peace objectives and results in the Ivorian Civil War.12From there, he became a United Nations Goodwill Ambassador. In addition, Drogba has a foundation, which built five hospitals in Côte d’Ivoire. The hospitals in Abidjan, Yamoussoukro, Man, Korhogo, and San Pedro, which cost five million dollars, were paid for with Drogba’s own money.13 In football, you can be an idol based on goals and titles. But Drogba is much more than an idol. He is a hero, almost a saint, in Ivory Coast.

Like him, there are thousands of artists and athletes who enjoy popularity and unanimous approval in their countries. The great majority of these artists are blinded by fame and lust. They squander all their money and end up consuming drugs or are stuck in scandals of sexual abuse, tax evasion, or alcoholism.14 This was not the case for Didier Drogba. The Ivoirian used all his influence to build a better future for the next generations of Ivoirians. A World Cup qualification is an invaluable gift for a football lover, but something that even surpasses this is what “Didi” did: give his compatriots peace. Let us hope that the case of Drogba will not be the only one, and that these influential people can use their popularity for the good of others, for peace.