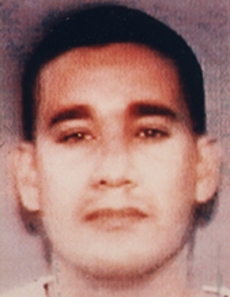 On July 15, 1997 Italian fashion designer Gianni Versace’s life abruptly ended with a gunshot on the doorstep of his Miami beach mansion. Many of us know and love the Italian fashion line known as Versace, but most people aren’t aware of the murder of its founder, Gianni Versace. His life was taken by a 27-year-old serial killer, Andrew Cunanan. Cunanan was a desperate man craving attention in all the wrong ways and found that attention by murdering men. 1

Cunanan’s road to murdering Versace began when Cunanan was 19. His father abandoned his family and fled to the Philippines to avoid embezzlement charges. He left his wife and kids broke and alone. Cunanan followed his father to the Philippines. He later returned shocked at the poor conditions his father was living in. Cunanan started spiraling downward. He acted out in hopes of attention, and sometimes he resulted to violence. There was one incident where he shoved his mother so hard he dislocated her shoulder. Later observation of his behaviors suggested he suffered from antisocial personality disorder, which results in a lack of remorse for one’s actions. Cunanan craved any kind of attention he could get. He would do anything to get what he wanted. His spiraling life led him cross country on a murder spree killing without motivation except for the attention he would gain by doing so.2

In 1989 Cunanan dropped out of the University of California, San Diego and moved to the San Francisco area where took on many aliases such as Andrew DeSilva, Lieutenant Commander Andy Cummings, Drew Cunningham, and Curt Matthew Demaris. He made up lies about where his money came from, but, in many cases, he appeared wealthy because he befriended and lived off wealthy older men. He began playing parts in creating violent pornography.3 He was often found at parties and high class clubs, which was how he met the Italian fashion designer Gianni Versace at a San Francisco club. But this life of luxury didn’t last long.4  In 1996 Cunanan broke up with Norman Blachford, who at the time was financially supporting him and his expensive gay playboy lifestyle. Broke, Cunanan, maxed out his credit cards and sold drugs to survive. Not long after that, he got a one-way ticket to Minneapolis to visit a former lover.5

On April 27,1997 Andrew Cunanan committed his first murder, killing Jeffrey Trail, a former navy lieutenant who he had met at a bar in San Diego. His body was found two days later in David Madson’s apartment wrapped up in a rug after being beaten to death. Cunanan had been staying with Madson, one of his former lovers, at the time of Trail’s disappearance. Four days later the second murder was confirmed when David Madson’s body was discovered by fishermen near a lake north of Minneapolis on May 3,1997.6

With the car he stole from his second victim, Cunanan made his way to Chicago where he tortured 72-year-old Lee Miglin to death and left him bound in his house where Marilyn Miglin found her husband on May 4, 1997. Cunanan left Madson’s car in a garage a few blocks from Miglin’s home and murder spree, but not before he took all the money he could find in Miglin’s home and his jade green Lexus. Cunanan had no prior relations to Lee Miglin, and so he was believed to had been in the wrong place at the wrong time when Cunanan found him.7 After this murder, Cunanan was placed on the FBI’s Ten most wanted list.8 Still on the run, Cunanan made his way to New Jersey where he claimed his fourth victim by the name of William Reese. Reese was a custodian and Finn’s Point National Cemetery. He was found in the basement of his office with a gunshot wound to head. Cunanan then dumped the stolen Lexus nearby and drove off with Reese’s red pickup truck.9

Now in Miami, Cunanan left his red pickup in plain sight a few blocks away from Gianni Versace’s mansion.10 After the 50-year-old fashion designer returned from his morning walk, he found Andrew Cunanan at his front steps. Cunanan then shot and killed Versace on July 15, 1997.11  To kill Versace, he used the same gun that he stole from his first victim, Jeffery Trail, and that he also used to murder David Madson and William Reese.12 Cunanan fled the scene and hid out in a nearby house boat to avoid being found. Eight days after the murder of his last victim, Gianni Versace, Andrew Cunanan was discovered by the houseboat’s owner, who then shot Cunanan.13 Andrew Cunanan looked for attention his whole life, and he found it in all the wrong ways, but just like his personality, he ended everything with a bang.