“The Whole World is Watching:” Tom Hayden and the 1968 Democratic National Convention Protests 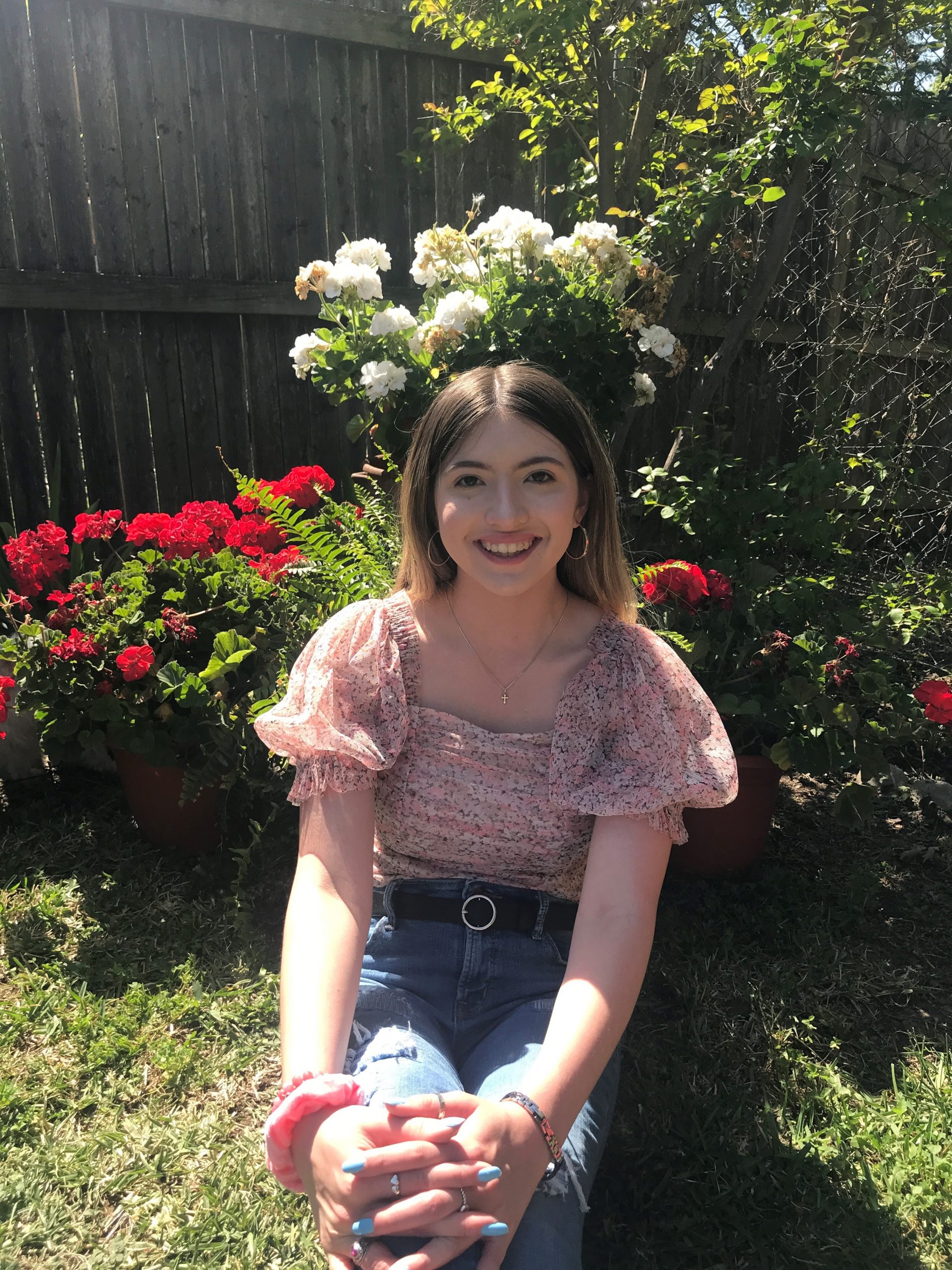 Tom Hayden mounted the stage and looked out at the crowd in front of him. Thousands had come to Chicago to protest the Vietnam War, and with the Democratic National Convention meeting in Chicago, demonstrations just blocks away would garner the momentum they needed to make their voices heard. After days of protests and escalating altercations with police, Hayden knew he had to control the crowd and prevent any violence that occurred from getting out of his control. There were too many people, and with tensions running high between demonstrators and police, it could get ugly very quickly. He took a slow deep breath and began to speak.

The year was 1968, a year that was especially trying for the country and one that ultimately changed America.1 Civil rights icon Dr. Martin Luther King Jr. and the leading figure within the Democratic Party Robert Kennedy, had both just been brutally assassinated. The Vietnam War was continuing to rage on, with no end in sight. Leading anti-war activists and prominent New Left leaders, including Tom Hayden, organized mass demonstrations to protest the war. Chicago in 1968 during the Convention then was a culmination of diverse groups with similar goals, but they all lacked central leadership.2

Three of these main groups were the Youth International Party (the Yippies) led by Abbie Hoffman and Jerry Rubin, the Students for Democratic Society (SDS) co-founded by Hayden, and the umbrella organization of the National Mobilization Committee to End the War in Vietnam (MOBE) directed by David Dellinger and whose Chicago office was led by Rennie Davis and Tom Hayden.3 Hayden had been heavily involved with SDS, even drafting the manifesto of the SDS, known as the “Port Huron Statement.” In it, Hayden reaffirmed the tactic of non-violent civil disobedience and called for a new participatory democracy, a point that was especially relevant as the delegates met to nominate the Democratic candidate for the presidency and whose Vietnam policies were of important concern to the anti-war demonstrators right outside.4

For a protest to be legal, it needed to have permits issued for it by the city. Organizers from various groups had been working for months to obtain permits, by meeting with city officials for their various demonstrations, but they were never given.5 At the height of the demonstrations, there were 10,000 protestors. Chicago Mayor Richard Daley made it clear that law and order would be maintained in his city, having 12,000 police officers, 6,000 members of the National Guard, and 6,000 Army troops stationed throughout the city at checkpoints equipped with barbed wire and riot gear-clad officers. Chicago, then, was a police state for the convention and for the protests when they occurred. Beginning August 23, protestors began to demonstrate, and each night they camped in the Lincoln and Grant Parks. Police clashed daily with demonstrators, breaking up marches and rallies with night sticks and tear gas.6 Lincoln Park, which had become the headquarters for the Yippies during the week of protests, was cleared nightly by police in accordance to the 11p.m. curfew that had been issued, pushing protestors into the North Side and Old Town, and then more police would push them off the street.7 Grant Park, on the other hand, was not cleared each night and was used for demonstrations. Due to Daley’s orders, some police officers worked 12 to 17 hour shifts during the convention, so overworked and exhausted, that tempers were short.8 All of these altercations with police were just minor incidents though, compared to the grand finale that occurred on Wednesday, August 28th that was caught on camera and televised live to the nation.

Described as a “bright and beautiful day,” the day began with a legal rally in Grant Park.9 But around 3:30 p.m., the day began to take a turn for the worse, when someone scaled a flagpole and began to lower the American flag. Police and protestors began to entangle. Rennie Davis, one of the organizers, attempted to break up the altercations and was consequently struck in the head with a billy club by police and knocked unconscious.

Hayden, as he watched his friend and fellow activist being attacked by the police, was outraged. Hayden knew he had to control the crowds and prevent further violence, yes, but he could not control the anger he was feeling or simply stand by. He took to the stage and let his fury flow, expressing to the crowds, “The city and the military machinery it has aimed at us won’t permit us to protest in an organized fashion. Therefore… we must turn this over-heated military machine against itself. Let us make sure if blood flows, it flows all over the city.”10 Hayden’s words, spoken in anger, would be a chilling prediction of what was to come hours later.

There were moments of violence that seemed to ebb and flow throughout the day, so after the afternoon rally concluded, tensions remained high. In the evening, about 1,500 protestors from the afternoon rally in Grant Park joined a march by the Southern Christian Leadership Conference (SCLC) who intended to march in front of the Conrad Hilton Hotel on Michigan Avenue where the Convention was taking place. Police though only allowed members of the SCLC to pass and attempted to clear other protestors, who were chanting the now famous mantra “the whole world is watching” as they marched.11 Also in front of the hotel were members of the media who were covering the Convention for their respective newspapers and television networks. As protestors and police began to once again entangle, it is unclear whether some protestors began to throw rocks at officers first to prompt their response, but what is certain is that the tone of police immediately changed, and Michigan Avenue erupted into brutal and senseless chaos. Police stormed the crowd and “indiscriminately attacked protestors and innocent bystanders with clubs, mace, and fists,” according to researcher and professor Frank Rusciano.12 Officers also shoved protestors through windows and beat them as they fell on the shattered glass. Some police officers even removed their name tags, so they could not be later identified. Protestors who attempted to flee found themselves trapped on all sides by police, and there was no where to run.13

This attack lasted approximately three hours, and few were spared by the violence, including the media. Over sixty journalists were attacked by police, despite attempts to show their media credentials, with cameras broken and journalists beaten and tear-gassed alongside protestors.14 The Battle on Michigan Avenue, as it was later known as, was viewed by an estimated 90 million Americans who witnessed the infamous riot and its raw seventeen minutes of footage from the safety of their homes.15 From the violence that occurred, 668 people were arrested, 425 demonstrators treated at temporary medical facilities, 200 were treated on site, 400 given first aid for tear gas exposure, and 110 were treated at hospitals. Fortunately though, despite the violence, no one was killed.16

There is some debate whether the incidents that occurred on Michigan Avenue were caused by the protestors or the police. The findings of the Walker Report, conducted by the National Commission on the Causes and Prevention of Violence, suggest that the evening of August 28th was in fact a “police riot,” spurred on by undercover law enforcement officials who had infiltrated the protest groups and was perpetuated by the excessive use of force by police. The protest organizers, including Tom Hayden, though, did face legal action for their involvement, charged with criminal conspiracy and incitement to riot in federal court. These “Chicago 8” and later “Chicago 7” were found guilty, though their convictions were overturned by the 7th Circuit Court of Appeals in February of 1972.17

The legacy of the DNC Protests of 1968 as well as the efforts of Tom Hayden are remarkably relevant, even decades later. Non-violent attempts to protest war continue to be part of larger campaigns against violence; even as more violence can occur as a result. The way technology has evolved and the larger role of social media have allowed people across the world to know things instantly, mere moments after they occur, shared across a digital space in a matter of seconds. These harrowing moments captured and circulated provide an aspect of accountability that was lacking in 1968. Not only do these unique features of contemporary society hold wrongdoers accountable, but they raise a larger and more important question: what can happen when the whole world is watching?

Madison is an International and Global Studies major, pursuing a B.A. as part of St. Mary's Class of 2025. She has a passion for history, art, and music.
Author Portfolio Page