Walter Cronkite: The Most Trusted Man in America 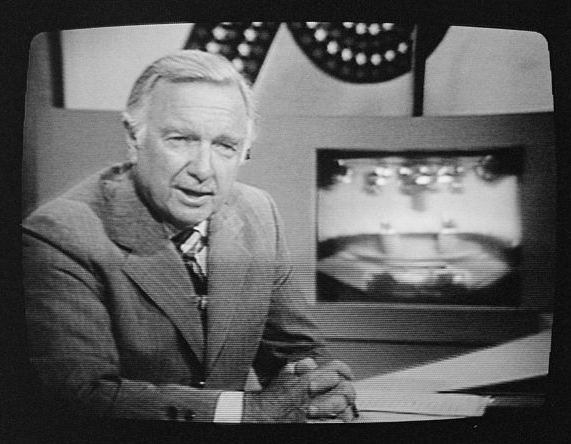 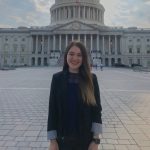 The legendary anchorman Walter Leland Cronkite Jr. was the voice of truth for millions of Americans. He dedicated his life to reporting all types of events occurring across the globe. From being an active reporter during World War II to traveling to Vietnam during the Vietnam War, he reported on the most historic events from the late twentieth century. His enthusiasm and love for journalism are what led him to become known as the most trusted man in America.

Cronkite was born on November 4, 1916, in Saint Joseph, Missouri. In 1927, his family relocated to Houston, Texas where he grew in admiration of journalism after reading an article in American Boy magazine.1 After this, his interest encouraged him to avidly work at his middle school and high school newspapers. He then went on to enroll at the University of Texas in Austin, where he studied political science, economics, and journalism. While in college, he worked as a part-time journalist for the Houston newspaper. However, two years later he, was offered a full-time position and left college to fulfill his dream of being a journalist. Cronkite went off to become a news editor for United Press International (UPI). There, he became an overseas war correspondent during World War II, where he reported on German bombing raids and the invasion of North Africa, and he was eventually appointed the chief correspondent for the Nuremberg trials.2

Upon his return to the United States, Cronkite had caught the attention of many American news networks, including the Columbia Broadcasting System (CBS). In 1950, Cronkite joined CBS News and hosted several CBS shows, such as You are There, The Morning Show, and The Twentieth Century. Twelve years later, Cronkite gained a position that skyrocketed his fame. He became the host of the CBS Evening News with Walter Cronkite. Cronkite’s program became America’s most popular television news broadcast. Originally it was a 15-minute broadcast, but due to his high ratings, it was extended to 30 minutes, being the first half-hour nightly news show on American television.3

Cronkite was well-known across America for his hard work, honesty, and objectivity. He did not let his political views get in the way of his reporting. He claimed, “I built my reputation on honest, straightforward reporting. To do anything else would be phony. I’d be selling myself and not the news.”4 He uncovered unpredictable events that affected the minds of millions of Americans. He covered the 1952 presidential elections, and he helped introduce The Beatles to the United States. He consoled Americans when President John F. Kennedy was assassinated in 1963. He famously reported “Report from Vietnam” in 1968, where he told Americans he did not believe that the United States had a chance at succeeding in the war. His commentary even impacted then U.S. President Lyndon B. Johnson when he told his staff, “If I’ve lost Cronkite, I’ve lost Middle America.”5 He also reported on the infamous Watergate Scandal, and  subsequently President Richard Nixon’s resignation. Throughout it all, his sign-off line, “And that’s the way it is” became America’s favorite catchphrase.6 Then, a 1972 public opinion poll named Cronkite “the most trusted man in America.”

After his retirement as the CBS Evening News anchor in 1981, he continued his periodic series for the CBS News science magazine, Walter Cronkite’s Universe, and he hosted Walter Cronkite’s 20th Century until 1992. During his time at CBS, he was selected for the Television Hall of Fame, being only the second newsman to ever be chosen, and was awarded the Presidential Medal of Freedom by President Jimmy Carter. To honor his contribution to journalism, Arizona State University established the Walter Cronkite School of Journalism and Mass Communication in 1984.7 After leaving CBS in 1993, Cronkite created his own production company and produced numerous documentaries for The Discovery Channel, the Public Broadcasting Service (PBS), and National Public Radio.8

Cronkite popularized television news. He was an example of what an exemplary journalist should be like. In 2005, Cronkite suffered a great loss when his wife Betsy died of cancer. Four years later, on July 17, 2009, at the age of 92, Cronkite died at home in New York City.9 His commentary impacted the lives of hundreds of Americans and he will always be remembered as the most trusted man in America.

I am currently a senior at St. Mary’s University in San Antonio, Texas. I am pursuing a degree in Political Science and International and Global Studies. I dedicate my time to researching and raising awareness about epidemics, injustices, and other conflicts that occur in other countries. Additionally, I enjoy partaking in various on-campus and non-profit organizations.

Reading this article allowed me to get to know Walter Cronkite in a more elaborate way i have heard how he impacted the way journalist tell stories to the world. Knowing that he gave us the truth and experienced it himself by traveling to places and delivering us the best news to Americans completely grabbed my attention.

What an amazing resume and life lived by Cronkite. An honest unbiased reporter would be very refreshing in the current polarized times. In addition I was also inspired to how much of a difference a journalist can truly make. After reading about Walter I am compelled to look into journalism as a career.

Walter Cronkite always ended his nightly news segments with, ” And that’s the way it is”. He gave suburb news with honesty of facts. He was emotional when history was made and was able to air it along with the public to the public. I remember siting with my mom watching the news with her. His voice was always calm and true. He truly laid out the foundation of what great newscasters should be like. I enjoyed this article, had good history of someone who made history.

Very nice article! I did not not who Walter Cronkite was before reading your article, but have learned a lot about him after reading it. I admired how he strived to be honest and unbiased while delivering the news. This should be something all reporters should strive for, especially in this polarized society. Overall, this was was a wonderful article! Nice job!

Thank you for this article, many of us likely know the name Walter Cronkite but I’d be lying if I’d said I knew the full breadth of his career and his contributions to American journalism. Cronkite’s interest, which developed into passion and then a career that led him down a historic path will likely not be forgotten for some time, just the same as the journalistic work he did allowed American citizens to be informed and remember important developments in the country and in the world. Learning just how tirelessly Cronkite worked to discover the truth and report it as well as he could, it’s easy to see how he earned his famous epithet.

What a great read, I wish there were more Walter Cronkite’s in today’s society. I feel like nowadays we let our political views get in the way of each and every news story that it almost seems biased now. Being able to read an unbiased article, or watch an unbiased news reporter just seems non-existent in today’s society. As Lulu Guadalupe said, he truly laid out the foundation of what great newscasters should be like but alas, they are not. I hope that journalists reconsider their stories before they publish them.

My grandmother used to tell me about Cronkite and his reporting. It was very enjoyable reading about him. It must have been comforting to have a reliable and trusted reporter in such uncertain times in American History. He was an inspiration because he was one of the first “household” name reporters to have come out of television. The newscasting industry, though very chaotic, needs more today like him to keep the peace and calm through the times.

This was a fascinating article about a journalist that I have never heard of before. It is nice to know that at one point we had a news reporter who cared about honest straightforward reporting and avoided involving his own political views about events that were occurring in America and outside the country. Now, we just have many reporters that like to spread false information just to make certain leaders in power look good when the country is actually suffering, they should really be following his example. Reading about Walter Cronkite was very interesting since he was an fascinating man who took his passion to the next level, I really enjoyed reading this article.

Walter Cronkite seems to be as notable as today’s ABC news anchor David Muir. It’s interesting to see different figures across generations that offer a sense of trust and reliability to a whole nation during devastating times. Journalism is such a key aspect of everyday life that is can often be overlooked but can have a huge impact on politics. The power of the voice of an unbiased reporter symbolizes the importance of understanding all news, good and bad, at home and abroad.

Walter Cronkite was a great man, a great journalist, and a great reporter. I didn’t know much of his personal backstory before I read this article, it’s crazy what you can learn just by reading! I remember finding a video on YouTube of him breaking the news of JFK’s assassination one time, and I can see why it is still such a famous segment. I didn’t know that he grew up in Houston, that’s pretty cool! I also didn’t know that he had traveled to Vietnam to report on the war, I think that was very brave of him. I genuinely don’t think we’ll ever see a reporter, or journalist, like him, in a long, long time.