The Uchuraccay Massacre: A Consequence of Shining Path Terrorism in Peru 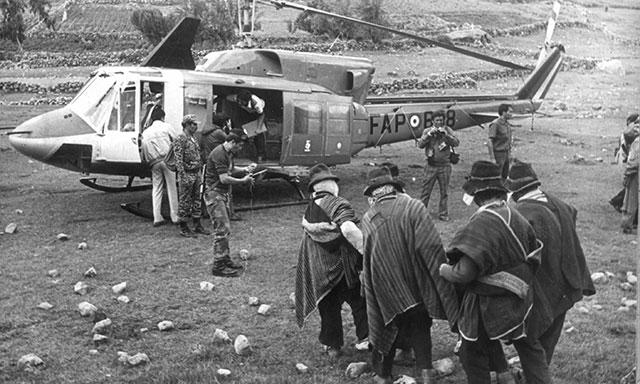 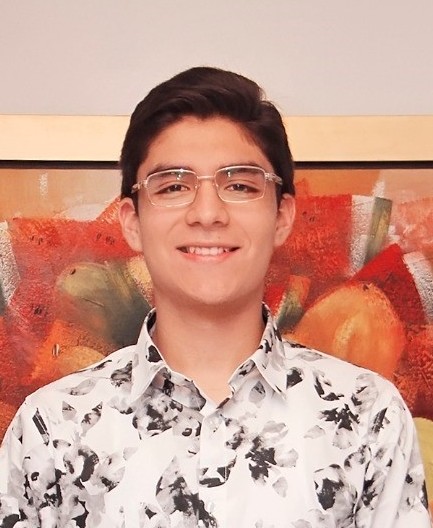 Was it true what was said? Was it true that there, in that little town of Huanta, the villagers had killed five terrorists? These were the questions that the journalists asked themselves. They could not believe it, as it was possible that the villagers were able to defeat the bloodthirsty supporters of Shining Path, this was a fact worthy of the front page! News like no other! With that eagerness, the journalists made their way to Uchuraccay, Huanta, without knowing that it was a journey without return.1

It was 1981 in Peru, and the armed fight of the terrorist group Shining Path had begun. The Senderistas had started their indoctrination missions, taking advantage of the high illiteracy rate in the country (nationwide it had reached 27% in men and 73% in women). The mission of this terrorist group was to establish communism in Peru through the only way they found “reasonable”: killing and torture. In mid-1981, some unknown persons arrived in Uchuraccay who presented themselves to the residents “as businessmen or looking for work.” The strangers visited the school and the homes of some families, seeking to exchange products for chuño and geese. One of these merchants started the community steadily. He was an adult man who introduced himself as “Martin” and claimed to be a native of Macachacra; He became known in the community by delivering his products. After a time, “Martín” and his friends managed to make friends with some families, winning their support and becoming compadres “for lifting newborns from the ground with various settlers.” In doing so, he managed to convince some to join the “people’s war” by holding meetings at the community school. Other community members began to suspect the true identity of the one they knew as Martin.2

The Peruvian Communist Party-Shining Path (PCP SP) was established this way in Uchuraccay under the command of «Martín», with some kind of support from the town teacher and some residents. By May 1982, the members of the PCP SP could have obtained the support of around fifteen residents. However, the PCP Sendero Luminoso failed to fully establish itself in Uchuraccay and impose itself on the traditional power structure. Tensions flared as members of the PCP SP increased their pressure on the residents, urging them to participate in their actions, especially the younger ones. Similarly, they sought to indoctrinate and organize the women of the town through the formation of a school.3

Shortly afterwards, the population captured «Martín» and five other young members of the PCP SP, including a woman. The young men cried for forgiveness and begged to be let go. “Martin” was the only one who did not want to. The authorities then decided to assassinate them; however, the community opposed this and decided to forgive them and let them go, warning them never to return. After a few days, during the celebration of the Virgen del Rosario festival, the PCP Shining Path placed a red flag on one of the hills, which was torn down and burned by the president of the community, Alejandro Huamán. These first actions of frontal rejection by the community in front of the Senderista presence were peaceful, but the situation changed when towards the end of November or the beginning of December the PCP Shining Path assassinated Alejandro Huamán, president of the community, as well as community member Venancio Auccatoma. Under the command of their traditional authorities, such as community presidents, varayocs, and lieutenant governors, the communities organized to violently confront the members of the PCP SP, meeting at the communal premises of Uchuraccay. This led to circa January 21, 1983 the inhabitants of Uchuraccay capturing and assassinating five members of the Shining Path.4

The news of the rebellions against the Shining Path terrorists in the Peruvian heights reached Lima, the capital. This was how a group of eight journalists from the Lima and Ayacucho media decided to travel to Huaychao (Uchuraccay), motivated by their disbelief at official information, with the desire to discover the truth of the events. They were journalists Eduardo de la Piniella, Pedro Sánchez, and Félix Gavilán of El Diario de Marka, Jorge Luis Mendívil and Willy Retto of El Observador, Jorge Sedano of La República and Amador García of Oiga magazine. At dawn on January 26, the taxi driver Salvador Luna—whom they had hired the previous afternoon—came to pick them up from their accommodation at the Hostal Santa Rosa. Half an hour later, after picking up Octavio Infante, editor of the Ayacucho newspaper Noticias, the vehicle made a brief stop where the travelers bought some provisions. At approximately 6:30 in the morning, after crossing the control of La Magdalena without difficulties, the journalists left the city of Ayacucho behind without imagining that they would never return.5

Around 8:30 in the morning, two hours after leaving Ayacucho, the journalists arrived in Yanaorco, after making a brief stop in Paclla where they had breakfast and took some photographs. As planned, the journalists asked the taxi driver to drop them off a little beyond the Tocto lagoon, at a point on the Huanta-Tambo highway where a trail used by the peasants in the area began its ascent towards the mountains, allowing them to get to their communities faster without having to get to Tambo. The group continued the journey on foot following this shortcut, guided by Octavio Infante García who knew this route and had relatives in Chacabamba. Upon arriving in that town, after a two-hour walk that was extremely tiring for some, they were attended by Octavio’s relatives. The journalists, after sharing a meal with them, told them of their intentions to arrive in Uchuraccay, and the Argumedo family refused to let Juan Argumedo García accompany them as a guide for fear of the killings they had heard about. Despite these fears, Juan Argumedo offered to accompany them to a certain point.6

A few minutes later, at approximately 11:30 in the morning, the journalists resumed the trip guided by Juan Argumedo, who lent a mule and a horse on which they loaded the briefcases and cameras. Uchuraccay came into view of the exhausted journalists. They had to finally reach their destination to get the necessary information and return home. As they descended, they began to hear screams of alarm throughout the town: “The terrorists are coming,” “The terrorists are coming.” The local authorities quickly left their houses to surround the group of outsiders, and other community members joined them, carrying their own instruments of work: sticks, axes, stones, and ties. Another group of peasants went after Juan Argumedo, who had only guided them to that section and had started on the way back to their home.7

The journalists tried to explain, still calm, that they were not terrorists. The word had been heard by the villagers only a short time before from the police, who had told them that they would always come by helicopter and in uniform, while the strangers who would come overland were the terrorists whom they should kill.

Dialogue was impossible. The journalists sought the mediation of a young man from the community, who was wearing city clothes and spoke Spanish, so that he would make the community members understand the reason for his visit. However, it was not possible. The young man, who tried to mediate the dialogue, was beaten by one of the authorities, accusing him of supporting the outsiders. Faced with this inability to dialogue, the journalists suggested that the authorities hand them over to the Tambo police. However, when that agreement seemed to have been reached, the community secretary ordered to kill them convinced he had captured terrorists. The killing was cruel and lasted no more than thirty minutes.8

Around forty people, including men and women, youth and adults, many of whom were under pressure from the authorities, would have participated in the killing. To those who did not, they sought them house by house to explain the reasons for their absence. For example, one of them was accused of continuing to collaborate with the PCP Shining Path and they almost killed him. Another, who was ill, had to pay for his absence with alcohol. That would be the drink they would take later to bury the corpses and watch that night against any eventuality of a Senderista attack. 9

The relatives of the journalists, like the rest of the country, did not know about the terrible fate that their relatives and compatriots had until Sunday, January 30. That day, the national police, journalists, and ecclesiastics, as well as relatives of the deceased, arrived in Uchuraccay to unearth their loved ones and take them back to the capital, where they were buried.

End note: This story is one of hundreds that reflects the terror that the communist party Shining Path caused in Peru. This story remains as a collective memory of the atrocities that should not be repeated, and that today more than ever we must fight against. To this day, the pain remains tangible in the memory of the inhabitants of the affected areas by Shining Path, and thousands of Peruvians live to this day in the hope that their families will return home.

My name is José Chaman, I am from Trujillo, Peru. I am an StMU 2023 student with an International and Global Studies, and Economics majors, and a Business Administration minor. I am interested in history and politics of Latin America and hope to work as a diplomat for my country and in the United Nations. I love to read, write and play the guitar. My main purpose is to help those in need, for me, service is the best way to create an egalitarian world.
Author Portfolio Page