A Crisis in French Cuisine: Are the French Trading Quality for Presentation? 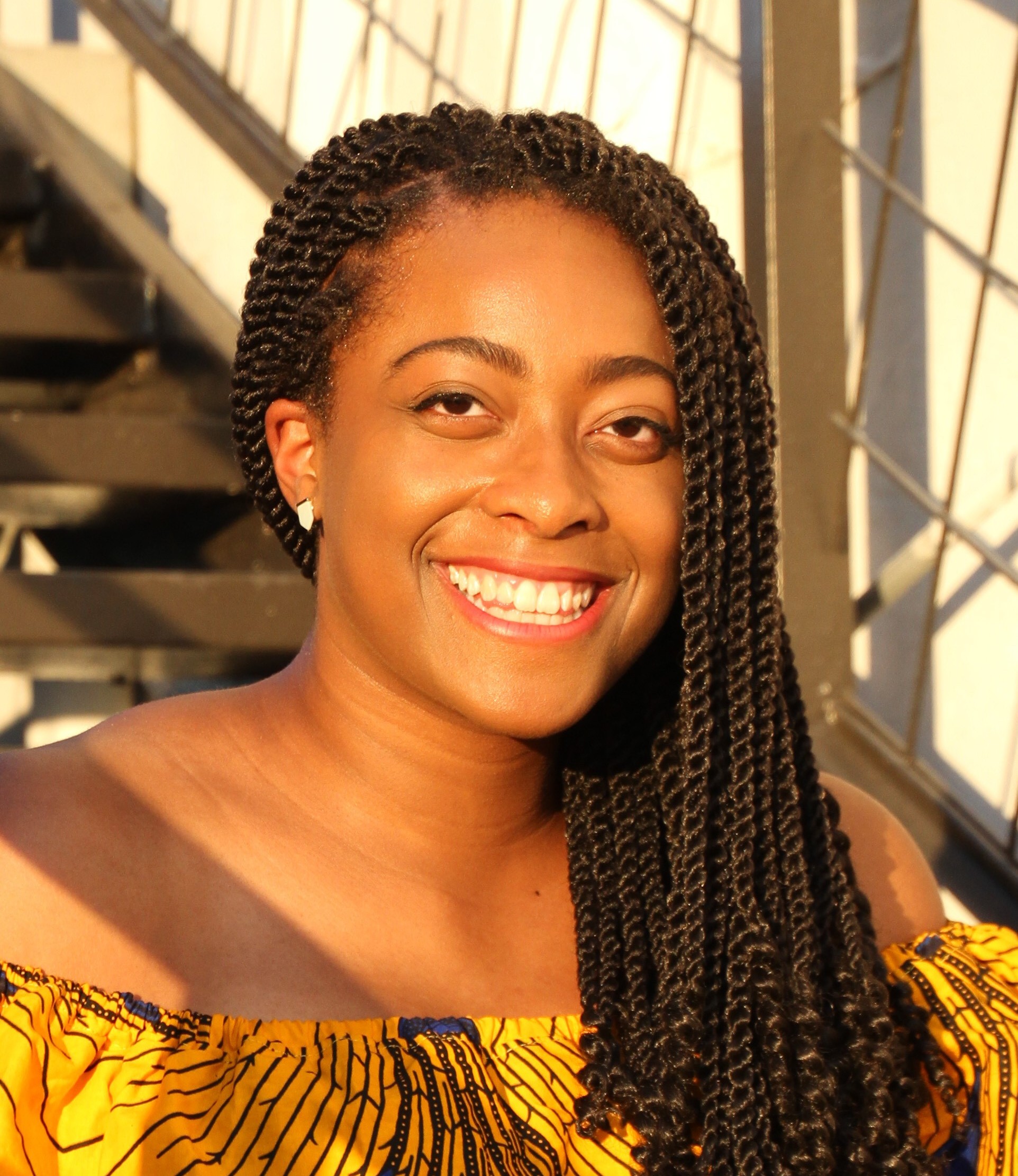 When we think of fancy foods, French food usually comes to mind. French cuisine and cooking techniques have dominated the cooking scene world-wide, but have they rightfully earned this position? French chefs strive for perfection in every aspect of their cooking, most of which shines through their style of food presentation. They highly value presentation and have effectively used it to attract customers and to sell their foods for decades. Can the French keep their seat at the head of the table entirely based on how good people say their food is? If you were to have a spontaneous survey asking people whether French food is good or not, you would probably get mixed responses. A few might complain that French food is overrated and others might praise the French for their innovative approaches to cooking. Even though we might land on different sides of the question, many of us can agree to having had pleasantly delicious French dishes. Buttery, flaky croissants, soupe à l’oignon (French onion soup), fragrant baguettes, or a plate of ratatouille are easily favorites across the board. When we think of these dishes, the pictures in our minds probably are not that fancy, unless you’re thinking of a plate of confit byaldi being prepared by a rat in movie. Although these traditional French dishes don’t necessarily seem too fancy and elaborate to us, they have earned their rightful places at our tables purely for their deliciousness and rich quality. However, some French restaurants have begun to slip from their usual high standards of perfection in French cooking. The focus has shifted from producing both high quality food and high quality presentation to high quality presentation with often lower quality foods.

But what exactly does quality mean in French cuisine? For the French, quality means technique. The French have introduced long-standing techniques such as flambéing, braising, poaching, and sautéing. These techniques have become the standard for kitchens across the globe and are used daily in restaurants to prepare a variety of dishes, many of which are not even of French origin. Just think of all the delicious soups that get all their flavor from using the technique of sautéing to highlight the wonderful flavors of the base ingredients! In French cooking, quality also means fresh ingredients. Choosing good ingredients is the first and most important step to making good food. French cuisine has heavily relied on the freshest ingredients gathered from local farms to create dishes with the highest of quality. Their cheese, butter, and milk largely comes from grass-fed, hormone-free cows making their dairy some of the healthiest to consume. Open air markets provide chefs with choice garden-fresh fruits and vegetables to create dishes boasting the most spectacularly bright flavors.1

Of course, with the popularization and high demand of French food, the sole use of straight-from-the-farm ingredients has to be slightly compromised in order to meet customer demand.2 This does not mean quality should be an afterthought, but it is undeniable that there are some French restaurants and bakeries that will hide their sub-par work behind the pre-established reputation of a dish and much too high prices. It’s no secret that it is getting harder to find authentic and satisfactory French food. As of 2019, France has become the largest European market for McDonald’s, which has invited many other fast food options to saturate the French restaurant scene.3 Because of the fast-food culture that dominates the food world, many French-based bakeries are struggling to produce food that lives up to the high standards of traditional French cuisine. Several bad French eateries have gotten good at masking poor food behind presentation, leaving their customers feeling cheated because of how overpriced and disappointing the food is.4 This would lead some to say that the French have completely thrown good food out the window, having put more effort into food presentation rather than focusing on the quality of their food. However, bad restaurants that cut corners shouldn’t cloud the fact that a majority of the French really do strive for perfection in their cooking and food presentation.

A study done by students at Monte Clair University and the Culinary Institute of America explained that a meal and the foods comprising that meal are liked better if they are plated in an attractive way than if they are plated in an equally neat, but less attractive manner.5 High-end French restaurants are fully aware of this fact and know how to use presentation to its fullest potential. Knowing their customers would be more inclined to purchase and eat a dish that is beautifully presented, they spend time carefully plating their foods. This is known in French cooking as haute cuisine, a type of cooking that focuses on the preparation of high-quality ingredients to create high-quality food all while following the style of traditional French cuisine. This is where Marie-Antoine Carême, the creator of haute cuisine and pioneer in the creation of presentation in French cuisine, enters the scene. He greatly influenced not only the basics of French food, but also stressed the importance of food presentation. For French baking in the 1800s, pastries were made mainly for the wealthy, making it completely understandable that presentation and freshness was vital in the sales made. However, in his teens, Carême was inspired to take presentation to an entirely new level. He knew very early in his career, that before we even taste food we judge its appearance; so he made every effort to master his food presentation.6

Carême spent long hours in the library studying architecture and spent the remainder of his time in the kitchen, applying what he learned to arrange magnificent architecture-like creations made of pastries and sugar.7 He was known for well documenting his journey in the kitchen, having written many cookbooks in his lifetime. He encouraged people to try his techniques for themselves at home. His invention of haute cuisine was one of his many great accomplishments. Haute cuisine permanently impacted French cooking and presentation, and has lived on in our modern kitchens, encouraging chefs to push the boundaries in presentation.

In addition to being a trailblazer, Carême was also awarded opportunities to cook for lords, princes, and ambassadors from all across Europe, some of the most notable royalty being Emperor Alexander I of Russia and Russian Princess, Catherine Bagration. His work for these notable individuals awarded him the status of “first celebrity chef.”8 Because of French cuisine’s association with high class, Paul Freedman, a professor at Yale University, believes French cuisine’s association with snobbery has only contributed to its demise.9 The French obviously have extremely high food standards, but this doesn’t make their food snobby. However, some might turn their noses up at French food because of the snobbery it is associated with. Henri Soulé, the owner of the famous Le Pavillon and La Côte Basque restaurants in New York City, had a part in creating a culture of snobbery. The food he made was nothing short of incredible even having critics labeling his food as “fit for the gods.” However, with the elaborate foods regularly made in his restaurants, Soulé began to miss the more ordinary foods of France. He began preparing simple French dishes and placed them as off-menu items only to be served to those he thought could truly appreciate real French cooking. His favor for certain customers began the trend of social discrimination and snobbery in many high-end French restaurants.  However, the snobbish behavior of some French restaurants shouldn’t muddy our perception of their food or be a reason to assume it is on a rapid decline. Through their cooking and careful choice of ingredients, we can easily see the French strive for excellence not only in these areas, but also through flavor.

Some prefer spicy Indian foods, while others can’t get enough of tangy Mediterranean dishes. The French are those who gravitate toward simple flavors, most of which are derived from ingredients many of us have in our pantries. For example, Carême’s mother sauces of espagnole, veloute, bechamel, and hollandaise are based on stocks, flour, butter, eggs, and milk. Anyone can easily walk into their pantry and find every ingredient for a majority of these sauces! Of course, when the mother sauces are being discussed, Auguste Escoffier deserves to be mentioned. Roughly 100 years after Carême’s time, he updated the list of sauces with the addition of tomato.10 Considering how much flavor comes straight from their ingredients and the cooking techniques used to maximize those flavors, it is understandable that these sauces are mild and meant to be used as a building block in French cooking. But repetitive sauces and ingredient combinations might be why some will complain that French cuisine is overrated. The mother sauces are bland and flavors have become predictable. The French have clearly been set as the standard for high quality food and with this comes with the ability to brand themselves and give their customers the experience of belonging to a higher social class. When you go to a fancy French restaurant, you are not only paying for the food, but for the aesthetic quality and the security that the food will be up to their standards of quality. French food can be overrated compared to foods around the world similarly the way Apple’s iPhone can be seen as overrated compared to other smart phones. Yes, the quality of French food and Apple products alike is good, but we can all agree that a fancy plate and photo-worthy presentation isn’t essential to display the quality of French food, just like a phone without an Apple logo doesn’t make it any less modern or capable. This brand the French have created for themselves might be why many of us don’t think twice about what we are being served and can overlook things like low quality when we’re so focused on capturing the perfect photo for our social media. Presentation, although captivating, can distract us from the bigger picture, which is the quality of the food we’re eating. When presentation is subtracted from the recipe of French cooking, is it as good as people say it is?

This answer would simply boil down to personal flavor preferences. Regardless of preference, supportive or discouraging, French cuisine deserves to be recognized for what it is—a cuisine based on quality ingredients, prepared with state of the art techniques, all enhanced by eye-catching presentation. Lousy French restaurants using presentation to their advantage only to hide half-baked efforts should not be used as an example for what French cuisine is. French cuisine values the patience and care taken to gather and prepare quality ingredients to create exquisite food that has people flocking world-wide so they too can taste food fit for royalty.

I am a student at St. Mary’s University majoring in Forensic Science and minoring in Biology. I will graduate in the class of 2024. I am adamant about food and learning the history behind various dishes, all of which is found in my love for baking, research, and writing. My favorite cultures behind different dishes to research are the Greek, French, and Mexican. I believe having a better understanding of the origins of a dish helps one to enjoy it even more.
Author Portfolio Page