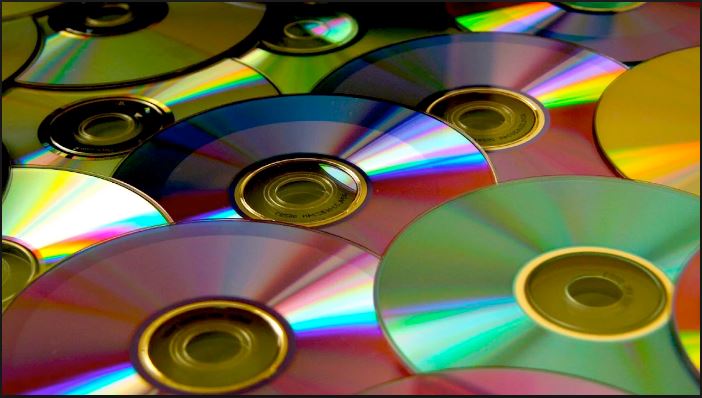 What comes in your mind when you hear about the CD’s i.e. the compact discs. Are they still useful or are they outdated? As the field of technology is exponentially advancing with new gadgets, like memory sticks and portable hard-drives, most of us consider CD’s to be less important in our present generation. However, if we are to talk about the CD’s some decades ago, people considered them to be one of the most important discoveries in the world. CD’s are the results of numerous experiments and trials and errors, and although they seem to be old fashioned today, we still use them for various purposes.

The story of the CD started in 1957 with experiments involving the rudimentary video disc, by the Italian Antonio Rubbiani, who inspired an entire generation of scientists to consider the digital technology line. After twelve years, Philips came up with the idea and started working on the Audio Long Play (ALP) disc that used laser technology and rivaled traditional analogue vinyl records. The APA disc was small, occupied less space than LPs, and played for longer durations than its vinyl counterparts. However, the steps taken were not so effective.1

Later, a Dutch scientist named Klass Compaan of Philips Research conceived the idea for the CD. He teamed with another scientist, Piet Kramer, who together introduced the first color videodisc prototype in 1972.2 As the ideas and experiments for digital disc technology continued, in 1978 the project took a new pace on a more serious note. Philips launched the Compact Disc Project. Philips, by then, had started paying more heed to the work done by its digital audio research department. All this research into the project led to a very interesting juncture. As Philips had already released the commercial laser disc player into the market, the company was far ahead of its competitors in terms of the physical design of the compact disc. However, Philips had one major problem. The company lacked the experience of digital audio recording to develop the compact disc any further.3

This is when Sony came into the story. Sony, who was also working at a Compact Disc, had a problem of the exact opposite nature to contend with. It had over a decade of experience in developing and implementing the best digital audio circuitry, but the company lacked the knowledge for making the actual physical CD. As a result of these developments, Sony and Philips stunned the world in 1979 with the announcement that both companies would work jointly for the development of Compact Discs during a conference in Japan. Thus, a new deal was forged, and the two companies worked together for the next couple of years.4

Engineers at Philips concentrated on the physical design of the disc. Philips concentrated on reading the information from the pits on the disc surface using laser technology whereas Sony’s digital technology specialists worked on the analogue to a digital conversation circuit, with the major emphasis on encoding the digital signals and designing the error correction code.5

In the year 1980, Philips and Sony, in general acceptance of certain specifications regarding the CDs, brought out the Red Book. The Red Book is the 1980 document that provides the specifications for the standard compact disc developed by Sony and Philips. The name was attributed to the color of the cover of the first publication. The Red Book contained specifications that included the size of the disc, the recording details, the sampling, and other standards, many of which remain unchanged to this day.6

In the process of development, the size of the CD also has an interesting story to it. Philips came up with an idea of 115mm CD, but the idea had to be shelved because Sony insisted that the longest musical performance should fit on the disc. Therefore, to fit the longest recorded musical performance at 74 minutes, the size of the CD was increased to 120mm.7

Soon after this, Sony and Philips parted ways and started working separately, trying to produce their own CD-drive equipment. The first commercial CD drive was released a month earlier than Philips’ by Sony on October 1, 1982, making it a notable event in the history of CD development. The CDP-101 Compact Disc Player by Sony hit the market first in Japan, followed by Europe. It did not reach the shores of America until the early part of 1983. Sony beat Philips once again for a second time when it released the first portable CD player in the year 1984.8

Well, a CD is a piece of technology composed of many layers, which consists of a poly-carbonate substrate that has been stamped with data from a master, with a metal reflective layer and a protective top coating. It is a system for data storage, in which digitally encoded information is placed in the form of microscopic pits on this rotating disk, which is accessed by optical readout. Data on a CD is recorded by creating microscopic pits along a single track on the metallized surface, whereas playback is incorporated by a red laser beam reflected onto the surface that measures the pits and translates them into binary information.9 The compact disk was originally developed as a music carrier providing high fidelity, random access, convenience, durability, and low cost. Its attributes made it suitable for storing diverse data from video programs to computer software and storage, and improvements allowed record-ability and erase-ability.10

In 1983, over 800,000 audio compact discs were sold. For the first time in 1988, CD sales surpassed LP (Long Play vinyl) record sales.11 Each year, sales increased exponentially. In 1985 over 100 million CD’s were sold and every major electronics supplier was forced to move into the CD market. Sales for the next year were around 150 million, and the demand for CD’s overshot supply. Disc manufacturers reported that they would have sold thirty percent more if they could have made more discs.12

In the USA, music buyers were spending around thirty-five dollars per CD Record. The country had 11,000 record retailers, and 75 percent of households had one or more CD players. Some 85 million CD’s had been sold in the preceding ten years, with the average price declining from 23 to 14 euro over that period. Although CD-ROMs have become the primary data storage and distribution media during the 1990’s, the next generation in storage was the Digital Video Disc or Digital Versatile Disc, commonly referred to as DVD. The DVD standard was introduced in September 1997.13

The compact disk was originally designed as a music carrier. Subsequently, the format was extended to different forms as the standards evolved. Furthermore, CD’s would create an even greater impact on the world of computers. Newer formats that used the compact disk as their basis included the recordable CD-R and erasable CD-RW formats, and the multimedia DVD format.14 Changes in recording techniques allowed for specialized uses, such as the CD-ROM (Compact Disc Read-Only Memory) for use in computers. CD-ROMs were able to hold a wide variety of multimedia data such as video, text, animation, graphics, and audio, and were readable by personal computers.15 Furthermore, technological innovations such as the improved pinpoint light-focusing ability of the blue-violet laser beam and higher transfer rates of players and recorders has raised the capacity to nearly thirty gigabytes of data on one shiny disc.16

In the present context, CD’s are used for many other purposes than storing information. The development of interactive media in the form of interactive compact disk (CD-I) is one of the major successes. Basically, interactive CD is a form of information technology that has grown in popularity in the world of education. It is expected to make it easier for students to comprehend the material while also making the learning process more flexible and interactive.17

Compact discs have huge scope in the field of health as well. The establishment of Health Diagnostic Compact Disc is one of the major findings. More particularly, the invention provides methods and reagents for producing a micro-fluidic compact disc that can be utilized with a standard computer compact disk drive to identify biological cells in a patient sample. The ability to identify and measure the patient cells applied to the HDCD with a standard computer compact disk drive eliminates the need for expensive or sophisticated diagnosis machinery. In yet another aspect, cell counting using the HDCD helps determine the effectiveness of chemotherapy, athletic ability, or athletic stamina.18

To sum it up, CD’s are one of the most important scientific discoveries in the past century. The massive jump from 1.44 MB of the floppy disk storage to the 700 MB of CD’s were ground breaking and revolutionary in the field of computers. It has not only improved the storage and recording system, but also has built a strong foundation for many other fields. Moreover, CD’s continue to evolve from simple to many formats and continue to find different uses although other alternative storage devices are also being introduced. Furthermore, CD’s can also be recycled. They are recycled into a high-quality plastic for a variety of uses, including automotive industry parts, raw materials to make plastics, office equipment, alarm boxes, street lights, and more. Therefore, there are endless possibilities for a CD.