Pressures of War, Security and Rights, and the Decision to Relocate Japanese Americans during World War II 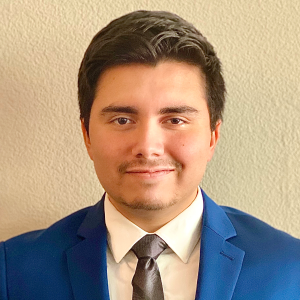 BOOSH…In an instant the United States naval base, Pearl Harbor, was attacked by Japanese military planes; hundreds of U.S. military personnel, as well as U.S. civilians, were killed. The country was shaken to its core, even President Franklin D. Roosevelt. President Roosevelt wasted no time on that afternoon and evening of December 7, 1941. Within mere hours, President Roosevelt established a War Council meeting to address his most trusted officials, informing them that entering the war had now become a reality. After that War Council meeting, President Roosevelt was in dire need of rest, to recover from the news of the bombing, so much so that President Roosevelt required his otolaryngologist to treat his inflamed and swollen nasal passages. Even though the attack was clearly taking its toll on FDR, he only rested for a short period of time before calling three more meetings, which lasted through the night and into the morning of December 8, 1941.1

After the meetings with the President’s staff in the morning of December 8, Roosevelt addressed Congress in one of the most historical speeches in American history, declaring that the day that Japanese attacked Pearl Harbor would be a “date which will live in infamy.”2 Then, President Roosevelt leveraged the infamous attack to justify a declaration of war on Japan to avenge the fallen. In response to Roosevelt’s overwhelming passion, as well as the country’s anger and vulnerability, the majority of Congress passed the declaration of war on Japan. With the passing of the declaration of war, it was made clear that the request for war was limited to Japan because their military had acted alone in the bombing. Roosevelt, however, really wanted to go to war with not only Japan, but also with Germany and its ally Italy. So, in order to rage war on Hitler and all of his allies, Roosevelt had to put pressure on Hitler using one of his official radio addresses to the public. These official radio addresses were known as “Fireside Chats,” which Roosevelt had begun at the beginning of his presidency in 1933. In these radio “chats,” President Roosevelt provided comforting and informative words to the American public so that they could have some reassurance. Two days after the attack on Pearl Harbor, Roosevelt gave his highly anticipated “Fireside Chat,” where he stated that “Germany and Italy, regardless of any formal declaration of war, consider themselves at war with the United States at this moment, just as much as they considered themselves at war with Britain or Russia.”3 Such a statement immensely added to Hitler’s reasons for finally declaring war on the U.S. on December 11, 1941.

Prior to the bombing of Pearl Harbor, almost all of President Roosevelt’s “Fireside Chats” were about how the U.S. needed to stay out of the war. So, one might think that American citizens would be angered at President Roosevelt’s flip to engaging in the war. But in fact, a large majority of American citizens stood behind Roosevelt in engaging in the war. Thus, when the United States officially entered the war, everyone, even the people who claimed to support isolationism, found some relief in the fact that the country was taking steps to avenge their people. Though, all reliefs could not be quelled with the action of war, due to the simple fact that a majority of U.S. citizens still felt high levels of vulnerability because of their “enemy,” the Japanese-Americans, being their next-door neighbors. Now, Japanese-Americans had long been a disliked and unwelcomed people long before the Japanese attack on Pearl Harbor. Their coming to America and taking jobs from the already existing U.S. citizens had long stirred zenophobic anxieties. 4  So now with a Japanese attack having taken place on U.S. soil, those anxieties rose even higher against the Japanese-Americans. Many of these Japanese-Americans were intuitive enough to realize that resentment was coming, and went to great lengths to either reassure their fellow U.S. citizens or hide from them. For example, Saburo Kido, the president of the Japanese American Citizens League (JACL), took the initiative to send a telegram to President Roosevelt informing him that “Japanese-Americans are stunned and horrified at…[the] unwarranted attack by Japan upon American soil, our country. We want to convey to you that we unequivocally condemn Japan for this unprecedented breach of good faith.”5 Kido even pledged that the JACL would do everything possible to assist in “the defense of [their] land against this attack [and relinquish their] fullest cooperation” to President Roosevelt and the United States. Although Kido and the JACL relayed some reassurance to President Roosevelt, they were not successful in squashing the rumors about Japanese spies in America. Somehow newspapers got a hold of “evidence” proving that Japanese spies were to blame for Pearl Harbor, and many citizens believed them without a doubt, because they wanted so badly to see the Japanese-Americans as the enemy. Such negative sentiment was fueled by newspapers that ran headlines like “Slap the Jap Rat,” and consequently drove Japanese-Americans into hiding by claiming that they were of another Asian ancestry, so that they could avoid as much hatred as possible.

In short, Executive Order 9066 authorized the “War Department to designate certain land as military areas and handing it the right to evacuate from those areas anyone it deemed a threat,” though the order would go on to only be enforced against Japanese-Americans on the West Coast.8 Furthermore, February 19 was only the dreadful day that President Roosevelt signed Executive Order 9066. It wasn’t until March 9, 1942, when the order began to shatter thousands of loyal Japanese-American lives.9 The evacuation began with “Civilian Exclusion Orders” posted in all areas with Americans of Japanese ancestry, detailing what to do as far as belongings and where to go. Ultimately, the Japanese-Americans cooperated because they felt it was the simplest way to reassure the country that they were no threat. Though, just because they cooperated didn’t mean that the U.S. military went easy on them. In fact, one of the harsh requirements on all Japanese-Americans was for them to sell their property because it was deemed that they would no longer need their property. From here, the Japanese-Americans would live in military internment camps that were located in unirrigated deserts that left them to suffer in scorching heat or icy cold weather. Ideally, these camps were built to allow the internees to go about their lives working and learning, but just in a military and barbed wire area. Now, there were no gas chambers or crematories, but internees were still abused and occasionally killed under mysterious circumstances. So, no, these camps were nothing like the German Death Camps, or even German concentration camps that existed at this same time; but they were nonetheless a nightmare for Japanese-Americans, and a complete violation of their rights as citizens of the United States. 10

My passion is helping and caring for others. I do my best to apply my passion into everything I do. I am currently focusing my passion as an Accounting and Data Analytics major to assist me in my pursuit of going to law school and eventually beginning a practice in Family/Probate Law. I enjoy spending my spare time with my family doing puzzles and playing baseball.
Author Portfolio Page

The Joker That Got Away: The Untimely Demise Of Heath Ledger

“Why so serious?”1 A quote from the Joker in the movie The Dark Knight, that many audiences felt