The March of the One Hundred Thousand: The Brazilian Student Protest of 1968 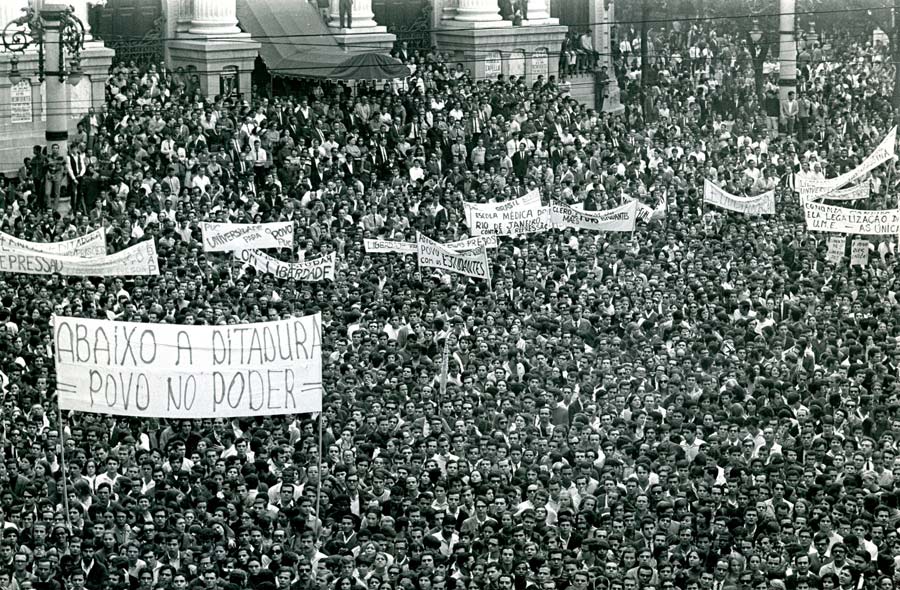 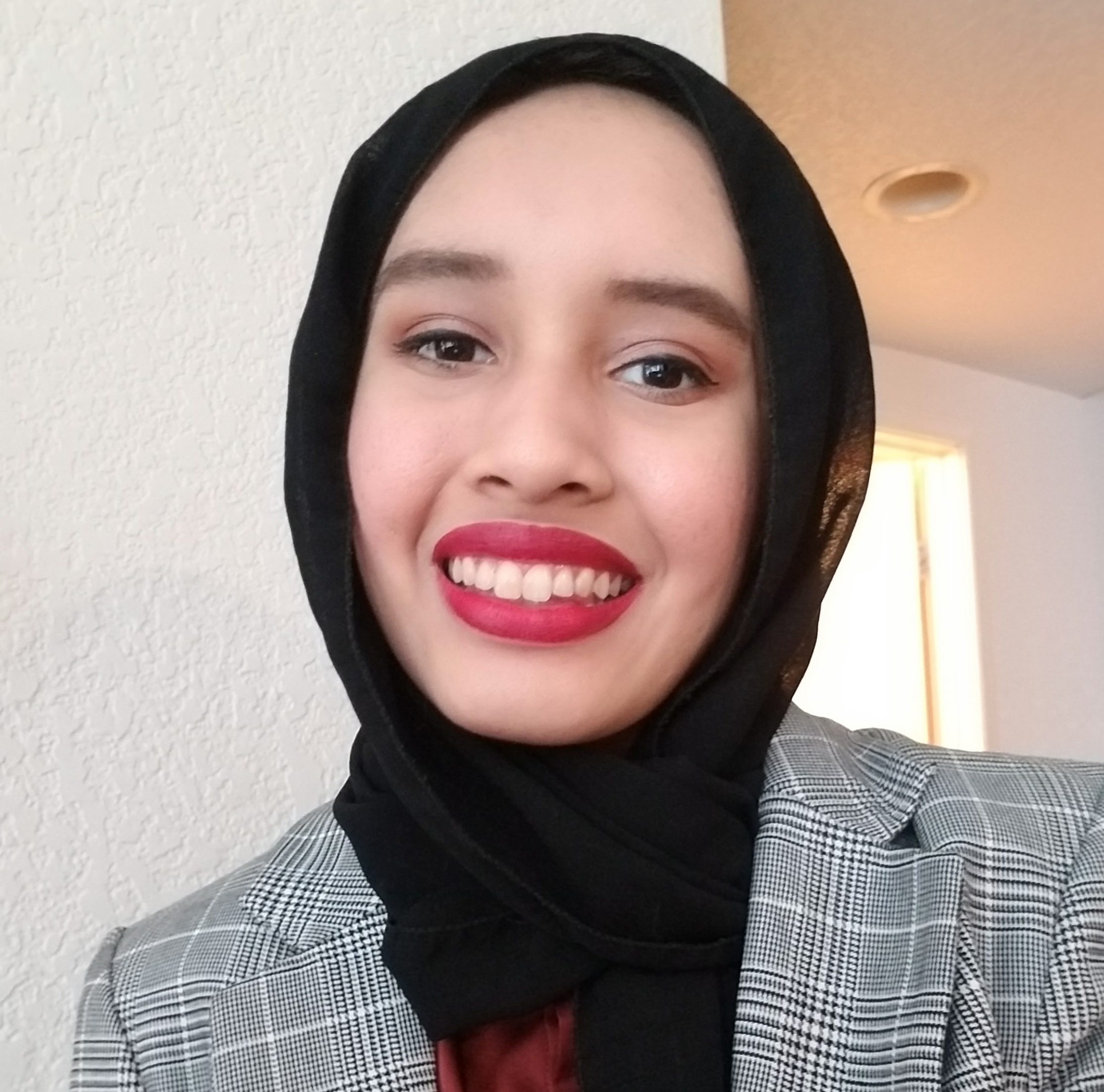 “The year that did not end.” “The year that ended badly.” “The year that ended a few weeks early.”1 For Latin Americans, this year was 1968. Tired of years of brutal dictatorship, censorship, and corruption, people — especially college students — fought police, rioted, and marched throughout Central and South America. Though many of these protests were violent, one of the largest to occur was in fact peaceful. This was the March of the One Hundred Thousand (Passeata dos Cem Mil), which occurred in Rio de Janeiro, Brazil. As its name suggests, the protest was comprised of 100,000 people, including college students, faculty, and ordinary workers. This mass protest might be new to you if you live outside of Latin America, but for Brazilians, it is possibly one of the most memorable events in the country’s history. And it started with college students as young as eighteen.

The story begins four years before the march, in spring 1964. At this point in time, Brazil was under much pressure due to increasing tension between the political left, including the democratically elected president João Goulart, and right, including the military, which had been calling for a military government rather than a democratic one. The military conspired to remove Goulart from office, and on April 1, carried out a coup d’état. In place of Goulart, the military appointed General Humberto Castelo Branco as president, and Brazil’s era of dictatorship began.2

The ensuing dictatorship instituted a repression of free speech through the prohibition of public protests and assemblies. Any militant leftists who plotted against the new government were arrested and tortured, killed, or exiled. And in order to prevent militants from grouping together in the first place, the military intervened in any institutions that might encourage them—including colleges and universities. Rather than subdue them, however, these actions only continued to provoke students. Some advocated for democracy, but others believed that communism was the only solution to Brazil’s deteriorating state. Despite the economic miracle Brazil experienced in the 1960s and 1970s, income disparity increased during this period. As a result, many working-class Brazilians advocated for the economic equality offered by socialism. In fact, U.S. presidential candidate Nixon’s daily briefing from October 10, 1968 expressed the Cold-War era concern that, though Brazilian students were fighting for “badly-needed educational reforms,” far-left groups such as “Communists, Trotskyites, Castroites…have been quick…to exploit the student grievances.”3 These extreme groups, as well as any political parties not established by the government, were illegal, and the military either tortured or killed anyone found to have been a part of them.4

As military repression continued, officials became confident that they would maintain their control. On March 27, 1968, General João Dutra de Castilho announced with confidence that student demonstrations had little chance of disrupting the four-year anniversary of the military coup d’état. He was wrong. Exactly one day later, Edson Luis de Lima Soto, a poor student only in secondary school, was murdered before he could make it to a public demonstration. Though many details about the incident remained unclear, one thing was certain: The Brazilian police had shot Edson Luis in the heart, killing him immediately. Students were outraged. At Edson Luis’ emotional funeral, they covered his body with a Brazilian flag and surrounded it with handwritten signs, reading “Here lies the body of a student killed by the dictatorship” and “This is a putrid democracy.” This marked the beginning of a new wave of protests in spring and summer 1968.5

Over the next few months, the protests increased in intensity. It was not uncommon to see young men and women standing in the street, throwing at the police any heavy objects they could find, from rocks to marbles to even typewriters and music records. Others would protest peacefully, holding signs referring to Edson Luis’ death as a symbol of the cruelty of the military regime. Regardless of the nature of the protests, though, violence against the students increased. The violence reached its peak on June 21, known to Brazilians as Sexta-Feira Sangrenta (Bloody Friday). During the clash on Bloody Friday, three were killed, dozens were injured, and a thousand were arrested. The events caused so much anger among Brazilians that, under pressure from the public, the military finally made an agreement: It would allow a protest to occur with no police interference.6

“March of the People Reaches 100,000,” read the headline of the Correio da Manhã a week later. On June 26 in Rio de Janeiro, the protest, led by student Vladimir Palmeira, had been allowed to occur as promised. Within a single day, it gained as many as 100,000 participants, including students, faculty, celebrities, clergy, and many others. As the crowd marched, the police watched uncertainly, waiting for the riots—for the rocks, for someone to shoot. No one did. The demonstrators chanted, held signs, and walked, but never fought. The Brazilians’ largest expression of their desperation, their frustration, their desire for political change, was peaceful. This type of protest was unique in that it allowed students greater freedom of expression than riots had; their political opinions were more clearly and openly expressed than they had been during the chaos of violent protests. For instance, many students were heard chanting the words “UNE” and “UME” (both names of leftist student organizations) as they marched. This alone brought about unease within the military. In fact, the police would go on to warn that “authorities should be attentive, as it is well known that within [the organizations] can be found the most recognizably subversive elements.” Police saw the March of the 100,000, a rare expression of the public’s political views, as a warning that Brazilians would rebel as soon as they were given the opportunity. This was proven within the next few weeks, when similar marches, such as the March of the 50,000, appeared throughout Brazil. Political speech extended into popular culture as well. In September, the famous protest song “Pra Não Dizer Que Não Falei das Flores” (“So They Don’t Say I Never Spoke of Flowers”) won second place at a song festival. Clearly, the march had a powerful effect on Brazilian society, one that refused to be silenced by the dictatorship. Government officials had to act if they were to retain control. They would have to repress free speech as much as possible—even peaceful speech. 7

To silence the public, president Artur da Costa e Silva issued the Fifth Institutional Act in December. Known as AI-5, the infamous act imposed a number of drastic changes to the Brazilian government: closing Congress indefinitely so that the president had total control over laws; granting the president the ability to “suspend citizens’ rights for a period up to ten years”; depriving citizens of the right to organize against the government and the right to habeas corpus, or a trial before a judge; and imposing censorship on public speech and media. AI-5 essentially took away any right that could enable citizens to repeat the March of the 100,000—unless they wanted to be tortured and executed.8 Thus, 1968 ended “a few weeks early.” Gone was the era of riots, of throwing stones at the police and shouting “UNE” and “UME” in public.  The Years of Lead, as the most repressive years of the Brazilian dictatorship were called, had begun.

With the institution of AI-5, the Brazilian Miracle soon ended, and the economy plummeted. Brazil’s debt rose significantly in the 1970s, forcing the military government to give up isolationist policy in favor of reaching out for foreign help. However, these changes were slow and did little to stop the growth of poverty, debt, and inflation over the next decade. It was not until the 1980s when noticeable changes in government began to take place. For one thing, opposition groups became stronger as the government weakened due to the failing economy. Brazilian elites and even the U.S. (which had previously supported the dictatorship) expressed support for democratization. Under pressure, President João Figueiredo began the liberalization process called abertura (opening).9 The process began in 1979 and took about six years. The military decided to slowly begin democratizing elections, thinking that it could maintain power throughout the process. In 1983 and 1984, however, this belief was proven wrong. The public’s voice had grown so strong and loud that the military gave up interfering with elections. In 1985, Brazil elected its first civilian president in eleven years.10 This major step forward was soon followed by the ratification of a new constitution in 1988, one that established freedom of speech, outlawed torture, and legalized peaceful assembly.11 Brazilians were not only free from the military government they had fought for so many years, but also had the power to protest injustices committed by the new government.

Democratization did not solve the problems faced by many Brazilians, and to this day, documents that could be used to prosecute officials associated with human rights violations remain classified.12 Remnants of the dictatorship can still be found in modern-day Brazil. However, it is important to note that the country might not have changed at all if not for the March of the 100,000. This one event, sparked by the desperation of everyday college students, was powerful enough to intimidate Brazil’s own military. In response, the military attempted to silence the public entirely, and failed so badly that it ultimately had to give up. The March of the 100,000 thus demonstrates the power of mass protest. Without it, Brazil would not have been the country we know today. Likewise, without the countless other mass protests of 1968, perhaps the world wouldn’t be the one we know today.

If you’ve ever doubted your ability to change the world, remember: The students of 1968, despite their age and lack of political power, did.

I am an International and Global Studies major with a minor in Spanish and a concentration in Latin American Studies (class of 2022). I am interested in all kinds of historical research, though especially passionate about environmental issues, civil rights, and languages.
Author Portfolio Page