Emmett Till: The Opposite Ends of the Race Spectrum in the South 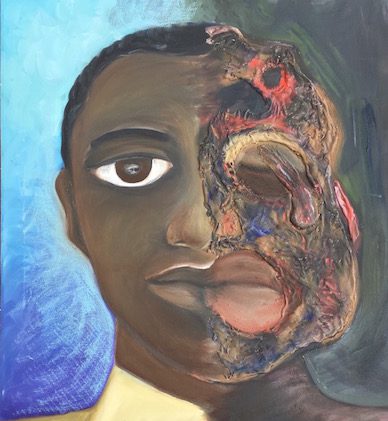 Emmett Louis Till was born and raised in Chicago, Illinois, which is situated in the northern part of the United States where racism and discrimination were much less overbearing when compared to its southern counterparts. Desiring a vacation, Mamie Till, Emmett’s mother, sent her fourteen-year-old son down south to Tallahatchie County, Mississippi to stay with his uncle, Moses Wright. To his detriment, Emmett didn’t grasp how fundamentally different the South was as compared to the North, especially Mississippi, who led the nation in race-related murders in 1955. Emmett did not “hang his head” or add “the customary ‘sir’” when talking to white storekeepers. He was just completely naive to the ways and culture of the South. Unfortunately, this would come back to torture him sooner rather than later, as he wouldn’t even last a month in the South.1

On August 24, 1955, Till and several other teenagers drove down to Money, Mississippi and stopped at a grocery store owned and operated by Roy and Carolyn Bryant. Roy Bryant and his half-brother, J.W. Milam were away trucking shrimp to Texas, leaving Carolyn and Milam’s wife, Juanita at the store. After being egged on by the local black teenagers to ask Mrs. Bryant on a date, Emmett, falling victim to peer pressure, entered the grocery store. He bought a pack of gum, then foolishly, he grabbed her hand, flirted with her, and asked her out for a date. She yanked her hand away and ran to the back of the store in search of a gun. Realizing the imminent danger, one of Till’s cousins grabbed him and dragged him out of the store. As he was being dragged away, he wolf-whistled at Mrs. Bryant. Unfortunately, this wasn’t the last time Emmett saw a Bryant. This was only the beginning.2

In the early hours of August 28, upon learning about the incident, Roy Bryant and J.W. Milam went to the Wrights’ residence and abducted Emmett. They brutally tortured him, murdered him, and dumped his body into the Tallahatchie River.

Racism is prejudice, discrimination, or antagonism directed against someone of a different race based on the belief that one’s race is superior. This ideology/societal pressure was overwhelming on the African-Americans of the United States South. This part of the U.S. had attempted to secede from the country in order to protect its culture and its oppressive nature over its African-American population. The oppressive pressures of the Southern culture for centuries subdued Black southerners, instilling fear in their hearts and minds. For instance, in Mississippi, the Ku Klux Klan was newly revived and African Americans were impoverished. The barriers separating Black and White southerners were strictly enforced by the threat of social violence from groups such as the KKK. In the 1950s, Black Mississippians experienced the fruit of Jim Crow laws, as everything was segregated from bathrooms to jails to schools to water fountains to public transportation.3

And the oppression ran deep in the veins of Mississippi as Mississippi led the nation in race-related murders in 1955. Mississippi was a place where exercising your right to vote as an American could get you killed in cold blood if you were a Black southerner. For George Lee and Lamar Smith, this was reality for the two activists who both tried to vote. Both men’s activism in working to get other African-Americans registered to vote had gotten them killed. In Lamar Smith’s case, he was shot dead on the courthouse lawn while urging African Americans to vote in a local run-off election. No one was prosecuted. The assailant ran free. These political assassinations received little press coverage. These cases showed black southerners that if they even tried to vote, they would be killed, and their deaths would be in vain, as there wouldn’t be an outcry in the news, as the southern, white-owned newspapers didn’t care. Additionally, there would be no repercussions for the murderers as the police wouldn’t care to investigate. When a black person was stolen from or lynched, local law enforcement did “little to investigate and bring a culprit to justice.” On the contrary, if the prime suspect or suspects of a criminal investigation were black, their guilt or innocence “mattered little.” A black southerner was “guilty until proven innocent,” and evidence was often planted to gain a conviction. On top of all that, going through the court system, a black southerner would be judged by a “jury of one’s peers” as promised by the U.S. Constitution, which almost always produced an all-white, all-male jury who “wanted nothing more than to see a black person behind bars.”4 So, black southerners not only would be killed in cold blood and forgotten, but they would also be framed, convicted of a crime they did not commit, and left to rot in prison. “If you see a white woman coming down the street, you get off the sidewalk and drop your head. Don’t even look at her,” Mamie Till, a native of the South herself, warned her son before he left to Mississippi. This attests to the fear the southern culture instilled in the southern blacks as they wouldn’t dare provoke a white southerner, fearing the extreme ramifications.5

However, the Emmett Till case wouldn’t be forgotten. On the contrary, it would cause a great outcry. On the morning of that same day of August 28, the Wrights reported the abduction to the local police while one of the visitors in their home phoned Mamie Till. By noon, Milam and Bryant were arrested. They confessed to kidnapping the boy, but claimed they had released him after realizing he was the wrong person. They remained in jail on the suspicion of murder. Three days later, Till’s body was found by a fisherman in the Tallahatchie River. Till’s body was found brutally disfigured with a gin fan wired to his neck. Upon its discovery, Mamie Till demanded the body be sent home to Chicago. Here, she held an open casket funeral and let the world gaze upon not only the horror Till had experience but the reality of the oppressive nature of the Southern culture. Mrs. Till let newspapers take on the story.6

On Sept. 15, 1955, Jet, a nationwide, black-owned publication, ran photos of Emmett Till’s disfigured corpse galvanizing the nation as they were appalled by the severity of Till’s disfigurement. They cried. They shouted. They begged for justice. But, there was something else brewing in Mississippi.7

Compared to the black southerners’ experience, white southerners, the oppressors, had been benefiting from the constraints their culture placed on the African-American people as they lived in an environment structured to where African-Americans couldn’t even compete with them, not due to lack of ability, but due to the absence of opportunity and resources. In 1952, 10.2% of black Americans were illiterate, while conversely, only 1.8% of white Americans were illiterate.8 To this point, the social structure of the South has been based on “White Supremacy.” This ideology was protected and cultivated for so long through various avenues, such as slavery, where African-Americans were forced to work and be subject to abuse, or the Dred-Scott court case that labeled African-Americans property, or the Three-Fifths Compromise that declared African-Americans worth three-fifths of a person, or the many Jim Crow laws that effectively segregated the two races. For over 200 years, White Supremacy, the ideology that White Americans were superior to African-Americans, was permitted to cultivate and, as a result, deeply rooted itself into the culture and way of life of the South. The South’s way of life, time and time again, oppressed African-Americans as they were, first subject to abuse through the avenue of slavery, then later through the avenue of Jim Crow laws. White southerners experienced higher quality school books, higher-quality teachers, better seats on the bus, and the greatest power of all, immunity. They were immune to an entire race of people. They were completely unaffected by the actions of an entire race. Whatever they wanted, they got top priority over an entire race of people no matter the difference in skills and work ethic. They could terrorize African-Americans and demand submission, which is a testament to the power white southerners exercised over black southerners. Mamie Till, herself, warned her son to be mindful of this and simply do as they must. An underlying effect of the heavy discrimination in the South was its unifying effect on white southerns as they became closer, as they could all play under the umbrella of White Supremacy. Whether you were from Georgia, Mississippi or Alabama, as long as they were both white, they could acknowledge the other wasn’t black, therefore, they couldn’t be that bad.9

On September 19, 1955, Roy Bryant and J.W. Milam stood trial to a white male judge and a jury of all white southern men. Mamie Till took the stand stating that the disfigured body found was, in fact, her son’s. Next, Moses Wright took the stand. Mr. Wright had been in hiding ever since the incident and came out now to give eyewitness testimony. As the “white eyes” gazed upon him, Mr. Wright gave damning evidence as he rose up and pointed at Bryant and Milam, identifying the two as ones who abducted Emmett. Finally, a young sharecropper, Willie Reed, was persuaded to testify, despite his fear for his life. Mr. Reed told the courtroom about the shrieks and screams he heard from the barnyard where Bryant and Milam tortured Emmett. Fearing for their lives after giving incriminating eyewitness accounts, both, Mr. Wright and Mr. Reed were sent to Chicago to flee the threat of being killed by angry white southerners, the former vowing “never to return.”10

Despite the damning eyewitness testimony that was given by Ms. Till, Mr. Wright, and Mr. Reed, the Southern culture and Southerner brotherhood ran deep in the jurors’ veins. Before resting his case, the defendant’s lawyer warned the jurors how ashamed their ancestors would be if they convicted Bryant and Milam, claiming “your ancestors will turn over in their grave” if these two were convicted.11

After a mere 67 minutes of deliberations, the jury acquitted J.W. Milam and Roy Bryant, scoffing that they would have deliberated faster if they hadn’t “stopped to drink a [soda] pop.” A couple of years later in an interview with Look magazine, J.W. Milam, now protected by double jeopardy, admitted to doing the crime.12