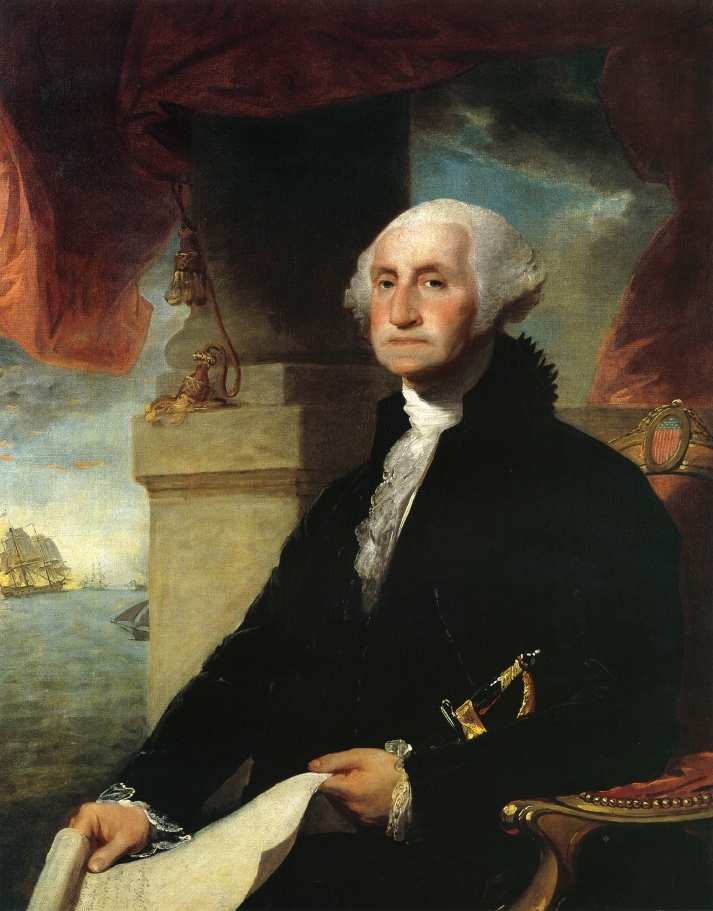 “I feel my self going. I thank you for your attention. You had better not take any more trouble about me; but let me go off quietly; I cannot last long.”1 These were George Washington’s dying words. Who could have imagined that this great Revolutionary War hero and first President could fall two years after his retirement? He seemed to be immortal in the public’s eyes. Staying in the spotlight for nearly twenty five years, standing as the symbol of American nationhood, he not only had stood as a symbol of America, but he had also commanded the armies that helped gain national independence. After all the wars, he never appeared fazed, never showed any type of weakness or vulnerability, until that frigid winter of 1799.2

The century was nearly over, and the future of the young nation seemed bright. The former commander-in-chief of the nation had retired to his estate of Mount Vernon and had set out on horseback to check on certain areas of his plantation. It was December 12, 1799.3 He was exposed to cold rain and snow, but that did not stop this man from carrying out his responsibilities. However, sometimes carrying out responsibilities can have serious consequences. The next day he woke early in the morning, having difficulty breathing. Later in the morning he started to developed pain in the throat, and this led him to be unable to swallow or speak well. He grasped for some air, constantly tossing and turning to find a comfortable position.4 Lying down in agony, he was surrounded by three physicians who were all at a loss as to what to do.

James Craik, Gustavus Richard Brown, and Elisha Cullen Dick were the attending physicians for Washington, and all knew him very well.5 The first to arrive was Dr. Craik on Friday, December 13, when Washington started first experiencing a cold with a light hoarseness. By 2 a.m. the next morning, he awoke with troubled breathing. At 6 a.m. he was showing signs of a fever with throat pain and respiratory suffering.6 Washington was unable to swallow and even had difficulty speaking. Dr. Craik believed that the only option for Washington was for a bloodletting.

Bloodletting is the surgical removal of blood from a patient, and it was a typical procedure physicians used in the eighteenth century. Typically, the physicians were not the ones that would carry out the bloodletting; they would call in a skilled bloodletter. In this case, the bloodletter was George Rawlins. At 7:30 a.m., Rawlins removed about 12 to 14 ounces of Washington’s blood. Washington actually requested an additional bloodletting. Two hours later, Dr. Craik applied a blister of cantharides to Washington’s throat and removed roughly 18 more ounces of blood. This was also done at 11 a.m.7 Washington was still alert at this time. He even had the strength to stand up and walk to the bathroom, but he still had trouble swallowing tea, nearly suffocating from the attempt and unable to cough up the fluid.

There was an argument among the physicians caring for Washington, whether there should be a fourth bloodletting. Dr. Elisha Cullen Dick believed that more bloodletting would make Washington’s condition worse. Nevertheless, Dr. Craik ordered for the bloodletting at 3 p.m.8 After the fourth bloodletting, Washington seemed to show improvement; he was able to swallow. With renewed strength, Washington was able to revise his will. He knew his time was coming to an end. As the night continued, his condition  steadily worsened. The physicians tried their best to keep him stable by applying blisters of cantharides to his arms, legs, and feet. They even applied wheat-bran cataplasms to his throat.9 This did stop his condition from worsening.

At 10 p.m., Washington whispered his burial instructions to his aide. Twenty minutes later, George Washington died. The news of his death spread rapidly across the country. The grieving was not only at his at burial site, but across the Atlantic. There was a London newspaper that eulogized: “His fame, bounded by no country, will be confined to no age.”10 Units of the British fleet that was blockading a harbor in France dropped their ensigns to half-mast. Napoleon ordered a ten-day requiem.11 In the United States, newspapers would publish poems from grieving women. People traveled to Mount Vernon to pay their respects. Citizens dressed in black clothing for months.12

December 26 was the official day of mourning. At dawn, there were sixteen cannons that were fired, and they continued to boom every half hour until 11 a.m. After the firing of the cannons, there was a march of troops to the Lutheran Church where Henry Lee gave a memorial of Washington that became immortal: “First in war, first in peace and first in the hearts of his countrymen, he was second to none in the humble endearing scenes of private life…The purity of his private character gave effulgence to his public virtues.”13 To pay tribute to the first president, Congress voted to construct a marble monument in the Capital building, which was still under construction in Washington, D.C. at the time. This was an appropriate tribute to a great man, and he will forever be immortal in our nation’s history.

I haven’t heard anything about the death of Geroge Washington so this article was great to read. Its strange that they used bloodletting as a last try to keep Washington alive. Its nice to see the evolution of medicine. A lot of people gave tribute to him after his death and it was something that he truly deserved. He basically created the United States and his legacy will never be forgotten.

George Washington is one of the greatest presidents in American history. As one of the founding fathers, Washington helped lay the foundation for the country we know today. Before reading this article, I had no idea what bloodletting was. It’s fortunate that the bloodlettings Washington received were able to improve his condition. Unfortunately, these bloodlettings were not able to preserve Washington’s life for long.

As a war hero it doesn’t seem right that George Washington died in a bed because of a illness. He fought against the British and beat them, but couldn’t battle against his illness. All three of the doctors with him couldn’t help him live and finally he died. He will always be remembered for being one of the greatest leaders and first president of the United States.

It’s insane to imagine how medical diagnosis and antibiotics didn’t really exist in Washington’s time. From the description of his symptoms, it seems like just a little bit of allergy medicine or antibodies could have helped Washington recover. I am glad that technological advancements have been made in the field of medicine since then because it saves many lives each and every day.

I wonder what would have happened if George Washington had the medicine he had needed, if he had lived a little or a lot longer what changes would have occurred through his power. I never knew about the bloodletting process he endured to be honest. That’s a rather scary thought, having to do those procedures on him just to get him to swallow and breathe. This man was strong willed and determined to continue on and fight. Which he had and he will always be honorable.

Its crazy to imagine how the country must have been feeling and thinking at this time. He was the nations symbol of freedom and success. They admired him and to hear of his loss, I imagine would be detrimental. It it is also very interesting to read about the medical techniques they used in the past. I mean, drawing excessive amounts of blood as a way of treatment?! Overall great article Samuel! Really enjoyed it.

This was honestly a fascinating article, as someone who looks up to Washington as a role model and as the best president our country has ever had it’s good to know that he died a peaceful death. I think it is fascinating that people the world over mourned his death, especially since America wasn’t a world power at the time. The only piece of information that I wish was in this article was what exactly he amended to his will.

I found this article super interesting! I did not know what bloodletting was and it sounds kinda scary! I wonder if that treatment did anything for him. George Washington was an amazing president and leader in American history and did a lot of the US. What a man!

This is a very well done article, Samuel. I did not know much about this story at all, but your story was very informative and helped me learn a lot. You had great choice of words, and I liked your usage of quotes from actual people at the time, including Washington himself. The story was a compelling read, and was rather somber, which I think it was supposed to be. If I had to say anything, I just wish it was longer. Otherwise, amazing job.