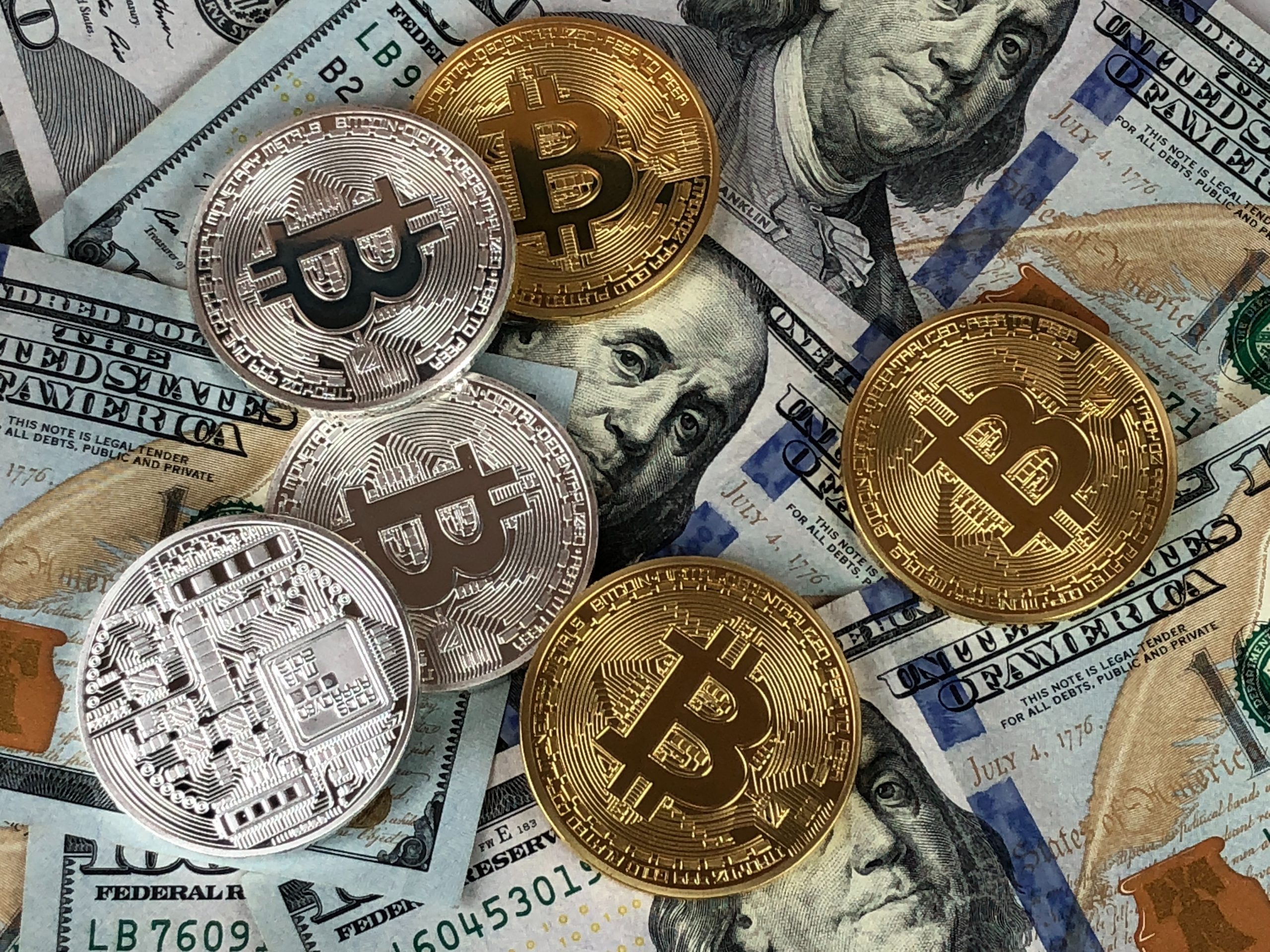 In the past few years there has been growing skepticism about the future for the medium of exchange. We have seen a number of different media of exchanges in the past. The first system in history  was simple bartering, which was the exchange of a good or service for another good or service. With the use of precious metals like gold and silver, we’ve seen the creation of currencies of exchange. Then, paper money was introduced as a substitute for precious metals starting around 700 BCE, and since then, such paper currencies have played a major role in media of exchange around world. The next innovation to paper currency was the use of debit and credit cards in the mid-twentieth century that drastically changed how people exchange goods and services.1 The world and how societies function are completely different today than they were in 700 BC or even in the mid-twentieth century. So why are we still depending largely on those media of exchange? There is a lot of room for improvement for the current financial world and for how people exchange goods and services. One major problem is the speed that transactions are made, and big banks like American Express are seeking new technology to be able to process transactions faster.2 That is just one of the major problems that many banks, financial institutions, and governments are facing with the current currencies and media of exchange. So what does the future look like for media of exchanges?

The answer to that question is Bitcoin. Bitcoin is a digital currency, meaning that it is available only in a digital or electric form. All the transactions are verified using lots of computer power and then stored on a big ledger using blockchain technology. Bitcoin is also a type cryptocurrency and currently the biggest one there is.3 Bitcoin was introduced to the world in 2008 by an anonymous creator, Satoshi Nakamoto. Even to this day we have no information about Nakamoto’s real identity, which has led to many theories and controversies around the founder. Roughly a year after the creation of Bitcoin, the very first transaction of Bitcoins occurred. The transaction was between Hal Finney, a software engineer and notable advocate of cryptography, and none other than the creator Nakamoto. The transaction was on January 19, 2009 and Nakamoto sent 10 Bitcoins to Finney, at the time worth very little money. The next key milestone was not until May 22, 2010, in which Bitcoins were used by Laszlo Hanyecz for the first time for an actual real-life transaction. Laszlo transferred 10,000 Bitcoins in exchange for a pizza, which at the time was only worth $25. The craziest thing is that those 10,000 Bitcoins that were worth $25 that day, today would be worth over $500 million. Laszlo might have regretted using those 10,000 Bitcoins for a mere pizza, but it paved the way for all the transactions involving Bitcoin that have occurred over the last decade.4 So, what exactly is the future of Bitcoin? Bitcoin is capable of becoming, and will become, the first world cryptocurrency that will ultimately replace fiat currencies, or government-backed currencies, and be more than just a simple cryptocurrency investment.

One of the biggest controversies surrounding Bitcoin is that the creator is anonymous. Bank of America, one of the biggest banks in the United States, is very worried about the creator of Bitcoin being anonymous. They believe that because the creator is anonymous, they believe that with an anonymous creator there is no one that is able to know who exactly is using the buying and transferring Bitcoin’s, and similarly there is no one that can regulate it. Bank of America believes that Bitcoin is a good way to store wealth to bypass inflation, but they believe that Bitcoin cannot be a currency because there are no regulations in place.5 Another concerned point of view is that of Bill Gates, co-founder of Microsoft Corporations. Gates argument is that Bitcoin has no central authority that is able to take responsibility and be able to act when needed for correction or be able to control it from the inside. Gates’s argument is regarding illegal transactions in which people are buying drugs or on the black market and use Bitcoin as a form as payment as they cannot be traced. He even claims that because of Bitcoin, the number of overdoses is increasing as it has become easier to go untraced when purchasing the drugs.6

However, both Bill Gates and Bank of America made claims against Bitcoin that can easily be addressed. Bitcoin is a major alternative to money that is backed by financial institutions and governments. Governments and financial institutions might not always make the correct decisions or might just simply be corrupt and cause their currencies to inflate. A prime example of this is Venezuela, which has been going through hyperinflation causing their currency to become extremely devalued, causing its people extreme poverty where they are unable to even buy necessary goods and services.7 Because of that, many Venezuelans were left with a worthless currency and no real way to do anything as their government just let it go into a deeper hole. In such circumstances, Bitcoin offers a great alternative, as it is another form of payment that is available to everyone across world and capable of using it as a medium of exchange in apps like PayPal.8 As more and more apps begin to offer Bitcoin as a method to pay, the more Bitcoin is closer to becoming a common currency, and possibly the first world currency.

Bill Gates’ biggest concern was that Bitcoin has allowed for people to buy from the black market or other illegal goods. That statement although true closer to when Bitcoin was first released, has decrease as more and more transactions are legitimate transactions. Gates also argued that he is worried about the anonymous founder, but this is what ultimately is setting Bitcoin apart from most currencies currently in use: Bitcoin is a decentralized currency. There is no middleman needed to make a transaction, the transaction is directly between the two parties involved, and it does not need a financial corporation or bank. Getting rid entirely of that middleman not only evades any fees, policies, or regulations that the middleman may have, but it also speeds up the process and makes the transactions instantly without having to wait for any processing. Another positive consequence of Bitcoin being a decentralized currency is that it ultimately gets rid of any borders across the world and allows for easier international transactions. As the world continues to rely on international trade, the need for a currency that is borderless is only going to continue to increase.

Another concern that some point to about Bitcoin is how volatile it has been in the last few years. Sharmin Mossavar-Rahmani, a Goldman Sachs chief investment officer of its consumer and investment-management division, has brought up that we cannot rely on something as volatile as Bitcoin has been. Sharmin has pointed to the bullish runs that Bitcoin has had over the past few years as well as the huge drops in value that it has experienced.9 In 2017, Bitcoin had a massive increase in value. In January of 2017, the price was around $910 per Bitcoin, and by December of that same year the price was a little over $13,000. However, soon after that, the price began to fall all the way down to $3,441 by 2019. Sharmin’s observation of its fluctuation does look dramatic when looking simply at the price, but if we were to look at the volatility chart of Bitcoin, we would see a completely different story. Recently on a Bloomberg Bitcoin Conference, they compared the volatility chart of Bitcoin compared to that of both the price of the commodity Gold and the price of Amazon stock. The conclusions and patterns that they saw were bad news for people that use volatility as their main argument against Bitcoin. With the comparison of those charts and the expertise of the analysts, they were able to predicted that by the year 2025 Amazon and Bitcoin were going to have very close volatility levels. That is a very bold statement as Amazon is one of the biggest companies in the world that many millionaires and billionaires might invest their money in, as it is an almost guaranteed growth and revenue every year.10

Although there are many people that are unsure about Bitcoin, like Sharmin Mossavar-Rahmani and Bill Gates, Bitcoin is truly the future and will only continue to increase in both usage and price. The ideal future of Bitcoin is that it becomes the very first world currency. Being a decentralized currency, there are no limits and no centralized group controlling it. There will be no group in power influencing the price, as Bitcoin’s price is determined by supply and demand. Simply because there is no centralized power many countries will be hesitant to accept it as a currency. However, since Bitcoin is independent and no ties to any country, it has a higher chance of becoming a world currency compared to a fiat currency.

Not only can Bitcoin be used as a world currency, but if used, it will become a revolution to the financial system. Transactions that have to be cleared by banks may take a few days to process and another few days before they are visible in your account. This system has been in place for a long time, and with the world now wanting everything faster and easier, Bitcoin offers instant transactions throughout the world in a matter of seconds, not days.11 This is because of the blockchain technology that Bitcoin utilizes that not only has set Bitcoin apart, but will also help the financial world catch up to the rest of the world in technology and quickness.12

As Mark Yusko, director of Morgan Creek Capital Management put it, “In a world where technology is moving us to a more borderless society, you don’t want to fight the technology. You want to be the first to embrace it.”13 Bitcoin is currently the biggest cryptocurrency in both price as well as in market capitalization, and the numbers are not even close. As more and more companies begin to take it as a form of payment, like Tesla and PayPal currently do, Bitcoin is just going to continue to grow and revolutionize the world. Many people continue to have doubts and concerns, but as they were explained in this article, most of them have data and analysis to prove why Bitcoin really is the next big thing. Are you going to be a person that begins to believe and use Bitcoin today? Or is Bitcoin going to have to prove you wrong?

Hello my name is Carlos Cortes and I am a St. Mary’s student class of 2024 double majoring in Finance and Risk Management and Accounting.