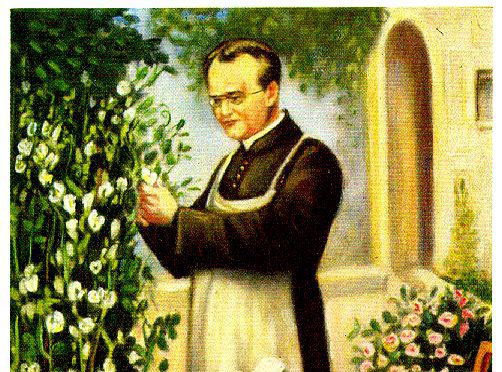 On January 9, 1884, three days after Gregor Mendel’s death, a huge cloud of smoke could be seen rising from the Abbey of St. Thomas. This abbey is located in the Moravian city of Brno, currently in the Czech Republic, and during the 1800’s, it was the cultural and administrative center of the region. Earlier that January morning, Gregor Mendel, the man who is now considered the father of genetics, had been laid to rest. After this ceremony, the friars of the monastery proceeded to ignite a fire on the hill behind the convent. In an attempt to purge the monastery of Mendel’s influence, they burned all of his personal papers, notes, and recordings from his years of experiments. What prompted this extreme demonstration? Were the brother’s actions uncalled for? How is it that they overlooked the importance of these papers, in light of the stature that Mendel’s work in genetics holds today?1

From a humble family, Johann Gregor Mendel was born in 1822 in Heinzendorf bei Odrau, a small town located in present-day Czech Republic. Growing up, he attended the village school where he was taught natural science. Both of his parents were gardeners, so in his free time, Mendel worked in the family orchard. Together, his background in natural science and his experience in horticulture, which is the practice of garden cultivation, would prove crucial later on in Mendel’s career and his experiments.2

After completing primary and secondary school, the local school master recognized Mendel’s above average intelligence, and he pushed Mendel to continue his education. Consequently, Mendel was sent to a Gymnasium for learning, which is similar to a modern-day high school. Here, Mendel continued to pursue his education. However, he would get easily stressed, and he had bouts of clinical depression. The stress and occasional depression often made him sick, and this proved to be a major roadblock to his education. At one point in time, he did not attend school for four months in order to recuperate from one of these episodes. After six years, Mendel graduated from the Gymnasium in 1840, and he then attended the Philosophy Institute at the University of Olmutz. However, this was a financial struggle, since his parents were unable to pay for the tuition. In order to cover the expenses, Mendel tutored and his sister gave him a part of her dowry. It was in this way that Mendel was able to put himself through university. Nonetheless, upon graduating from the university in 1843, Mendel still struggled with stress and reoccurring depression, which made it difficult for him to find a job.3

Unable to find a job, Gregor Mendel was broke, and he had a hard time covering his finances after university. It was during this time that one of his previous professors recommended him to join the same Augustinian monastery he had lived at. Mendel saw the Augustinian’s commitment to education, and felt that this would be a good way to obtain a livelihood, so in 1844 he joined the Abbey of St. Thomas, an Augustinian monastery.4 The focus of the Augustinians was to serve the community by spreading God’s love, which they did through active music ministry and teaching the truth through education. Although Mendel was not strongly religious, he found a supportive home in the monastery because he was able to continue pursing his love of education.

However, his service came with several disappointments. In 1848, soon after joining the abbey, Gregor Mendel was speedily ordained a priest, since an infection the previous year had killed three of the abbey’s priests. For this same reason, at the extremely young age of twenty-six, he was given his own parish to run. However, his inability to deal with stressful situations once again became a problem, since he could not mentally handle his priestly responsibilities, such as visiting ill patients in the hospital. Due to a lack of proper training and a frail mental state, Mendel was declared unfit to be a parish priest only one year into his tenure.5 The abbot of the monastery then assigned Mendel as a substitute teacher in a local grammar school. This was a job that Mendel enjoyed and was good at, so he tried to make this a permanent position by becoming a teacher. The only way for him to do this was to obtain a teacher certification. He took the test twice, once in 1850 and once again in 1856, but failed both times due to his nervousness.6 Since he proved no good at being a parish priest, and was unable to earn a teacher certification, in 1856 he was placed in charge of the monastery’s garden, and this is what led to his famous pea plant experiments.

Unlike scientists during this time, Mendel chose to take a statistical approach for analyzing his data. Most scientists would perform such an experiment, record qualitative observations, and then search for a pattern. On the other hand, Mendel decided to take quantitative measurements of his experiments, counting and recording the results of each cross. He then used the data to perform calculations. Mendel performed these crosses from 1856 to 1863, and in 1866, Mendel finally published his findings to the scientific community.8 In his paper, he talked about dominant versus recessive traits, with purple flowers illustrating dominance over white flowers. These traits were controlled by alleles, which is one of the two or more alternative forms of a trait. He also established the 3:1 ratio, which states that when two heterozygous plants are crossed (Rr x Rr), the dominant trait is present three times for every one time the recessive trait appears. In addition, he explained the laws of independent assortment and segregation that state each parent only gives their offspring one out of two alleles for each trait and that during the formation of eggs and sperm, different traits assort independently of each other.9 During the mid-nineteenth century, the mode of inheritance accepted by the scientific community was known as the blending theory; that is, an offspring’s appearance is a blend of their parent’s traits. However, Mendel proposed the particulate theory of inheritance, which states that genes are passed from parent to offspring with no blending. Since Mendel’s findings were not in line with expected modes of inheritance, his work was overlooked, and his theories were not further investigated.

Two years after publication, Mendel was promoted to abbot of the monastery. His new position did not allow him the time to perform further experiments, since he was occupied with administrative duties. Then a few years later, in 1874, Mendel got into a major dispute with the government about the taxation of the monastery. He refused to pay the new taxes imposed on religious houses by the government, and he even allowed goods from the abbey to be seized instead of submitting to the tax. This battle continued until 1884 when Gregor Mendel passed away from Bright disease, better known as chronic nephritis, or extreme inflammation in the kidneys. This inflammation can then lead to heart and kidney failure, which is how Mendel died. His opposition to the government detracted from his popularity in the monastery, which is why upon his death, Gregor Mendel’s fellow friars burned his papers. They did this in an effort to purge the monastery of all the negativity attributed to Mendel and his long dispute with the government. Unknowingly, the brothers destroyed some of the most important documents in scientific history, since along with Mendel’s documents regarding the abbey, they also burned almost all of Mendel’s recorded research.10

Lucky for Mendel, his work was rediscovered in the 1900’s by three botanist. These botanist, Erich Tschermak, Hugo de Vries, and Carl Correns, conducted an experiment similar to Mendel’s and they obtained the same results. It was only after obtaining these results that they realized that Mendel had already discovered the laws of inheritance that they were just then proposing. After this event, Mendel’s work became well known and adopted, thus earning him the title, “father of modern genetics.” Nonetheless, just as his life was full of hardship and disappointment, so is his legacy. Upon further examination of his experiments, scientists have found that the data Mendel reported is really good, almost too good.11 This has caused some to label Mendel a fraud. Nonetheless, the significance of Mendel’s experiments and findings cannot be overlooked. Although Mendel’s data might have been slightly tweaked to yield more precise numbers, he did discover the 3:1 ratio and the particulate theory of inheritance. Since the publication of his work, many experiments have been done by various scientists. The conclusions have been the same, proving that Mendel’s theories were not just fabricated. Overall, Gregor Mendel’s his life was, to him, a failure, but his findings and contributions to the scientific community are remarkable.