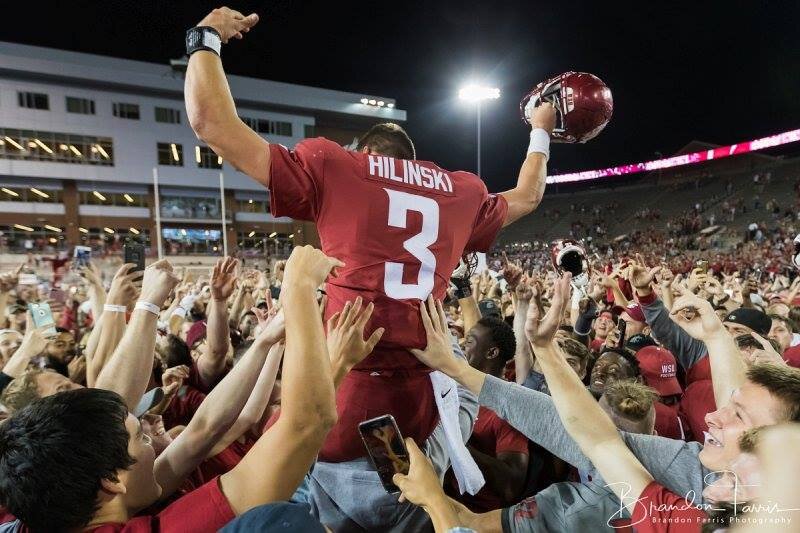 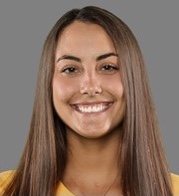 On January 16, 2018 coaches and teammates were alarmed when Tyler Hilinski, the most dependable player on the Washington State football team, did not show up for his scheduled afternoon workout. The assistant athletic director for football operations, Antonio Huffman and Tyler’s roommate, Peyton Pueller were sent to search for his whereabouts. After searching his girlfriend’s apartment, hospitals, and contacting the police department. Pueller and Huffman kicked in the door of Tyler’s apartment after finding his car hidden in the back parking lot with a bullet hole through the door. Tyler’s roommate, Peyton Pueller, found Tyler with a bullet hole through his left eye in his closet, lying lifelessly next to an AR-15. 1

Tyler Hilinski was the middle child of three boys. From before any of them can even remember, all of the Hilinski brothers dove head first into sports. Tyler, his oldest brother Kelly, and his younger brother Ryan were always shooting hoops, throwing ball, and playing tackle. As the Hilinski boys grew older, they found themselves spending more time specializing and focusing on football. Tyler was the starting quarterback for his high school, which went undefeated his freshman year. He went on to set many records and win many awards throughout his high school career.2

Tyler was chosen by FoxSports as one of the top quarterbacks in California and was recruited by many colleges. He ended up committing to play at Washington State University after strongly connecting with head football coach Mike Leach. Tyler was described by all of his teammates and coaches as hardworking, loyal, dependable, uplifting, and relentless. His mother Kym first referred to him as “Superman” and the name stuck. Tyler always strived to live up to his nickname, but at what point did being “Superman” become too much for him? 3

Some people believe masculine sports, such as football have a surrounding stigma that you are supposed to be a little “off” mentally in order to endure the physical pain of something, such as getting tackled. In fact, it is almost glamorized the fact that athletes are to never show that they have a weakness. The top athletes are viewed as the elite of humanity and many have a false reality that they are invincible. “Mainstream outlets like Bleacher Report have farcically offered columns such as “The 10 Craziest Athletes in Sports History,” enshrining athletes for being “an enigma to sane people.” Enduring physical pain also translates to enduring mental pain, alone. For a lot of athletes, it is difficult to ask for help because that would be admitting a weakness. Tyler never let a weakness show. He was supposed to be Superman after all.4

Tyler always seemed happy and healthy to everyone around him and no one ever suspected a thing. “We have no clue what happened,” Mark said. “We will sit here for the next 20 years and not know what the heck happened to Tyler.” Upon Tyler’s death, a brain autopsy was conducted as an attempt to better see into Tyler’s mind. Results from the Mayo Clinic revealed that he had chronic traumatic encephalopathy or CTE. This is a degenerative brain condition that is caused by repeated blows to the head and head trauma. This put Tyler into two categories. He was part of a group of football players with head trauma and among the number of young people who died by suicide.5

The day that Tyler passed away, his family was contacted and no one knew of his whereabouts. His older brother Kelly realized that Tyler turned off his location on his cellphone and this began a panic. Upon Pueller finding Tyler, horror struck as Tyler’s family was notified of this terrible incident.6

Tyler’s family flew to Pullman the day after Tyler died, to attend a vigil the school put together. It was amongst this grieving that, “Kym sent Kelly a text message right then, redefining their mission, giving them a new kind of why”.

“What is that?” he responded.

“Our why for getting out of bed every morning.””

This was when it was decided that the Hikinski family would start the nonprofit Hilinski’s Hope.7 The goal of the foundation is to spread mental health awareness and education among student athletes, while eliminating stigma surrounding mental illness. The foundation also funds programs for student athletes in order to give them access to tools and resources to support themselves. Hilinski’s Hope Foundation (H3H) works directly with colleges and universities by providing resources to them and their student athletes. H3H launched College Football Mental Health Week in 2021 which is always the week of October 1-8, during Mental Health Awareness Week. In 2021, over 65 colleges participated in coming together to reduce stigma, receive resources, and have difficult conversations.8 Through the donations of vendors and partners, Hilinski’s Hope raised over $55,000 in this one week to increase accessibility and quality of resources to student athletes. In this years’ College Football Mental Health Awareness Week, October 1-8, 2022, H3H hopes to expand from last years’ 65 participating universities to 100 and 429 million media impressions to 500 million. You can sign up by filling out the form on the Hilinski’s Hope website. In order to show support to H3H, most of these participating universities’ teams wore a lime green ribbon helmet decal with a 3 to honor Tyler and show solidarity for those suffering and those that have been lost. The H3H mission has also been spread beyond football to other sports such as baseball, cheer, soccer, dance, volleyball and basketball. Most of the participating football teams also began raising three fingers for the first play of the third quarter due to Tyler being number three at Washington State University. This started at the University of South Carolina where Tyler’s younger brother Ryan was the quarterback and wore number three in remembrance of Tyler.9

In order to bring H3H to a campus, H3H has created a Hilinski’s Hope Game Plan. This is a five step plan in which H3H lays out practical tools and situations for student athletes. In this plan it gives examples of potential warning signs and behaviors that are red flags something bigger is going on. The plan goes on to explain what you, as an athlete can do and explains that talking about how you and your teammates are doing should be normalized. This plan is created in partnership with the NCAA Sports Science Institute and Prevention Strategies. To become a university partner, there are two different price levels. The $1,000 level includes: “Train-the-Trainer with Prevention Strategies, Access to our pre-recorded Tyler Talk, Facilitator Handbook, Team Training Materials, Scorecard for Self-Assessment, and Debrief with Prevention Strategies.” The $3,330 level includes all of the above except the pre-recorded Tyler Talk is a live Tyler Talk with Tyler’s parents Kym and Mark Hilinski.10

The foundation’s long term goal is to spread awareness so that mental health issues are taken as seriously physical issues. “Nobody questions an athlete taking time to recover from a sprained ankle or broken wrist. Those injuries are easy to see and come with a clear understanding that they cannot be ignored.” Possible obstacles with this is the challenge to diagnose because it’s impossible to diagnose mental illness through an X-ray or an MRI. There is so much on a student athletes’ plate such as school work, practices, competitions, pressure to perform, maintaining a good work-life balance, maintaining healthy relationships, recovery work, strength training, a possible career and more. There are barely enough hours in the day to accommodate all of these needs, and oftentimes mental issues are pushed aside as a way to show toughness and drive. By reducing stigma and providing easy access to mental health support, this will allow student athletes to juggle a days work while easily maintaining their mental health.11 Through the Hilinski’s Hope Game Plan, this can be achieved as professionals from Prevention Strategies provide mental health training to the school’s mental health professionals. From this point, conversations between student athletes and the school’s mental health professionals are started about the importance of mental health with teams, coaches, and teammates and connects students to resources while providing solutions to individual problems.12

Although Tyler is just one of many successful athletes that struggle with mental health, this is not just an issue in male sports or athletes. Tyler’s father, Mark Hilinski, stated that he had seen a good decrease in stigma around mental health thanks in part to famous athletes such as olympic gymnast, Simone Biles, and professional tennis player, Naomi Osaka, speaking out about their mental health. “That obviously brings more comfort to people when they need to talk about it,” Hilinski said. “We all want to get to the point where we don’t call someone courageous who says: ‘I’m not thinking straight. I am thinking about harming myself.’ We’ve got to get to that point.” 13

If you or someone you know is struggling, you can get involved in Hilinski’s Hope Foundation along with other foundations such as Athletes for Hope, Eric Monday Foundation, National Institute of Mental Health and many more. The National Suicide Prevention Hotline is available 24 hours, everyday and the number is 800-273-8255.