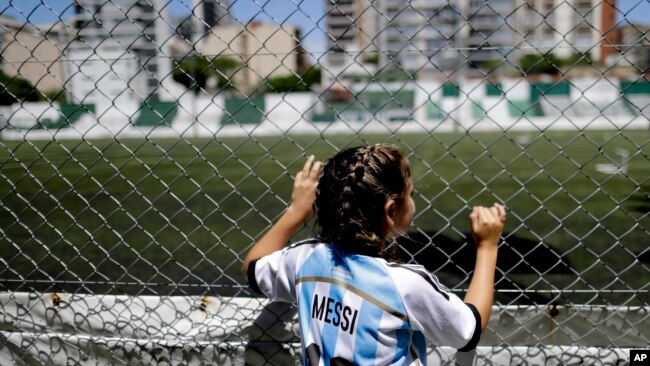 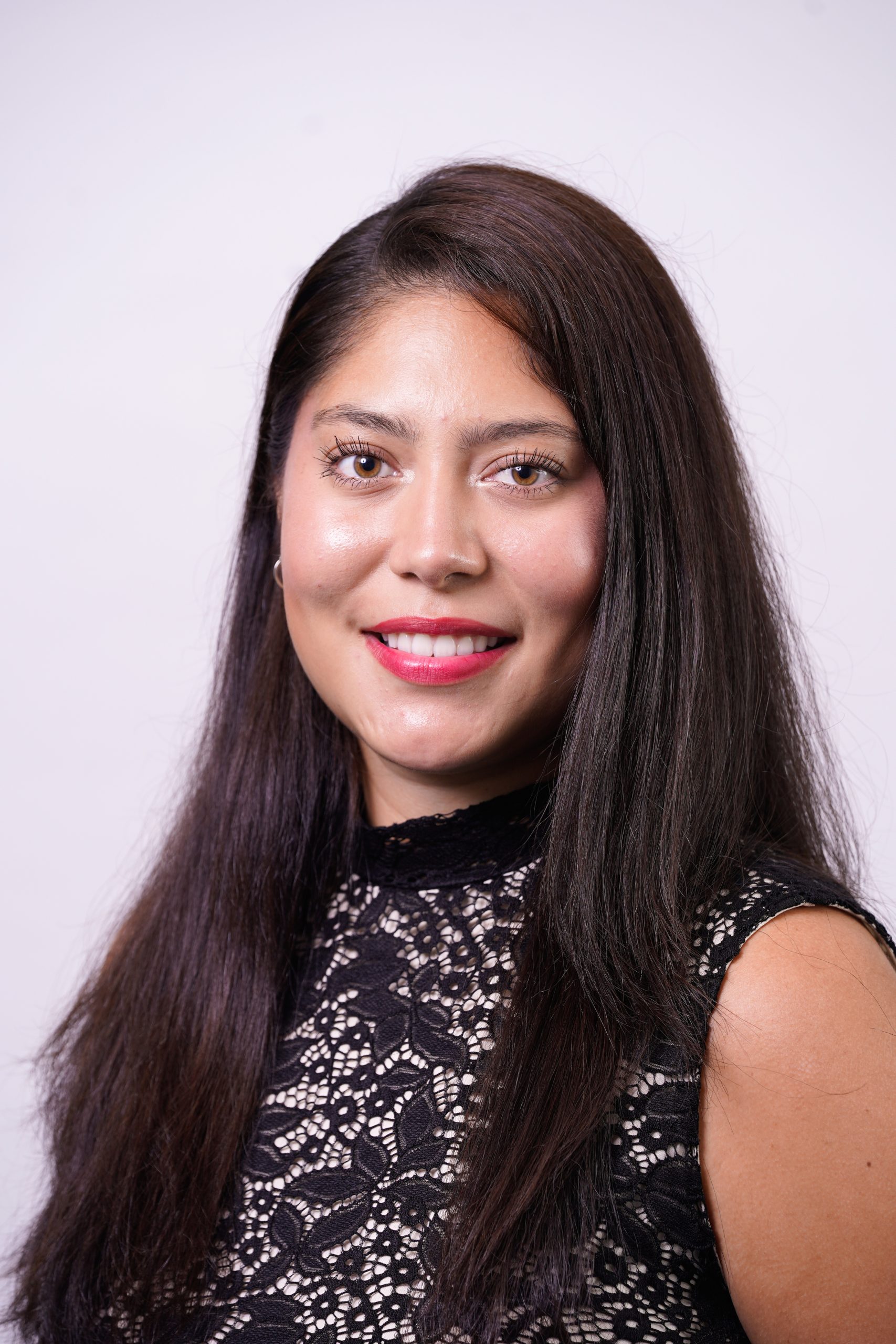 November 13, 2019, Signing Day determined where I would be playing soccer and where I would start the next chapter of my life. Signing Day is one of the biggest days in any athletic career.  For me, it signified that my hard work didn’t go unnoticed that all the adversity I faced, I powered through and overcame was worth it. I was full of emotions that day. I was feeling happy, excited, and very nervous. I walked in to the commons of my high school and watched the room become full with teachers, administrators, classmates, friends, coaches, and most importantly family. As the room quickly filled, that is when it all began to feel real. I took a seat on the stage next to three other classmates who were also signing to play in college for their respective sports. All of us began to put out our letter of intent in front of us. The announcer said, “Alright get ready to sign your life away, 3…..2……1.”  I opened the cap on my pen and signed. As I signed I felt relief and thought this is it. Little did I know that signing day was the starting point into a new chapter of my life that would continue to be filled with challenges. 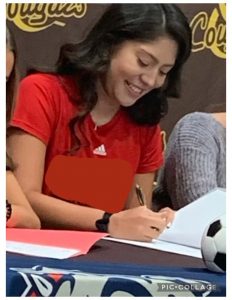 Soccer is one of the biggest and fast growing sports in the world with over 3.5 billion followers and over 250 million people actively playing the sport. In the game of soccer for women there are two different post-collegiate levels you can play in after your academic career: the professional level and the international level. The professional level includes leagues such as the National Women’s Soccer League (NWSL) and Liga F. The National Women’s Soccer League (NWSL) is a professional league in the United States while Liga F is a professional league in Spain. The international level allows an individual player the opportunity to represent and play for their country while playing against other countries.

The United States Women’s Soccer Team has had incredible success over the years. They have proven to be one of the most successful international teams, winning four Women’s world cup titles (1991, 1999, 2015, and 2019), four olympic gold medals (1996, 2004, 2008, and 2012), and nine CONCACAF gold cups. As anyone can see the U.S. Women’s team is stacked with success and has earned the reputation they have built. International, national, and local news has consistently reported on the success of women in the sport in fact, the women set a record in 2020. The record they broke was they increased viewership by 20% as well as breaking rating records by 300% with the help of CBS sports and Amazon’s Twitch. In spite of their success, this team has faced many difficulties, such as the pay gap between women’s and men’s soccer as well as the treatment differences between the men’s and women’s team.

In 2019, the U.S women’s team brought their concerns about the pay wage gap to the U.S. soccer federation. The U.S. soccer federation took no action and the women’s team continued their efforts. They used their platform at the 2019 World Cup. After winning that World Cup in France, they were able to get fans in the stadium to chant… Equal Pay! This was monumental for the movement they created. By being able to experience fans chanting in support of the team it meant that international attention was focused on the U.S. soccer federation’s mistreatment of the Women’s Team. This sparked a movement and also allowed many other women’s teams from different countries to have a voice and speak up about their challenges in their own countries. Most importantly this movement allowed many women around the world playing at different levels in soccer to realize the mistreatment that was occurring and impacting them directly.

Another team who claims to have experienced the mistreatment among women’s soccer teams is the Spain Women’s National Team. As of September 22, 2022 the Spanish Women’s Team accused their head coach of emotional and verbal abuse. This can put their emotional and physical health at risk. Because their main concern is their health, 15 of the players resigned from the team. The resignation of these players sent a worldwide message about the treatment the players in Spain were no longer willing to withstand. The Spanish Team wouldn’t have been able to make this gesture or statement had they not been given a platform. Knowing that other women such as the players in the National Womens Soccer league (NWSL) were experiencing similar unfair treatment encouraged the players to take action.

The situations between the United States and Spain Women’s teams are very similar because they both have players that may have been mistreated. The primary difference between the approach to finding resolution for their situation is that the Spain women’s team had players actually left their team in order to create attention about the situation and create change. The United States’ team league governance had players interviewed in order to better understand and resolve the situation. Unfortunately, the affected players with Spain Women’s National Team didn’t feel as though their league governance would fairly respond to their claims, so their only alternative was to leave their organization. Inequality and unfair treatment in women’s soccer is a very important issue to discuss because it is a current, ongoing issue. This issue doesn’t only affect players nationally, internationally, but also trickles down at the collegiate level.

I signed my letter of intent to play collegiate soccer in the fall of 2019. During this time the pay wage gap lawsuit between the men’s and women’s national teams was an ongoing. I watched my idols fight for what they believed in. I saw the struggles and challenges they had to go through. By watching them on television and in social media during this time they voiced what they perceived to be right and wrong within the women’s game and league management. As a first time college soccer athlete in the fall of 2020, I realized that I too was experiencing some inequality. I had to deal with mistreatment just like the National Women’s Soccer League (NWSL), Spain women’s soccer team, and U.S women’s team players. For two years I dealt with emotional abuse. There was no regard for mental health or for the treatment my team was receiving by our head coach and athletic department.

Due to covid, our fall 2020 season was moved to the spring in 2021. During this time all of us as players faced some tough situations. One of the incident that I endured helped me realize I was experiencing gender inequality during the spring 2021 season. We had some women’s soccer games in Arkansas, which meant we had 12 hours of travel time. Instead of getting a big charter bus we were forced to take a mini charter bus. This was due to fact that the football team needed to use multiple charter buses to be dropped off at the airport. We were forced to use an overcrowded minibus for the 12 hour trip. The football team was flown while we weren’t granted that privilege, instead we drove the 12 hours.

In this bus every seat was full, top and bottom storage areas were overflowing, making this an uncomfortable and potentially dangerous journey. Some of us even had to keep luggage and backpacks on our laps or sit on items. We didn’t arrive until 2 a.m. in the early morning of the game. When we arrived at the hotel some of the hotel rooms reeked of cigarette smoke, including my room. Since it was very late we weren’t able to get new rooms. My teammates and I tried sleeping with our jerseys over our heads to help with the smell but of course that did nothing. Most of us woke up with headaches. Some of the players struggled with allergic and asthmatic reactions to the smell. This wasn’t an isolated incident. During many other trips we weren’t properly receiving the right nutrition during travel and at home at the university. This is of great concern for any student athlete.

In the fall of 2021, I continued to report these challenges and nothing was changing. Like the Spanish women’s soccer players, I made a decision to leave. I began looking for other academic options. My long term soccer and academic success was at risk due to a decline in my mental and physical health. My transfer to another institution that treats everyone equally and respectfully, while prioritizing the players needs has resulted in new opportunities. I’m now completing my first season at my new university successfully. I have hope that my previous university is making positive changes based on current media posts. While my former peers are attributing these changes to my abilities to be outspoken about them, there was still a personal cost to initiate change. It is also apparent that women’s collegiate and professional leagues can benefit from both traditional media and social media discussions about the disparities.

Unfortunately inequality in women’s soccer has been an ongoing battle for decades. This issue has affected many women and girls and continues to affect anyone who plays the sport today. This controversial topic has not only affected women’s soccer players at a national or international level but is also spreading like wildfire in collegiate soccer and is starting to find  its way into youth soccer. Fortunately, there are coaches and athletic programs that do look out for the wellbeing of their female players. It’s important to consider this when selecting where you will play. Public support for fairness is also an ongoing help to resolve these challenges.