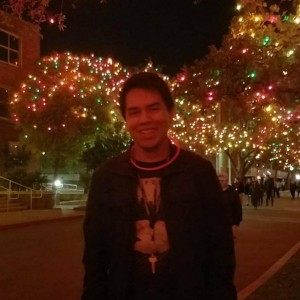 As you make your rounds through the makeshift hospital your group has hastily set up, you pause and take a moment to process your surroundings and comprehend your situation. You are a young French doctor. Fresh out of medical school, you always found your calling in helping others and fighting for what was right. Rather than gaining experience through residencies in hospitals (as is typical of medical school graduates), you decided to act on your beliefs and to use your skills and knowledge to help those that needed them most. And so, you enlisted in the Red Cross. Your first assignment: Nigeria. A civil war recently erupted in the nation, resulting in crisis for civilians on both sides of the conflict. Being one of the few licensed, medically-trained professionals in the organization, you were to travel to the source of the conflict and provide aid to the locals caught in the struggle. At least, that was the plan. Everywhere you look you see wounded, starving women and children. Military forces regularly target the worn, crumbling building-turned-hospital your group occupied as if attempting to finish off the civilians they put there. To make matters worse, you’re low on supplies. As deeply as you wanted to help, you know there is nothing more you could do than provide basic first aid and desperately try to keep your patients alive. “You’re gonna make it,” you tell them, “the supply truck will be here soon.” Hollow words. You’re helping the losing side. Military forces have the area surrounded. Besieged and cut off from the outside world, locals that were fortunate enough not to be killed or seriously wounded by “crossfire” were starving to death as they quickly ran out of food.

Though the above is a fictional account, doctors assisting during the Nigerian Civil War unfortunately found themselves in a similar situation. In July of 1967, the Igbo people of Biafra attempted to secede from their mother nation of Nigeria, quickly leading to a nation-wide civil war.1 Within the year, the sudden conflict gained the attention of larger European nations as well as a temporary global spotlight. The United Kingdom, the Soviet Union, and the (indirectly involved) United States each supported the Nigerian government. Only France supported the Biafran secessionists.2 The Nigerian government quickly gained the upper hand in the conflict, encircling the Biafrans around their homeland and cutting off all access into or out of the area.

In the summer of 1968, the French Red Cross sent volunteers to the heart of the conflict in Biafra. These volunteers included about 50 French doctors, including Dr. Bernard Kouchner, a young idealist looking to make a difference. The weight of the situation quickly made itself clear to the eager volunteers as they flew under cover of darkness to avoid being shot down by anti-aircraft. The “hospital” at which they arrived was in a state of utter disrepair, “a few decrepit buildings overflowing with hundreds of starving, wounded men, women, and children.”3

The Nigerian army had already expressed its contempt of humanitarian aid for its enemies, and word quickly spread of focused military strikes on clearly marked health centers and targeted assaults on Red Cross workers.4 Furthermore, the area was becoming increasingly dangerous for civilians and noncombatants. Though they publicly denied it, military officials had set up blockades that severely limited the flow of supplies into the area for Biafran militia and civilians alike. Civilians were severely wounded or killed by crossfire so frequently that Red Cross workers began doubting that the shootings were really “crossfire.”5 Despite all this, volunteers were forced to remain silent on the situation. The Red Cross maintained a strict stance on neutrality and emphasized confidentiality and discretion, as a result all volunteers were required to sign contracts ensuring that anything they saw or experienced would remain strictly confidential. To new recruits like Koushner, this silence was unacceptable.6

Upon their return to France, Kouchner, along with other doctors and journalists involved with the conflict, promptly violated their contracts and spoke out about the horrors they witnessed in Biafra, gaining themselves the nickname, “The Biafrans.”7 Through their efforts, news of the conflict along with images and personal accounts of the civil war spread throughout France, marking one of the earliest instances in modern history in which images depicting tragedy and human suffering were readily available to the public. But this success wasn’t enough for the “Biafrans.” In Kouchner’s own words, “To give medical care and keep quiet, to give medical care and let children die, for me it was clearly complicity.”8 The Red Cross failed the Biafran people. In refusing to speak out about the inhumanities witnessed by their own volunteers, the Red Cross might as well have been allowing them to happen. With this idea in mind, in 1970 the “Biafrans” formally organized under the name Group d’Inervention Mèdico-Chirurgical d’Urgence (Emergency Medical-Surgical Intervention Group).9

Meanwhile, later that year French journalist Raymond Borel was working to form his own organization, and he put out an ad recruiting doctors for Sècours Mèdical Français (French Medical Relief). Similar to the organization formed by the “Biafrans,” Borel intended to form a private emergency response team for natural disasters independent from government organizations, which were hindered by “bureaucracy and political squabbling.”10 They prioritized the establishment of a local emergency response team capable of responding to distress calls and providing medical aid in a crisis, formally establishing one of the earliest ambulance systems in Europe.

Naturally, the interests of the two organizations aligned. On December 20, 1971, Médecins Sans Frontières (MSF) known internationally as Doctors Without Borders, was formed.11 Their mission and charter was to provide emergency aid to populations in distress, including to “victims of natural or man-made disasters, and to victims of armed conflict…,” unrestrained by politics, religion, race, creed, and borders.12

In the years following its formation, MSF faced challenges resulting from internal differences in ideology.13 A core principle of MSF ‘s charter was tèmoignage, “witnessing.” Contrary to the Red Cross from which the organization spawned, a primary goal of MSF was to speak out against any and all cruelties witnessed. Newer members within the organization disagreed with this principle and believed it should be modified on the grounds that it was unrealistic. Many governments do not react kindly to criticisms. To act on this belief unrestrained would endanger the lives of volunteers, those they are helping, and their ability to continue providing aid to the area. Therefore, in some cases, they argued, it would be more beneficial for the victims MSF was helping if some degree of confidentiality was maintained. This directly conflicted with the founding principles of the organization, resulting in a split that would go on to form Médecins du Monde (Doctors of the World).14

MSF, in an effort to achieve balance between an idealistic or a realistic ideology, adjusted this core principle. Though it continues to maintain the principle of “witnessing,” it concedes that “in exceptional cases, it may be in the best interests of the victims for MSF volunteers to provide assistance without speaking out publicly or to denounce without providing assistance” and that “witnessing” is a “last resort to be used when MSF volunteers witness mass violations of human rights, including forced displacement of populations, forced return of refugees (refoulement), genocide, crimes against humanity and war crimes.”15

Originally drafted as a silver lining to appease both old and new members of MSF, this adjusted core principle distinguishes MSF from the Red Cross. The Red Cross remains bound by its stance on confidentiality on the basis that reporting the conditions of crisis-stricken regions would not only violate privacy but would also jeopardize the integrity of the organization and its ability to continue providing aid in the future. A nation with strictly regulated information such as North Korea or Syria would likely not be willing to allow humanitarian aid from organizations known to freely disperse information about its missions. The updated “realist” draft of MSF’s principle of tèmoignage acknowledges this. From a utilitarian standpoint, more can be achieved from not speaking out and continuing to provide aid than can be from speaking out and losing the ability to provide aid. The difference then lies in where the line is drawn, what quantity of human suffering, inhumanities, and deliberate violations of human rights can be tolerated before each organization speaks out. The difference lies in the fact that the Red Cross does not draw a line, while MSF does.16

Today, MSF carries out humanitarian missions around the world, fulfilling its mission in providing emergency relief as well as “witnessing.” In 1999, Médecins Sans Frontières received the Nobel Peace Prize “in recognition of the organization’s pioneering humanitarian work on several continents.” In his acceptance speech, then-president of MSF Dr. James Orbinski publicly condemned Russian attacks on civilians in Chechnya, referring directly to then-president of Russia Boris Yeltsin, who was present in the audience.17 In recent years, MSF notably worked in Haiti after the earthquake of 2010, where MSF teams arrived on the scene less than 24 hours after the earthquake. They also have been involved in the West African Ebola outbreak of 2014 during which over 11,300 locals and 500 volunteers and staff lost their lives. Through the combined efforts of MSF and other international organizations such as the World Health Organization (WHO), the Ebola outbreak was contained within two years at great cost.18

Contrary to popular belief, most volunteers within the organization are employed locally, including over 30,000 members from 28 different countries around the world.19 This international status combined with a lack of official headquarters allows MSF the ability to carry out its missions swiftly and efficiently. In the event of a crisis, MSF will send volunteers to scout the area and report on the situation. Depending on the scale of the crisis, MSF will then decide what kind of assistance to provide to the affected population. Volunteers will be comprised primarily of locals from the affected region or areas surrounding the affected region, as well as a handful of international medical-trained professionals.20 Local involvement lends a layer of sympathy and compassion to the otherwise foreign organization that is MSF, an advantage that few other organizations can claim. To these local volunteers, their work is not just a “mission.” The people they are helping are friends, family, and neighbors. Where we see yet another area affected by crisis, they see home.

“3 out of 4 College Students Say They’re Stressed”: Anxiety and Depression on College Campuses

“They’re free at last, but it’s a double-edged sword,” Jared is a 19-year-old undergraduate student