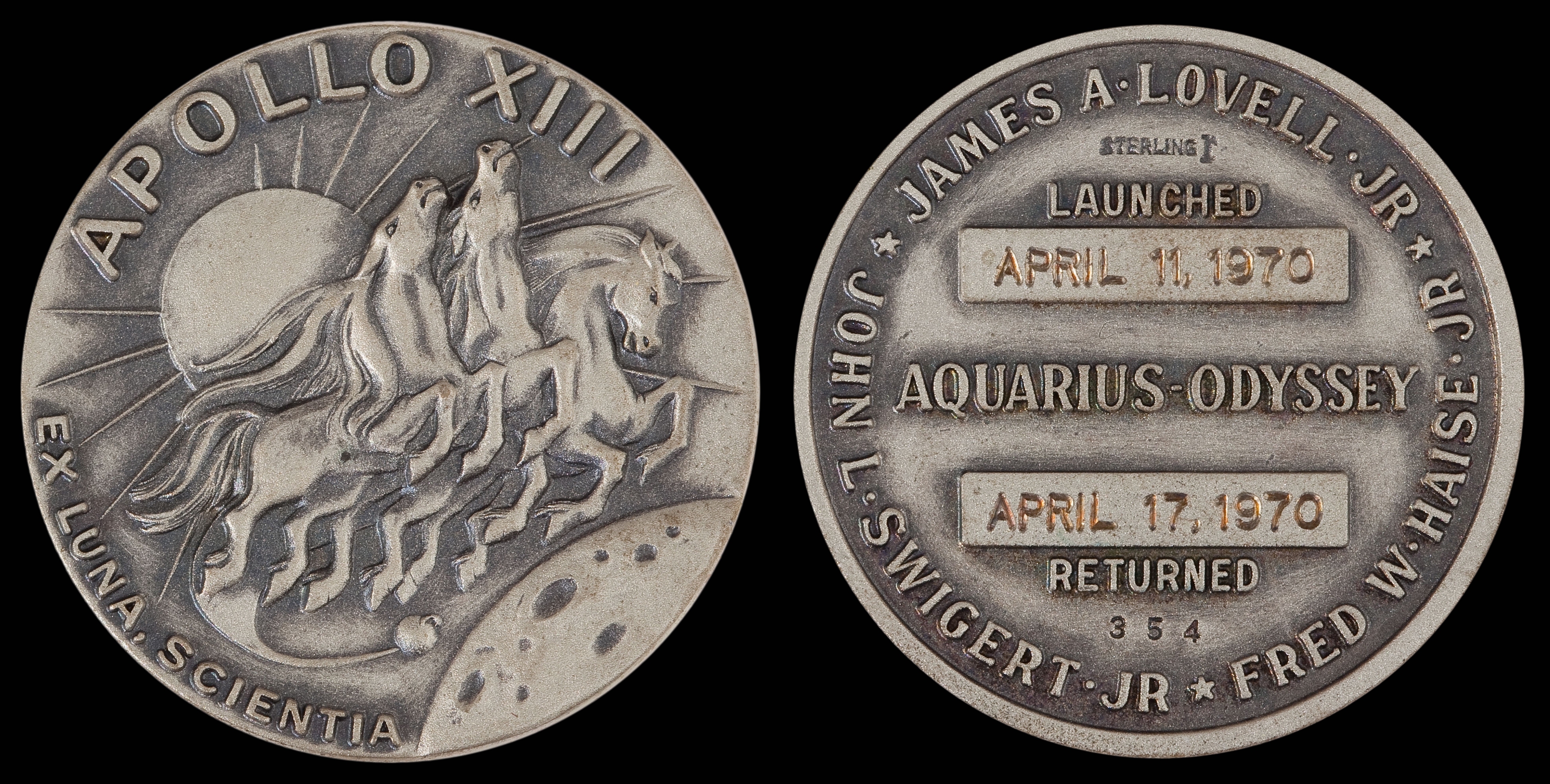 In space flight history, there is nothing worse than the accidental loss of lives. The National Aeronautics and Space Administration (NASA) has been a very successful organization; however, no successful organization goes without accidents. NASA, founded in 1958, had started their new Apollo Program by 1961 after President John F. Kennedy proposed that NASA will have someone land on the moon by the end of the 1960s. At $20 billion US dollars, the new lunar program became the most expensive space program NASA had at this time. Calculated for inflation, this program would be about $213 billion today.1

This new program was the first to use rockets built in three parts. They were constructed with a Command Module (CM), which carried the three astronauts onboard. Then, the Service Module (SM) connected behind the CM, which provided power and life support to the astronauts. The two combined made up the Command/Service Module or CSM. The final part of the rocket was the Lunar Module (LM), which attached to the front of the CSM, and it carried two astronauts onto the lunar surface while one astronaut stayed in the CSM. This revolutionary rocket saved mass and fuel as the SM and LM were discarded before the astronauts reentered the atmosphere in the CM.2

After extensive testing, the Apollo rocket was ready for action. The first few launches of the Apollo program, Apollo 8-10, were “practice runs” for the first lunar landing. Then, on July 16, 1969, Apollo 11 launched. After its journey through space, on July 21, 1969, Neil Armstrong and Buzz Aldrin touched down on the moon. Every TV station in America televised the moon landing. The nation celebrated being the first country to land a man on the moon and especially about beating the Russians to this milestone. The Apollo program reached its goal — a successful moon landing. However, with every success, there are failures.3

Following the Apollo 11 mission, NASA scheduled more launches to conduct further tests on this new frontier. NASA assigned astronauts James Lovell Jr, Fred Haise Jr, and Thomas Kenneth Mattingly II to the Apollo 13 mission. This came as a surprise because NASA had a policy which rotated back up crews for previous space missions to be the pilots for later flights. Lovell’s team had been the back-up crew for the Apollo 11 mission and had been slated to staff Apollo 14, but they were bumped up to Apollo 13. This was because the original Apollo 13 crew had fallen out of favor with NASA due to their lax attitude in training and for incidents in previous missions.4

John W. Young, John L. “Jack” Swigert, and Charles M. Duke Jr were the astronauts assigned to be the backup crew for Apollo 13. Both the main crew and the back up crew did many types of training simulations in preparation for the Apollo 13 launch. They used simulators to practice hitching the LM to the CSM, used reduced gravity rooms by having the astronauts tied to walls to experience one sixth of their weight to learn their energy levels, as well as using CSM simulators to practice maneuvers in space such as course corrections.5

These two crews trained together for months and had constant contact with each other. A week before the launch, the flight surgeon preformed routine health tests to both crews, and he found that Charlie Duke had contracted Rubella from his kids. After further tests, he also found that astronaut Ken Mattingly had never contracted Rubella as a kid and was therefore not immune to it. After deliberation there was only one viable choice.6

In normal procedures, if one member of the main crew was unable to go on the mission, the backup team would go instead, because teamwork and astronauts training together as units are important for space survival. However, this could not happen due to Charlie Duke’s illness. Therefore, NASA decided that Jack Swigert would be promoted to fill in the hole left in the main crew. This sudden change was one of the first in a chain of unfortunate events for the doomed Apollo 13.7

After only three days of the new crew being able to train together, April 11, 1970 arrived. It was the day of the mission, and the astronauts suited up, launching at 2:13 PM. The first stage of the launch went well, but a small problem arose during the second stage when the booster rockets were cut off prematurely. In order to try and compensate for the error, the astronauts burned the third stage rockets a little longer than scheduled. This small error did not seem to be a big issue, and the launch was so accurate that the first planned course correction was canceled.8

Fifty-five hours and fifty-three minutes into the mission, the astronauts were approximately 205,000 miles from Earth when a  devastating failure happened. The Command Center in Houston, led by veteran Gene Kranz, asked Swigert to do a routine cycle of the hydrogen and oxygen fans in the SM to unfreeze the tanks and provide more accurate readings. Two minutes after Swigert ran the fans, the astronauts heard a “pretty large bang.”9

“This is Houston; say again, please,” replied the Capsule Communicator.

“Houston, we’ve had a problem. We’ve had a Main B bus undervolt,” claimed Swigert.10

This “undervolt” referred to the power dropping in one of the spacecraft’s two main electrical circuits. This first conversation began a major series of problems for the Apollo 13 crew and Houston Mission Control. One reporter called it, “the most public emergency and most dramatic rescue in the history of exploration.” Soon after the loss of power, one of the two cryogenic oxygen tanks dropped to zero, which meant that soon the CSM would have no power and no oxygen if the astronauts kept consuming both at a regular level. Houston Command Center began to quickly come up with options to save the astronauts. This mission now had a new goal: get these astronauts back home safely.11

The Houston Command Center and the astronauts concluded the best course of action was to use their LM as a kind of “lifeboat,” because the CSM only had 15 minutes left of power if it was to be used under normal procedures. The crew shut off all systems in the CSM in hopes that they could save enough power, oxygen, and cooling water for reentry. The crew then moved over to the LM. However, this produced another problem: the LM was not meant to be powered for a prolonged period of time. So the crew turned off all unnecessary systems, including the heat, even though the outside temperature was 280 degrees below zero.12

At that time, the crew was 50,000 miles and 20 hours away from the moon. The crew planned to swing around the moon and use its gravitational pull to ship the astronauts back to Earth using a “free-return trajectory.” Due to this change of plans, astronauts fired up the LM to try to do a course correction to perform this maneuver. However, in the process of trying to conserve power, the gyroscopes and other orientation instruments had been powered down. So the crew used the earth and the sun as landmarks to keep their “lifeboat” on course.13

As the crew toughed out the cold and stayed in the LM on their course back to Earth, the Carbon Dioxide levels started to rise to a poisonous level. This was because the LM was designed to filter the oxygen used by two astronauts and not three. This sent the Command Center in Houston to scramble to figure out a solution. The CSM’s filters and the LM’s filters were not compatible with each other, so that was not an option. The team down in Houston had to figure out a way to make a cylindrical filter from the CM fit into the rectangular shaped filter in the LM. So they made a device they called “The Mailbox,” which was a tube from an extra space suit that returned the air through the filter.14

After solving their oxygen situation, the ground grew next needed to develop a plan for the crew’s reentry into the Earth’s atmosphere. This problem was especially difficult due to the amount of power left in the CSM, and the astronauts could not land in the LM because there was no heat shield. The Command Center asked Ken Mattingly, who never actually contracted Rubella, to create a plan to power up the CSM with the limited amount of energy left in its batteries. He went into the simulator with only the gear the astronauts had up with them and created a plan that powered up only the necessary equipment needed for re entry. The CSM only had about 20 volts to work with, so Mattingly’s plan had the astronauts divert power from the soon to be discarded LM to the CSM for there to be enough energy to power up all required systems.15

After they did another burn of the LM’s engines to get back on course and established the reentry plan, the crew was ready for reentry. Swigert went into the CM to power up the required condensation-covered instruments. Lovell and Haise finished shutting off the LM and moved to the CM. They jettisoned the highly damaged SM and their lifeboat LM.16

After many hours of freezing cold temperatures and many long nights, the astronauts made it into the Earth’s gravitational pull. In spite of all of the procedures done to save power, there were still questions if they were going to make it through the 25,000 mile-per-hour free fall through the atmosphere. They didn’t know if the heat shield had been compromised or if the parachutes had frozen and would not deploy correctly.17

The astronauts braced themselves for the reentry, and Houston had to wait six minutes during the radio blackout. The blackout was 87 seconds longer than expected. The entire world thought they had lost them. Eventually, Lovell radioed through that the astronauts had survived. They landed their spacecraft in the Pacific Ocean where American and Russian boats picked them up.18

NASA breathed a sigh of relief alongside the rest of the world. This mission had been an absolute horror for NASA and their reputation. Now it was up to NASA to look into what had actually caused this accident. After the mission returned, NASA put together a panel of experts to theorize what caused the failure. They concluded that faulty insulation on the wiring in the oxygen tank’s fans created a short circuit, which ignited this insulation. This expanded the tank causing the explosion which damaged the oxygen tank and surrounding equipment.19

After this report, NASA came up with a procedure to ensure this would not happen again. NASA redesigned the oxygen tanks and added a third tank so that no tank would be left under half-full. The wires were covered in stainless steel to prevent an ignition of the insulation. The valves and monitoring systems were also updated so that the astronauts and mission control could react quicker should a problem arise.20

The Apollo 13 mission was supposed to be a lunar landing mission. The mission in and of itself was a failure. However, after the explosion, the Apollo 13 successfully completed its new mission, which was to bring their astronauts back. The safe return of the astronauts meant Apollo 13 was chalked as one of NASA’s “biggest successes.” This led to Apollo 13 being called the “Successful Failure.” Putting failure and success aside though, a tragedy was averted and for that the crew in space and in Houston should be commended.21