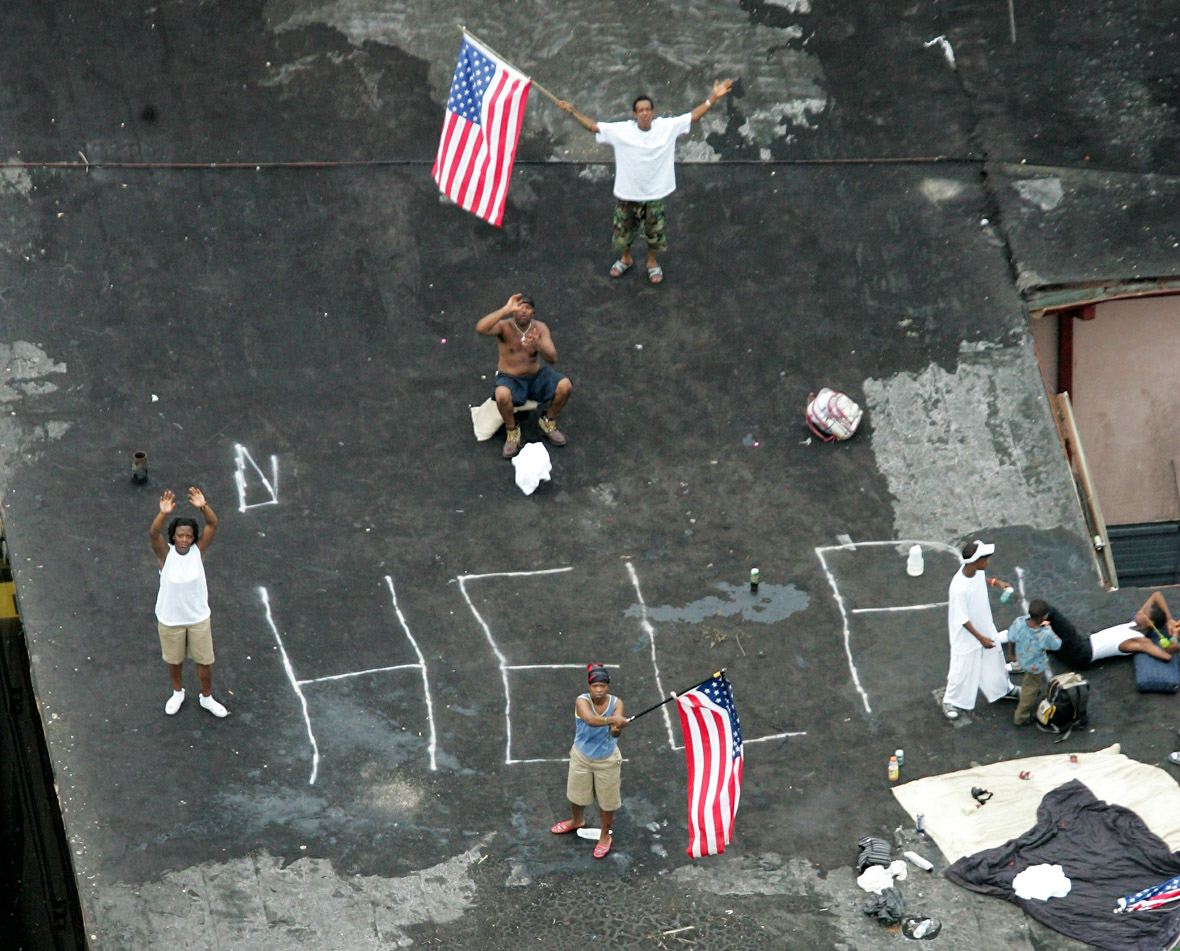 With its blends of French, Spanish, German, African, Irish, and Native American influence, Louisiana is very culturally diverse. Folk tales, spicy food, Jazz music, and its swampy perimeter come together to form a very deeply connected and proud population that is unlike any in the world. With its known reputation of care free fun and dramatics, the community was struck with a disaster that ripped apart its world. Not only did such disaster impact the community of Louisiana, but it affected the whole country and all who enjoyed its lifestyle.1

Hurricane Katrina was the largest recorded and third strongest hurricane to hit U.S. soil. The levees built in Louisiana were built for a category 3 hurricane. However, Katrina peaked at a category 5 with winds reaching 175 mph making it very difficult for people to fight back. The death toll was 1,836 people. This number does not include the 705 people who are still reported as missing.2

The population of Louisiana was severely impacted with nowhere to be sheltered from the wrath of the storm they call Hurricane Katrina. This not only impacted but also enlarged the homeless population dramatically. With homeless numbers not seen before, any and everyone was accepted. Hurricane Katrina moved through New Orleans in August of 2005. This is almost exactly twelve years before the Hurricane Harvey similarly devastated the Houston area in August of 2017. Harvey has now devastated the Texas Coastline and left thousands homeless and out of work. The relief that has been demonstrated this past month is much different from what was demonstrated in 2005. Hurricane Katrina hit a part of America where there was a high percentage of minorities, mostly African Americans, many living in low income family housing. This was a difference between Louisiana and Corpus Christi and Houston where the latest Hurricane hit, where there is a much larger variety of people that come from many different backgrounds. Unfortunately for the New Orleans area, this meant slower relief to be had by those affected. Those in power, like the President at the time, George Bush, were accused of not caring about “blacks.” He didn’t show up or officially offer help as fast as most believed that he should have. The long term effects were deadly to say the least. There were 1,836 people killed by the storm. The storm hurt so many people and it was their will to live that truly saved their lives. One family, the Browns, are living miracle workers.3

The three-person Brown family lived through the storm and even lived to tell their story. Andre and Alisha had just bought their first home. They had a baby boy, Andre Jr, who was also recently born. They were minorities, and in their words, “forgotten about.” Andre has described how they chose to stay at their own home, and how he had just replaced the roof himself, and was confident that it could hold. That is until the levees broke. The water rushed all the way up to their second floor, and his family rushed up the stairs and into the attic, and then onto the roof. There they waited, and about 24 hours later they were picked up by some neighbors who had a boat. They were taken up to a large overpass with about two-hundred other people who had lost everything. These people he described as getting desperate and mean. They were robbing people and taking their possessions. On the fourth day of being on the over pass with no food or water, they saw an 8 year old try to climb up onto the over pass. He slipped and fell fifty feet and no one did anything to help. Everyone was exhausted and over agitated due to robbers lurking everywhere. The only thing Andre Brown could think about was that he and everyone on that bridge had been forgotten about. It was calm and fine enough weather for rescuers to come and save them. But they didn’t. There were no helicopters flying over nor rescue teams on their way. He knew that everyone on that bridge were minorities, mostly black. He lived in a black area called Gentilly, and felt as though he would have been saved a lot sooner if he had lived in a white neighborhood. This is when he knew he had to leave and save himself instead. It was then when Andre Brown started to scan the entire bridge. He saw an old man lying on a air mattress and decided to ask him for help. He went up to him and pleaded with the man to loan him that air mattress. The old man looked him in the eye and then looked at his wife and baby, and without a word, gave the Brown’s his mattress. Once the family was on the mattress and in the water, his wife and baby start crying and wanted to go back. Andre Brown did not stop pushing away from the bridge though.Three hours later, the mattress hit something in the water. It was a dead body and Alisha Brown started to come undone. Andre Brown now had to calm down his wife and hold on to his little baby. His perseverance is what got them to his sister’s house, and they were overjoyed by their good fortune. His sister had been sustaining herself and family for two weeks and was so happy when her brother showed up at her house.4 Finally, a week after they arrived at his sister’s house, everyone in his sister’s house was evacuated. This is much different from what happened in the days after Harvey hit. No one was left behind like they were in Katrina.

Since all of this devastation, all the Brown family wanted to do was give back and help someone every day.5 Their family has fully physically recovered from the Hurricane. They have rented a new house in New Orleans and have gotten back into the workforce. Andre Brown is a delivery man in the home and style section of a local furniture store. He and his three-person family are back in the swing of life, going to work, raising a child, and living every day to the fullest.6 They still remember and think about Katrina often. They mention that it is normal for Katrina to be brought up within the first sixty seconds of conversation when meeting a new person in New Orleans. Most everyone has a story to tell. Even though it was devastating, it was also very humbling. It happened to everyone and now everyone has had to start over. Most believe they are better for it. It allowed the community to come together and grow from such devastation and become something new and fresh. Many who loved and supported New Orleans fled the streets of Louisiana to rebuild what was damaged. From state to state and even other countries, Louisiana was being carried into a new light of rebuilding. Millions of those touched by the tragedy offered a helping hand with donations of food, money, and supplies for those who were affected. The new reputation of Louisiana is something of resilience and a new-found humbled attitude. The state had it tough before, but is now even more grateful for being able to come back and make better after all of the destruction.

Hurricane Katrina was definitely a learning experience for all it affected and even for all who only heard about it. New Orleans is a place where millions go each year to party and leave their troubles behind. Now that New Orleans has experienced its own troubles, people around the world are able to look to it for wisdom. Though efforts for Louisiana may have come slower than needed, this state continues to strive to be home to many unique people. Learning to listen to mother nature and to help those around you is something many live by to this day. It was the acts of many who made this tragedy a new success story. A devastating hurricane is what they got, but what they came away with was a little more resilience, their Lagniappe as they would say. They might not have asked for deathly waters and winds, but in the end, they are a stronger people because of it.7