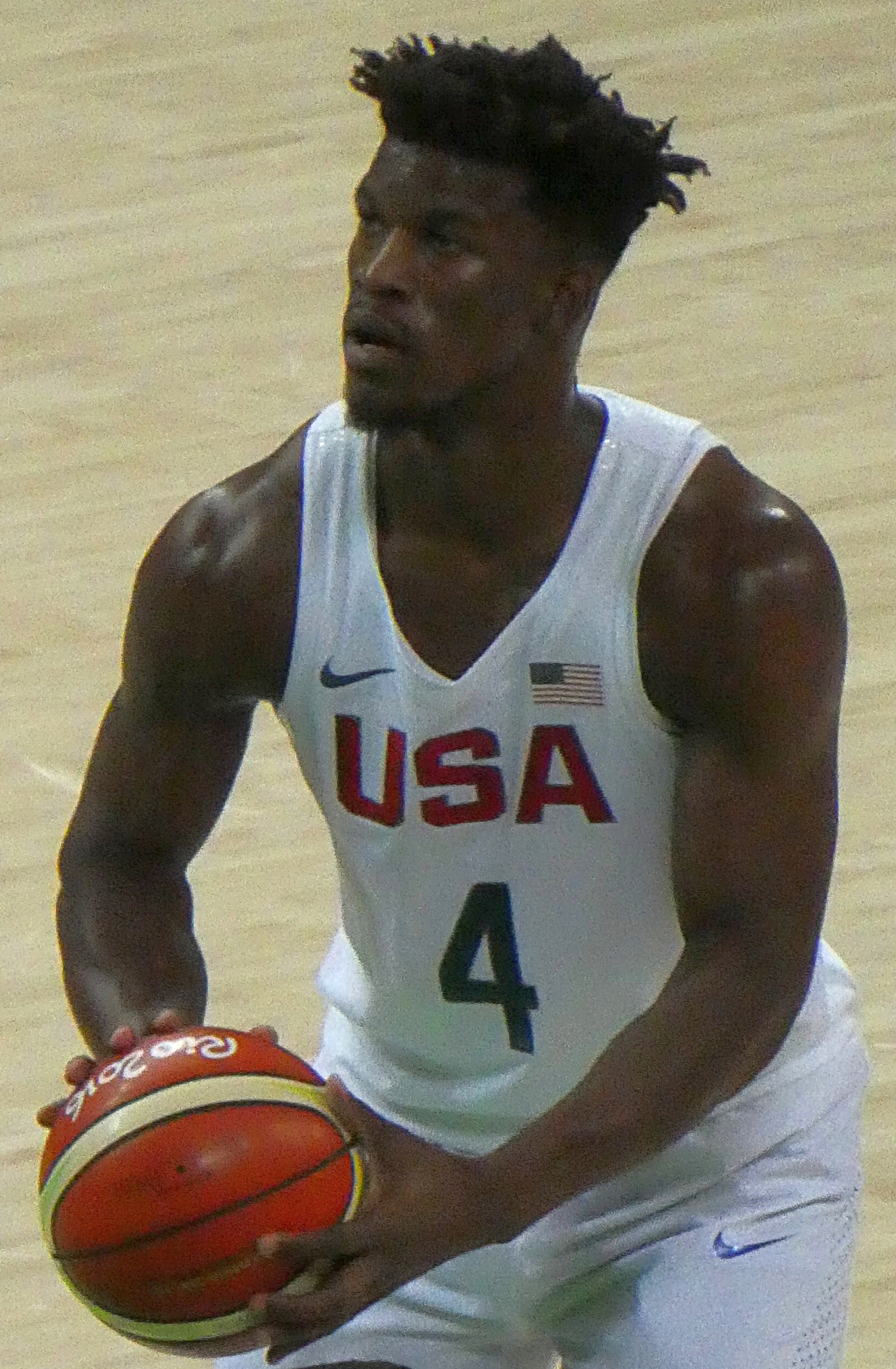 The road to success is rarely an easy one. Many fall and stumble along the way, and others just give up before the journey even begins. The strongest people are the ones that keep going no matter how many detours life gives them. Jimmy Butler is an All-Star in the NBA who endured the path that was set for him, and because he did, he is now worth millions. From being told, “I don’t like the look of you—you gotta go” by his own mother, to becoming a valued player for his respective team, Jimmy Butler struggled countless times, but despite it all, he stuck to what he knew best and became the player and person that he is today.1

Jimmy Butler was born on September 14, 1989 in a small town in Texas called Tomball, a suburb of Houston. Butler’s life was not always as glamorous as it is now. He had trials he had to face as well. Butler’s father left at an early age forcing him to live with his single-parent mother, until one day when he turned thirteen, his mother told him, “I don’t like the look of you, you gotta go.”2 The young Butler had no direct help, and at times, he was seen homeless. But he moved from one foster home to another, constantly hoping to find a place to stay and call home.

While playing basketball with a friend in high school, Jimmy Butler was invited to go play video games with his future best friend Jordan Leslie, and it was there that Butler finally found a place to stay. In this home, Butler met his mother figure Michelle Lambert, who helped with his growth and made him promise that he would go to college and make something of his life.3

Jimmy Butler decided to take basketball more seriously, but at the end of all his efforts, he was still just an average player. Coming out of high school in 2007, Jimmy Butler was ranked 72nd in Texas, which, when put into perspective, is not all that great.4 The only ranked players that most college scouts look at are in the top twenty. So the fact that Butler was ranked 72nd meant that no college was really looking at him, because the stats did not show that he was an amazing player. Due to his ranking, and with no big colleges willing to recruit him, Jimmy Butler had to start his college career at Tyler Junior College, where he was again an average player.5

Butler played at an average rate during his time at Junior College, but, in 2008, it was his work ethic that got him into Marquette College, a Division 1 university.6 While playing during a game, a coach from Marquette noticed how hard Jimmy Butler was working in comparison to the other players, and he gave him an offer to go play at Marquette.7 Of course, Butler jumped at the offer. For him, this was a dream come true. It was at Marquette that Butler met his new inspiration and father figure, head coach Buzz Williams.8 Coach Williams was hard on Butler, and Butler knew that he was being hard on him. During Butler’s time at Marquette, Coach Williams scheduled a mandatory practice week during Fall Break, and had the whole team, including Butler, participate in two-a-days in the middle of the wilderness. A two-a-day is a more intense and strenuous workout. Instead of being on Fall Break and enjoying their time off, the whole basketball team had to participate. 9 Coach Williams pushed Butler to work hard, but Butler pushed himself harder. Butler knew that he was an average player; his stats showed that, and his rank showed that. He wanted to change that stigma so badly that he became obsessed. During practices, Butler would get so upset when he would make a mistake, he would start cursing and getting down on himself so much that he performed worse because of it. It got to a point where coaches would deduct points for his tantrums to try to calm him down so that he would perform better.10 Even though he had this unhealthy obsession, his hard work began to pay off.

When the draft came around in 2011, Coach Williams reached out to the Celtics, the Clippers, and the Bulls, and he talked to them about Butler’s work ethic and potential. All teams were uninterested, but it was the Bulls that took a chance on Butler and picked him last of the first round in the NBA draft.11

While in college, Butler honed his obedience to the point that he would only do what was asked of him by the Coach, and that translated to his shot at the NBA. An example of Butler’s obedience was shown during a game against the New York Knicks when they had Carmelo. Butler was asked to guard Carmelo. During the middle of the game, point guard Derrick Rose was being doubled-teamed so he passed the ball to Butler and even though he was wide open, Butler passed it back to him. When a timeout was called, Rose asked Butler why he did not shoot the ball; Butler simply said, “I’m only guarding Carmelo.”12

During Butler’s first and second season, he had very average statistics, but he proved himself during the playoffs of his second season. In the 2013 playoffs, Jimmy Butler had above average stats, and because of that, he was able to become a full-time starter for the years that followed.13

On October 16, 2014, the Chicago Bulls were playing a very intense game against the Atlanta Hawks. The game went neck and neck from the beginning. The players lined up for the last second-and-a-half of the game, with the score 84-82, Atlanta Hawks leading. The ball was in-bounded by the Chicago Bulls. As the referee gave the ball to a Chicago Bulls member, all players started scrambling around, either to get open, or to play defense. In a split second, Jimmy Butler barely got open, got the ball, and took the shot…and made a buzzer beater three-pointer that solidified the Chicago Bull’s win over the Atlanta Hawks.14

The hero of the game, Jimmy Butler, had amazing stats, such as 29 points while shooting 8 for 14, 5 rebounds, 2 blocks, and 2 steals, all while playing 31 minutes, which was the highest stats recorded in that game.15 On top of those stats, Jimmy Butler hit a game-winning shot and he was not even considered an All-Star until after this game. Through this hard work, determination, and unwillingness to give up, Jimmy Butler has shaped up over the years, despite all his hardships, and became a player like no other in the NBA.

The year 2015 was Jimmy Butler’s breakout year. By averaging 20 points per game, 5.8 rebounds per game, 3.3 assists per game, and 1.8 blocks per game, Jimmy Butler had shown that he was more than an above-average player and was named a 2015 NBA All-Star. Despite being kicked out of his home at a young age, being an average player in his youth and college life, and being drafted last of the first round, Jimmy Butler still managed to become an amazing player and became the first Chicago Bull to be named the NBA most improved player.16

Jimmy Butler went from a player that nobody wanted because of his lack of skills, to a player that almost everyone wants and is willing to pay millions for. Even though he had a rough upbringing, Butler continued to strive for more, even through all his fame and promotion, and that is what set him apart from many other players. Butler became an All-Star, played on the USA Basketball Team, and made multi-millions. But despite all of his accomplishments, he remained humble and continued to work hard day-in and day-out.17