The Fall of the Russian Imperial Family & Its Lost Princess Anastasia 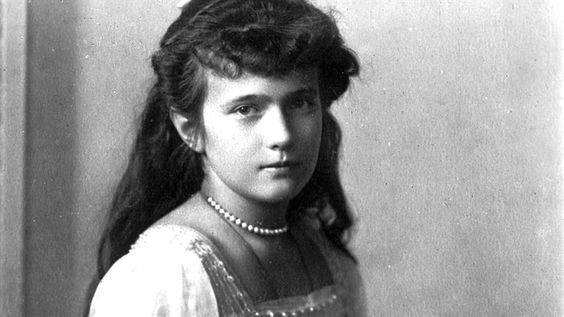 The youngest daughter of Alexandra and Nicholas II, the last tsar of Russia, was born in 1901 near St. Petersburg, Russia. Anastasia Nikolaevna Romanov, along with her three older sisters and one younger brother, were heirs to the throne that they believed would continue to rule Russia indefinitely.1 However, the Romanov dynasty–after ruling from 1547 to 1919–came to a gruesome and abrupt end when the family was executed during the Russian Revolution by the Bolsheviks. But because there was no proof of Anastasia’s death among the graves, the public has ever since been fascinated by her possible mysterious disappearance. She has since become the story line for books, movies, and even plays. Over time, the lost Princess of Russia has become a significant cultural figure in Russian history.

This most fabled of the Romanovs was named Anastasia, meaning “the breaker of chains,” because Nicholas II had pardoned a group of students that had rebelled in St. Petersburg the year she was born. The Tsar was disappointed that his wife had birthed yet another daughter and not yet a son to take the throne. When Alexandra did finally give birth an heir, he was born with an extreme case of hemophilia and was not expected to live beyond his childhood. It was said that the pressure of birthing an heir affected the Tsarina during her pregnancies, and for this reason the children suffered from illnesses; for Anastasia’s part, sh had a foot disorder and back weakness.2 Despite her poor health, Anastasia was a lively and charismatic child, who was nicknamed the “Imp” and “Sunshine” since she would spend her days playing with her siblings or pulling pranks on her family or servants.3 She climbed trees, played with animals, and like any other child, would cause chaos. Except she was not like any other child; she was a Romanov. Anastasia was part of the longest Russian dynasty to ever rule; at the end of the day, she was royalty.

Despite their riches and huge palaces, the Tsar and Tsarina did not spoil their children or give way to an affluent lifestyle. The princess and prince shared rooms and had a strict, fixed schedule that included cold showers, breakfast, tutoring (in languages, grammar, geography, Bible studies) and then dinner. Although the young princess was described as being outgoing, social, and sometimes even a trouble maker, she never spent time with outsiders because her interactions were limited to the people who lived with her.4 Forbidden from leaving the grounds, Anastasia and her siblings lived almost as prisoners in their wealthy, quiet, and stern homes. There was, however, one person that Anastasia viewed as a close and intimate friend: Gregory Rasputin.

After using some of his alleged healing powers on the sickly prince Alexei, the Romanov family took in this strange, holy man from Siberia. Rasputin quickly gained the trust of the Romanov family and would use his influence to attack enemies in the government and move up the social ladder. The family’s close relationship with Rasputin was criticized strongly by many, whispering that he had seduced the Tsarina Alexandra and the young princesses, including Anastasia.5.

The family’s close bond with this mystic man discredited the authority of the Tsar and increased the public’s resentment towards Nicolas II, who had proven his lack of leadership when Russia was defeated in the war with Japan in 1905. After this, the people of Russia demanded civil liberties and an end to the war, but the authorities responded by opening fire on these peaceful protests, a day known as Bloody Sunday.6 In an attempt to reconcile with the public, the tsar granted the people a house of parliament, named the Duma, and a constitution, but he nullified and ignored both, and so tensions escalated. Then in 1914, when World War I broke out, the tsar left Empress Alexandra and her right man, Rasputin, in charge of the government while he commanded the Russian army on the battlefield. This decision allowed Rasputin to abuse his authority and, in 1916, Russian generals and other  relations to the royal family had had enough and assassinated him. World War I resulted in a high number of Russian casualties, a blow to the economy, and social instability that resulted from a lack of resources such as food. In these times of chaos, the people blamed the royal family for involving Russia in this bloodbath; so they, along with the Tsar’s generals, demanded that the Romanov’s give up the throne and hand power over to a provisional government, the first Revolution of 1917.7

This unstable, temporary government lasted only until it was overthrown by Vladimir Lenin and the Bolsheviks, the second Revolution of 1917. The Bolsheviks moved to create soviet rule after the Russian Revolution. It was Lenin who decided to place the Romanov family under house arrest in Ekaterinburg in the Ural Mountains. The family was heavily guarded, given limited portions, and treated like traitors to the Soviets. Despite the unfortunate conditions that the Romanov’s faced, Anastasia, who was by this time seventeen years old, refused to let the Russian Revolution and the Bolsheviks break her spirit. She would sing, joke, and pull pranks while her father would read books, all in an attempt to lighten the somber mood. While they were under house arrest, the family sewed jewelry into their clothing in the event that they could escape the house and flee. However, before Anastasia and her family could even attempt their escape, Lenin ordered the execution of the Romanovs in 1918.8.

The guards and a squad of Bolsheviks led the family into the cellar in the house of Ekaterinburg, where after being read their death sentence, were brutally shot. The men hesitated shooting Anastasia and her siblings because they were children, so most of the gunfire was directed at Nicolas II and Alexandra. However, the orders were to kill, and after the first round, most of the family was still alive due to the bulletproof undergarments they had sowed with their jewelry. Sadly, no type of jewel could have saved the family from being cruelly stabbed to death in a cold, dark cellar. No member of the Romanov family survived that night. The myth that Anastasia and her brother had survived the executions was created when word spread that two members of the family woke up as their bodies were carried out of the cellar. Unfortunately, they didn’t escape, instead they were stabbed to death, driven out into the forest, burned, and their ashes scattered.9

The Bolsheviks tried to conceal the brutal death of the Romanovs to avoid any type of opposition to their new rule. But soon after, the world learned about the horrid events that occurred in Ekateringburg.10 It was the tragic end of the royal family and the innocence of the young Princess Anastasia that inspired the people of Russia to hope that she was still alive. Rumors that Anastasia had survived spread like wildfire in Russia, Germany, and all over the world, including to the United States. The people’s undying hope and the lack of evidence of Anastasia’s death, gave way to impersonators who claimed they were the rightful Anastasia and deserved her inheritance and fame. These false claims were for the most part brushed aside, until Anna Anderson woke up in a hospital in Berlin after a suicide attempt and claimed to be part of the Romanov family.11 From the 1920’s and until her death in 1984, this Polish woman tried to convince the world that she was indeed Anastasia. Some distant relatives of the Romanovs believed her, although others, like a close aunt, Olga Romanov, did not and called her a stranger. In 1970 Dr. Alexander Avdonin discovered the grave that contained five of the seven members of the Romanov family, but kept it a secret until the fall of the Soviet Union in 1991. The DNA was examined for years, but it was not until 2007 that Anastasia’s remains were found and her death was then confirmed to have happened on the day of the execution.12

The tragic and heart breaking story of Princess Anastasia and the fallen Romanov family was romanticized into books, plays, and movies. For example, the popular film “Anastasia” was produced in the 50’s,  the musical “Anya” was a success on Broadway in the 1960’s, and even in 1997, Walt Disney released an animated film about Anastasia–who fights against a demonic Rasputin in order to recover her identity.13 Although entertaining, these movies and plays do not convey the true, gruesome, and unfair story of Anastasia. Instead, they do a good job of creating a fantasy that guarantees a happy ending to the myth. Sometimes it is easier to hope for happy endings and fairy tales than to open our eyes to the harsh reality of life, as was the case with the life of Princess Anastasia.

To this day, there are those who doubt the authenticity of the DNA results and believe that Anastasia did manage to escape. The Russian Orthodox church has proposed to grant Anastasia sainthood in order to honor the Romanov family and the great Tsars that once ruled Russia, but others believe that they should remain buried in the past.14 Whatever the case may be, there is no denying that Anastasia is a symbol of the power behind royal families, an icon of Russian history, a romantic fairy tale, and a tragic ending that will continue to live on.