She’s Made of Plastic, It’s Fantastic! How Barbie’s Maker Used “Imagination For Her Creation” 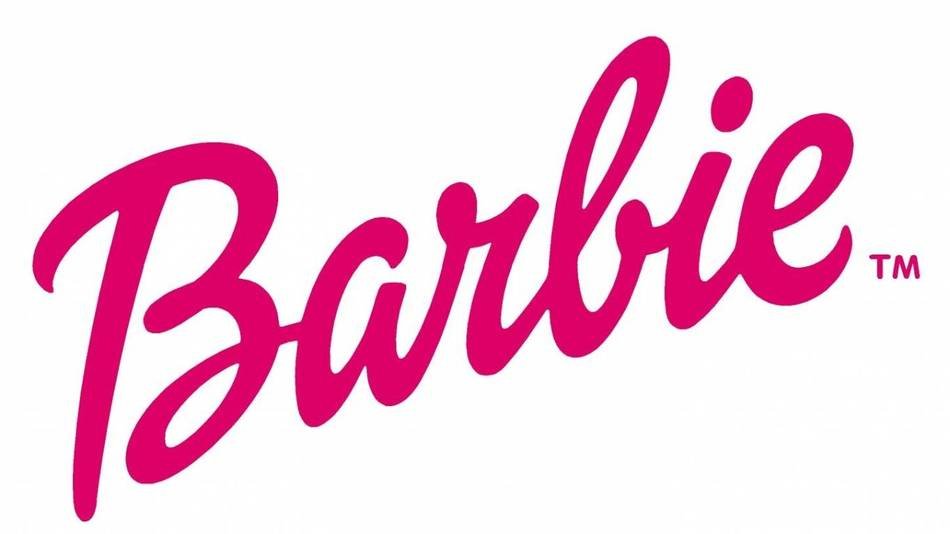 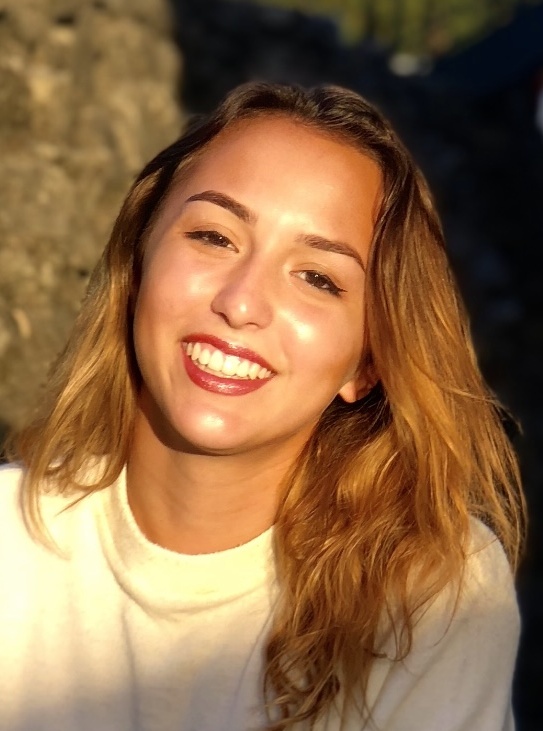 I’m a Barbie girl, in a Barbie world! For many children, the “Barbie world” has provided an outlet to act out and play on their dreams of growing up. With her fabulous outfit changes, wide-ranging career opportunities, and iconic merchandise, the Barbie doll was and continues to be a memorable aspect of childhood, a product of imagination, and an influencer of the way a nation of girls has come to see themselves. Though the world knows Barbie as her own person, a lot of her personality can be viewed as a reflection of the woman who birthed her, Ruth Handler.

Handler was born on November 4, 1916, in Denver, Colorado into a family full of hard-working and supportive businesspeople. As a child, Handler didn’t like dolls and never played with them. In fact, she was a self-proclaimed tomboy who preferred working over playing. In fact, Barbie’s iconic resume of diverse professions can be viewed as a reflection of Ruth’s early-set enthusiasm for job opportunities. Handler was always picking up and enjoying jobs, ranging from working as a cashier at a pharmacy when she was ten years old, to working at a family luncheonette, and even temporarily managing it. When recalling her early entrepreneur days, Handler stated, “I don’t know what was driving me, but I needed to prove myself from the day I was born.”1

Later on, Ruth married an aspiring artist by the name of Isidore Handler, whom she referred to by his middle name, “Elliot.” Together, they moved to Los Angeles, California, where Ruth worked at Paramount and Elliot at the Beranek and Erwin Lighting Fixture Company. With Elliot’s artistic talent and Ruth’s natural salesmanship, the two were able to launch a successful business. Soon after the beginning of this partnership, Ruth became pregnant with their first child, Barbara Joyce Handler, and three years later with her second, Kenneth Robert, also known as Ken. Although she loved her children dearly and enjoyed spending time with them at home, she “missed the fast-paced business world.” For women in the 1940’s, the combination of being a full-time worker, mother, and wife was uncommon. Ruth Handler was ahead of her time.2

Together, Ruth and Elliot, along with an old coworker of Elliot’s named Harold “Matt” Matson, launched the business named Mattel. Their company faced several obstacles, including increased demand from the company that caused Ruth to devote more of herself to the company, thereby driving Harold away. Through the investment of Ruth’s brother-in-law, Mattel was able to grow, and by 1952, the company had employed seven hundred office and factory workers. One of their first toys, the “Burp Gun,” which was based on the Mickey Mouse Club show, was introduced at Toy Fair, an event for companies to launch their products to store buyers, where it was loved and purchased in large orders. Unfortunately, the show didn’t air until later in the year, meaning the consumers didn’t know anything about the toy, and thus it resulted in cancelled orders and hardly any sales for Mattel. Once the show aired, however, the “Burp Gun” was a huge success—even President Dwight Eisenhower’s grandson received one!3 This hit toy proved that marketing to kids, rather than to store buyers, was a smart move to make, and it paved the way for the next toy that would aim to appeal to young girls.4

Elliot was usually the one in charge of designing the toys, but Ruth had developed a design of her own this time. As she raised her kids, she paid attention to her daughter, Barbara’s, playtime and noticed that she and her friends quickly became bored and uninterested by the baby dolls that were the available toys for girls in the 1950s. Because of the societal ideals for women during this time, these dolls were either made for young girls to practice being “Mommy” and nurture them as if they were their own babies, or they were “glamour” dolls which guided girls to buy and learn how to use beauty products. Ruth noticed that her daughter Barbara and her friends preferred to play with adult paper dolls, despite the frustrating fragility of the material.5 In an interview, Ruth explained these observations. “They would sit and carry on conversations, making the dolls real people. I used to watch that over and over and think: if only we could take this play pattern and three-dimensionalize it, we would have something very special.”6

Ruth’s design for the doll was very much influenced by the ideals of women and beauty during the 1950s, especially with standards set by movie stars and pinup girls. Ruth wanted her doll to be pretty enough for girls to aspire to look like her when they grew up, as the doll would embody what the girls would like for themselves. The doll she used for inspiration was the “Bild-Lilli” doll, which was a risqué novelty gift for men—a much different target audience than the one Ruth had in mind. Ruth was insistent on creating her doll with similar features, despite her husband’s protests that “no mother is going to buy her daughter a doll with breasts.” The rest of the all-male team agreed with him, saying that the doll Ruth envisioned was too curvy, sexual, and expensive.7 Even still, Ruth wanted this doll to represent everything a girl could aspire to be as a teenager, and argued that “a little girl could dream dreams of growing up and every grown-up she saw had breasts!”8

As a businesswoman herself, frustrated with the idea of staying home and being a housewife all day, Ruth wanted to design the doll in a way that would get girls to aspire to have duties that went beyond the kitchen. One of the ways in which the doll would achieve this was through her clothing and accessories. Her outfits featured in stores would not only follow the fashion trends seen on both celebrities and on the general public, but also would be made in accordance with her varying professions, such as a pink doctor’s coat or a navy blue police officer’s uniform.9 Author of Forever Barbie, M.G. Lord, said it best, “Barbie was her own woman. She could invent herself with a costume change.”10 The goal was for little girls to fashion and model her to their hearts content, and to know her as her own person, as well as a person they could aspire to be like someday.

With the messages of glamor and opportunity encompassing each plastic doll, Ruth felt sure that her toy would be a success. This doll was her dream. At the Toy Fair, Mattel introduced the doll as “Barbie Teenage Fashion Model” in order to decrease the attention of her sexuality and increase the message to parents that Barbie would serve to inspire young girls to be well-groomed. This wasn’t enough. The doll was hated! Interviewed parents were disturbed by Barbie’s figure, buyers were concerned over her breasts and sex appeal, and toy industry competitors were shocked that another company would try to sell “whore-looking dolls.” Even Lou Kieso, the representative buyer for Sears, who could heavily influence Barbie sales, was unimpressed and refused to take a sample back to the Sears headquarters, as did a majority of the other buyers. Ruth was devastated. She cut the entire production by nearly half and spent the next few months worrying about what would become of her creation, of whether it would disappear before even having the chance to be introduced to the public.11

But then, everything changed. Once the television commercials aired, school ended for the summer, and kids started seeing the doll on the shelves of the stores, Mattel started getting calls from buyers who wanted to buy the Barbie doll. Ruth recalled that “the industry was just going frantic with demand for Barbie.” It was like the “Burp Gun” all over again. The public fell in love with Barbie, and Ruth’s dream for the doll to allow girls to impose their dreams and their own realities onto the dolls, that girls would view Barbie as themselves rather than someone to nurture, was coming true.12

Barbie has become one of the best-selling toys in history, as well as the best-selling doll in the world. She brought in sales that reached in the billions, and her six-letter name would receive recognition around the world. That being said, Ruth didn’t just create a money machine. By birthing Barbie, Handler also created a controversial icon that would spark heated debates later on. For Ruth, as well as for many others in the world, Barbie was not simply a symbol of beauty, but rather, her purpose was to provide the opportunity for girls to define what it means to be feminine in their own way.13 However, arguments have and continue to be made over Barbie’s unrealistic body proportions, her exclusion of people who look different than white, thin, able-bodied women, as well as whether her emphasis on fashion overshadows the actual career she’s dressing as—implying that women care more about how they dress for their job than actually working. The Barbie doll has become the subject of conversations regarding important societal issues, such as gender roles, feminism, and body image.14

Hearing the voices of movements, critics, and fans, Mattel has been continuously attempting to make Barbie dolls more diverse and inclusive, whether that’s making Barbies with features of different races or creating Barbies of ranging body types.15 Though there will always be improvements that can be made, Ruth’s vision for young people to aspire to be both opportunistic and feminine, both hard-working and glamorous, lives on through her successful and iconic Barbie doll.

I am a student at Saint Mary’s University, Class of 2024, majoring in Communication Studies and minoring in Sociology. I've grown up in San Antonio, and I love taking part in my community through voluntary or organizational programs. I find great value in serving others and building connections with them. In my free time, I enjoy reading, exploring, and spending quality time with other people.
Author Portfolio Page