The Ancient Egyptians and the Dead 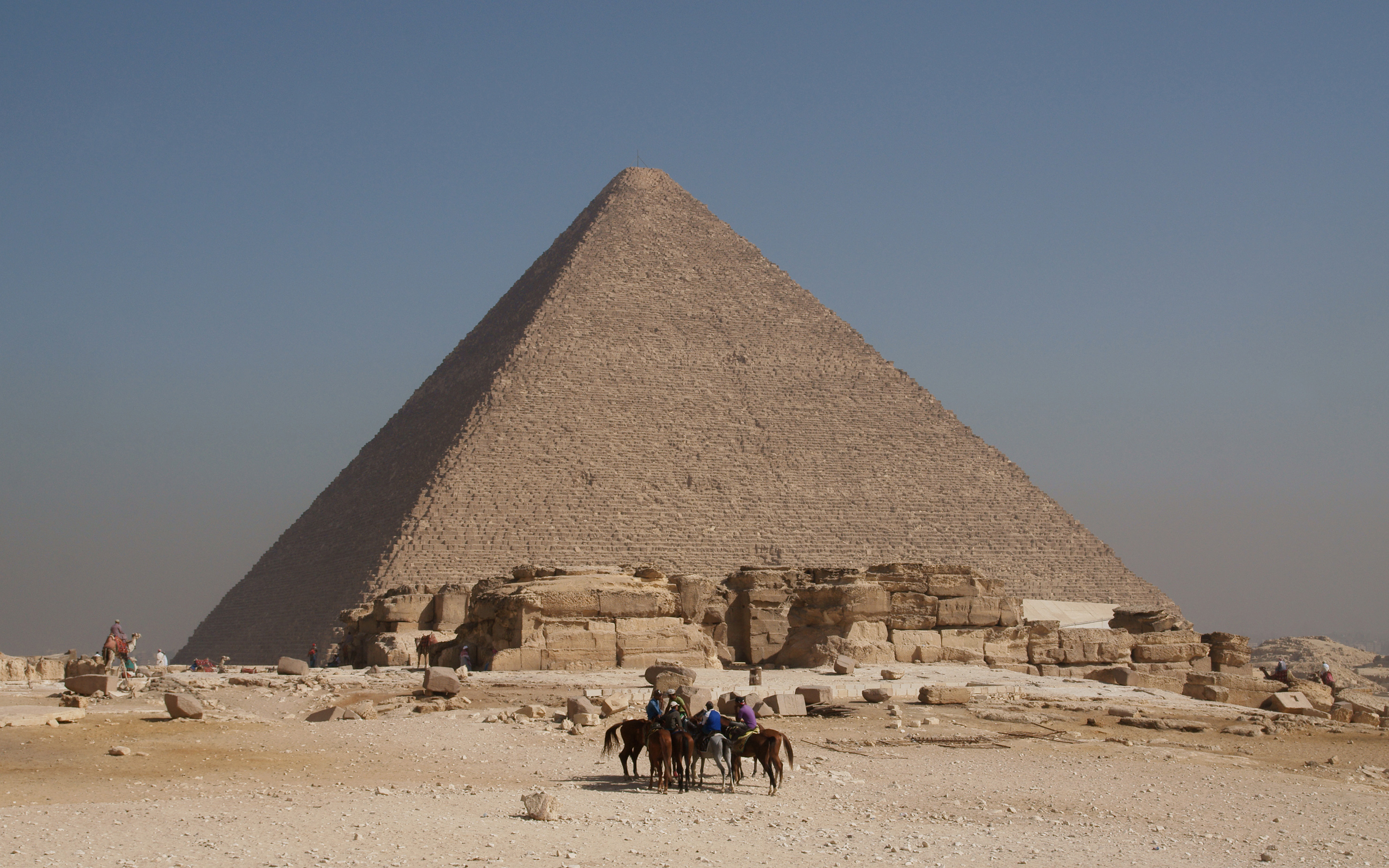 I think that it is a given that humans have a bit of a fascination with death and everything that comes after, that is, if one even believes that there is anything that comes after death. In fact, one can find that this fascination can even be seen in ancient human societies, and of all of them there is none that shows more fascination with the dead than the great society of ancient Egypt, which built great monuments and sculptures to the dead, wrote guides for the dead to use on their journey through the afterlife, and mummified bodies so that the “Ka,” which was their concept of the soul, could travel and exist in the afterlife.

One of the most well known things about the ancient Egyptians are their mummies; but what exactly are mummies? They are not the man killing monsters that Hollywood films have come to portray them as, but are rather simply the preserved and mummified remains of a person. This leads us to the next question: why mummify the dead? The reason the dead where mummified is simple: without the body, the Ka cannot exist and the Ka is what allows one to travel and live in the afterlife.

The Ka itself is very much like the Christian concept of the soul, which is believed to go either to heaven or hell after death.1 According to Egyptian culture and religion, the Ka is the spirit-body. However, in order for it to exist, it must also have a physical body. So to insure that the dead would be able to go to the afterlife, the body was mummified so that it might stay behind as the Ka moved on to the afterlife.

While the Egyptians mummified the bodies to be sure that the Ka had a physical form in which it could reside, there was still an issue: tomb raiders. Tomb raiders plundered tombs and took the bodies of the dead, or defiled them, causing the Ka to become separated from its physical form. It is important to keep in mind that this was not really an issue for the poor members of society, but for the elite and pharaohs of ancient Egypt this was quite important.2

It is for this reason that the high elite of Egyptian society—mostly the pharaohs—had statues made and sculpted in their image. They believed that, if their tomb was raided and something happened to their body, the Ka simply moved from the body to the statue, which became the new physical form in which the Ka resided.3

Egyptian funerary texts are another aspect of the Egyptian culture that exhibits a fascination for the dead in ancient Egyptian culture. The funerary texts, called “Per en Bru” by the Egyptians, roughly translates to the Coming of Days. The texts themselves were very unique, each created with the intent of helping the deceased travel through the afterlife.4 In a sense, funerary texts were a kind of general guide or handbook, which consisted of a multitude of spells and information on the afterlife that was believed to help the Ka on its way to the new life.

Another thing that shows how fascinated the Egyptians were with the dead can be found in urns and canopic jars. It was not until the first explorations of the Egyptian tombs that archaeologist came to find the canopic jars, and it was not until they were opened that archaeologists learned that within these jars were the preserved organs of the dead.5 It was only due to the discovery of the funerary texts that archaeologists learned the reason for this. What was learned was that the organs were placed into the jars so that the Ka would be able to take them to the afterlife. However, not all organs were preserved in these jars, and not all of the ones that were preserved served a practical use. One example of this is the heart. In fact, the funerary texts detail how the Ka would carry the heart to Anubis, who would then place it on a scale to be weighed against a feather of Ra. Once place on the scale, the trial of judgement would begin; now there are some important things to know about this trial; first, the feather of Ra symbolizes purity and perfection; second, the heart represents the soul or Ka, so when the heart was placed on the scale, if it weighed more than the feather, that meant that the Ka was not pure, and Anubis would have his beast devour the heart, thus erasing the Ka. However, if the heart weighed less than the feather, that meant that the Ka was pure and could move on to its new live in the afterlife.

Egyptian culture and traditions are quite interesting, because it reflects on their believes and the way Egyptians connected to each other. Egyptian society were not concerned that they would die and live in a hell for eternity. Instead, they felt it was necessary to decorate their tombs and have as much luxury for their eternal life. However, in modern Western societies, people hold religious values, believing that eternal life could be in heaven or in hell. I enjoyed reading this article.

I was going into this article knowing very little about Eygpt and how they would handle the dead or pretty much anything dealing with death but after reading this I feel very informed about the subject. I thought the “Ka” was very interesting to read about and how it was the soul is similar to what other people have in other religions. After reading this I feel like the practices that the Egyptians did are not that different from what we do today.

It is crazy to think about so many societies believed and continued to believe in some type of soul. As the author explained, for the Egyptians the “Ka” was the soul and they built a series of beliefs about how best to position people for the afterlife about this concept. But are we so different today compared to them? I mean you mentioned our modern societies and religious traditions believe in the soul.

This article was very informative of the Egyptian culture and their beliefs about the afterlife. The burial process is amazing, the meaning behind the mummification and removal of organs from the body and placing them in a jar is very interesting. In the eyes of the Egyptians, for the persons soul to pass on to the afterlife, the body should be mummified so the spirit- body to exist in the afterlife. However, the concept of the organ removal, and placing them into a jar and being buried with the body really surprises me. On that note its fascinating that the Egyptian funerary texts show the beginnings of the person that is buried. This article is very informative and interesting of the different cultures of beliefs.

It is interesting to learn a different burial culture from the article but there’s a few similarity with others, for example: they believed in the afterlife and that different people have different judgement based on their deeds. It also strikes me on how expensive a funeral can be in the ancient times to ensure a good afterlife and possibly being reborn into a better person. This is a great educational article that teaches us about different people and different culture in a more simpler way.

This article was very complete and detailed about the Egyptians. Egyptians had a deep belief in afterlife and different processes had to be made in order for the body to go to the afterlife and be happy. The whole process is amazing as they had to do different things like removing all the organs from the body, then mummify the body in order for the body’s soul to go to afterlife. Egyptian culture and belief in afterlife is very interesting and big!

It seems no one is fully confident that they know what happens after death. Since none of us have died, no one can say they have had the personal experience. Every religion has their own version of the afterlife because of this. It is amazing the people of Egypt had very strong beliefs they could predict what would happen in the afterlife and even had names for the people you would meet.

It is impressive the obsession of the ancient Egyptians with the death. It is important for us to know how our ancestors used to do ceremonies to pay respect to the deaths to understand our history through the world and how ceremonies have changed through time. Also, it was a very good detailed article about the Egyptians rituals during their time.

This article was very insightful! I have heard a reference to the “Ka” before, but have never heard or read an in-depth summary of it. Whenever mummies were discussed, it was only the embalming and mummification process. They never talked about the “ka.” This article was able to provide me with more insight into the Egyptian’s beliefs of an afterlife. I love reading about Egyptian mythology, so this provided good insight.

I loved this article! Despite my personal love for Egyptian history, this article was written very well. The way the author structured the article was very insightful and easy to understand the concepts being explained. The author was very descriptive with the rituals which helped the reader better visualize and understand from a different perspective. I also loved how the article explains how with time their customs began to change to adapt to their society and beliefs.