The Artful Way to Equality: Tattoos and Women 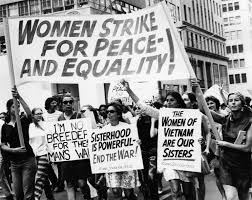 “In the never-ending project of women’s self-transformation, tattoos are both an end and a beginning, a problem and a solution.”1 From the first tattoo, they have been a way express oneself, whether culturally or religiously or just personally, and they prove that no matter what, you are your own person. In 2012, 23 percent of women in the United States had tattoos, while only 19 percent of men had, which was the first time in known history that more women than men had tattoos.2 Today, we see women everywhere with tattoos and it’s considered a norm, but it hasn’t always been that way. Many women did not start getting tattoos until the 1970’s, at a time when more female artists started to appear along with the rise of feminism. Women started to take control of their own bodies and make their own decisions.

Previous to the 1970s, the majority of women who had tattoos worked in the circus scene. In 1911, the first known female tattoo artist appeared. Maud Wagner was a contortionist in the circus and that was where she met her husband Gus Wagner, known as the “Tattooed Globetrotter.” She demanded that he teach her the art of tattooing, specifically the stick and poke method, and from there she began to tattoo herself and have her husband tattoo her. She became one of the first women to be in the circus with tattoos done by herself. Some sixty years later, women started to enter the field of tattooing.3

One of the first women to start tattooing of her own accord was Vyvyn Lazonga. Vyvyn Lazonga had been an artist since childhood, and in the early 1970s saw a magazine article about a tattooist named Cliff Raven. Raven was currently working in Los Angeles and doing tattoo work with Japanese styles and imagery, one of the first to truly try. Raven’s work inspired Lazonga to try tattooing herself, and in 1972 she moved to Seattle, where the tattoo scene was big.4

In 1972, Vyvyn Lazonga started her first apprenticeship under Danny Danzl, a retired merchant seaman. Lazonga didn’t consider herself a feminist until her apprenticeship with Danzl, due to the clear favoritism of the male artists over her. On most days, Lazonga had to deal with broken tools that she was not allowed to get fixed. She had to fight with Danzl to get him to fix her tools or allow her to fix her own tools. She often dealt with being paid less than her male co-workers. Lazonga had to watch men be promoted, men who had less skill and worked less time than she did. She frequently experienced crude language when dealing with male customers, even though some men were there to be specifically tattooed by a female artist, because they saw it as exciting or exotic. In Margot Mifflin’s Bodies of Subversion, Lazonga describes a specific time when a male customer came in with a group of friends and one friend commented on her sleeves by asking “how would you like to [have sex with] someone like that.”5 Lazonga often dealt with male customers making crude and snide comments about her tattoos.

In the 1970’s, women were fighting for their equality in the workplace. In 1963, the Equal Pay Act was passed, which forced employers to no longer be able to discriminate with pay based on ones gender. However, the act did not cover domestics, agricultural workers, executives, administrators, or professionals, which are the fields of employment held by women until an amendment was passed in 1972.6 Now women were able to get jobs with less worry about being rejected because of their gender. Women also started working in the workforce more, because they started putting off making a family, and with Roe v. Wade in 1973, women were able to terminate pregnancies if they weren’t ready for children or were in school or working.  Title VII, which made it illegal to discriminate based on sex, was passed in 1964, and the Pregnancy Discrimination Act of 1978 made it illegal to discriminate on women who were pregnant, which made it just a little easier for women to enter the work place and keep jobs.7

However, women still faced problems. Despite the Equal Pay Act, women still faced a large pay gap. Measured by hourly earnings of year-round workers, the wage gap was in the 35-37 percent range by early 1970s, and then narrowed to 33 percent by 1982.8 Men were being paid for the same jobs but with much higher salaries.

Sexual harassment that women faced in the work place was starting to become a large topic in the feminist community. Two main activist groups were formed: Working Women United in Ithaca, New York, and the Alliance Against Sexual Coercion in Cambridge, Massachusetts, both to fight against sexual harassment in the workplace.9 With groundbreaking court cases like Williams v. Saxbe, which ruled in favor of Ms. Williams who accused her boss of sexually harassing her and then firing her when she denied him, sexual harassment was starting to be addressed in more than just conventions and rallies. The courts recognized the “quid pro quo sexual harassment as a form of sex or gender based discrimination. Quid Pro Quo harassment occurs when an employer requires an employee to submit to unwelcome sexual advances, requests for sexual favors, or other verbal or physical conduct of a sexual nature as a condition of employment, either implicitly or explicitly.”10 Courts were starting to recognize the seriousness of the problem being presented.

Mary Jane Haake, who was one of the most influential tattoo artists of the time, was working as a legal secretary when she wandered into Bert Grimm’s shop during her lunch one day, and met Grimm and his wife in 1977. Bert Grimm mentored under tattoo legend Sailor George, and he bragged to have tattooed Pretty Boy Floyd and the US Marshall that captured him, as well as Bonnie and Clyde, and he tried to convince her to come back after work to get her first tattoo.11 Haake, impressed with everything Grimm had said, and having had a previous interest in art, did, and got a poesy.12

Haake then commenced a four-year apprenticeship under Grimm. During her apprenticeship, Grimm taught her how to camouflage scars and recreate hair with fine lines daily. Grimm had learned these techniques from tattooing World War II veterans who were injured in the war, and Haake became interested in the covering of scars. Haake took those lesson and started applying them to redrawing lips lost to cancer, recoloring skin grafts to match the surrounding areas, and disguising surgery scars, specifically after mastectomies.

She soon started receiving referrals from physicians and beauticians, and found herself holding seminars for plastic surgeons and dermatologists.13 In 1981, she opened her own shop where she still currently works, called Dermigraphics. Haake’s skill she learned from Grimm, and her own special touches introduced her to the medical world of cosmetic tattooing, where she primarily focuses today.

Unlike Vyvyn Lazonga, Mary Jane Haake received a college education. During her apprenticeship, she entered Pacific Northwest College of Art and majored in painting and sculpture. Haake did her thesis on tattoos and the human body.  In 1982, she got her degree from the Portland Art Museum School and was one of the first people, men or women, to get an official degree in tattooing at any university.14

The 1970’s was an explosive period for women to get an education. In 1972, Title IX of the Education Amendments was passed. Title IX prohibited discrimination based on gender in any federally-funded program or activity. With the creation of Title IX, women were able to enter universities without the worry of being denied based on their gender.15 In the 1970s, the Senate passed the Equal Rights Amendment, which proposed banning discrimination based on sex, but it fell short by three votes.16

It was not just in college that women were gaining educational momentum. In 1976, 119 women joined the Corps of Cadets, 62 of those women graduated in 1980. This was the first class of women at the United States Military Academy at West Point. The women still faced setbacks, such as disrespect and embarrassment. Multiple press conferences were held over the course of the women’s enrollment with the purpose of reversing the military’s decision to allow women into the Academy.17 But these opinions only pushed the women to do their best and prove that they should be there.

The 1970’s was a time of change. From the hippie movement to equal rights, people’s views of the world were changing. There were women who took up the fight to fight for equal rights with rallies and protests, then there were women like Lazonga and Haake who just simply did what they wanted, even though it was “forbidden.”