The British Working Class Participation in the Cult of Domesticity 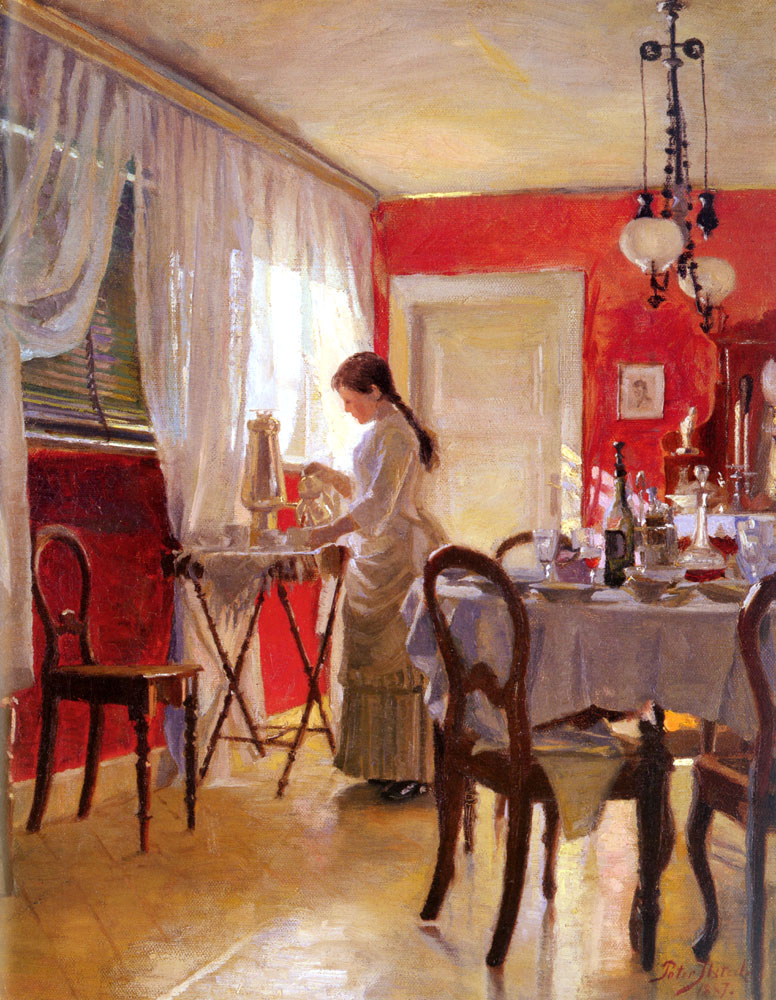 The Industrial Revolution changed the world in many ways. It brought capitalism and consumerism into being, changing the world’s outlook on wealth creation. It revolutionized technology, allowing the innovation of mass production to expand exponentially. Jobs in factories shifted labor from farming to factories. With this came the migration of people from countrysides into cities as the economy shifted from an agrarian society into an industrialized society. This shift altered the social structure of the family. Beginning in the early nineteenth century, as the effects of the Industrial Revolution began to settle, a pattern became visible. With the rise of industrial labor, men transformed their function from director of work to provider of income, developing their role in the public sphere as laborers and professionals. Meanwhile, women took on the role of educating the children and keeping the home in order, forming the private sphere within the household.1

As the Industrial Revolution changed the mold of society, the public sector and the private home became two isolated and separate worlds. The private sphere of influence that women were associated with in the nineteenth century refers to the realm in which a woman’s role was as the head of the domestic household. In contrast, men participated in the public sphere, which included the worlds of labor, politics, and association.4 In her role in the private sphere, a woman determined the social reproduction aspect of the family, as opposed to the economic production. Social reproduction is defined by feminists as the labor involved in the maintenance of a lifestyle as well as producing the next generation.5 This work goes beyond bearing children, including activities such as making food, clothing, and shelter immediately available; teaching and caring for children; caring for the elderly; and providing a good moral example within her home.6 From an early age, girls’ education centered around making good wives and mothers with programs that guaranteed gentility and femininity. By participating in such activities, women helped to form the organization of society through their families. While the class of their families contributed to the flexibility of their appearance in the public sphere, there is a clear distinction between public and private worlds.

The newly formed middle class of the nineteenth century is the most overwhelming indication of the separation of spheres. With industrialization on the rise, clear gender roles emerged as the social structure of the family changed.7 Whereas in the working class both women and men contributed to the family income, in middle-class families the men worked for wages while their wives stayed home to manage the household.8 This gave women of the middle class little opportunity to participate in the public sphere. A clear indicator of middle-class status was the ability to keep any number of servants. Most families had only one servant.9 Nevertheless, it was the women of the household that directed their work in their homes. This was the contribution they made to their household. The occupation of homemaker, though valuable to the family, cemented their lives in the private sphere. Mothers were expected to provide for the education of their children. It was because of this ideology that middle-class women were able to be educated in math, literature, history, and foreign language, and to teach their children in turn.10 As daughters grew up, the limited education they received was the basis for wives and mothers to properly fulfill their roles, teaching their children as the cycle of domesticity repeated itself.

Due to their economic need to work, working-class women had more of an opportunity to be in the public sphere. In order to survive, these women, as laborers, interacted with employers, landlords, police, and other public institutions such as schools.11 This blurred the line between the private and public spheres. It was for this reason that working-class women were seen as hostile and aggressive. Although they did have interactions in the public sphere, this conflicted with their assigned role as caretakers. In order to do what was necessary to provide for their families, they were perceived as risking their moral virtue by entering the public sphere. With this morality at stake, it was easy for society to question these women’s ability to care for a household when the private and public spheres were viewed as being so isolated from each other. Thus, being employed in a factory, or another public institution was viewed as unfavorable to working-class families seeking jobs for their daughters. These daughters were to grow to become the wives and mothers of the next generation, so they needed to be viewed with the capability to support domesticity. Therefore, when women had the choice, these young women often chose to be employed as a servant, which was a less humiliating alternative to factory work.12

These young, working-class women helped their families by earning income while remaining in the private sphere. Their class status remained distinctly working class, as it was the distinction to hire a servant in the first place that separated the middle class from the working class. But even when a working-class daughter or wife needed to contribute to the family’s income, if she chose to work as a domestic servant, her could remain largely in the private sphere, although in the private sphere of another woman’s home. An 1891 study shows that out of the 772 domestic servants working in Lancaster, only eight were men.13 Clearly there is an overwhelming difference in number of female servants as opposed to male domestics. Thus, by the Victorian standards that fostered the separate spheres sensibilities, these working-class women were subsequently choosing to remain in the private realm. The same study shows that the majority of servants were young single women. This indicates that these women were preparing for their lives as wives and mothers by supporting their father’s household through work in a private home.14 It further shows that young women worked in factories and entered the public sphere only when absolutely necessary.

Through the examinations of the work that women of the lower and middle classes contributed to their families, there is a clear distinction that emerged in contrast to their husbands and fathers. While middle-class women dedicated their lives to their work in the privacy of their homes, working-class women were required to roam the male-dominated public sphere by working. Still, a clear distinction emerges, as working women often chose jobs in the homes of the wealthier classes. Through this evidence, I have argued that women most often sought to remain in the private sphere, either as middle-class women or as working-class servants, while their husbands and fathers worked to provide for their families economically. Therefore, despite the claim that participation in the restrictions of the private sphere pertained only to the middle class, it is clear that working-class women often chose to work in the private sphere rather than in the public eye.