“The Day the Tables Turned”: The Story of the Stonewall Riots 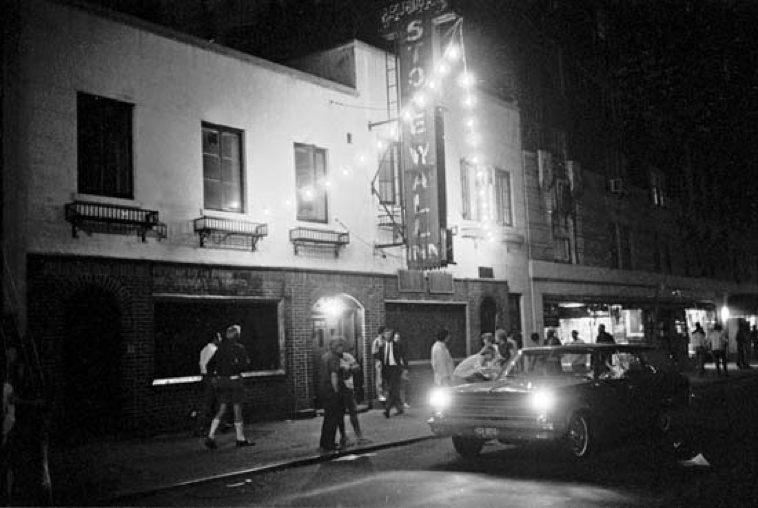 Forced to retreat into the very establishment in which they were running people out off, the fearful and injured eight detectives were able to push and create a path for themselves. Once inside, they boarded the doors of the Stonewall Inn and called for backup. At the moment, the bar served as their only protection from the angry rioters outside. Before they knew it the Stonewall Inn, ironically their only sanctuary at the moment, was breaking. Windows around them were shattering and Molotov cocktails were thrown in. Flames, although not very strong, began to build around them.1 Soon after, the front door was broken down leaving the detectives exposed and vulnerable. One would agree that feelings of dread, lonesomeness, and hopelessness were the emotions that filled the detectives, as would anyone in their situation. However, these were familiar everyday feelings that the rioters outside had long felt. But how did we get to this moment?

On the hot summer day of June 28, 1969, a rather morbid atmosphere filled the air of the Stonewall Inn as people were mourning the recent death of Judy Garland, a popular actress known for her role as Dorothy in The Wizard of Oz. She was greatly adored in the gay community.2 Sadly, the gay community could not say that they felt any adoration or appreciation as Garland was receiving. What they felt was quite the opposite. This is why many gays frequented the Stonewall Inn. The Stonewall Inn, located in Greenwich Village, a neighborhood of Manhattan, New York, was a home to many homosexual individuals, as they could gather there free of social and political judgement. Outside of their safe haven, all hid their true identities and selves, putting on a façade for others to see. When some men were “outed” or labeled as being as homosexual, only true hell was to follow, with no light at the end of the tunnel. Homosexuals were treated as abominations by strangers, their own families, and even the law. The year 1952 marked the establishment of the McCarran-Walter Act. This act was a revision to an existing immigration law that allowed one to be deported, or to be denied entry to the country if one were a “psychopathic personality.” Conveniently, a homosexual fitted the profile of a psychopathic personality in the eyes of the law. Homosexuality was even treated as a mental disease at this time. Arrested homosexuals were often sent for psychiatric evaluation, and most were found as having psychotic tendencies and personalities. Psychologist and psychiatrist would perform counseling and treatments in order to “cure homosexuals and revert them back to their original state.” There were even extreme cases in which lobotomies were performed on homosexual individuals. However, people believed that science wasn’t the only method of treating homosexuality. The other treatment was religion and prayer. American church congregations had been taught to believe that homosexuality was a form of sin and that the devil was to blame. In order to rid oneself of sin and these temptations, one could “pray the gay away.” Although not to the same degree, we still see both these problems today, especially within the church. In 1969, one could even find themselves on the front page of the newspaper, shamefully describing their sexual orientation. Soon after, they would lose their job, insurance, credit, and family. Homophobia doesn’t discriminate, and all these problems were also known to effect homosexual women as well.3

The Stonewall Inn was also a popular spot where many came to illegally drink and dance. Bisexuals and drag queens also frequented the bar. At this time in the United States (1969), much like it is in current day Russia, it was illegal to cross dress, dress as a drag queen, and serve alcohol to homosexuals. These “laws” were constantly being broken; so, police would perform frequent raids on bars that they suspected of housing gays and ones that they thought were illegally serving alcohol without a license.4 On this specific night, the police obtained a warrant and were scheduled to perform a routine raid on the Stonewall Inn at around 2:00 AM, when the people inside would least expect it. The officers believed they were adequately prepared as no serious problems or resistance were known to occur when homosexuals were involved. Little did they know they were in for a rude awakening. As they barged into the bar, two bright-white lights flashed on the dance floor, a well-known signal within the gay community. This indicated to everyone that the police were present. Immediately, the eight detectives demanded for everyone to leave the bar, including the staff, and line up outside with their identification. The people inside, though angry and irritated, followed the orders given to them. With individuals lined up against the Stonewall Inn outside, a police wagon then pulled up, opened, and officers then began to arrest multiple drag queens, people without proper identification, and staff. As people were being detained, enraged onlookers yelled “Pigs,” “Abuse of Power,” and “Police Brutality” to the detectives. An uproar then followed. No one knows today who exactly started the riots, but one can agree that the community finally snapped. The years of abuse, the treatment directed to Lesbian, Gay, Bisexual, Transgender, and Queer (LGBTQ+) individuals, and the fact that they were to be arrested for being who they were, finally lead up to that moment. That was the moment when they had had enough. And at this moment, multiple people reported that a drag queen escaped from the hands of one of the detectives, turned around, and punched them in the face. This one punch would be responsible for starting a revolution.5

This action triggered almost everyone involved to begin throwing bottles, stones, and other objects at the detectives and their vehicles. As you can imagine, things only escalated from there, leading the police then to run back into the bar for shelter. Rioters managed to break off a parking meter and began to beat the door of the Stonewall with it. Once that shelter was breached, drag queens and homosexual men threw punches at the police as the police threw punches at them. Quickly word spread through the city and hundreds of onlookers, mostly from the LGBTQ+ community, gathered outside the bar. The uproar then continued to grow tremendously.

When reinforcements arrived, more specifically the Tactical Patrol Force, they fought head-on with all the rioters. The Tactical Police Force were dressed in helmets with visors and were in body armor. They also yielded tear gas, riot shields, and other weapons. The Tactical Police Force linked arms and attempted to sweep the streets clear of people but they inevitably failed. Their numbers were small compared to how many rioters were present. From this, they had no other choice but to charge into the crowd. Men and women were brutally clubbed to the ground, and police force members were injured from different objects being thrown and blunt force from rioters. It wasn’t until after 4 AM, that the police were officially withdrawn.6 However, the riots did not end. Some rioters were arrested and charged with assault, resisting arrest, selling alcohol without a license, harassment, and for many other reasons. Even after the withdrawal of the police, people roamed the streets and continued to gather together chanting their opinions on the police and everyday people.

The Stonewall Riots continued for days to come and grew more violent with each day. Once Greenwich Village was settled and calmer, many visited the Stonewall Inn to see the damage that was left as a result. Streets were filled with trash and graffiti was drawn on the Stonewall Inn with slogans stating, “Legalize gay bars.” Word spread across the United States of how LGBTQ+ members were tired of being oppressed and segregated, and how they would use violence if necessary, in order to be treated as equals. These riots, a foundational event, sparked many LGBTQ+ movements, gave people the confidence to oppose the government, and gave them the courage to demand that they be treated as humans and not as scoundrels. Slogans such a “gay power” and “homosexuals are human too” began to appear. In the following month of July, organizations that focused on the empowerment of gay individuals were established. The first is known as the Gay Liberation Front (GLF). Although, there are still problems being faced today within the LGBTQ+ community; such as transgendered rights, the Stonewall Rioters were key factors in their movement up the social and political ladder.7 What took place at the Stonewall Inn is a story that isn’t commonly shared or taught in history books or classes today. Regardless of the fact that the people directly involved are homosexual individuals, history is history, and it should be shared so that we are not doomed to repeat ourselves.