The days leading up to John F. Kennedy’s Assassination 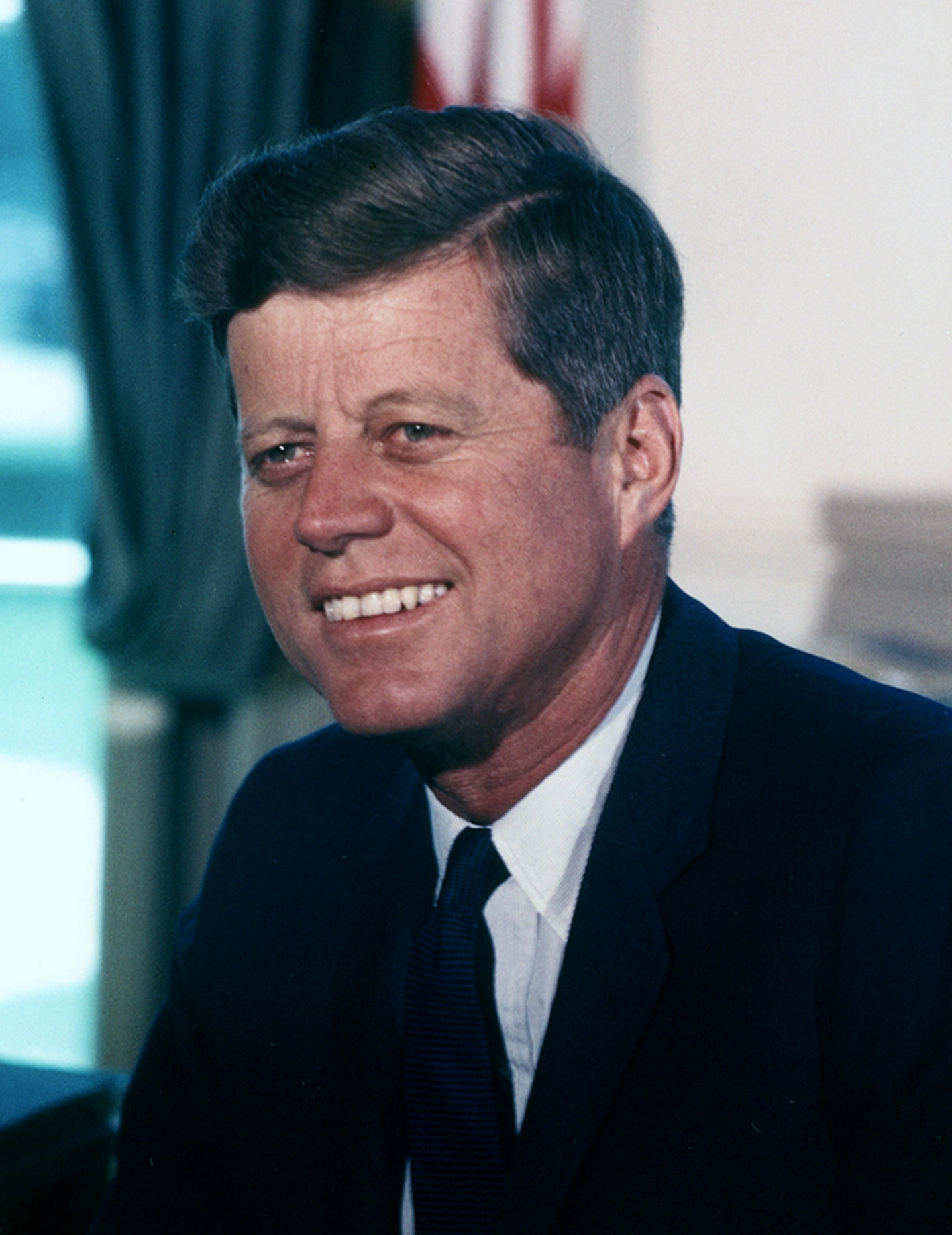 November 22, 1963 was a dark day for America. It was one of those days in the life of a nation when everyone remembers exactly where they were when they heard the news: Kennedy has been shot. New generations of Americans have since been born that did not experience that chilling day. For those who may not know, the people of Dallas were not strong supporters of President John F. Kennedy’s policies, ranging from his support for racial integration and his intention to ban nuclear testing, to rumors of his negotiations with the Soviet Union. Kennedy had hoped to smooth over many of those conflicts and win over many of those who opposed to him in Dallas by going to talk to his critics. His intention for that day in November was to drive through Dallas, give a speech to about 2500 local business leaders, and then ride through the streets of downtown Dallas, seeing thousands of people along the way. He hoped to calm the conflicts between the people who were against him and wanted to create a sense of peace.

Kennedy’s Secret Service Agents had warned Kennedy of the risks of riding through Dallas openly exposed in a “bubble top down” limousine. But Kennedy wanted to wave to his fans and supporters. Disregarding the concern, President Kennedy ordered the car’s top to be removed, and obviously being the president, he got what he wanted.1

By Kennedy’s side sat the beautiful First Lady Jacqueline Kennedy, with Texas Governor John Connally and his wife Nellie riding in the front seats. John F. Kennedy had been in San Antonio as well as Houston the day before riding through and waving to his beloved supporters and fans.2 While in San Antonio with Vice President Lyndon B. Johnson, they visited the United States Air Force School of Aerospace Medicine, as well as attend a testimonial dinner in Houston for United States representative Albert Thomas. The two then flew to Fort Worth to spend the night and rest there. The following morning, Novemeber 22, John F. Kennedy went on to a breakfast sponsored by the Fort Worth Chamber of Commerce, and then flew to Dallas to meet with his lovely wife, and start the ride through Dallas.3

The drive started off with the car making its way through downtown Dallas. The car made a quick left turn onto Elm Street, but to do so, the driver, Secret Service agent William Greer, had to drive at a speed of 11 mph, which was a direct violation of the rules given to ensure the safety of the president. They then rode past the Texas School Book Depository, and then towards a small grassy area called Dealey Plaza.

The large clock seen by many on the top of the billboard atop the Book Depository struck 12:30 pm, and within a matter of seconds sounds of gunshots, screams, and fear echoed through the streets of Dallas. Although it is not clear whether three to six shots were actually fired, it is known for a fact that one pierced through John F. Kennedy’s skull, painting the car red, and Mrs. Kennedy’s hands were suddenly filled with bits and pieces of his actual brain. She went into shock and repeated how she was literally holding her husband’s brains. It was a horrible memory that would last forever in her mind.

The Warren Commission was tasked with investigating the assassination, and it issued its findings less than a year later, concluding that Oswald had perfectly planned out the assassination, and the evidence used to prove it was that he was the only person on duty for the sixth floor at that exact time when JFK was shot, and that three bullets traced directly to his Mannlicher-Carcano meant he had to have fired at JFK.4

What led this man to commit such an act? We have learned that Lee Harvey Oswald’s childhood had been very sad; his mother showed him no love, despite all his efforts to please her, which is rough; every child needs love from their mother. Oswald’s father died leaving him and his siblings to grow up in an orphanage. Being deprived of the affection of parents, he often found himself in trouble. An incident with the Bronx zoo police due to truancy led to the findings that Oswald was of great intelligence paired with hostility and aggression. Oswald joined the US marines at the age of seventeen, and served a short time. He did not take reprimands from his superiors well. From June 1962 to November 1963, Oswald worked for a commercial photography business, a coffee company, and, finally, the Texas School Book Depository in Dallas. There is evidence that in March of 1963 he purchased a rifle and revolver from a mail-order company. Around the same time, April 1963, rumors spread of an attempted assassination on a right-wing extremist, General Edwin Walker. Oswald’s record began when he was arrested twice later that year, in August, for disturbances with anti-Castro Cubans. Oswald took a bus trip to Mexico City, where he visited the Soviet and Cuban embassies in an attempt to obtain a visa to enter Cuba. Being denied entrance into Cuba, Oswald returned to his family in Texas and obtained employment at the Book Depository.5

The evidence found that Oswald must have fled the depository within three minutes after the shooting, then got on a bus, from which he then exited, and then proceeded to enter a taxicab. Soon after the shooting, the Dallas police radioed a description of the suspect to all members of the police force and placed them on alert. Oswald, who had gone to his room and carried his .38-caliber pistol, was approached by police officer J. D. Tippit. Sadly, he shot and killed Tippit and ran to the Texas Theatre, where he was arrested at 2:50 pm.6 Kennedy was rushed to Parkland Memorial Hospital. Despite all the doctors’ efforts, Kennedy was pronounced dead at 1:00 pm, November 22, 1963. Oswald was subsequently murdered before he could even face a court. On November 24, 1963, he was murdered by a night club owner, Jack Ruby.

Jack Ruby was a severely distraught man, who felt a truly deep connection to JFK, which is the primary reason he targeted Lee Harvey Oswald. He was emotionally broken by the so recent and painful loss of the president. Ruby took matters into his own hands. He made a plan, and acted immediately on it. His first stop was an easy stop for him. As he walked through the doors of the Dallas Police Headquarters,  police saw nothing more than a friendly-faced man, not knowing his true intentions. He had knowledge of Oswald entering and being held in the facility, which explains why he wanted to wait to see him. Ruby waited, and overheard bad news. He heard that there was a problem with the transportation of some sort, and realized his plan was going to need to be reconstructed. He chose to wait Oswald out. While waiting, things delayed the schedule, and led to Ruby parking one block away, re-entering the building and hiding in the basement garage of the police basement. While waiting out the arrival of Oswald, he noticed the guard on watch at the time had left, and saw an opening to make his way towards the spot Oswald was to arrive at. Making his way, Ruby saw many reporters, and camera lights were going off constantly. And then saw Lee Harvey Oswald. He made his way towards Oswald holding the .38 caliber and then fired at Oswald, killing him on live television. People around the nation witnessed the murder happen within seconds, and then they witnessed the arrest of Jack Ruby that happened immediately after his killing. Ironically, Oswald was rushed to the same hospital where Kennedy had been taken just two days earlier. He was buried the same day Kennedy was laid to rest, November 25, 1963.

John F. Kennedy had a beautiful service. The site was designed by a long known friend, John Carl Wernicke. He was buried in Arlington National Cemetery, and was marked with an eternal flame, symbolizing his lifelong and eternal remembrance. The 22nd day of November, 1963 is a day that will be remembered by many as one of the nation’s saddest days. This was the day the thirty-fifth president, John Fitzgerald Kennedy, was assassinated. This was the day that the nation lost one of its most beloved presidents. This day impacted so many people’s lives because all went through this tragedy together.7