Turning to the Right: Why South Texas Latinos are Moving to the Republican Party 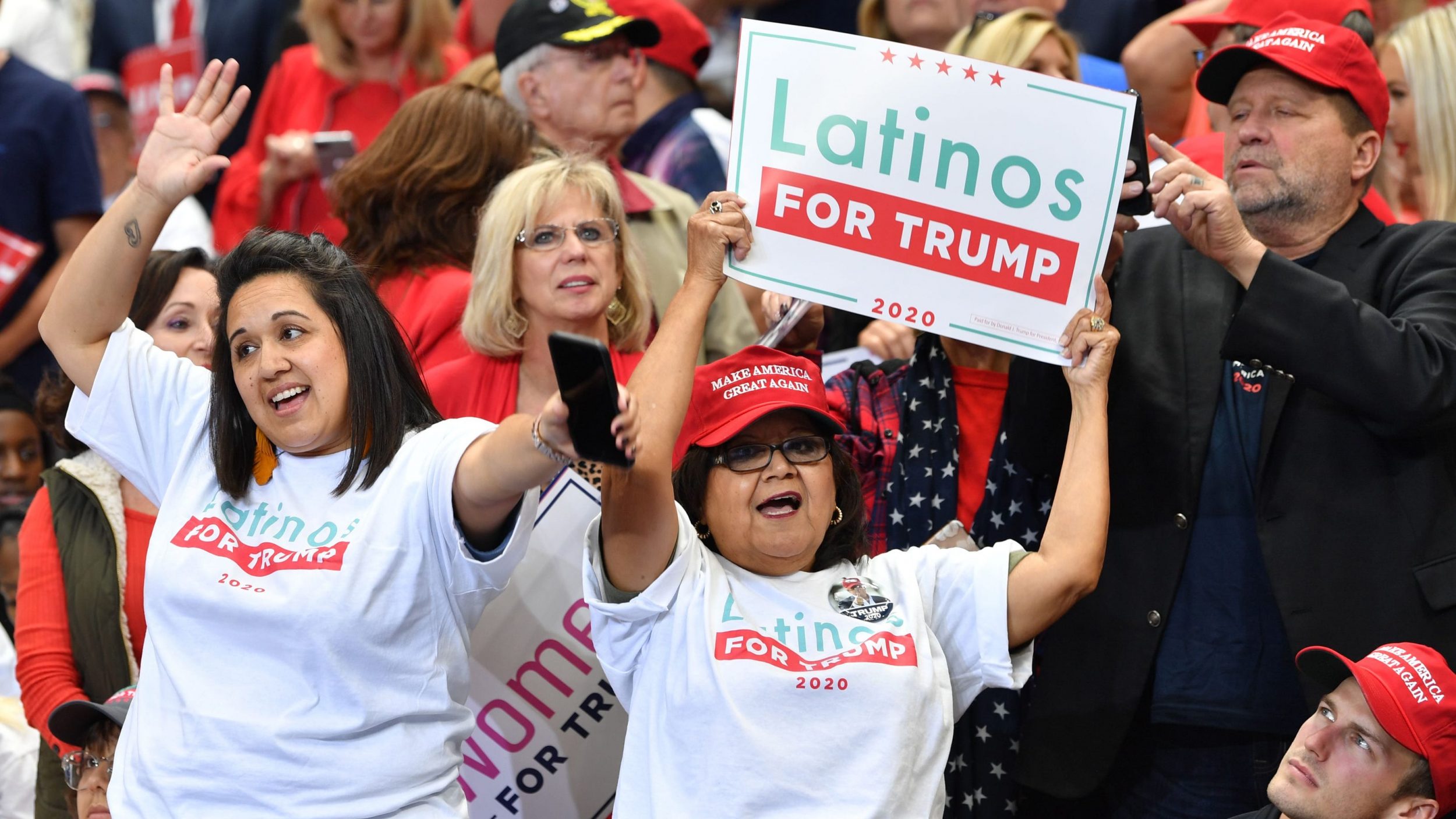 In general, Americans tend to forget that the Latino community is not a monolith. It is a group of people that is diverse historically, ethnically, and culturally. Contrary to this diversity, though, historically speaking Latinos have appeared to be monolithic in their voting. When one thinks of Latinos in the political sense, they are usually considered as locked in reliable votes for the Democratic Party. However, recent elections have shown that Latinos across America are increasingly going against this expectation and voting for Republican candidates. Nowhere is this more evident than in South Texas.

What was once a sixty point blowout victory for Hillary Clinton in Starr County, is now a too close for comfort five point win for Joe Biden. Donald Trump also managed to improve in Hidalgo County by 23 points from his 2016 performance. While managing to shift each county in the Rio Grande Valley by at least 10 percentage points, Donald Trump also managed to make significant inroads with Latinos in other counties along the Mexican border. In Webb County, he improved his performance from 2016 to 2020 by 15%. Trump also became the first Republican candidate to win Zapata County in 100 years.5 Along with Donald Trump, many GOP candidates won local races for mayor, city council, and Congress in these counties along the border in South Texas. So how could this happen? How could Donald Trump, with being branded by the mainstream media as anti-Mexican/Latino/immigration (whether true or untrue), improve performance wise among Latinos in South Texas? How can a historically Democratic stronghold seemingly appear to be slipping away into the grasp of the GOP?

Well, it has to do with political strategy and political assumption. Before the 2020 census was released, demographers predicted that Texan Hispanics would become the state’s largest demographic group at 41% overtaking non-Hispanic white Texans.6 This prediction gave Democrats the belief that they would make inroads in Texas, as most Hispanic Texans vote Democratic. In order to bring out the vote and motivate their base, the Democrats developed an identity-based strategy, focusing on diversity and immigration with bilingual messaging. What the Democratic Party failed to realize, though, is that Texas Latinos in general are socially conservative. This social conservatism is especially applicable to Latinos in South Texas, many of whom are ardent defenders of gun rights, Catholic, in favor of restricting abortion, hunters, oil and gas industry workers, and supporters of law enforcement.7

With seemingly so much in common with conservative and Republican policy, then why have South Texas Latinos historically voted for Democratic candidates? Starting with John F. Kennedy’s campaign that made an effort to reach Mexican Americans, it has become culturally expected among Latinos for Latinos to vote Democrat. It has become in some ways tradition, akin to eating tamales for Christmas. This tradition is passed down from parents to children, with the Democratic Party being ingrained in their childhood.8 With this being the case, then how could the GOP make a significant dent in what was once a seemingly invincible Democratic stronghold?

Well, there is no one obvious answer. Many Republicans believe this is a long term switch and see many opportunities for potential voters. Many Democrats believe this is a one-time phenomenon, with factors such as COVID-19 affecting their ability to reach voters on the ground, the chaotic events of the year 2020, and Trump himself. It may be a combination of both beliefs, with many South Texas Latino voters claiming to no longer recognize the Democratic Party from their childhood, and believing it has gone too far-left. Because of this change in ideology, many South Texan Latinos are beginning to believe the GOP is the party they align with and is the party that will ease their concerns about the oil and gas industry, gun rights, religious beliefs, and law enforcement. In particular, during the Presidential debates Joe Biden announced his intent to abandon the fossil fuel industry, which is a large part of the economy in South Texas and offers many jobs. There was also national discussion led by the Democratic Party to defund the police, with law enforcement and the border patrol offering many jobs along the southern border. And now, onto Trump himself. Many voters felt enthusiasm about Trump, believing he finally gave them a reason to vote Republican. They also felt a sense of machismo from Trump, and viewed him as a type of luchador character that turned politics into a Mexican wrestling match, which they appreciated.9

This surprise of a turnout is forcing both political parties to rethink their strategies to garner the Latino vote, especially in South Texas. For Republicans, what was once a Democratic stronghold is now showing weakness and plenty of opportunity. To continue gaining voters in South Texas, they need to focus on emphasizing issues Latinos identity with and increase their grassroots efforts in connecting with the voters. For the Democratic Party, they need to recognize they can no longer rely on the South Texas Latino vote and to realize this group of Latinos have unique needs and concerns not found anywhere else in the country. Instead of relying on historical tradition, they need to abandon identity-based politics and offer alternative solutions to the issues facing South Texas Latino voters.

This was a very fascinating article to read. I have many family members who are conservatives. I have always wondered why all of a sudden Latinos were switching over to the Republican party. This article provided a very clear and perfect explanation. Everything you said on why they believe in things like anti-abortion laws, and religion were exactly on point. I see debates about this all the time with my family. Everyone has their own opinions and I can respect that. Again, this provided a very clear explanation for me, so thank you.

Nice well thought out article! Coming from west Texas, where most Hispanics are democrats, it is interesting to read the point of view of others just like us. I come from a family where one side is democrats and the others are republican, so as far as understanding both parties beliefs, I for one can say that it is easy to follow a person who is outspoken and brutally honest with his word choice. I think that when it is all said and done most hispanics are driven morally rather than economically which is how Trump chooses to base his campaign off of. Right now our country needs to be doing whatever we can to boost our economy because inflation is at its peak and lots of ethnic groups, with their own right, choose not to follow due to racism or contrary beliefs regarding race.

I’ve always become interested in why more Latinos and Latinas became republicans because Donald Trump did hate the Hispanic race. I find it funny how Donald Trump tried to use these people by giving them stuff, and then once he got what he wanted, he still treated them like dirt. The wall was another thing that made me question their decisions, but from reading this article, I see and have a better understanding of why they made this decision. Plus, I don’t know too much about politics, and this seemed like an exciting topic. Excellent writing.

I thought the author did a great job on writing this article. It is surprising the percentages of Latinos who were Republican voters during recent elections. It is also crazy how many Latinos viewed Trump the way they did. I think that this article did a very excellent job in providing us with answer to why many Latinos were becoming Republican voters rather than Democratics. In addition, I think that everyone has their own ways of how they view things and what they think of certain things that happen as far as politics.

This was a very interesting topic you chose many would say this is controversial, but I’m glad you did wrote about this. This was an interesting intake about the almost stereotypical views that Latinos are against Trump and republicans because of the idea of the wall. This article was very informative and opened my eyes to this situation. You also had great statistics to back this up which made your arguments even more valid. Great job on your work.

Very interesting article! I like how you pointed out that most Latinos are socially conservative. I think Latinos don’t appreciate the progressive ideas they see floating around from people they would classify as democrats. Funnily enough, the culture instilled in them from a young age (despite previous affiliation with the Democratic Party) is what has brought them to vote for the Republican Party in recent elections.

This article was intriguing and had me wanting to read more. I did not know why Latinos were voting more for a Republican Party, but you provided us with a great explanation as to why and you did a great job at providing the numbers that were won over in each county. It was weird how Trump played out the way he was gaining his voters and in the end, still treated latinos like we were nothing. It really goes to show that sometimes the runners would say things just to get majority vote.

This was a fairly interesting article. I hadn’t put much thought into the different view points, and this article has opened my eyes and brought many different view points. I had noticed the sudden switch of a good percentage of the Latino community but never noticed it fully.

I do like how the article talks about Hispanics though I do not think kindly about the topic. I believe just because Hispanics always were about democracy doesn’t mean they can not switch. Also, why is it such a surprise? I believe that it just has to do with the right candidates, that’s how Donald Trump won the last election before Biden and how Biden won. It is about the candidates. Sure, the party also has a major effect but that still doesn’t matter as much from the candidates themselves. The article is good, bringing up numbers from a different county and giving us serious data and a point but the topic is not my cup of tea.

I really enjoyed your article and found it very informing, mainly in the analysis of why the Hispanic vote is typically more conservative, especially in their social views. I also think the comparison between the 2016 and 2020 county voters was interesting. As many other people, I did not expect the Hispanic population to vote the way they did with that close of margins. But despite all the statistics, I strongly believe the candidates themselves do also play a large role in any election.